Are you sick of unrealistic games with 6+ goals every other match? Are you sick of Tiki-Taka, possession-based, ultra-offensive tactics? So was I, so I started tweaking my own tactic. I couldn't wait to try the new WCB role, so I went straight to my favourite 3 ATB tactician, Antonio Conte.
Conte played a dynamic system at Juve and Inter, specifically a 5-3-2 defending and 3-3-4 attacking, using a 3atb with a Deep Lying Playmaker as a pivot with a Mezzala and B2B Mid ahead of him focused on creating overloads out wide with the WBs, who provide the only width in this formation. Up front it has a big-small pairing, similar to Lukaku and Lautaro at Inter. Now, to translating this into the game! 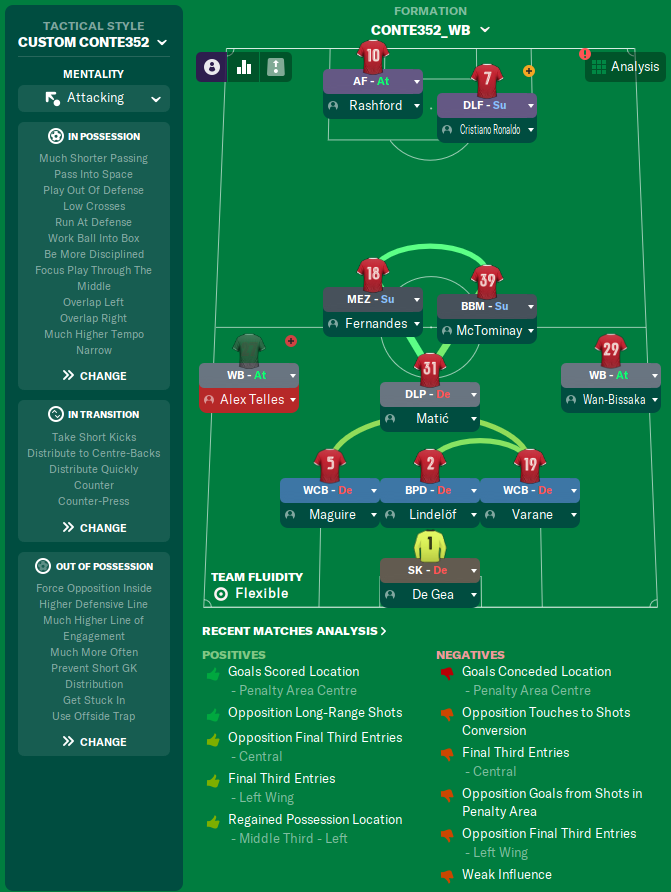 1) Sweeper Keeper (Defend)
Not much to say about this role.

3) 2 x Wide Center Back (Defend)
Easy to fill role, hard to fill with someone who will excel at it. Main purpose is to cover the space left by the WB when he's not there and going slightly more central if the WB is there, to help him press and overload the side in defence. When playing on the opposite side of action, needs to act like a second DC. Positioning and Off the Ball are crucial.
Key Attributes: Off the Ball (VERY VERY IMPORTANT!), Positioning, rest of the usual DC stats.

4) 2 x Wing Back (Attack)
Considering these guys are our only width and crucial to this whole tactic, you might want to get some good ones. They need to go up and down the pitch all game and try to provide danger in the offensive, while also running back to help defend.
Key Attributes: Stamina, Work Rate, Pace, Crossing, Tackling

5) Deep Lying Playmaker (Defend)
Defend role tends to keep him more stable, as he should be. This is our pivot, with his main role being of playing central, quick combinations with the other midfielders (including WBs) to penetrate opposing lines, while staying relatively deep in possession to help cover for missing midfielders in case of a counter and provide a deep passing option that is not a DC.
Key Attributes: Passing, Vision, Tackling, Teamwork, First Touch

6) Mezzala (Support)
Lingers a little wider than his B2B partner. Is on the Advanced Forward's side because there tends to be a lot of spaces to get into there, as the Forward stays up most of the time. His job is to get behind lines and offer his teammates a diagonal passing option. Instructed to carry the ball forward and give strikers time to find space. Generally, this is a place to put your more technical, less defensive minded midfielder to dribble and find space and try through balls.
Key Attributes: Dribbling, Passing, Off the Ball, Stamina, Work Rate

7) Box To Box Midfielder (Support)
A more defensive option to balance out the midfield. Has a Deep Lying Forward on his side, so there's not quite so much space to work with. His main role is to be the engine of your midfield: pressing, carrying the ball forward, trying to play his teammates in, this guy has to do it all.
Key Attributes: Stamina, Work Rate, Pace, Overall

8) Deep Lying Forward (Support)
This is our bigger guy. Be careful though, this is not a Target Man, as is the usual in this pairing, even in Conte's Juve. It helps to be taller, but essentially here you want a strong, technical, good passer. This guy's job is to play with his back to the keeper and try to play someone else in with a smart pass, or just be the go-to pass in the final third. However, he must also be able to find space after passing the ball, so Off the Ball is again very important.
Key Attributes: Passing, Off the Ball, Strength, Finishing, Technique

9) Advanced Forward (Attack)
This is our smaller guy. His only job is to get behind the defence and score. Pretty much a pacy poacher. Useful to have a good pass in him as well as to not miss and lose the ball, but more often than not he won't need to do anything else than to put the ball in the back of the net.
Key Attributes: Finishing, Pace, Off the Ball, Composure, First Touch

1) Defence
Yes, I used the game where I beat RM 5-1. Yes, it is a humblebrag. No, I don't know why McTominay is my Deep Lying Playmaker, I simulated the season without transfers or controlling the matches myself. 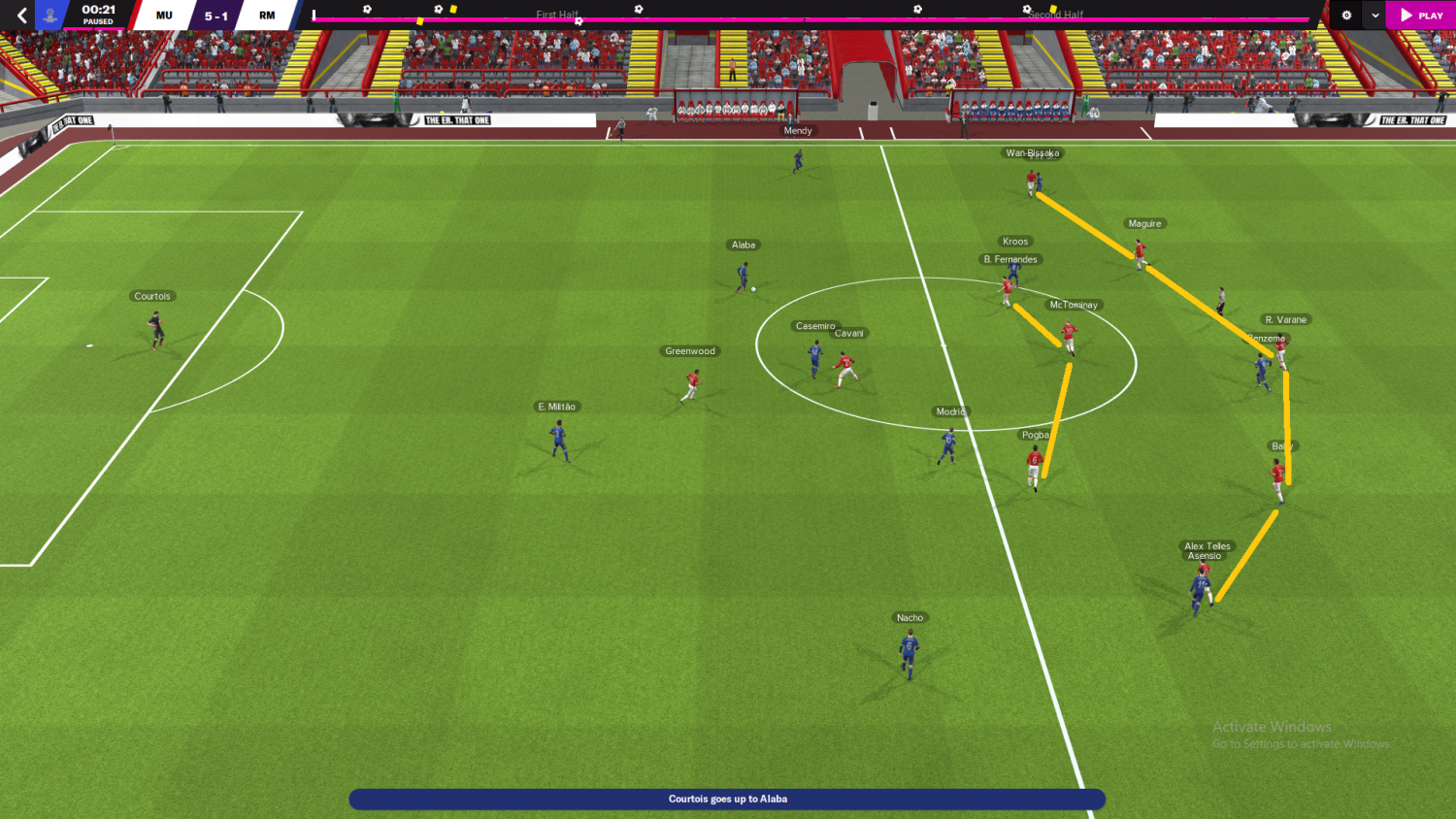 Not quite that much to say on defence. Main points to take away:
2) Attack 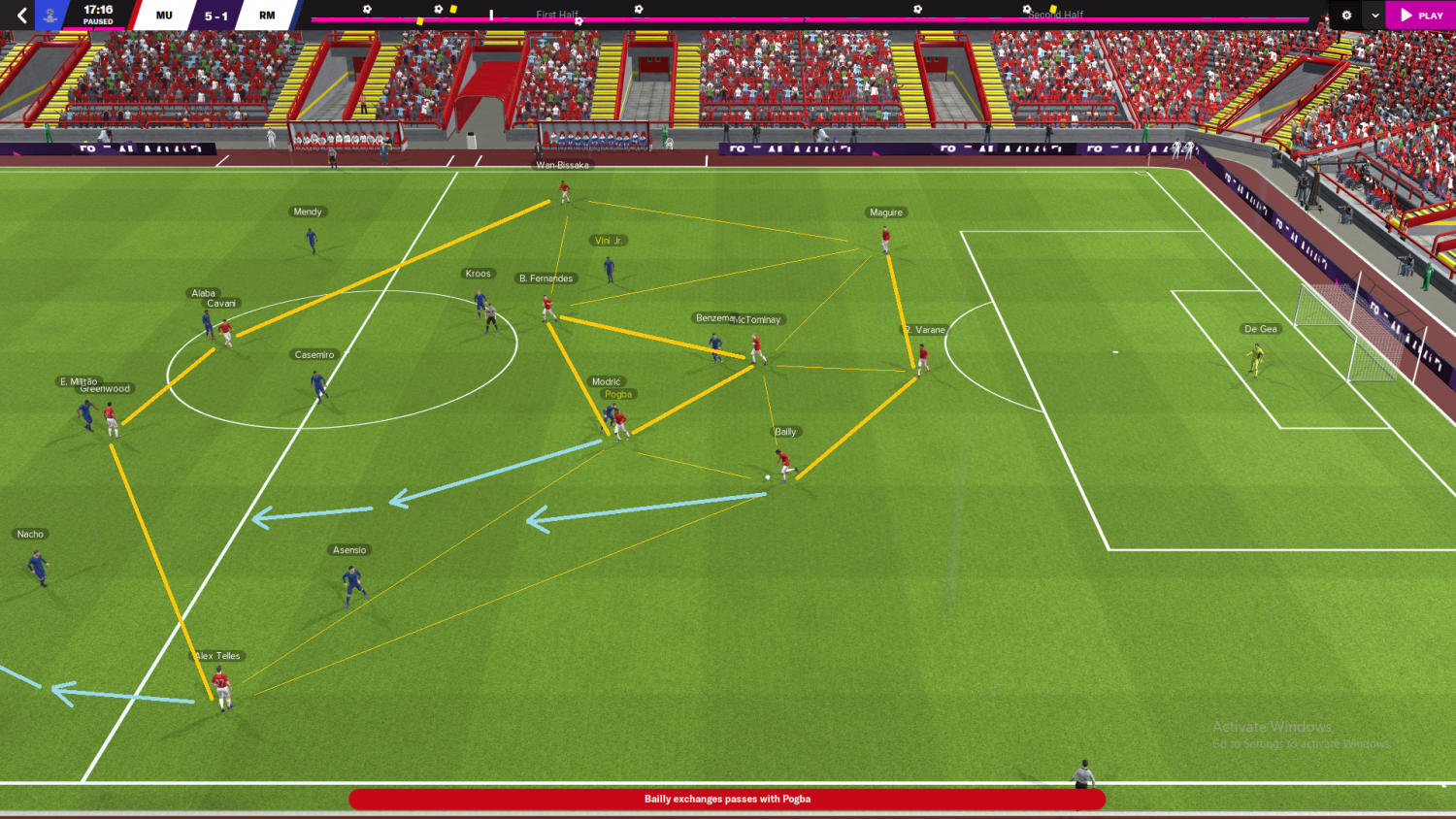 The attacking side of things is heavily based on quick passing combinations to get out of defence, then launch people into space, as we have so many that will look for it. In the above picture, there are a few things to take away:
4. Results

!!! ALL RESULTS ARE NO CHANGES/TRANSFERS AND THEN VACATION UNTIL END OF SEASON !!! 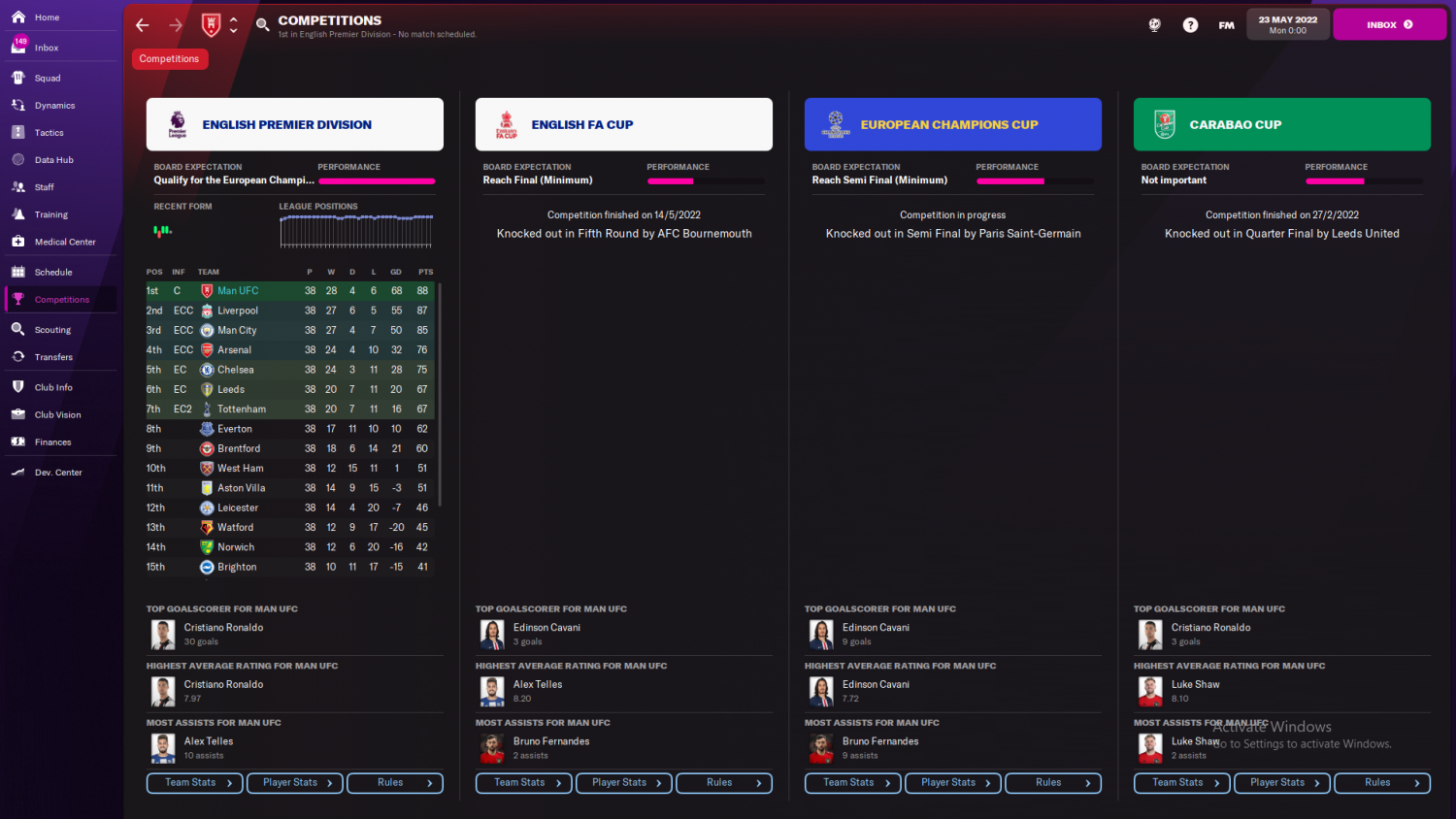 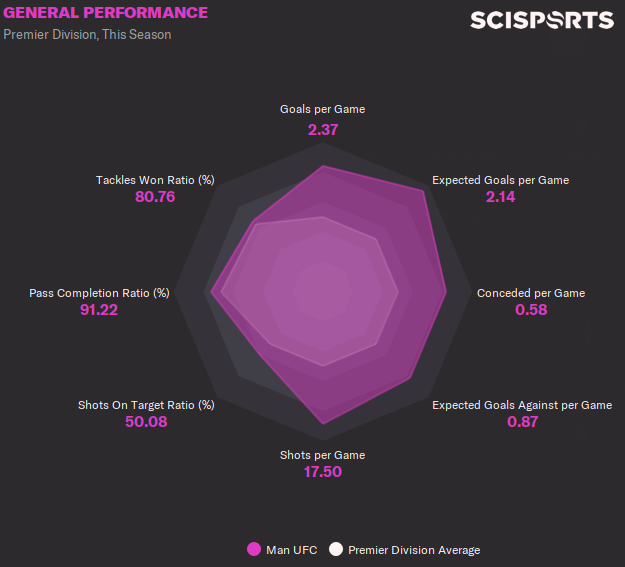 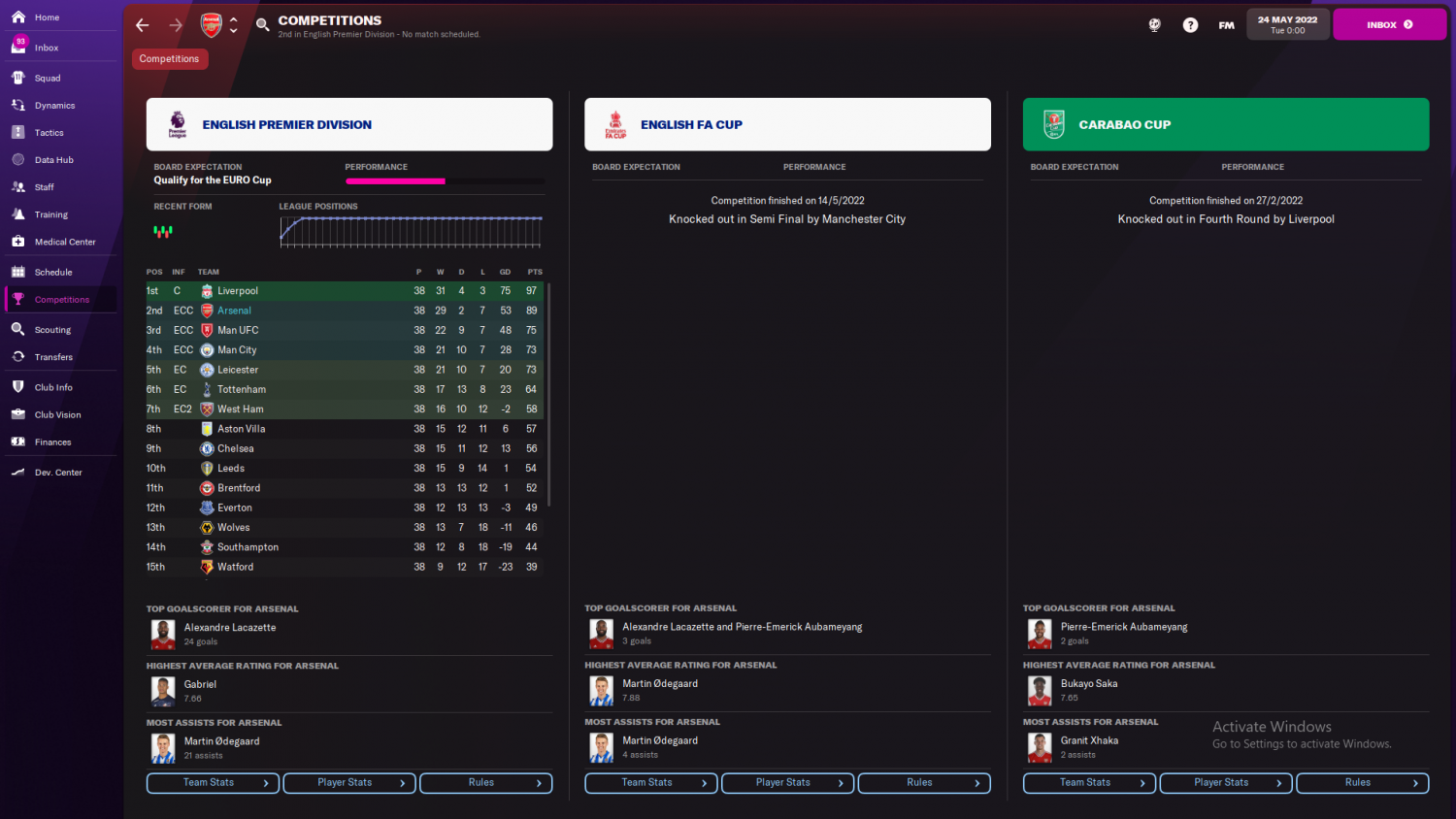 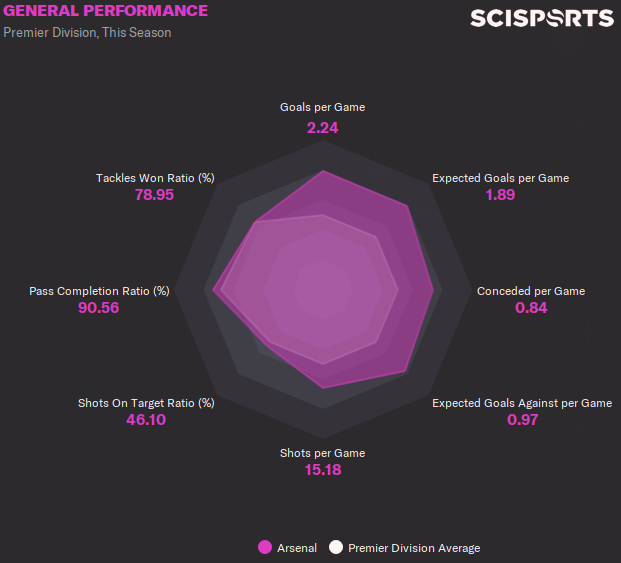 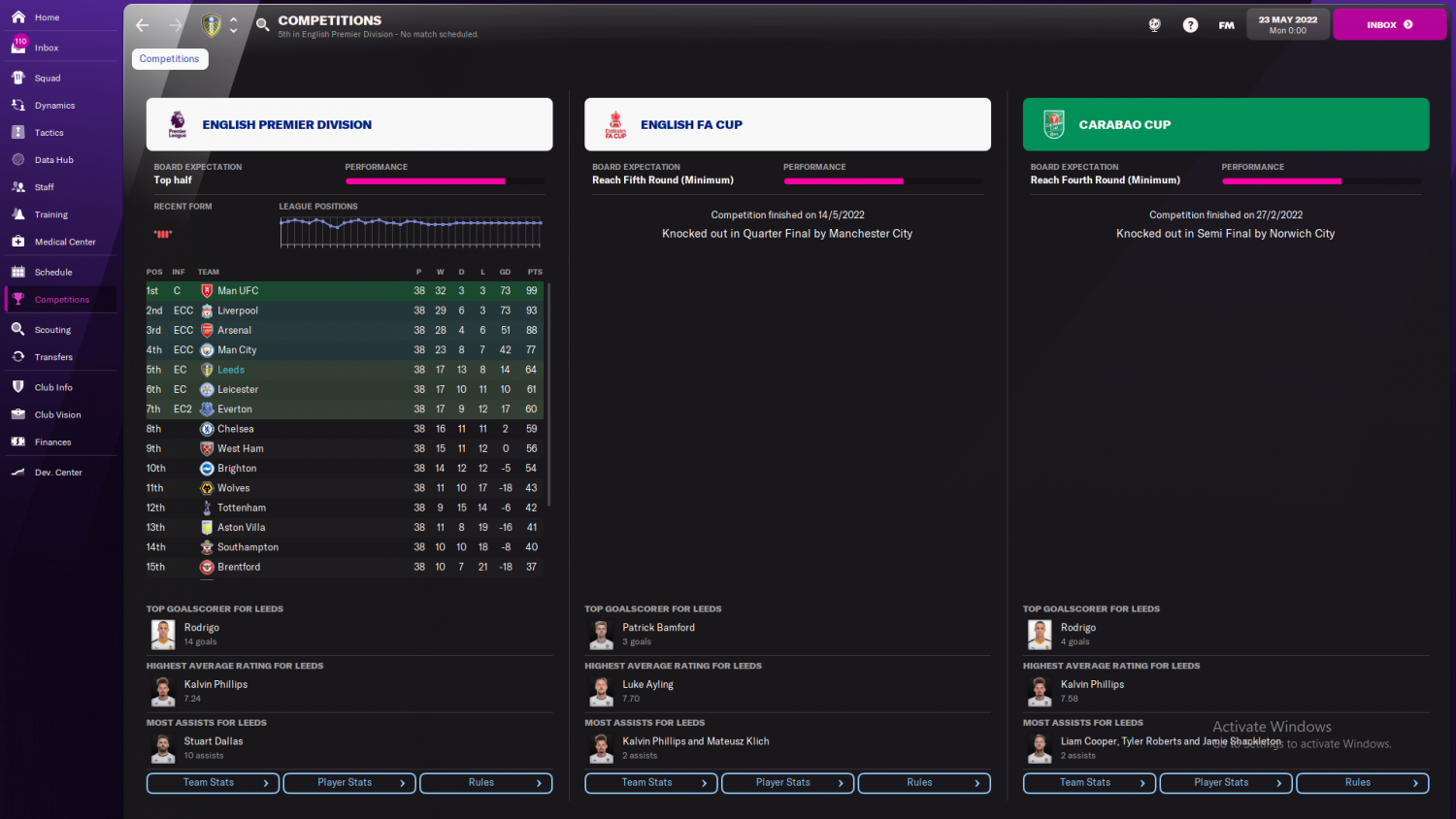 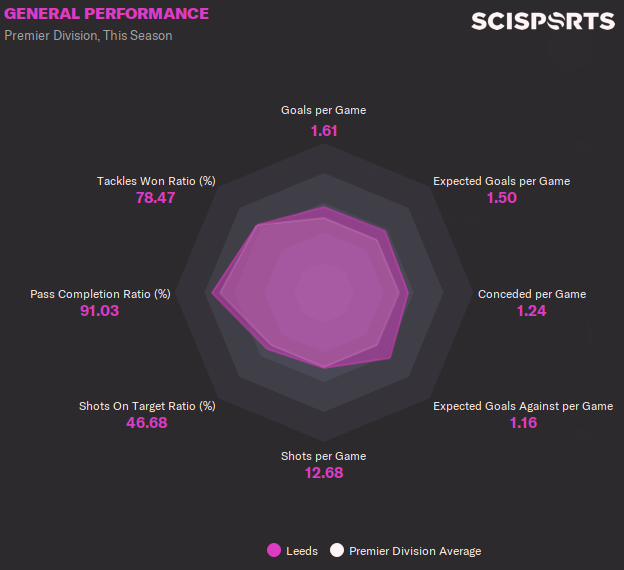