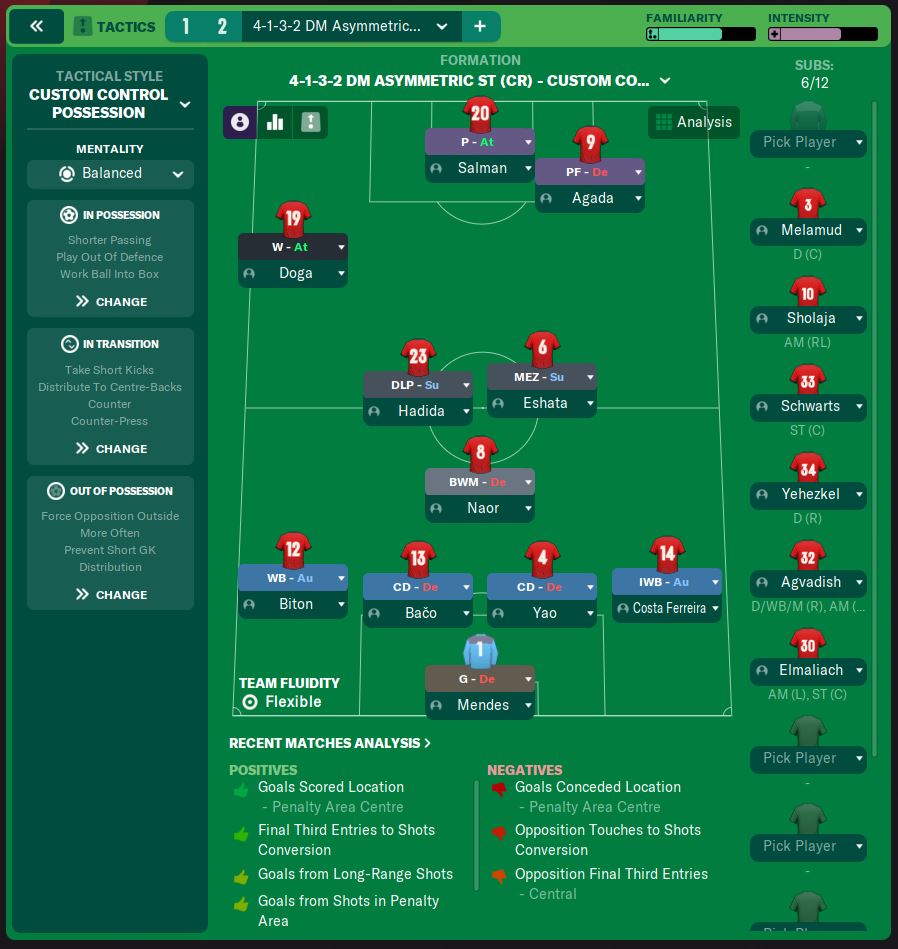 This is my second season as a relegation candidate in the top division in Israel, after being given practically no transfer budget and making 3 free signings that ate up my wage budget I was left with no player being able to play an RW/RM position at anywhere close to the level of the league I'm at. Additionally, I have two strikers at 4-star ability and it will be a waste not to use them considering the alternative is a 1-star ability RW.

Found a creative solution by using a Mezzala on support at RCM and with my right striker playing a Defensive PF role. Season just started but looks like it's working against the lower-level teams in the league. The one match I had against a top team in the league ended at a rather unlucky 1-1 with my xG being higher than theirs.