I'm a hard core Internazionale fan, and have been a fan of Italian football, which typically consists of 3-at-the-back, or 4-at-the-back with large numbers in the midfield. I've found 3-at-the-back formations to not be as effective in football manager, and so I wanted to simulate a real-life tactic involving a compact midfield with high-press, attacking, and defensively solid football. I created this formation as a modern interpretation of the Italian style of football which involves large numbers in the midfield and defense and having a compact shape, combined with Pep's modern use of inverted wingbacks and the modern trend of Gegenpress attacking football. I've simulated with a super-league consisting of 46 major European teams. It gave me amazing results. Having 3 attacking midfielders, inverted wing-backs, and 2 defensive midfields make a compact midfield of 7 players, making it extremely hard to break down and also create passing triangles in a fast-tempo buildup. Hope you enjoy!

I didn't employ any opposition instructions. All the player instructions and set piece tactics are applied. The highest scorer for me was always the Pressing Center No. 9 Forward. Also, for IWBs, I trained opposite-footed players for DiMarco at RB, but just used the left-footed Bastoni for LB, and both seemed to work. Also, having good long shots for the two CDMs are a boost, though not required. A good, fast, physical finisher for the PF is recommended. for the CAMs, the best passer/playmaker should be played in the center attacking midfield position. 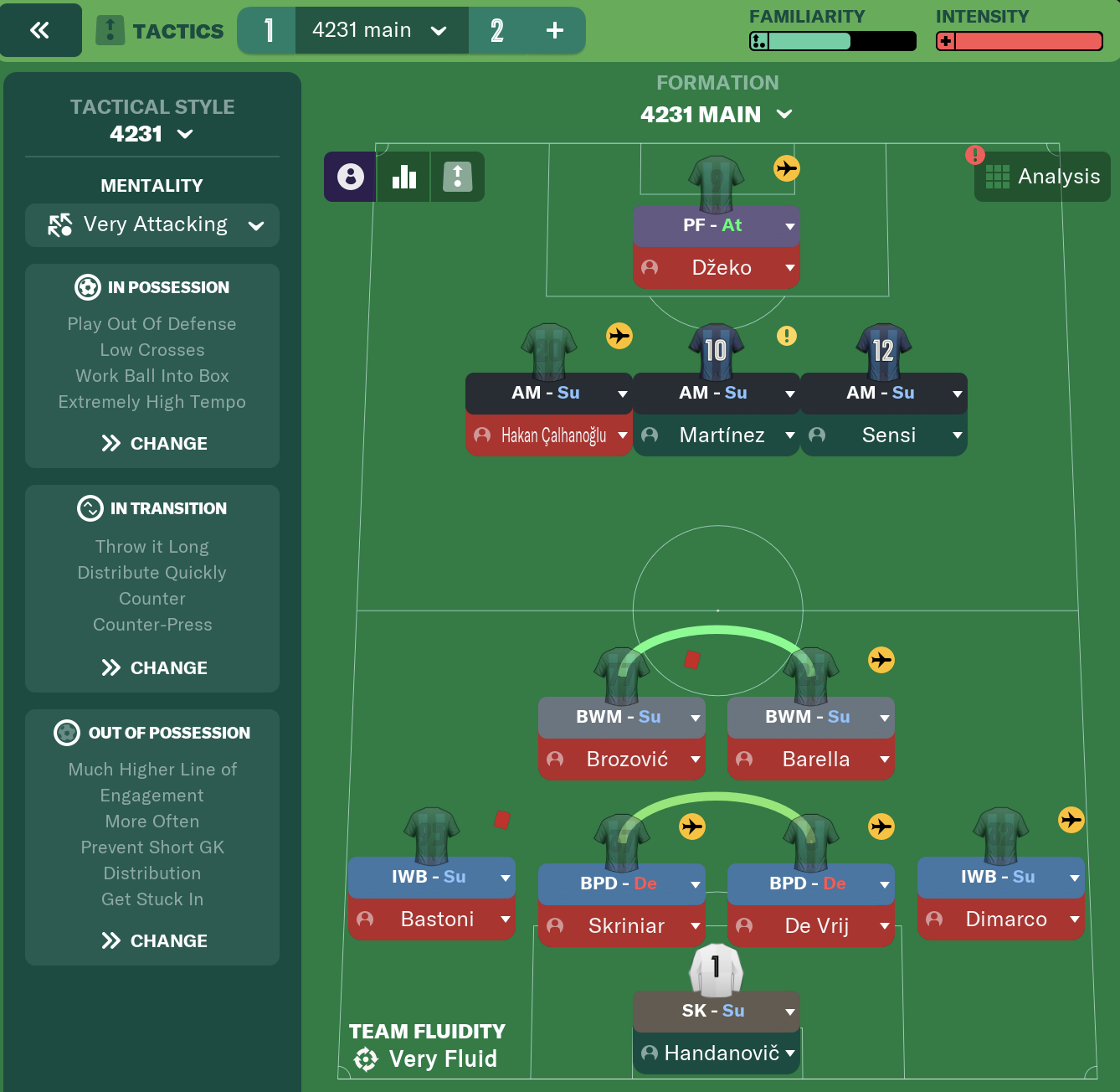 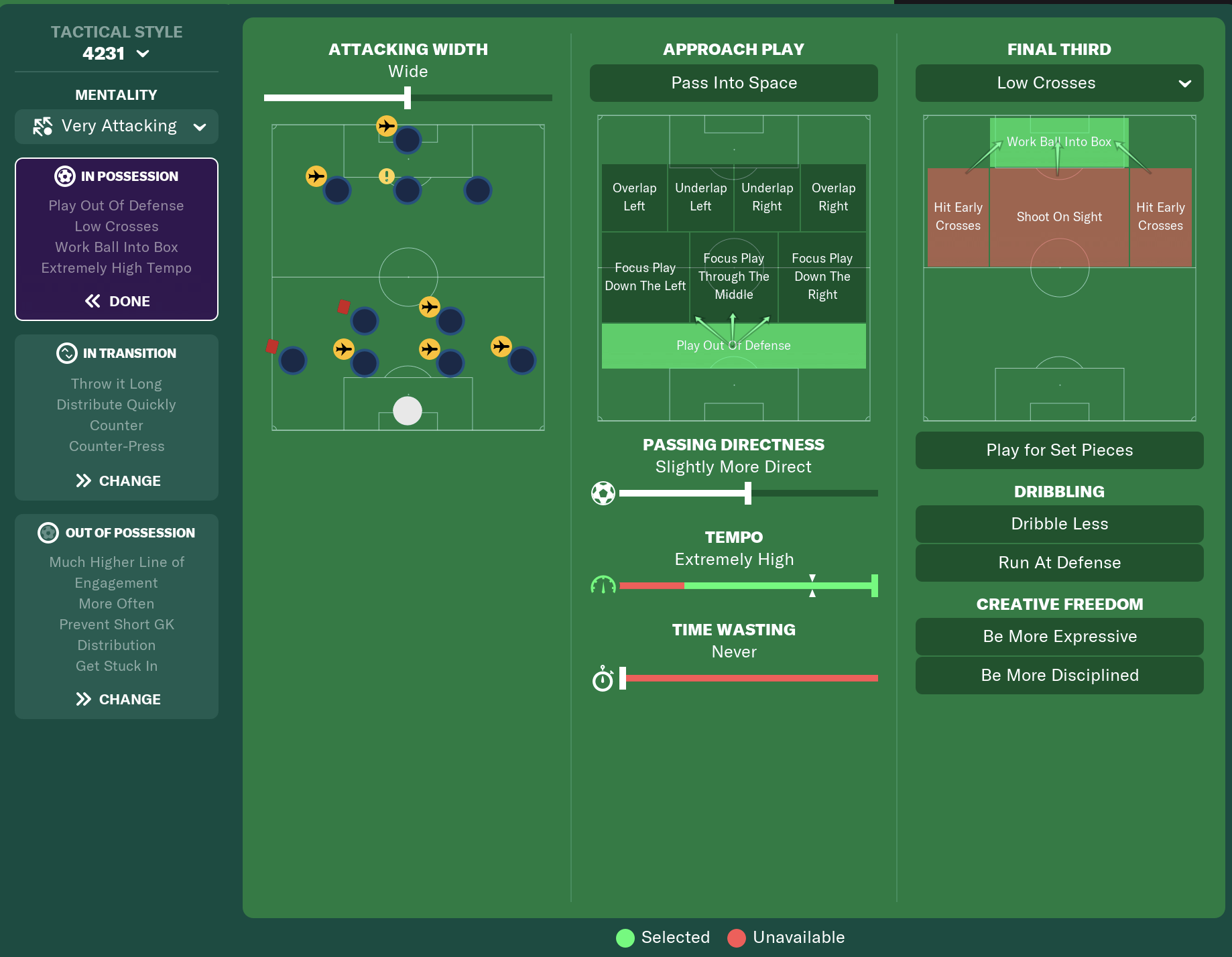 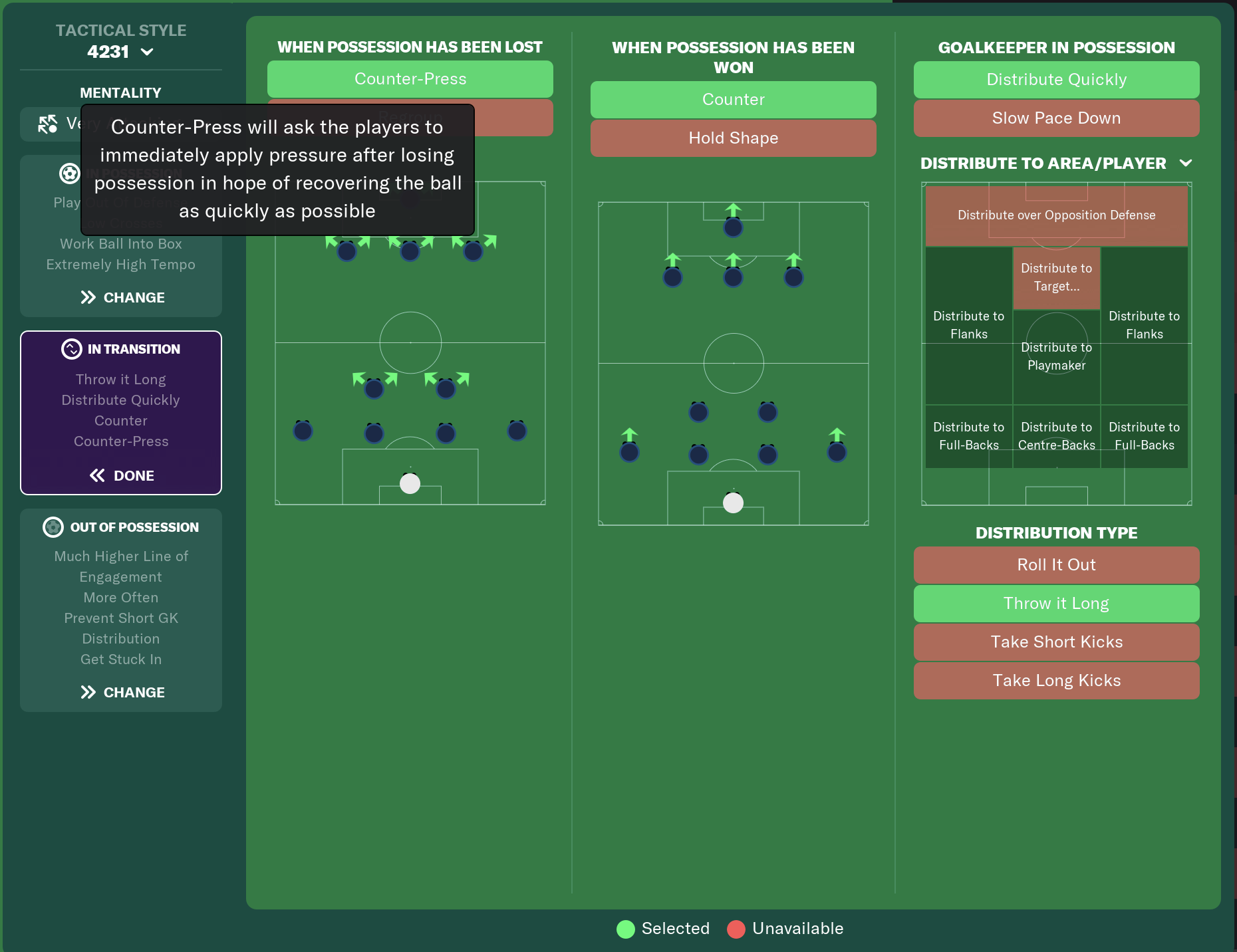 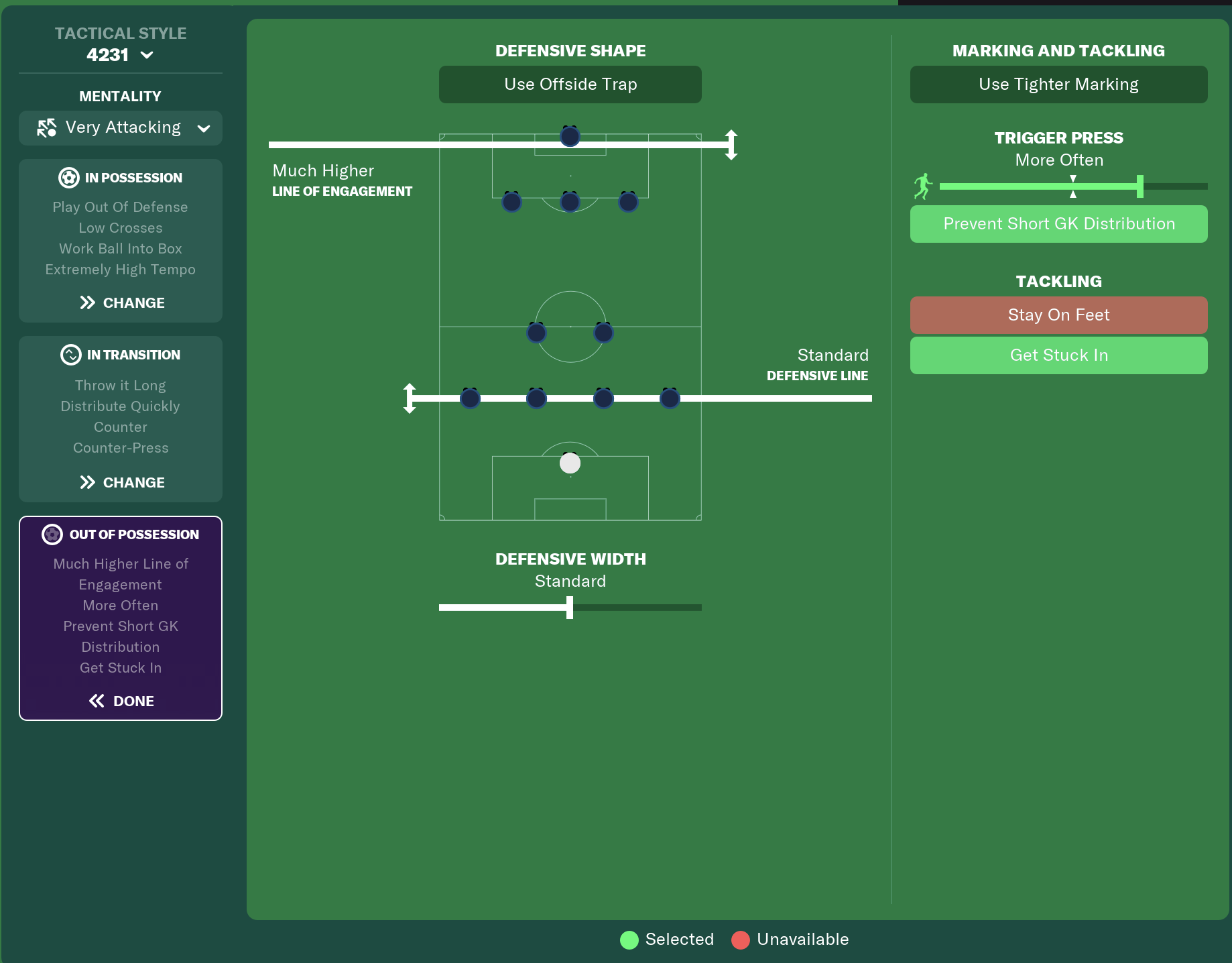 Results in the Super League! 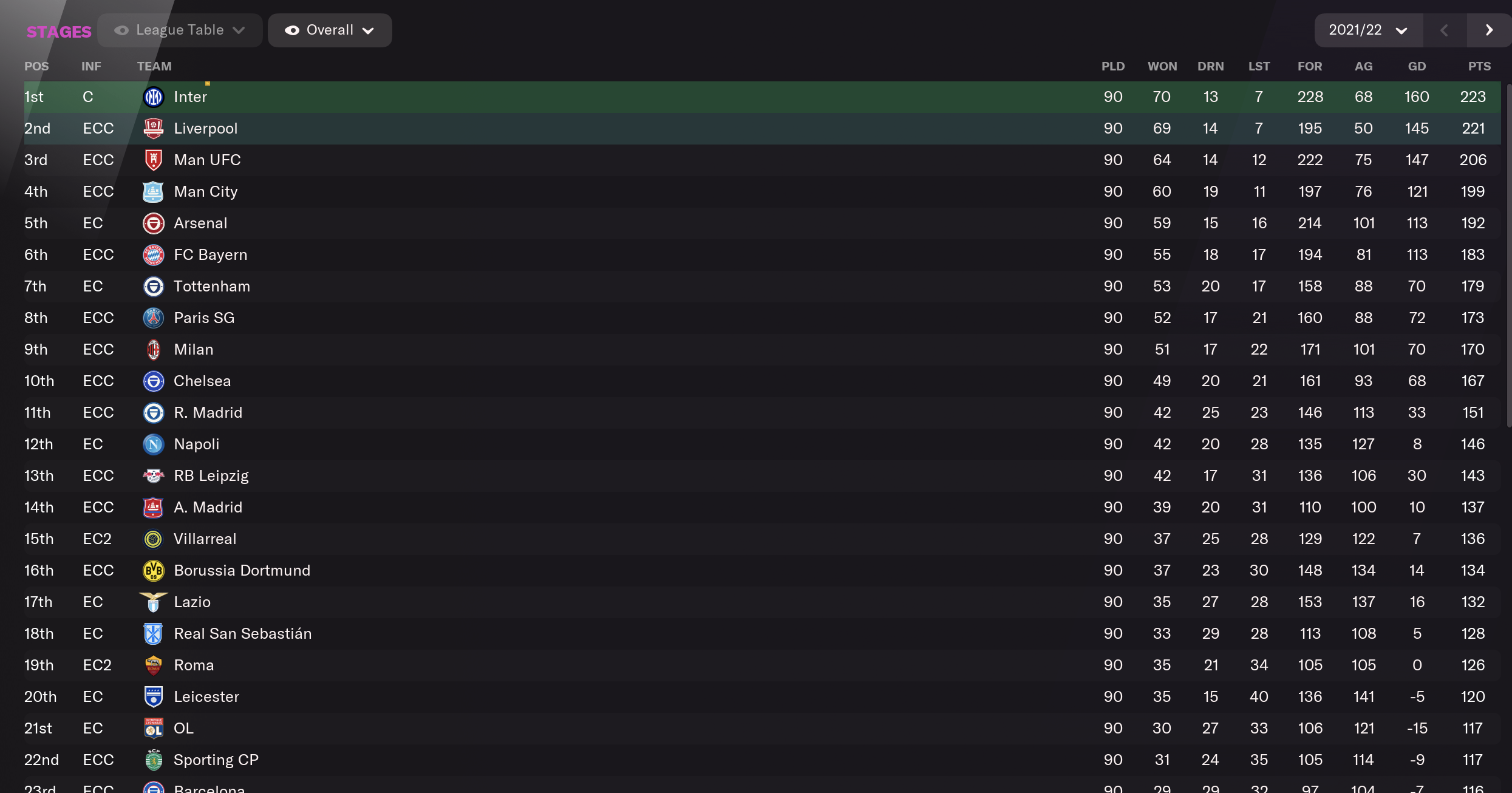