Download
Overview History Discussion
This is the tactic I have been using in my Liverpool save.

My general philosophy when managing 'big' teams is not to overcomplicate it as the players are usually smart enough to make the correct decisions on their own. I play on attacking because Liverpool are much better than the majority of opponents.

Using two playmakers does not always work, but my thinking is that they are far enough apart not to get in each other's way. The two fullbacks bomb forward with regularity, while the two wingers cut inside, leaving room for the overlap. 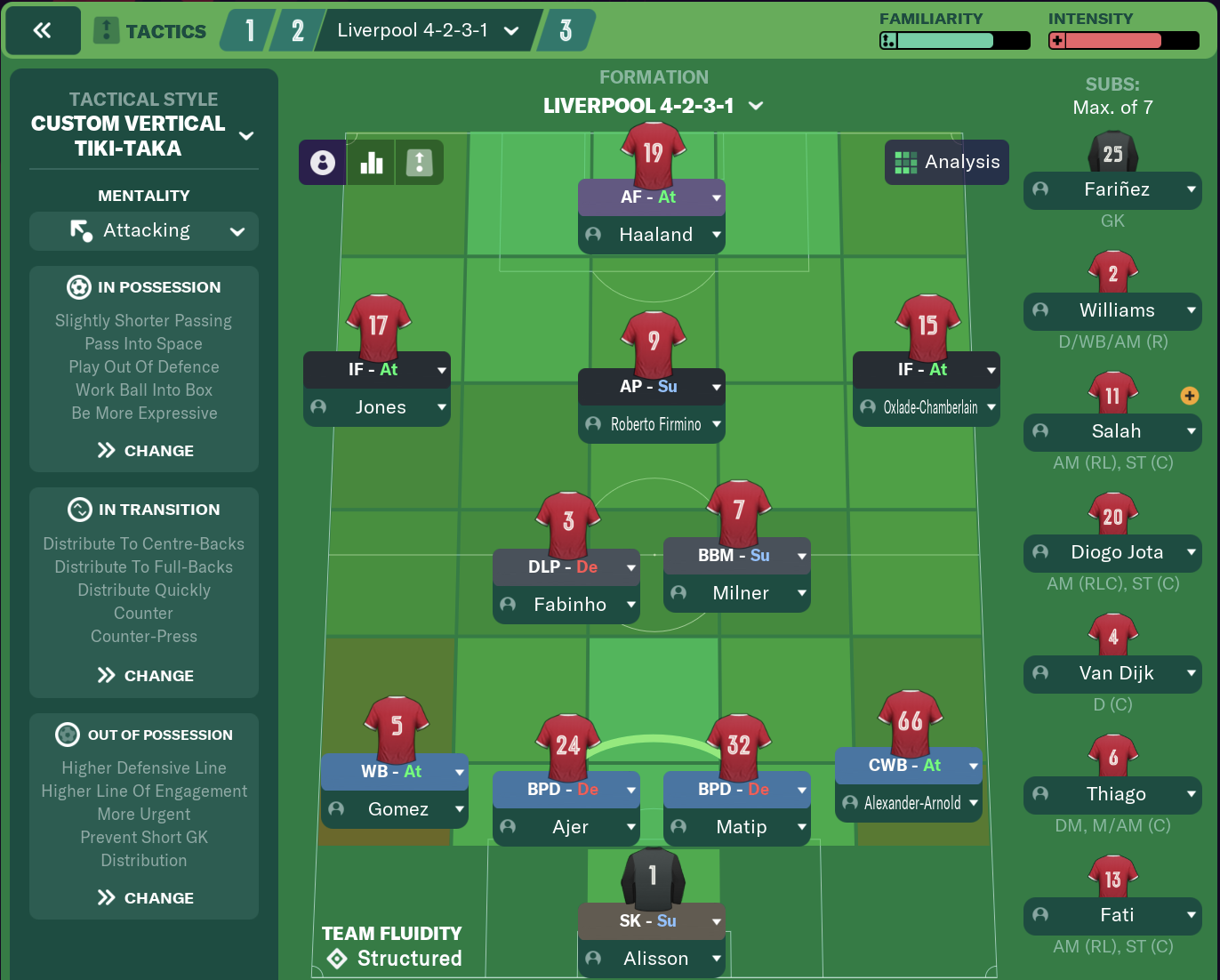 This figures below show how I start matches, as you can see there's not too much going on with the instructions. There are a few common changes that I make depending on how the match is going. First, if the half-time heat map is very congested I'll look to play with more width. Second, if 'work ball into box' is not working I'll take that off and depending on the opposition I may also add 'play for set pieces'. I have all of my set pieces set up, including long throws and find this to be a fruitful source of goals. 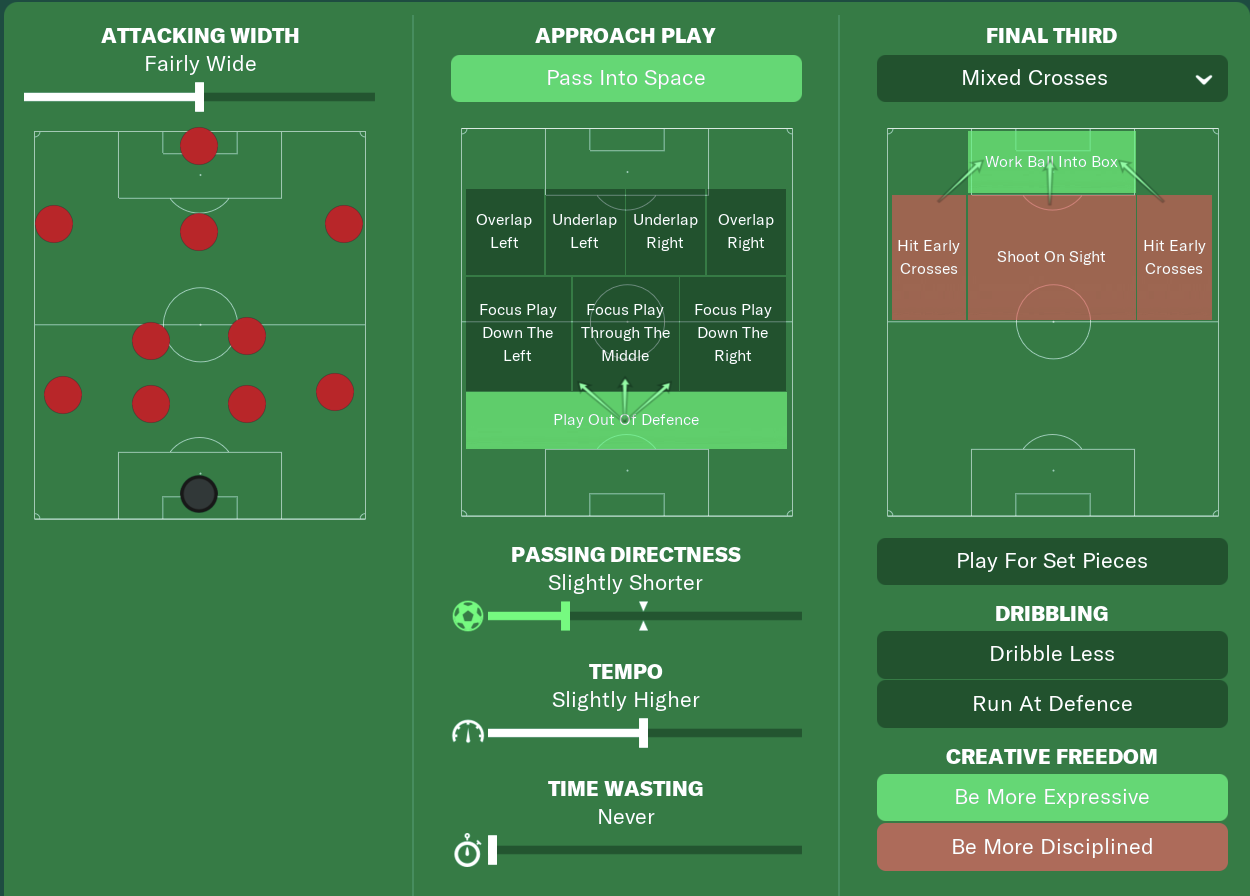 The wingers at Liverpool have great speed so I look to counter quickly when possible. The defenders have great technical ability so I don't have any concerns about distributing to them. 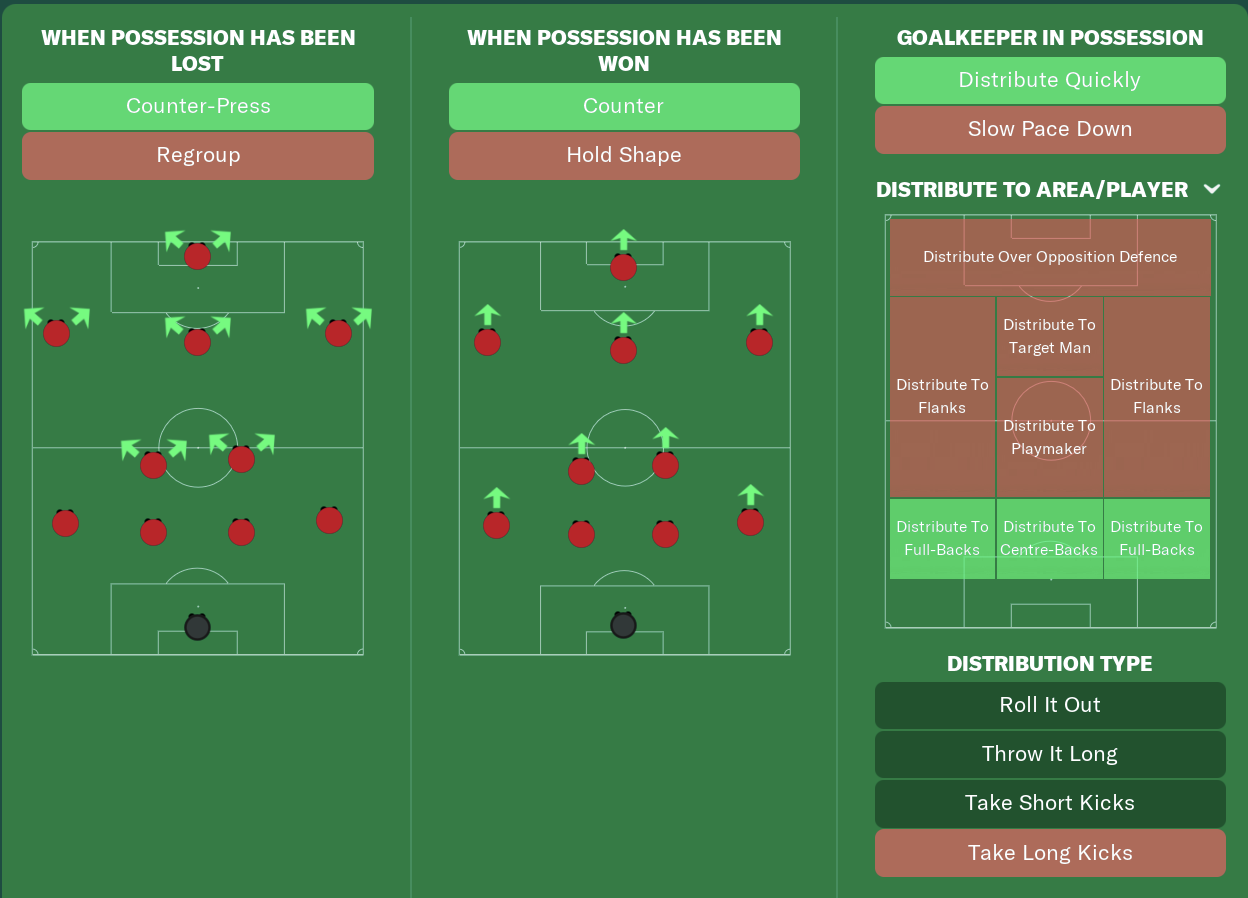 Once again there's nothing special in my 'out of possession' instructions and they can be adjusted depending on how the game is going. 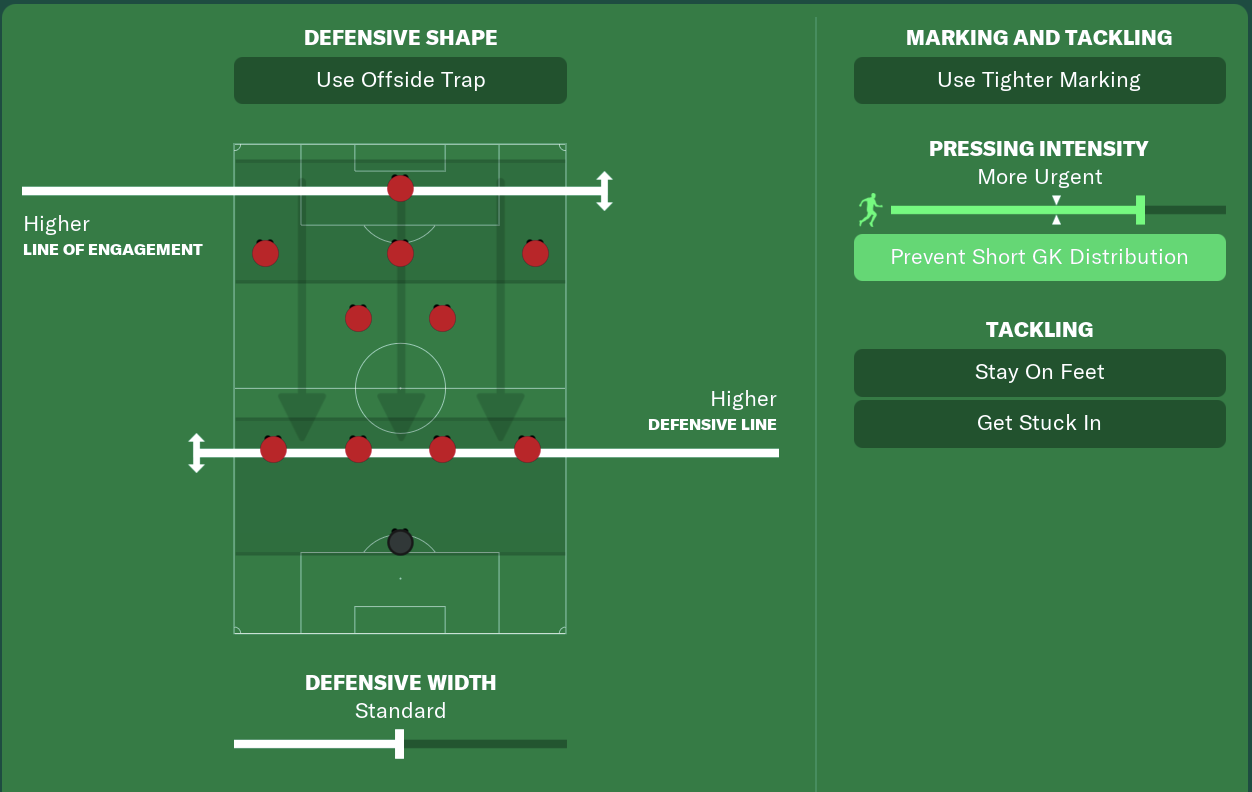 I am currently well clear in the league, which is not surprising given I'm managing Liverpool, but my favourite bit about this tactics is the number of goals scored. New signing Erling Haaland has 30 league goals in 20 games. I also won the league last year by 15 points with a goal difference of 77.