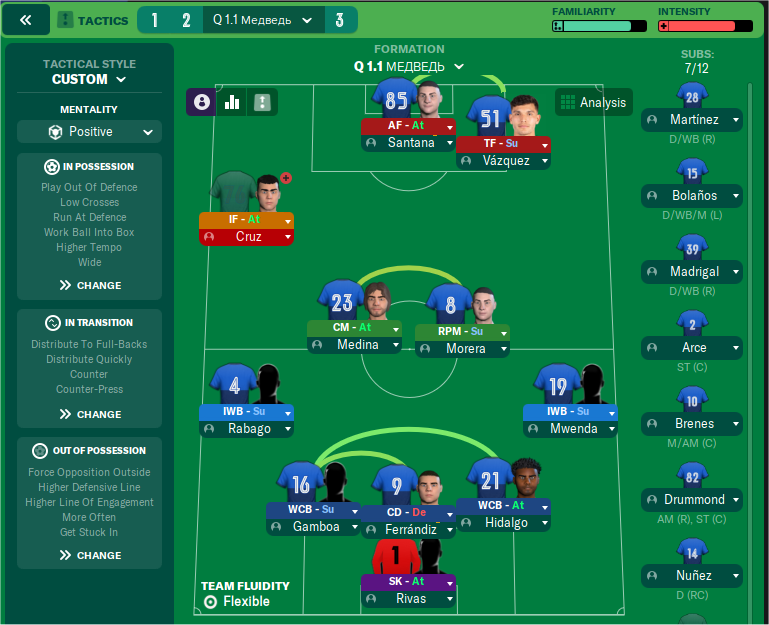 The best tactic I've had in a bunch of testing runs for its sheer number of goals and relatively solid defence. Requires good passing ability on almost all players, and a strong jumpy target man. Without players ahead of them inverted wing backs play much like regular wing backs when the ball is on their side of the pitch, recruit accordingly. Designed to create massive overloads on the wings by vacating the opposite wing when attacking. 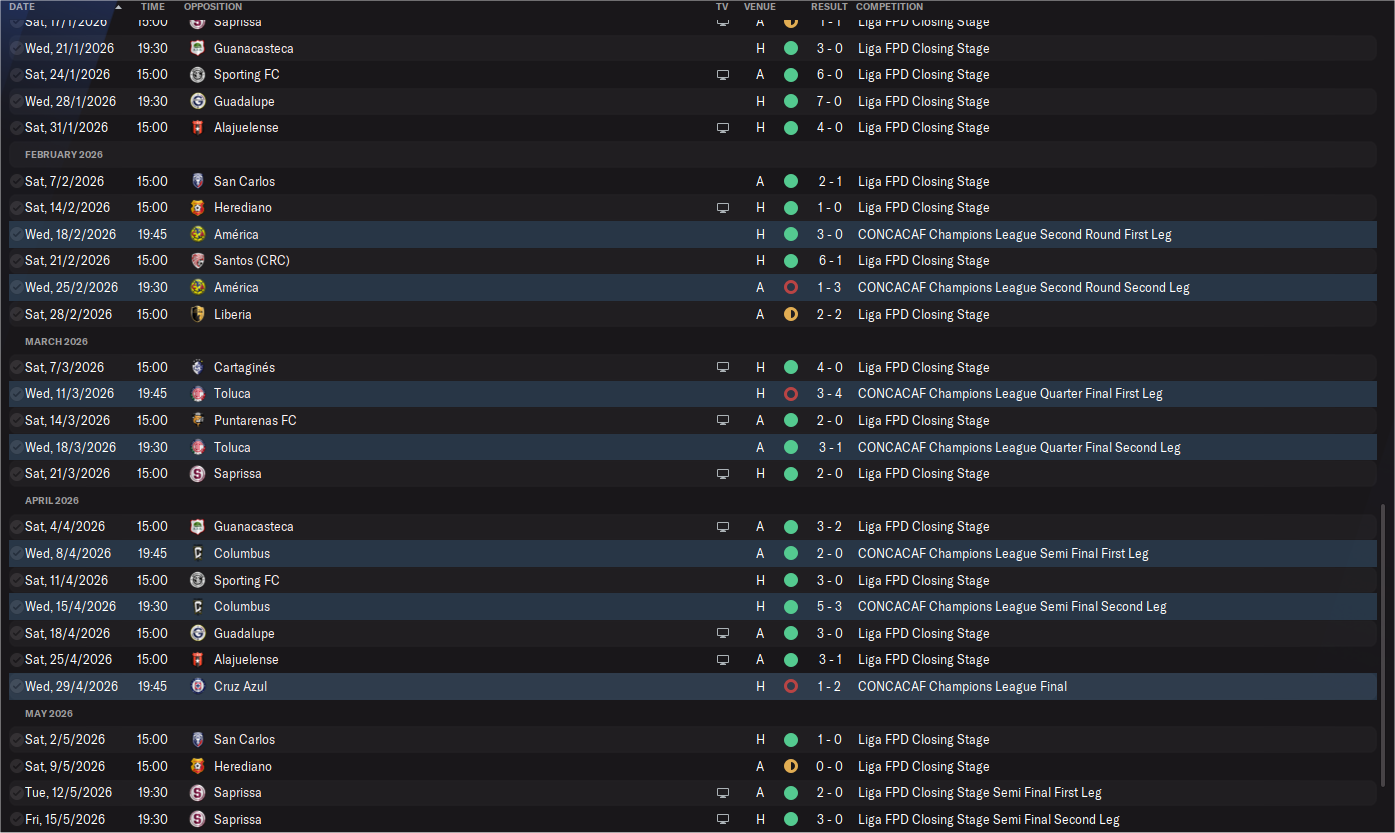 Note the CONCACAF champions league run whilst playing as a Costa Rican side with considerably worse players than MLS and especially Mexican sides.

In holidayman testing in Serie A over 76 matches.