Download
Overview History Discussion
This tactic was inspired by the idea of “Stretch Bigs” in basketball; I wanted to figure out a way to make positionally defensive players my key attacking threats. In basketball, this involves training frontcourt players (e.g. centers and power forwards) to shoot from mid-range or beyond the three-point-line. In football, I came up with this idea to have my DMs functioning as creative and scoring outlets, by making use of the channels to take shots, or dropping wide to put in crosses.

The primary engine for chances in this tactic is the four-man midfield diamond. This is comprised of an DM-A(D) flanked by two DM-SV(A)s, who form the main attacking threat from midfield. The midfield is completed by a CM-AP(A).
A few screenshots: 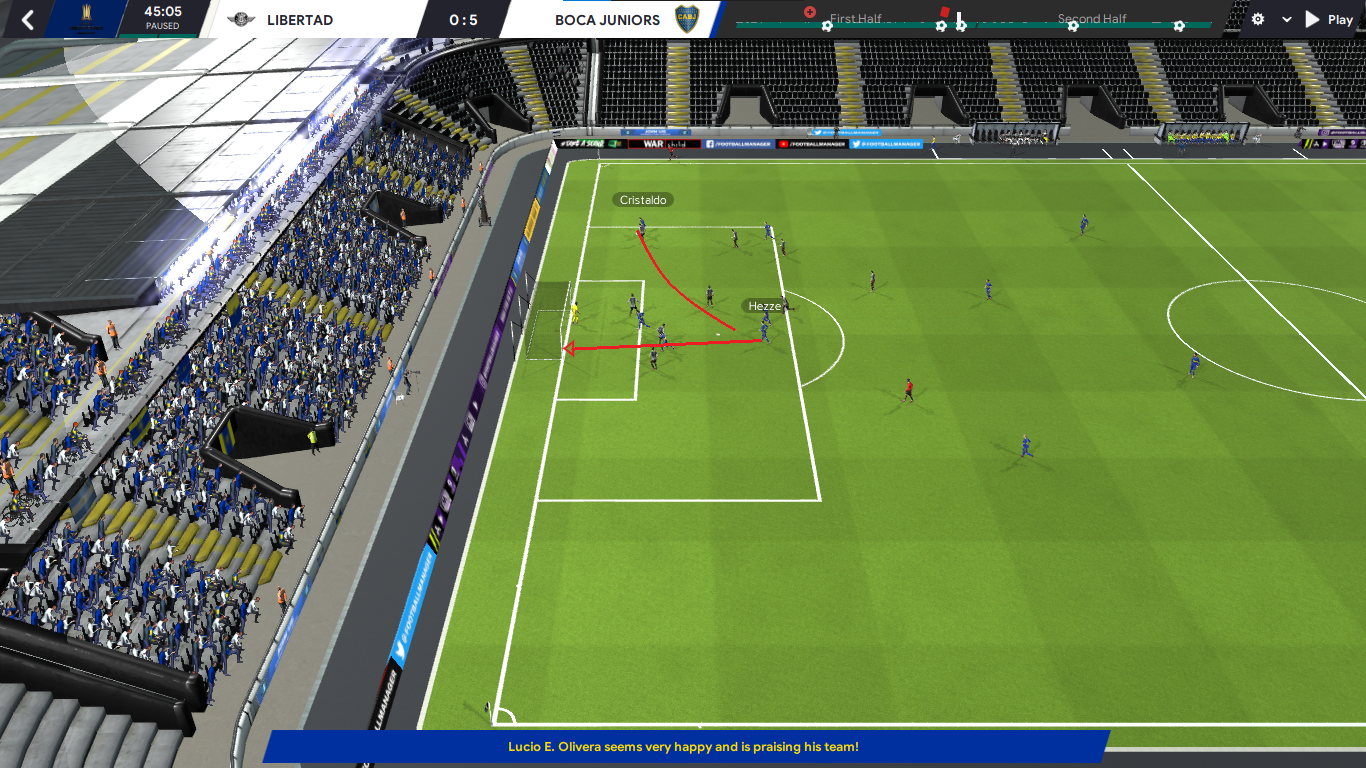 The SVs (Hezze, in this case) often make late runs into the box, which allows them to benefit from crosses from WBs. 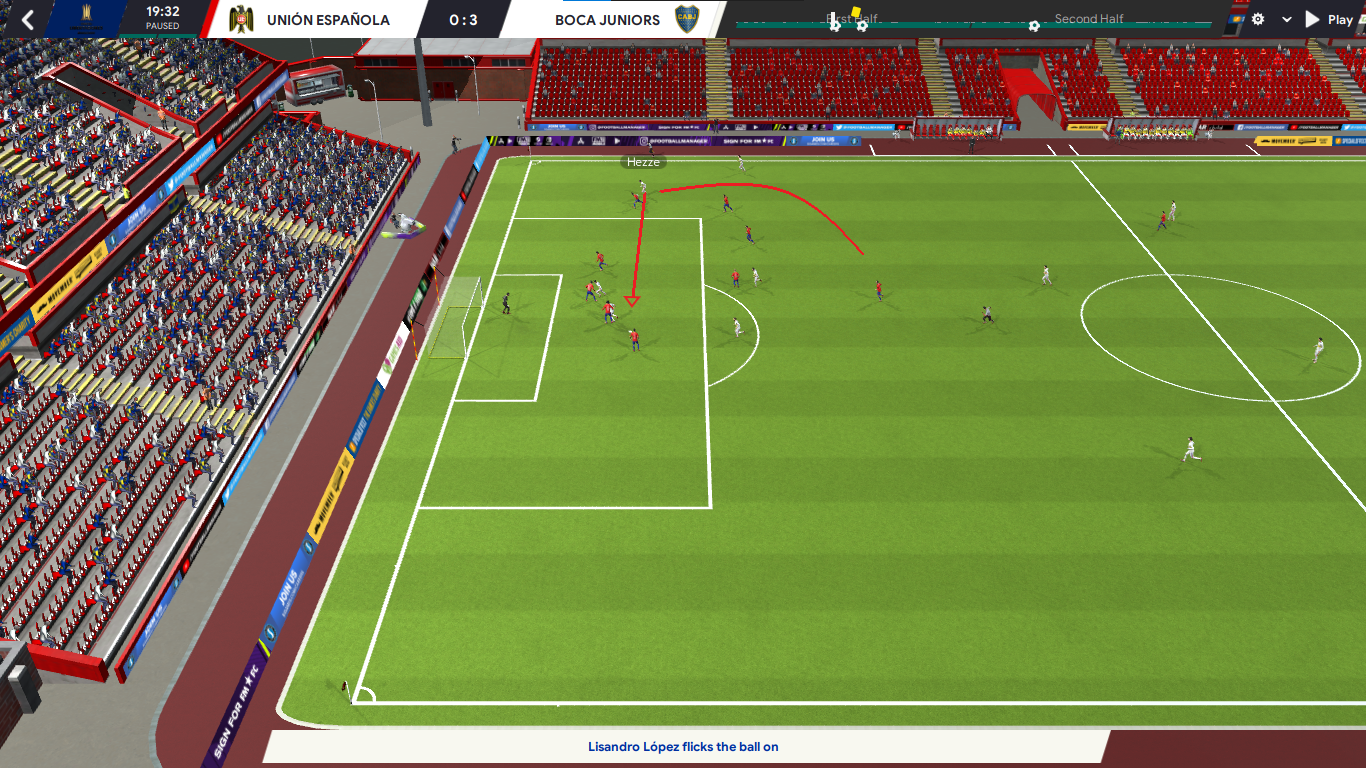 SVs (again, Hezze) can also pull wide and make crosses into the box; though this is less effective if your DMs haven't got very high crossing stats, it can still create some useful chances. 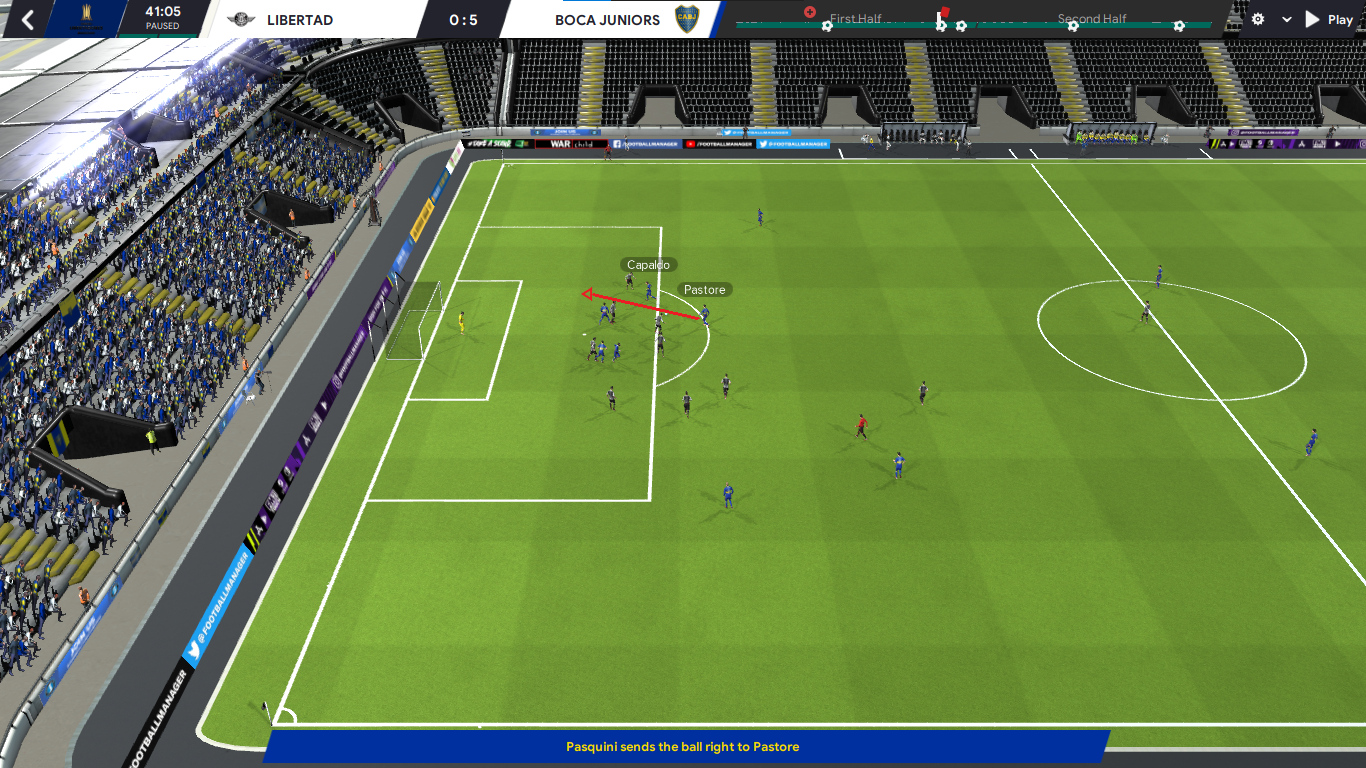 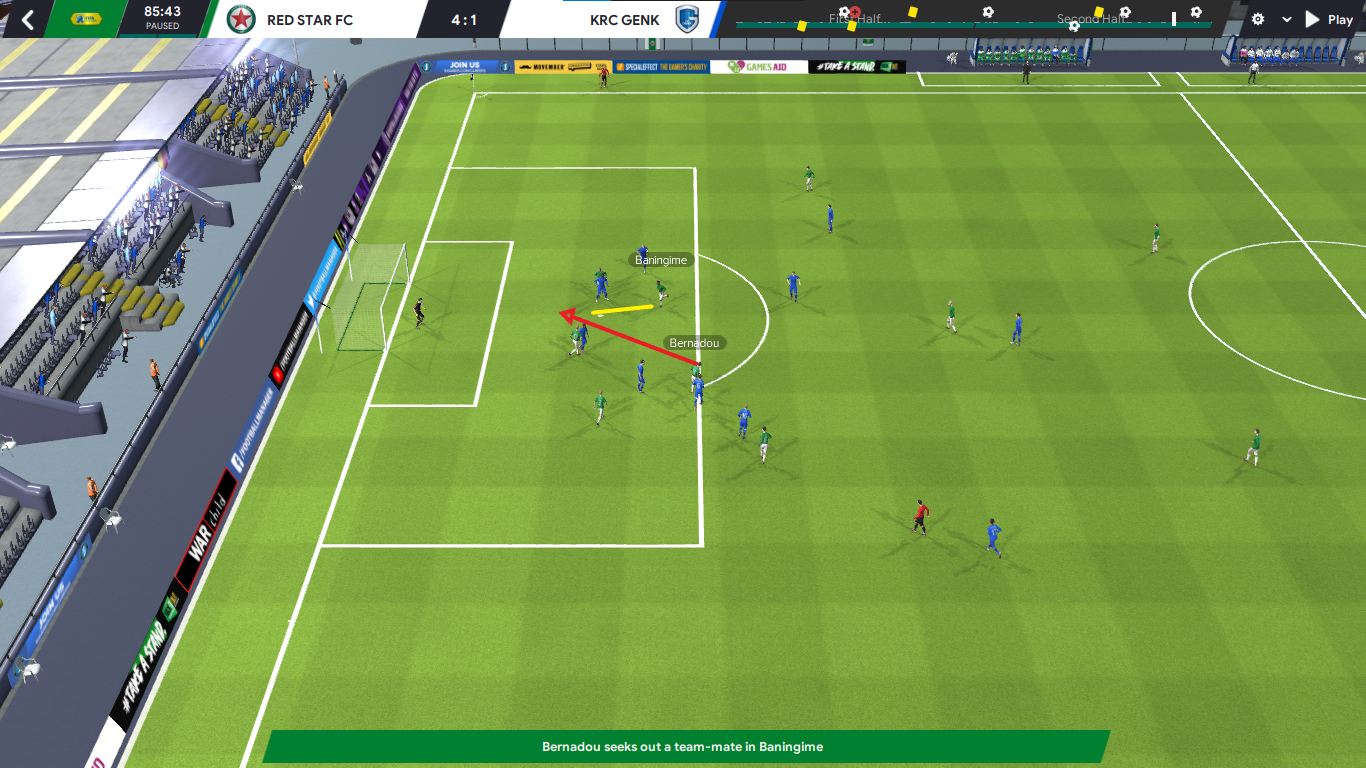 The interplay between the CM-AP(A) often results in nice through balls for SVs running into space. In the first screencap, Pastore plays Capaldo through after driving into the final third; in the second screencap, Bernadou receives the ball on the edge of the box and makes the pass for Baningime to run onto.

This is a formation whose effectiveness really depends on the quality of the players at your disposal. While it will certainly improve chance creation across the board, strikers with poor finishing will struggle to get into games, and DMs who can't pass or shoot with some competence are probably best left in the DM-A(D) role, if at all.

That being said, I've used this tactic to some effect with Boca Juniors, Tottenham, and Red Star FC .Give it a shot, it might be just what you're looking for.

NOTE: Portions of this tactic, particularly the setup of the three DMs, arose from a combination of trial and error and adaptations from Andy Ward’s 4-3-1-2-0 tactic.