This is a tactic I've been working on for a while with Brighton.

We play a high pressing, counter press game with a very high line but one of the CB's on Stopper and one on Cover in an old fashioned type pairing.

My striker scores an absolute hatful. He isn't even that great, in fact I recalled him from loan at Galatasary and he scored so many goals that Spurs paid £50m for him in the January window:

I finished 6th in the PL with it, after having a terrible start while I tweaked the tactic and the players learned it - probably could have finished 4th if I'd started with it.

Little selection of results - beat Liverpool at Anfield and Chelsea at home. As you can see it's pretty solid defensively in the main, even without great players. 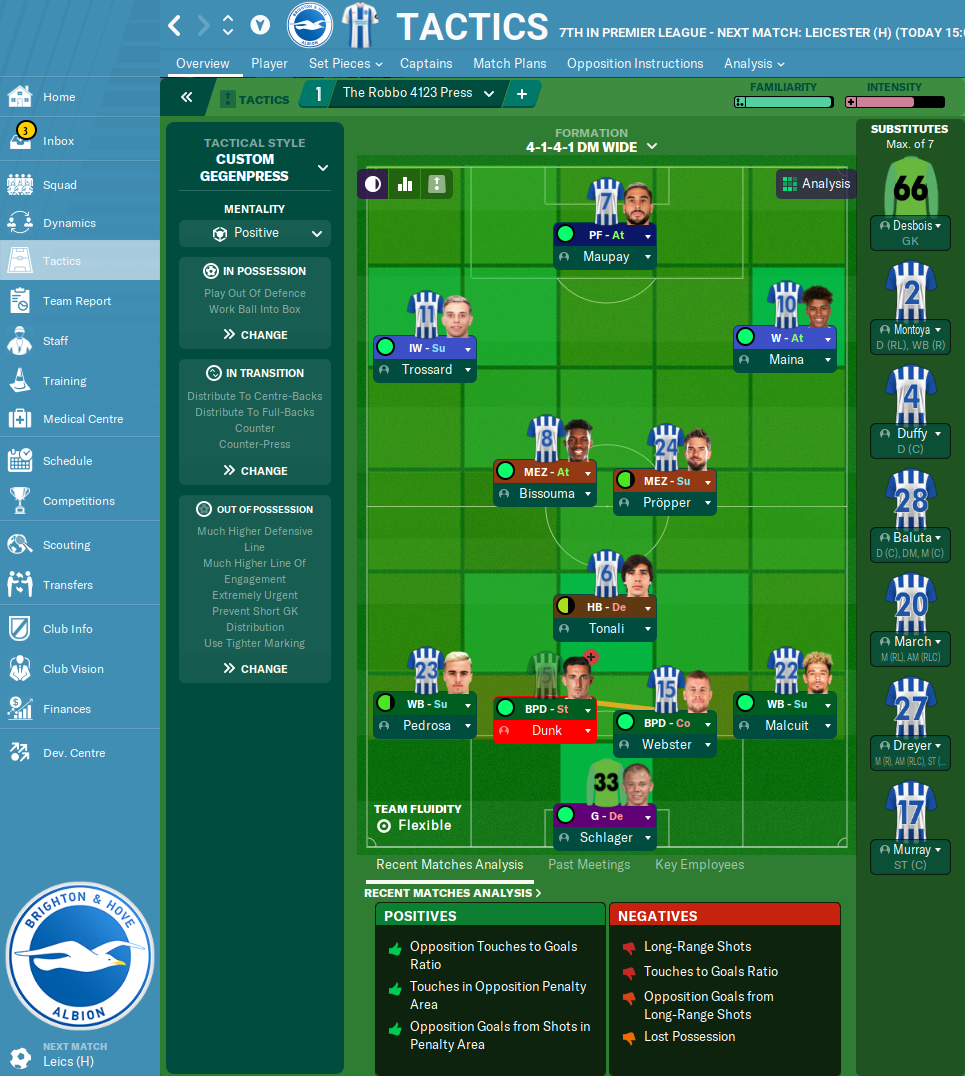 Would be cool to get it tested and see what people think
Reactions: Liam