Hi everyone and Merry Christmas. This is my christmas gift to the FM community
And this is also my first ever tactic I've made downloadable but I thought this might be too good to keep just to myself

Few reasons why I did this tactic:
- I'm a massive Hammers fan and that's why I wanted to see if it's possible to replicate their success in FM
- I think that quite a few FM players overlook this kind of tactics
- Football Manager match engine has a bit of an overpowered meta towards attacking/gegenpressing orientated tactics which is a shame

Simple goalkeeper as his most important duty is shot stopping. Basic CBs nothing extraordinary. Wing-backs providing width and crosses into the box. Rice as DM breaking down oppositions attacks and giving inch-perfect passes. Soucek in a box-to-box type of role but from deeper to give more defensive solidity. Benrahma and Bowen doing almost same things with each other but Bowen is a bit more adventurous and crosses more. Fornals sitting in the hole looking to receive balls and spread them to wings or over opposition defence. Antonio looking to hold up the ball, bring others in, create chances and score goals 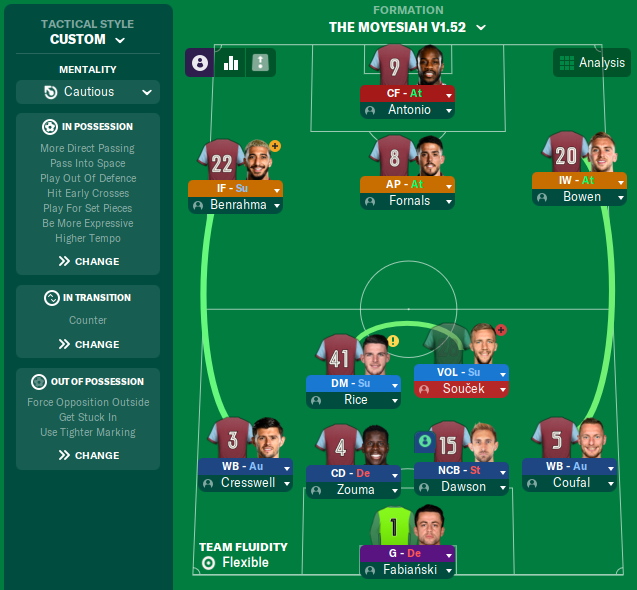 Home: Exactly like above
Away: Turn mentality to Positive.
Playing against formation with 3 CBs and wing-backs: Always Cautious

Changing mentality in this way sounds weird but it makes the tactic work better.

1 routine for all Free-Kicks except for Direct:
- Far Post 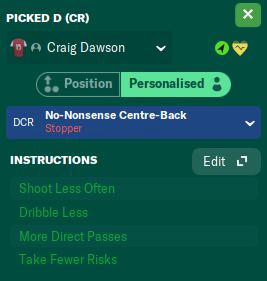 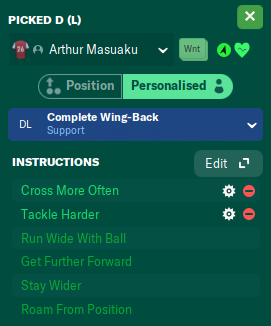 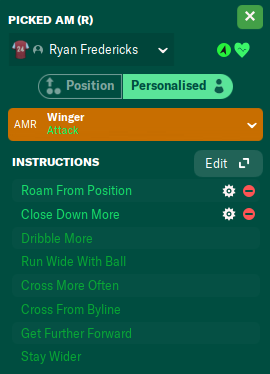 TRAINING:
No Physical training during season
Match Review after EVERY match
Set-Piece Delivery once a week
Team Bonding once a week in pre-season
Otherwise leave to assistant

NOTE: I played half of the season because I can't be bothered to deal with the January transfer window as I wanted to test this tactic without transfers


In Europe and in Carabao Cup I played as rotated side as I could. Two dodgy away games but needed to keep best players fresh. 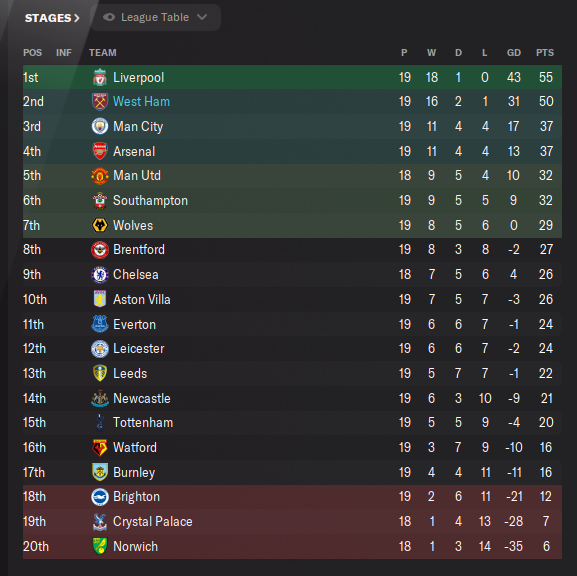 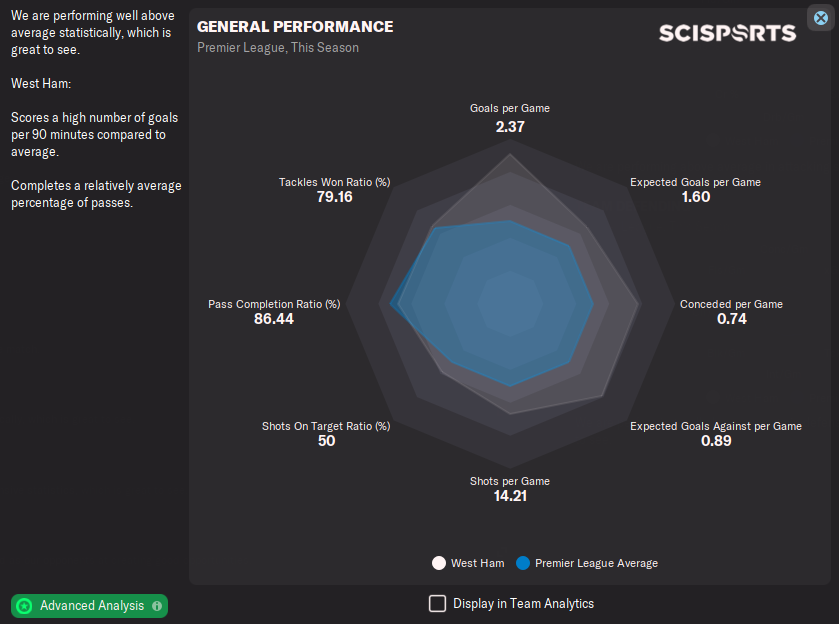 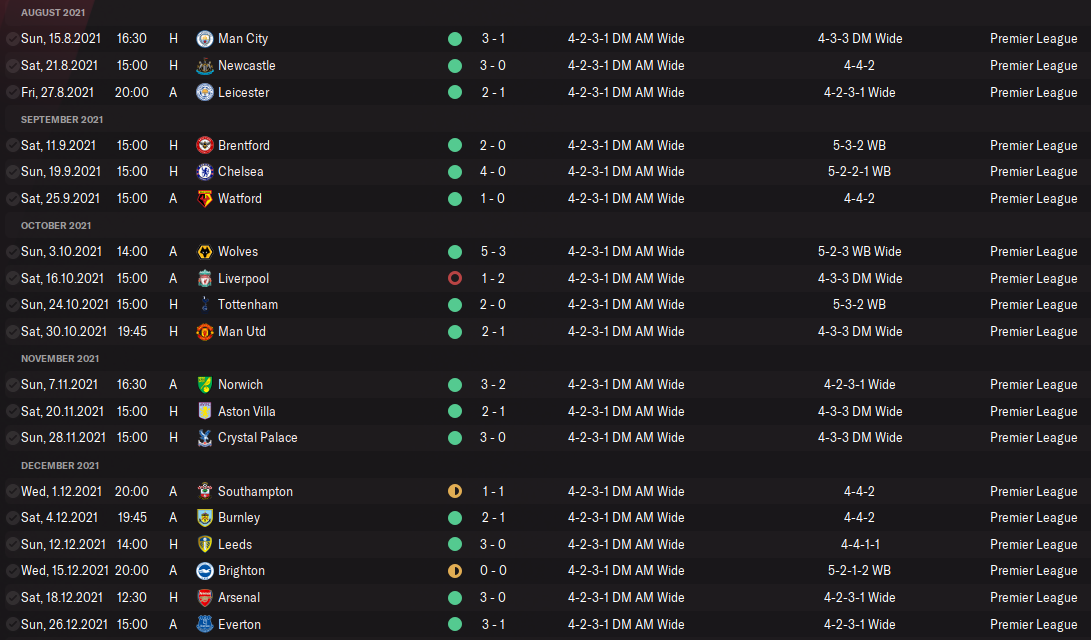 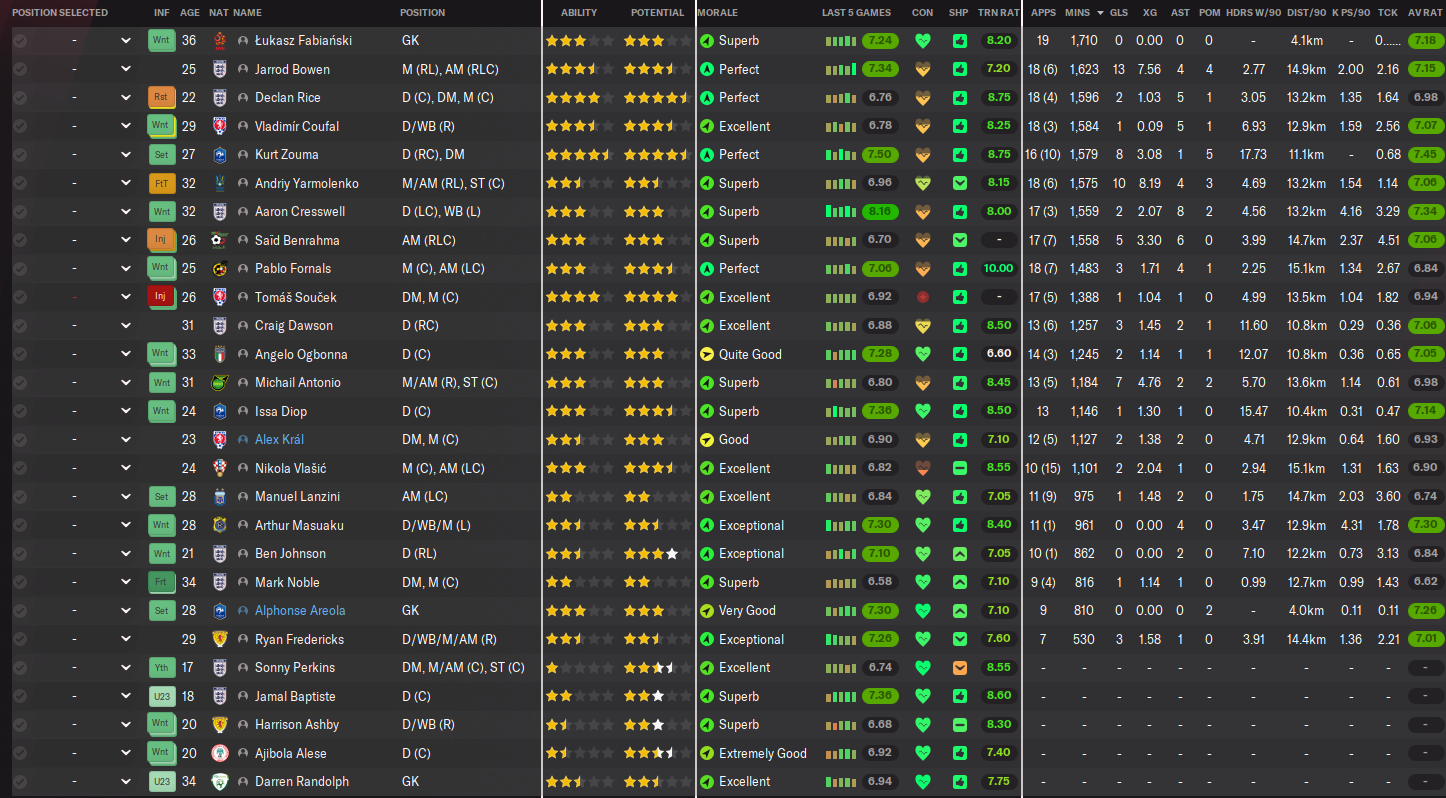 Hope you liked this tactic! Feel free to suggest changes​