Download
Overview History Discussion
High Possession and high scoring system that requires players who are good on the ball and good physically in every position.

Requirements per Position:
GK: Needs to have good one on ones as majority of shots he faces will be through your team playing high up the pitch
Wingbacks: Need good stamina, work rate, dribbling and crossing (More so on the left wing back as he has to provide the width on that side)
Ball Playing Defenders: My preference on these is for at least one of them to have 15+ pace and acceleration so they can make recovery runs and keep up with fast attackers aswell as both be fairly adept on the ball
DLP: As he tends to be your furthest player back besides the 2 Centre backs he needs to be able to dictate play from deep, will need good passing, vision and composure when on the ball.
Mezzala: Dribbling and passing are must haves for this role as he will be your main creator in the side combined with your right winger to create overloads on the opposition fullbacks.
Inside Forward: You will need a player with good dribbling, finishing, pace and agility in this position.
Winger: Pretty much the same requirement as the IF but needing that extra ability to cross as he looks to get to the byline and find your players overloading the box.
Attacking Midfielder: Acts like a second striker with the added duty of having to create. The role used to be a Trequartista but I found they didn't press as effectively. Will need vision, passing but the main attribute I find needed is the ability to finish as they get on the end of a lot of crosses that get pulled back towards the edge of the area
Advanced Forward: Being a player that doesn't contribute much in the build up of the attacks it is vital that he has good off the ball, acceleration and finishing to allow him to create space for himself and take his chances.

Set Pieces:
Only real set piece setup I have is on the corners, just make sure you have 2 of your best headers of the ball at the near post when attacking 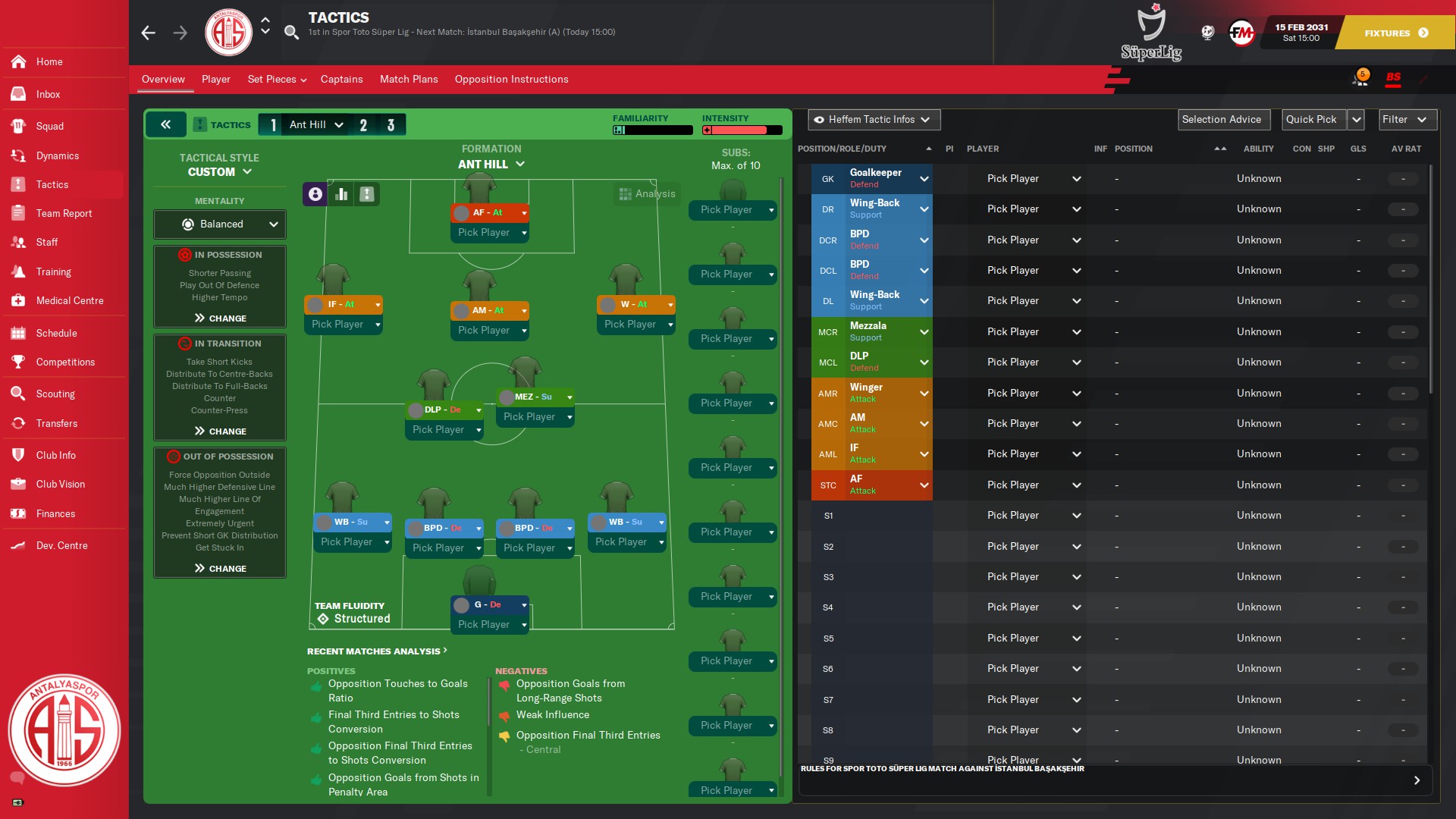