Download
Overview Updates (1) History Discussion
So this tactic is a tweak of one of @victorhugo4222 tactic called The rober that he did not release yet this tweak is about adding a defensive midfielder replacing a false 9 so I am giving all credits to him for creating this tactic all of the set pieces are from his tactic. The top tactics right now are without strikers so we thought it would be nice having a really good tactic with a striker so thats what we did. I am afraid of oppenents offensive midfielders thats why i'm adding a DM to concede less goals. I did not do much tests thats why i'm uploading it here but for the 2 seasons I did it is very promising the 2 seasons are very similiar, my screenshots are from my second test. To precise all of the tests were made by going in holydays without OIs.

I will be putting screenshots of the tactic now, sorry it is in french, I can post it in english if needed: 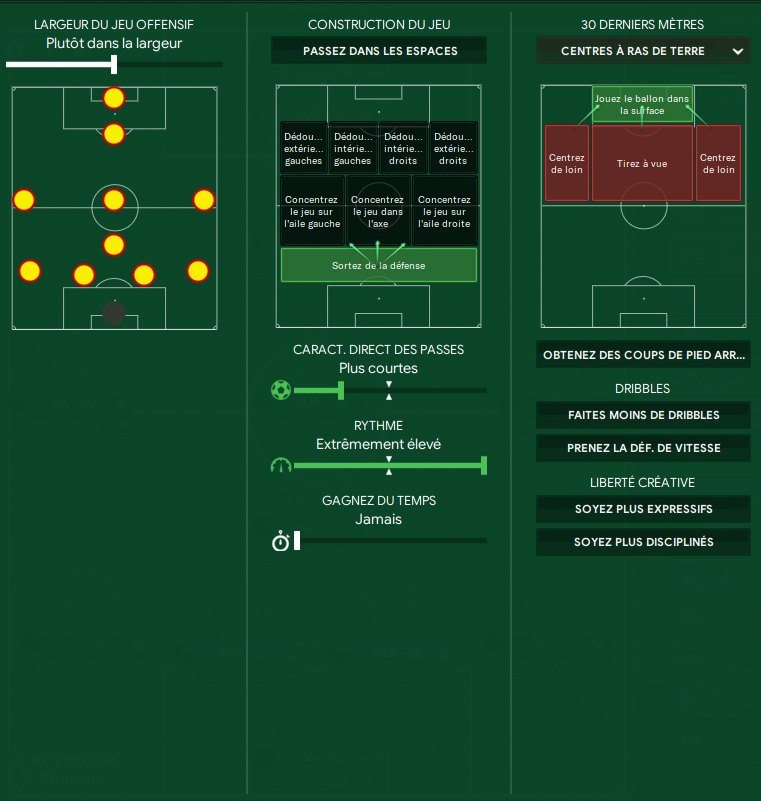 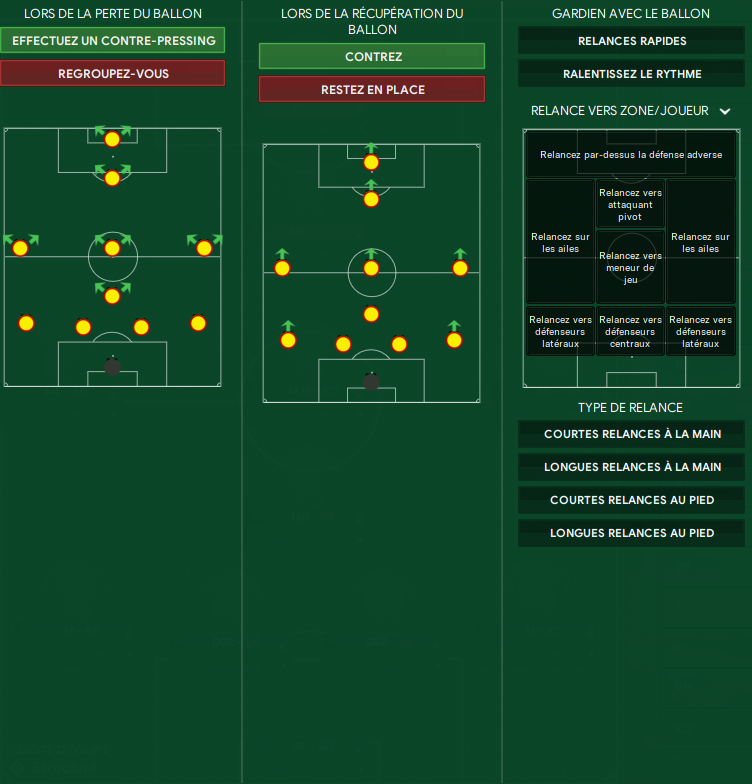 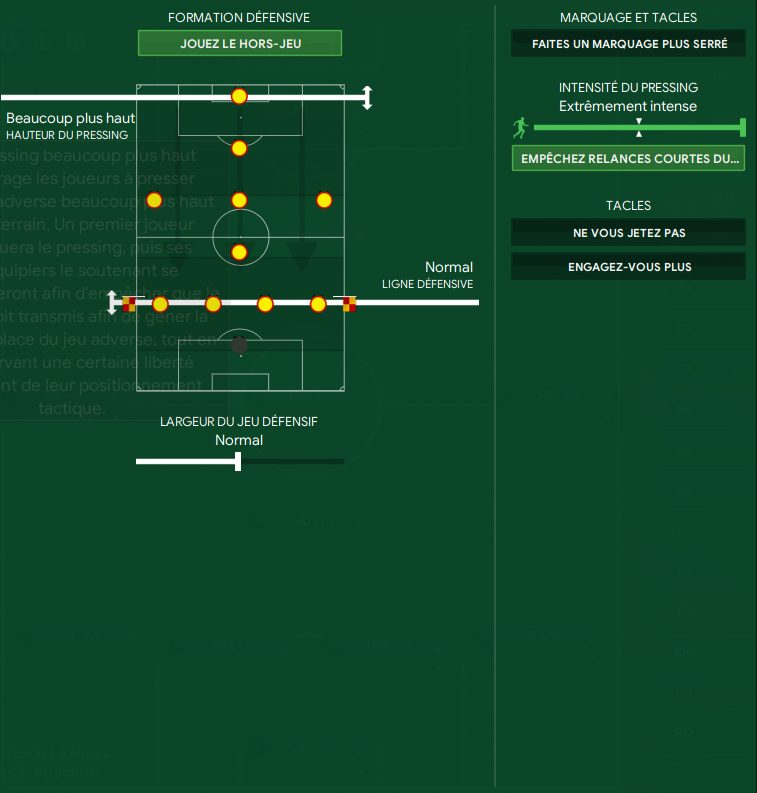 I tested the tactic with PSG, I know it is a bit unfair but it is good to see if the tactic is capable of scoring enough goals and not being trapped by draws or dumbs loss that will always be the case but at what rate. 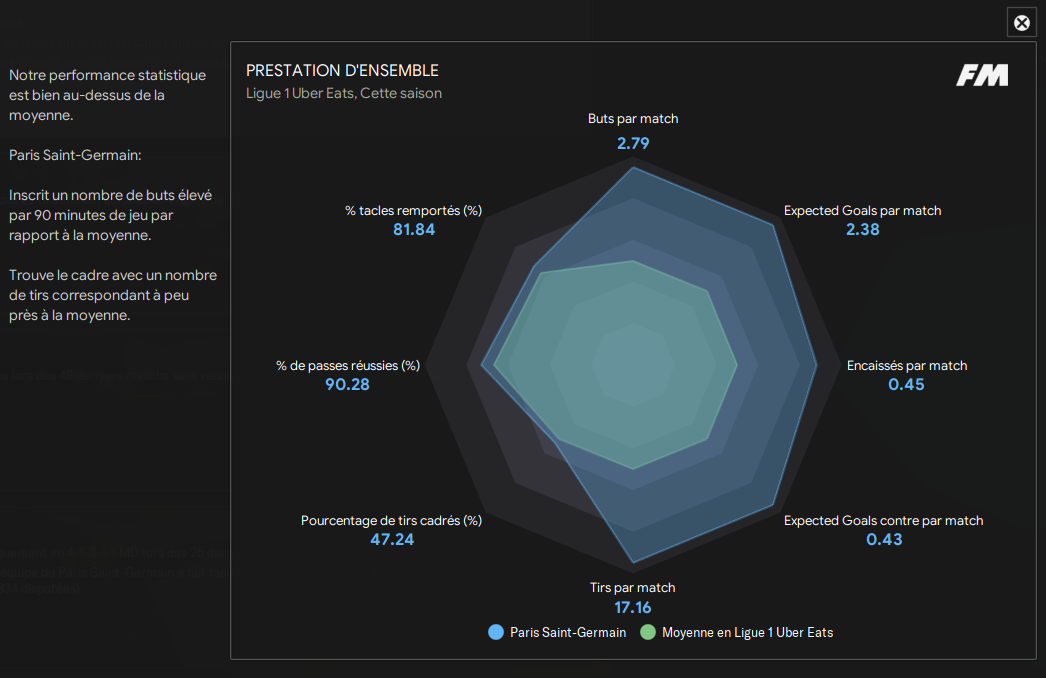 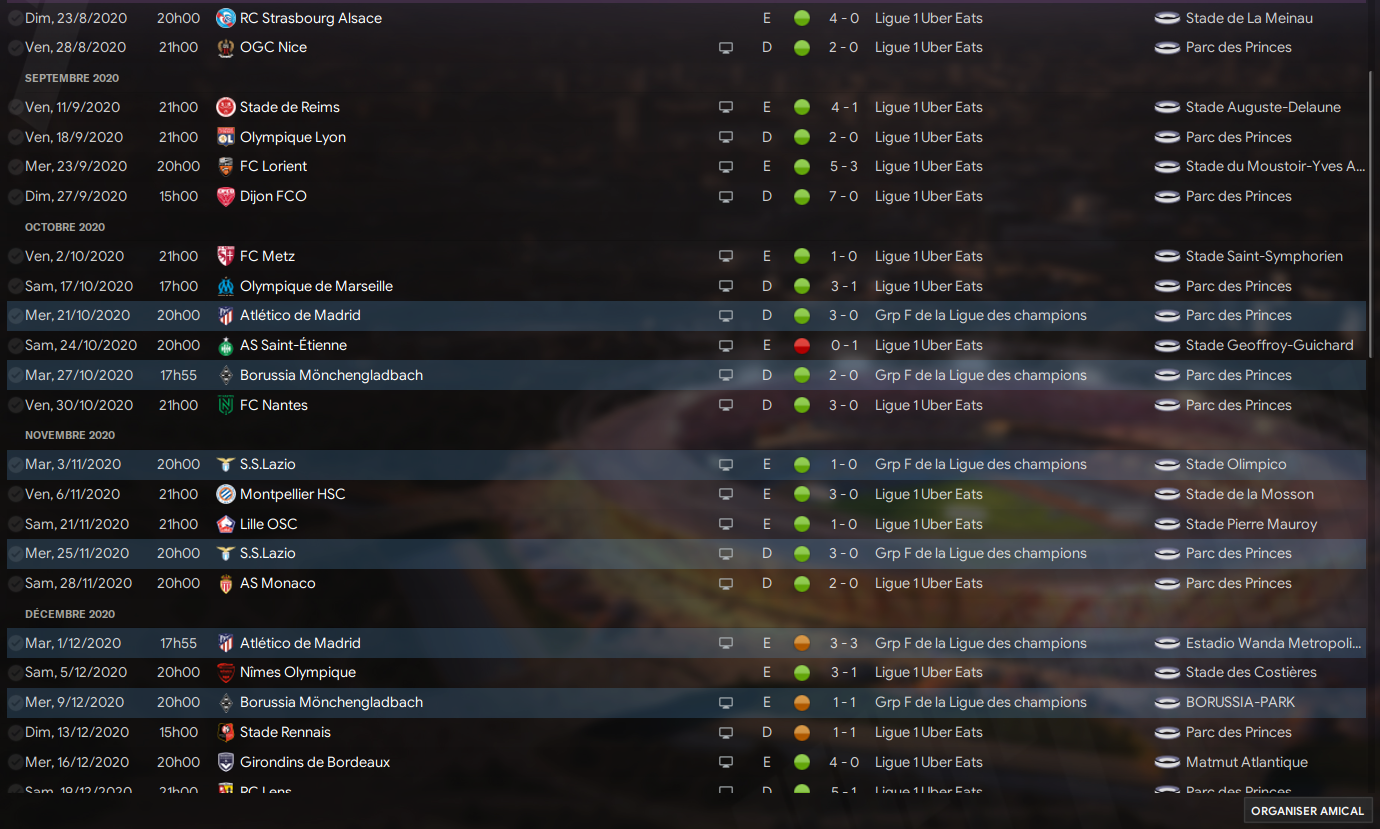 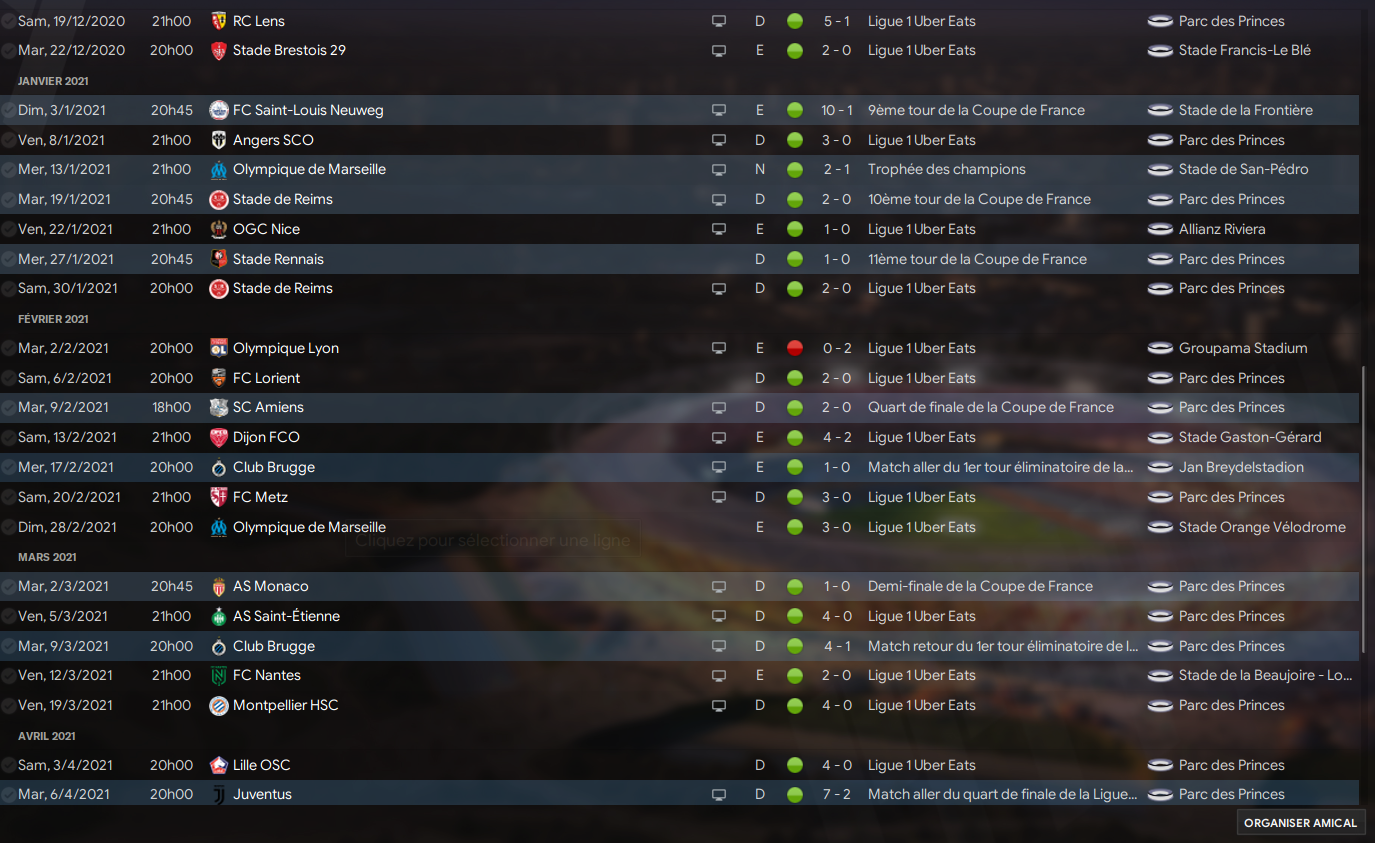 With PSG results were really good in my opinion I also tested the tactic with RC lens who are predicted 19th and managed to finish 2nd behind PSG of course: 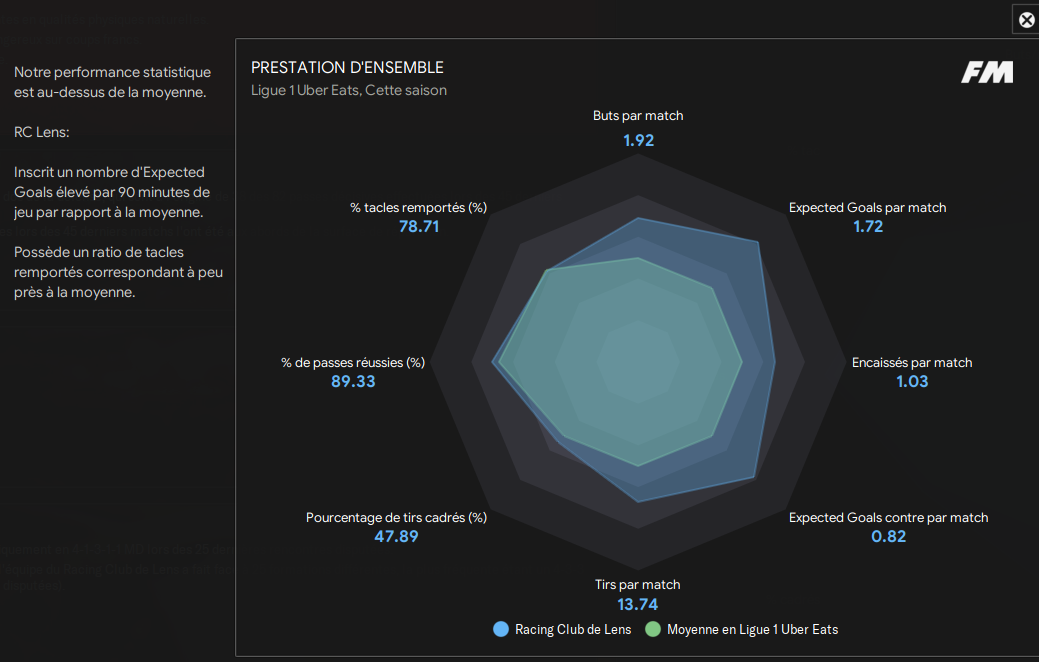 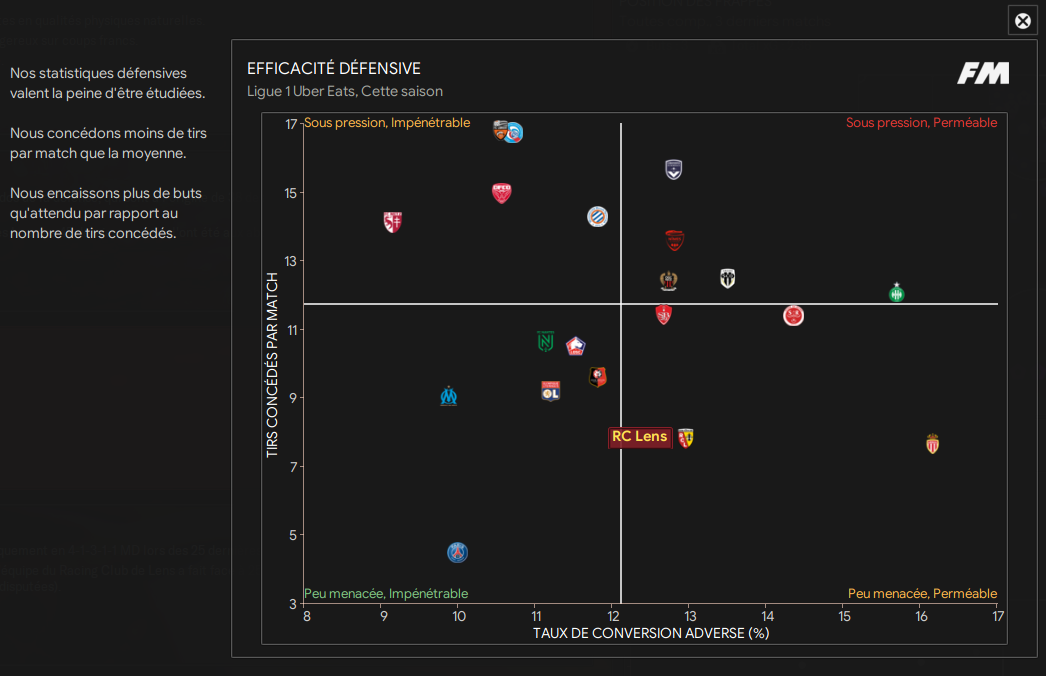 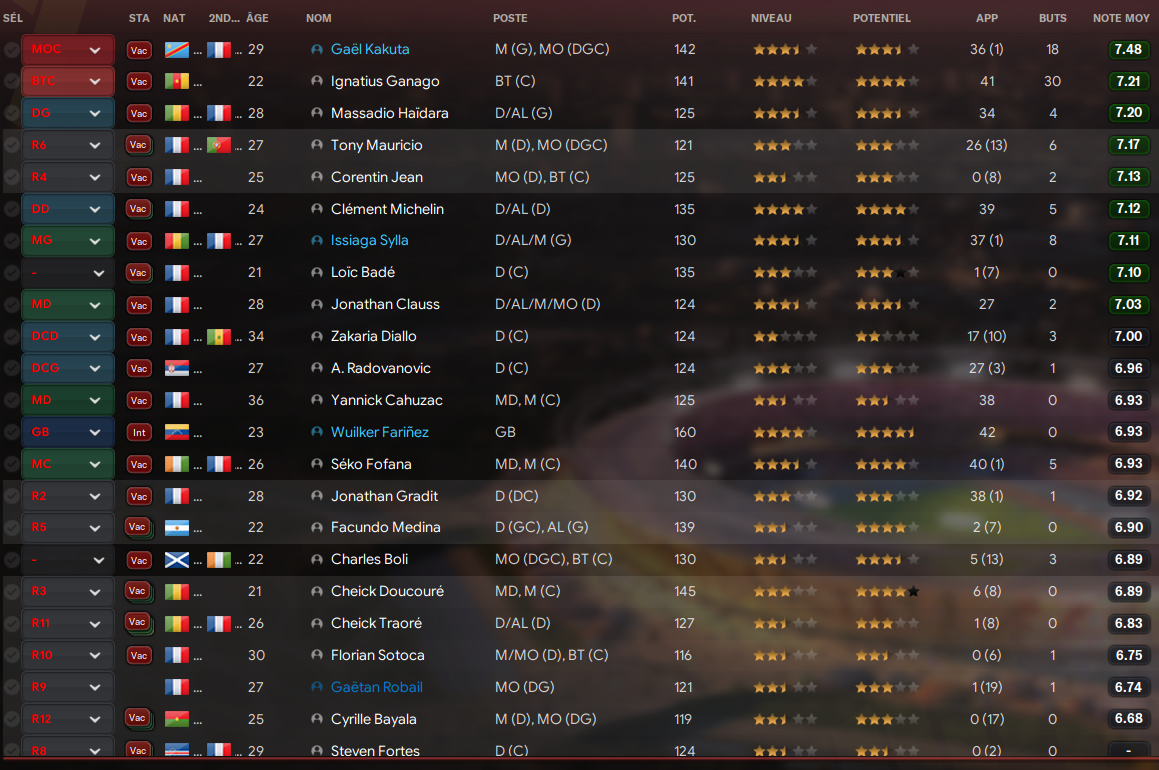 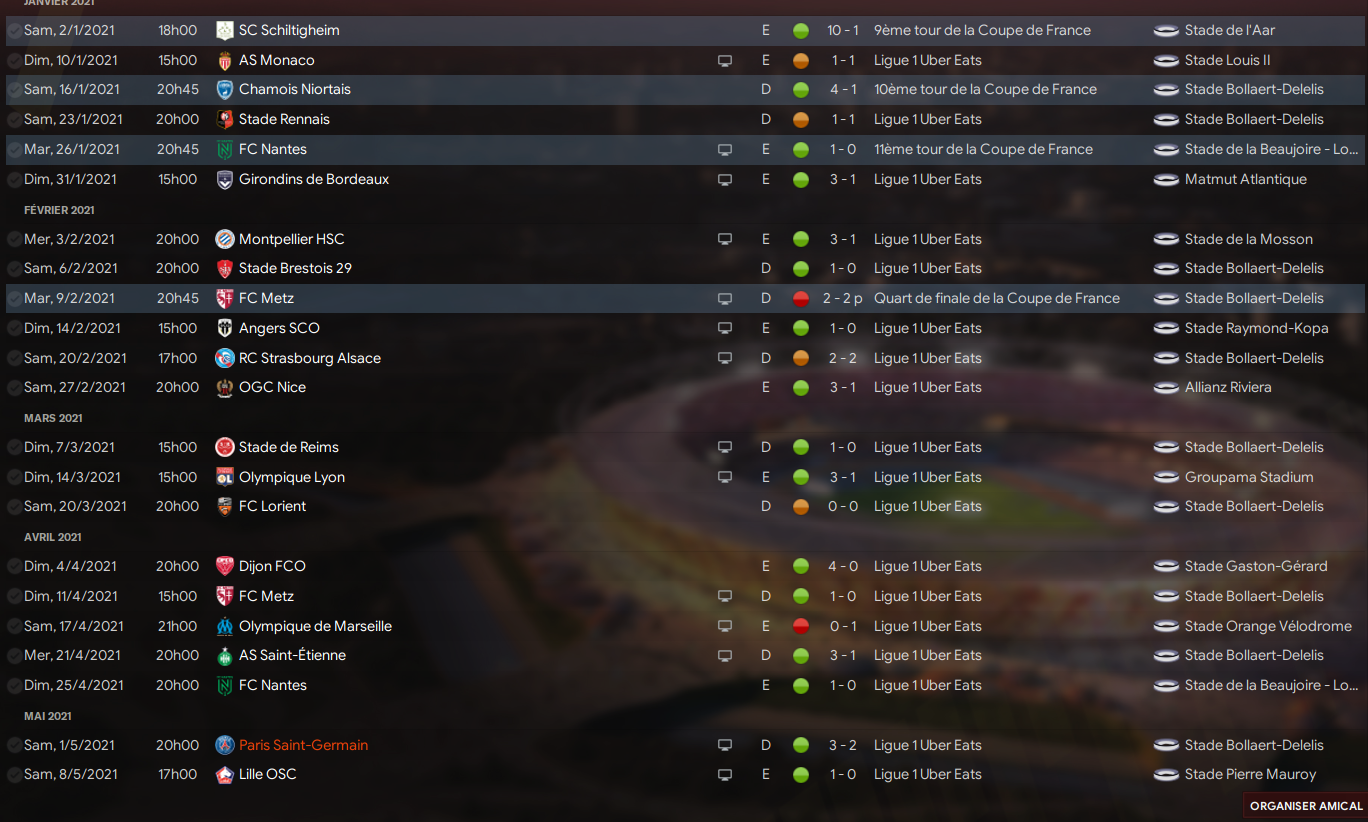 So yes I would be glad to have some feedbacks from you and this tactic being tested multiple times and see results with others sub top and underdogs teams.
Cheers