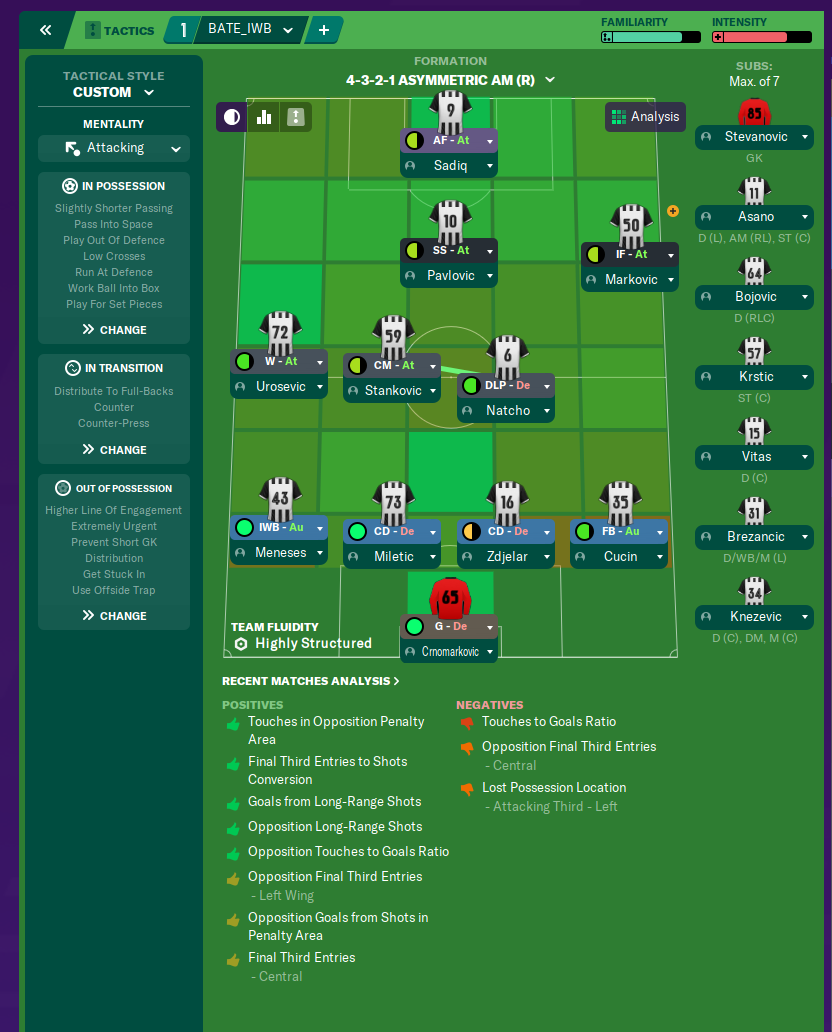 A tactic developed over time with my BATE save, originally was very tight but goalscoring chances where a bit limited. Over time I accidentally discovered the power of the IWB when believing one of my CBs who had better FB stats was right footed instead of left. Now being used for Partizan.

The main aim is to have cover available in most areas of the pitch at all times. The wide threats are asymetrical with the right man tucking in while the FB supports and the left man staying wide whilst the LB tucks in and support the midfield.

Long shots (particularly from the CM-L) have been quite the threat for me if you have a good enough player.

This tactic should suit a team that generally plays teams around the same size or smaller with the occasional bigger match (e.g. CL or EL) without having to do much chop and changing. The positions have also been selected to players cam provide a lot of versitility.

The ST and AMC needed attributes are similar, LB and RB positions both require right-footed players and the wide men are both left-footed attackers so with a bit of re-training quite a lot of flexibility and injury cover is possible.

With Partizan (I'm in my second season) and our only losses have been a 2-0 respectable loss to Athletico and an unlucky 1-0 loss to Olympiakos. 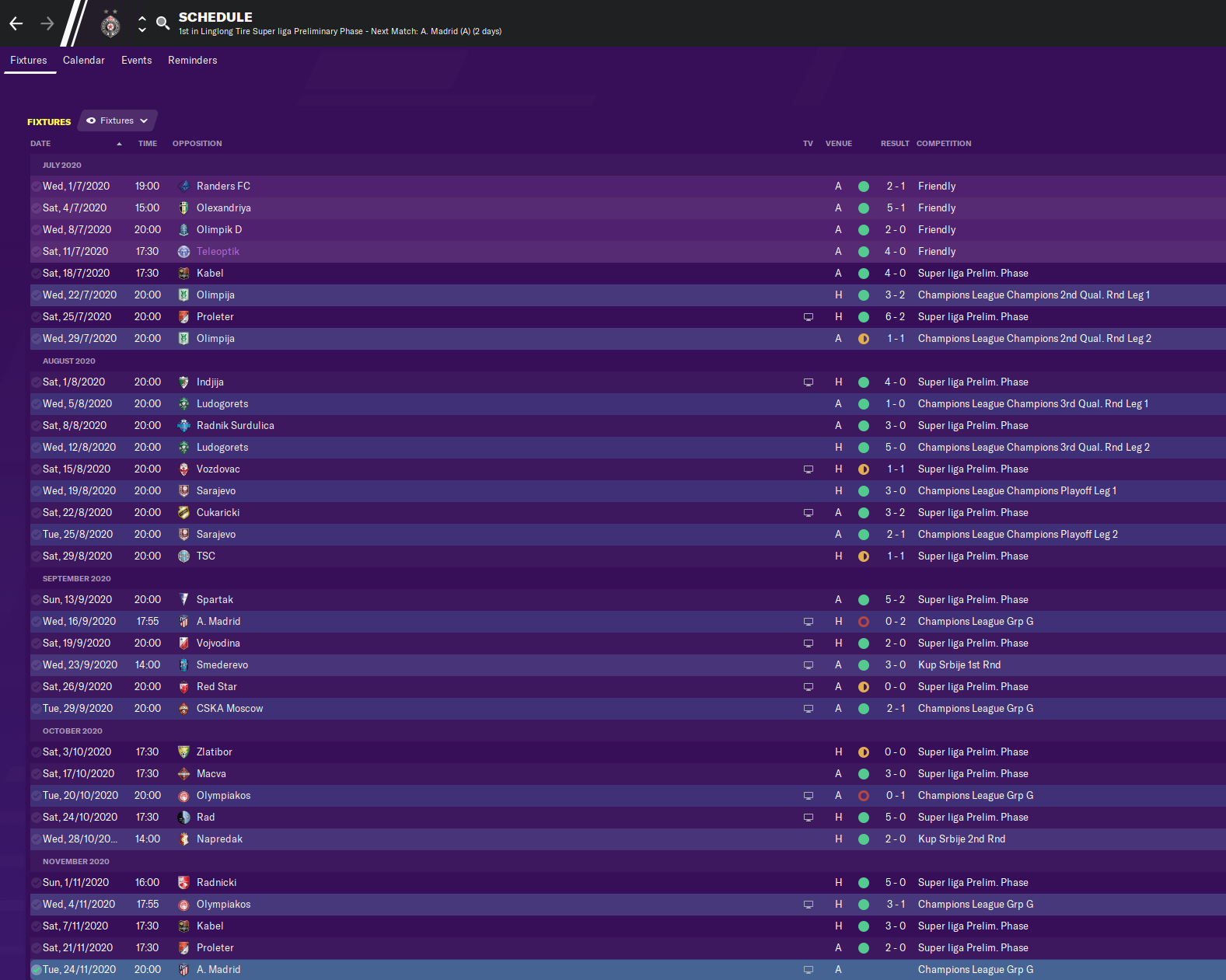 I am bedding in a new, relatively young keeper so he has been a little shaky at times.

This tactic can be a little frustrating at first as requires the team to gel a bit before the goals start flowing but especially once you have that link between the CMs things start to settle quite nicely.

Possession isn't really the main aim of the game as out of possession even if you've lost it whilst attacking there's should be somebody close by with the role/position choices to get the ball back and carry on where you left off.

The defensive/supporting players don't need to be overly athletic (but not snails pace either) as the bulk of the energy will be from quick attack bursts by your wide men, striker and shadow striker.