Download
Overview History Discussion
Growing up I admired Arsenal and Wenger, hence my focus on possession. But the modern game has moved on slightly, hence my tweaks.

4-3-3 (DM) - High intensity high pressing with a focus on short but very quick passing. Focus down the wings with attacking fullbacks and inverted wingers cutting inside.

Has always been my default tactic!

Used throughout my save as Northwood FC (my local, non-league team I got by installing a non-league database!). Promoted from Isthmian League South Central Division to the Premier League in 11 seasons.

The tactic is by no means flawless or that inventive, but it is functional and appears to work no matter the quality of players used. No additional instructions have been added to the player roles. 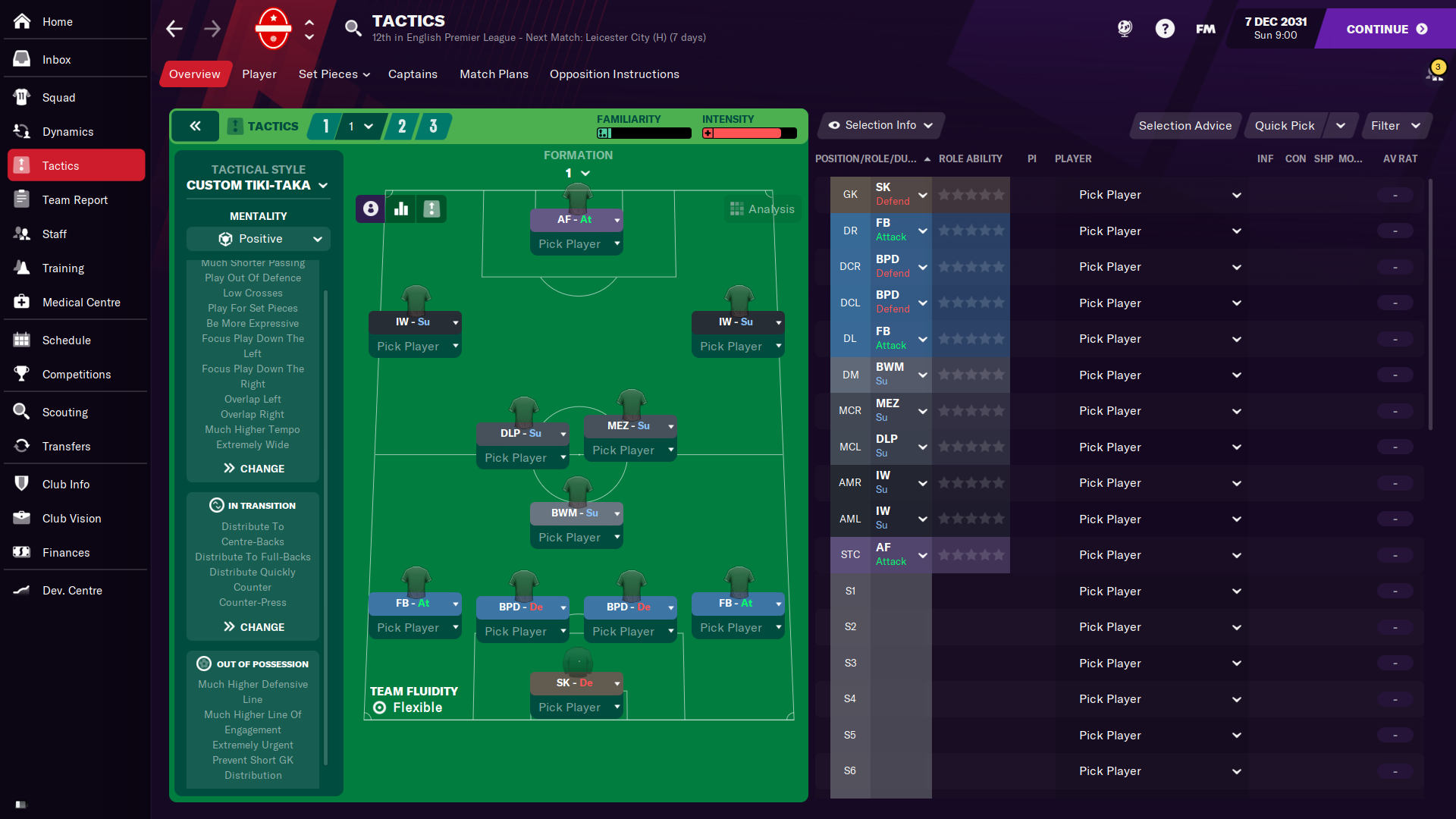 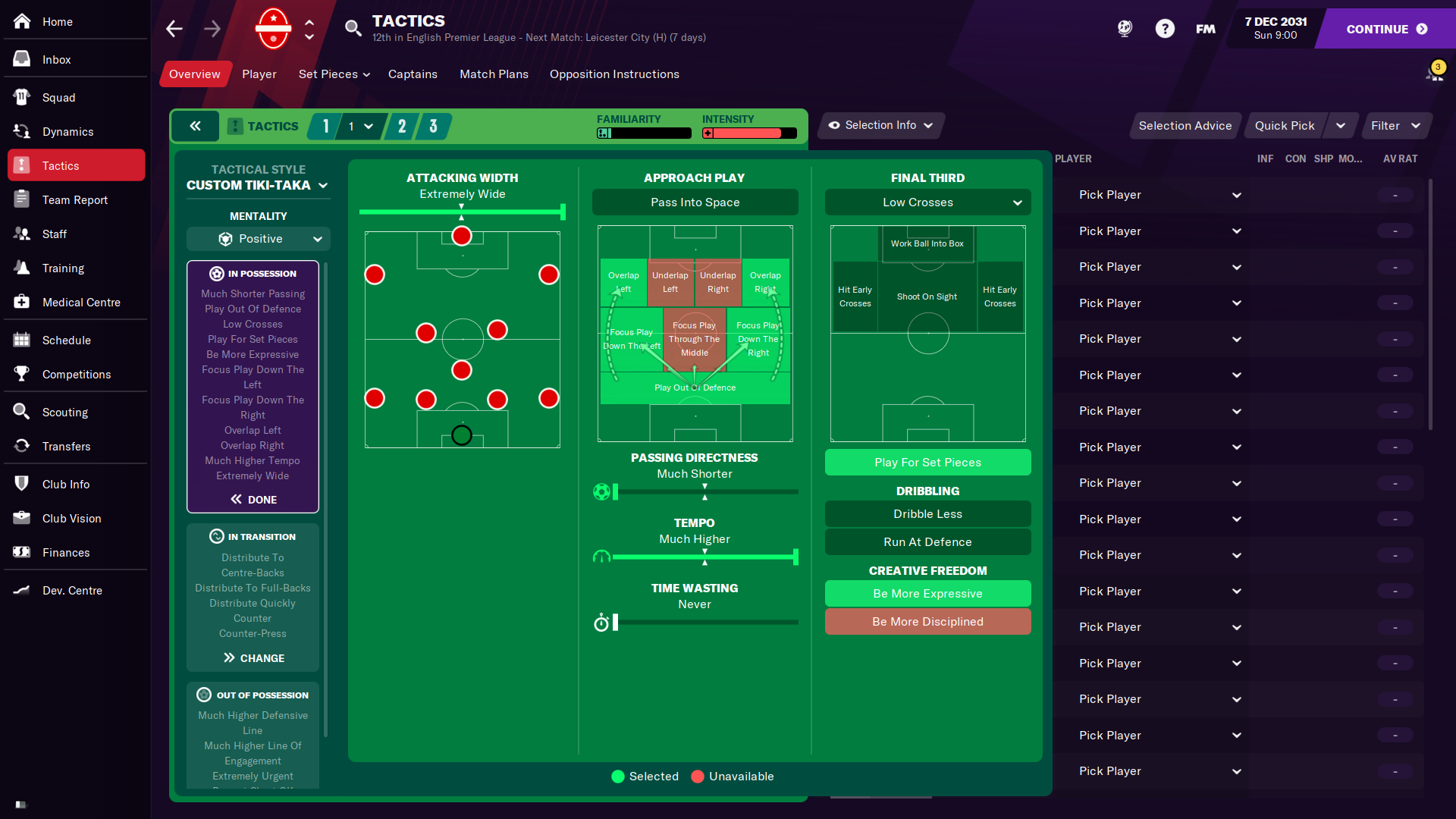 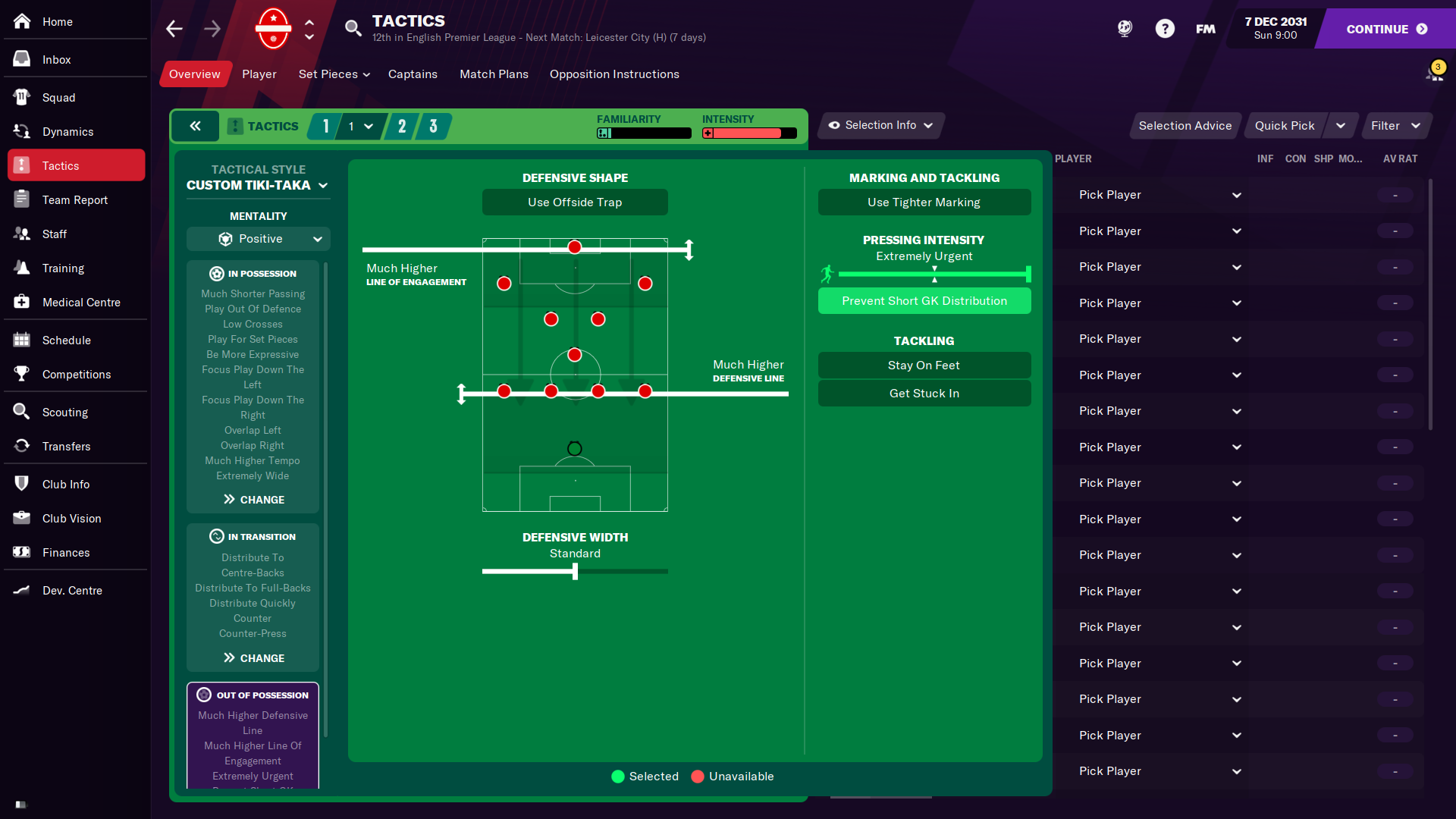