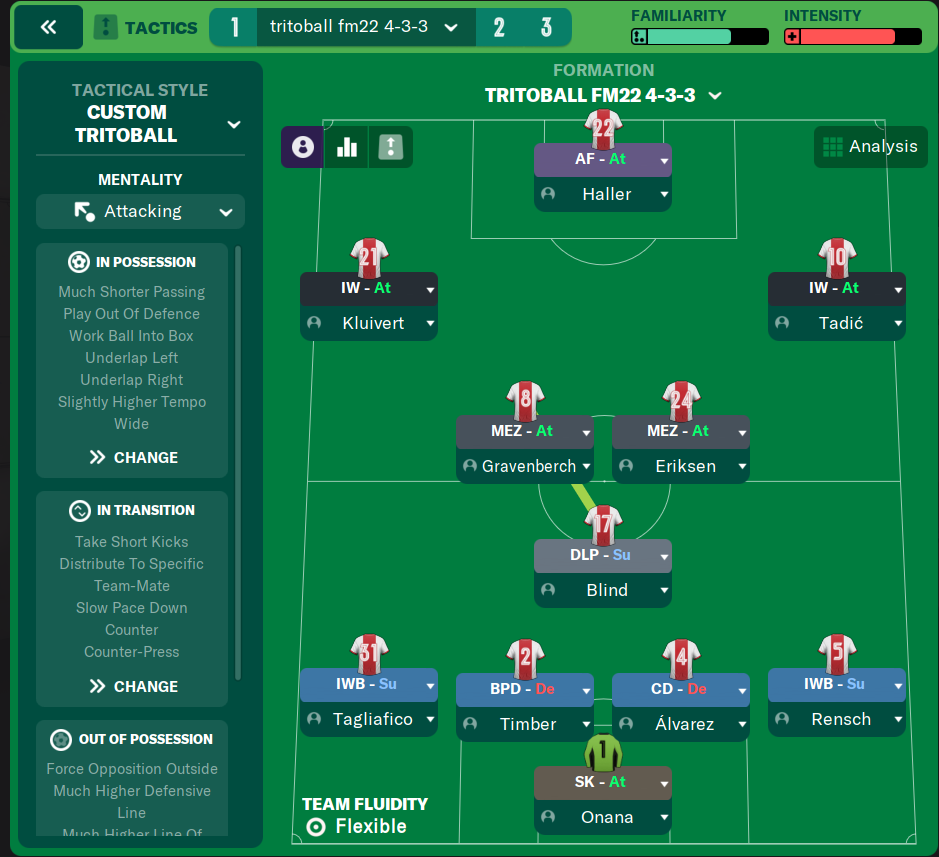 Attacking 4-3-3 (2-3-5 in possession or 2-2-6) seeking to dominate the opponent, the half spaces in particular. With mezzalas who exploit the gap between central defenders and fullbacks, inverted wing backs who give cover to your aggressive wingers, striker and mezzalas up forward, a playmaker that dictates the player, and a ball-playing defender who dribbles into midfield (especially with bring ball out of defense PPM) and breaks the line of press, this 4-3-3 is bound to get you goals. Certified Tritoball in my book. Oh yeah, and don't forget your sweeper keeper guarding the very high line you're using there.

Set piece takers don't matter, I personally don't use OIs, recommended to have technical players and a physical goalscorer who can also lay the ball off with his strength to hold up the ball, while keeping the back line occupied.
The playmaker and the mezzalas are perhaps the most important parts of the entire tactic, with the mezzalas requiring good passing + technique + vision + finishing + off the ball to make runs in the halfspaces. Playmaker is recommended to have 14+ passing and 14+ vision, along with decent defensive attributes.

Recommended to switch mentality depending on quality of team or quality of opponent, along with defensive lines.

First season with Ajax, achieved record amount of goals scored in the Eredivisie along with a decent defensive record. Reached QFs in the Champions League vs Liverpool. Haller got 34 goals and almost won the European Golden Boot, even with a mid-season injury. 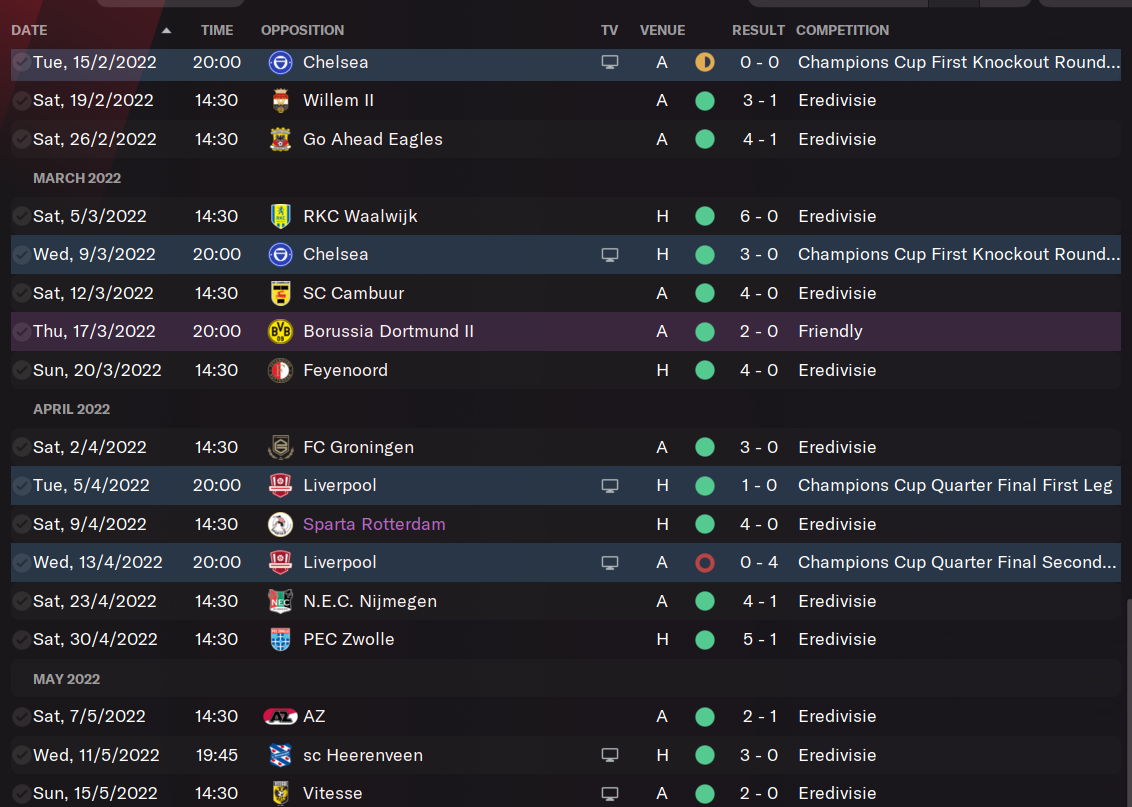