You will dominate possession. You will score goals. You will be defensively sound. What more could you want?
I originally started making a tactic to be similar to Arsenal's invincible side and it evolved into what you see here. 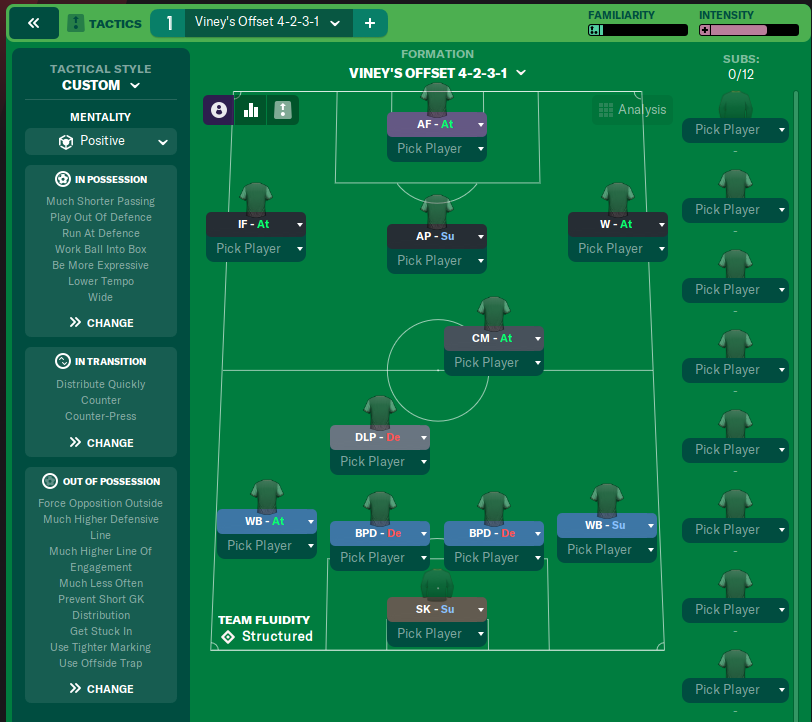 The team plays with a high defensive line with a sweeper keeper offering protection behind and a defensive midfielder to offer protection in front. The DM is set to the left to cover more on the side with the wingback who is more often going to be up field but he will still cover across if needed. With the left wing back providing width on the left this means we can allow the winger to become an inside forward and drift inside more. Him and the striker are the two main attacking threats during open play but the central midfielder does also come up with a good number of goals most of the time.

On the right hand side the winger provides the width more with a slightly less attacking wing back in behind him. The space that is filled by the inside forward on the left is more open for the central midfielder to move forward into and this is where he gets his shots in from. The attacking midfielder sits in the space in the middle and links the moves together across the pitch.

Defending set pieces we mark man to man because I've never yet seen a zone score a goal. Attacking wise the centre backs will attack the near post and chip in with a good amount of goals. You can put your best set piece taker on these regardless of position (except for centre backs). There is always enough cover to avoid being countered on and enough players forward to provide a good threat.

The style of play is mainly short patient passing but if the opportunity is there for a ball over the opposition defence it can be taken. Cross field balls to wingers in space are also fairly common. In defence we aim to force the opposition out to the wings and away from the goal. It makes sense that they are less likely to score if you keep them out of the middle.

I never use opposition instructions. I always find that they move players out of position and if your side is dragged out of shape you will concede more goals. If a man is sent of you can sacrifice either the DM or AM depending on whether you need to score or hold on to what you already have.

I had a small blip at the end of my testing season that cost me the league but when you play 4 games in a week with 5 of your 22 man squad on international duty or injured that can happen. 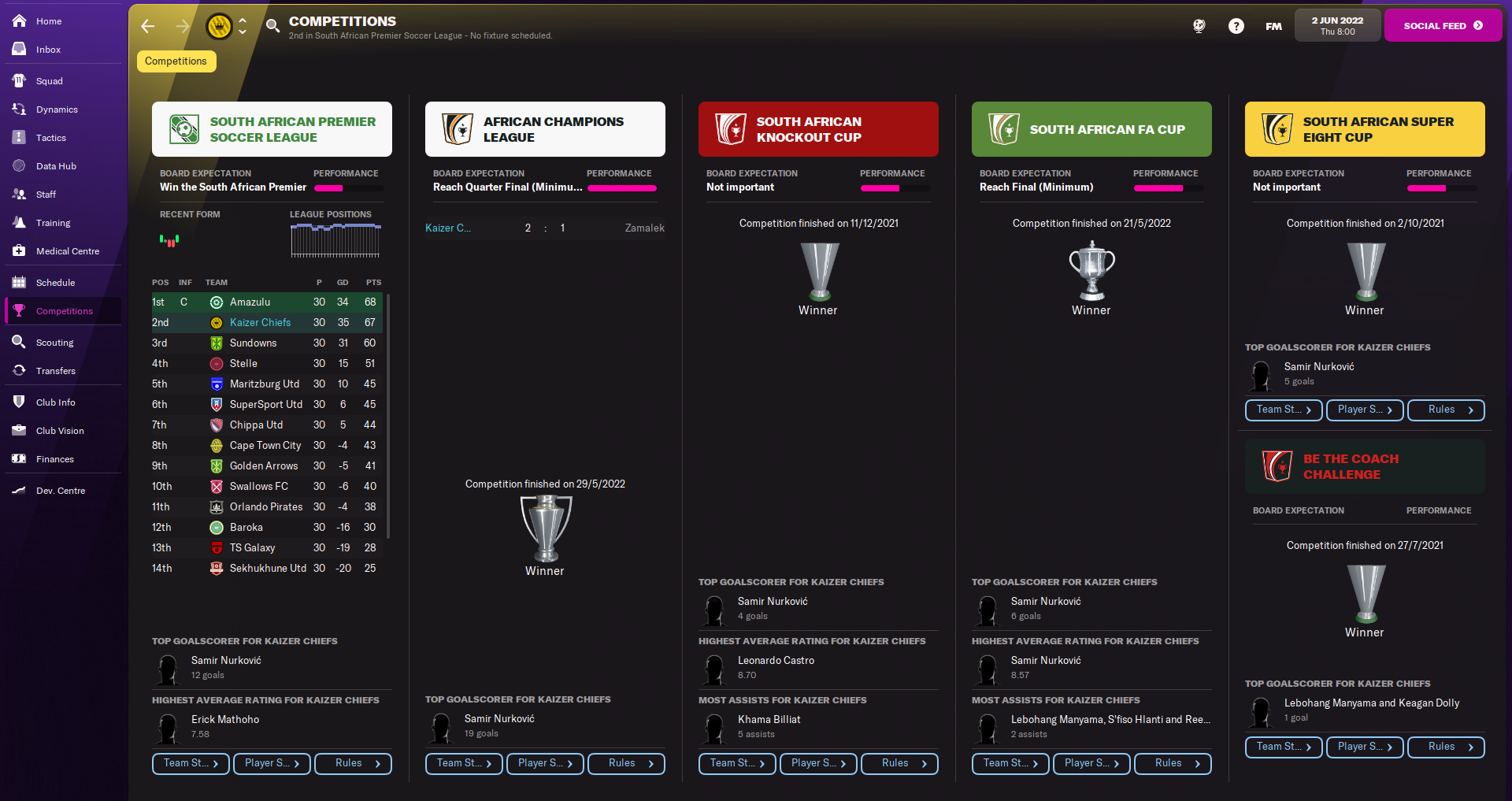 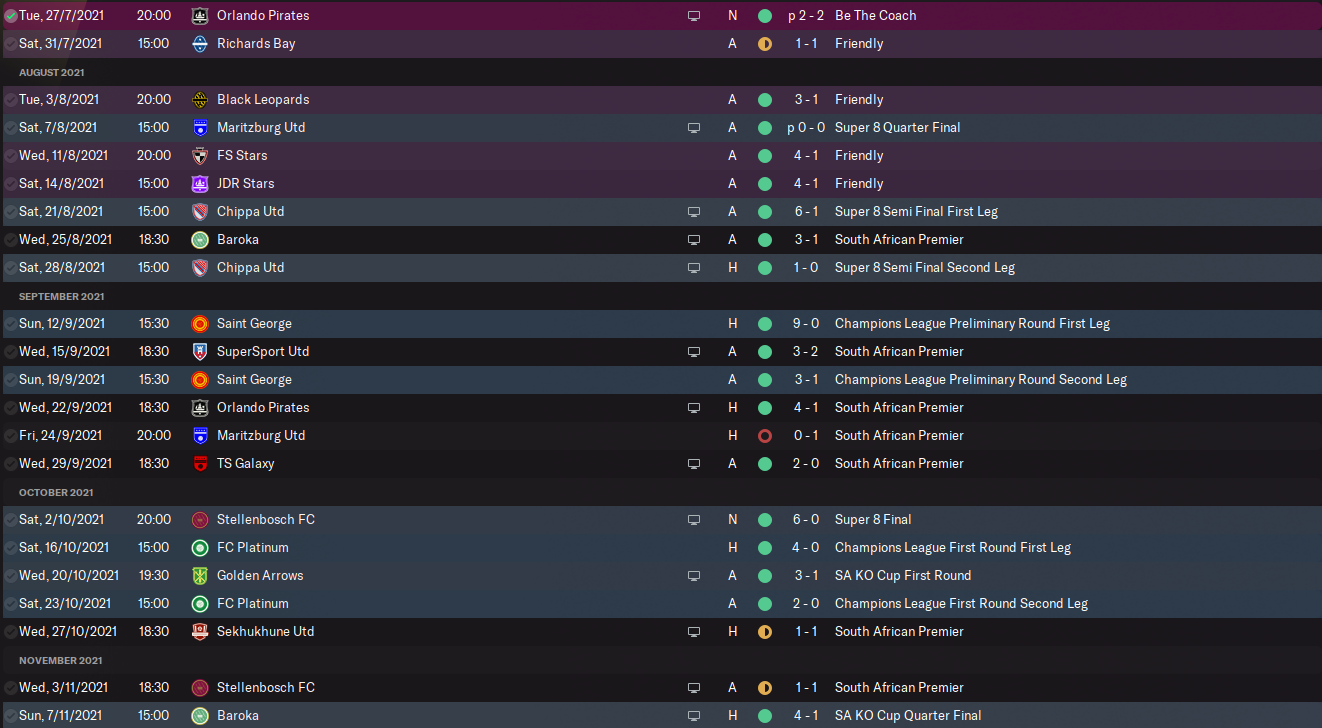 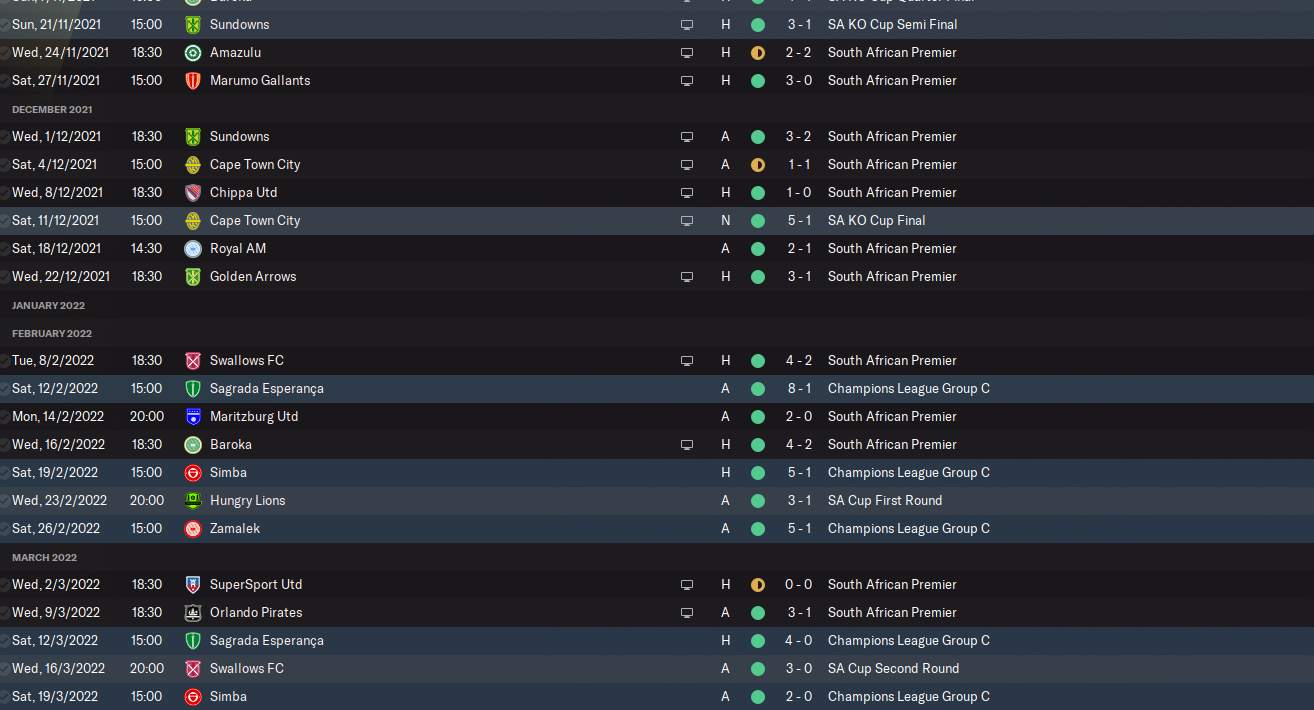 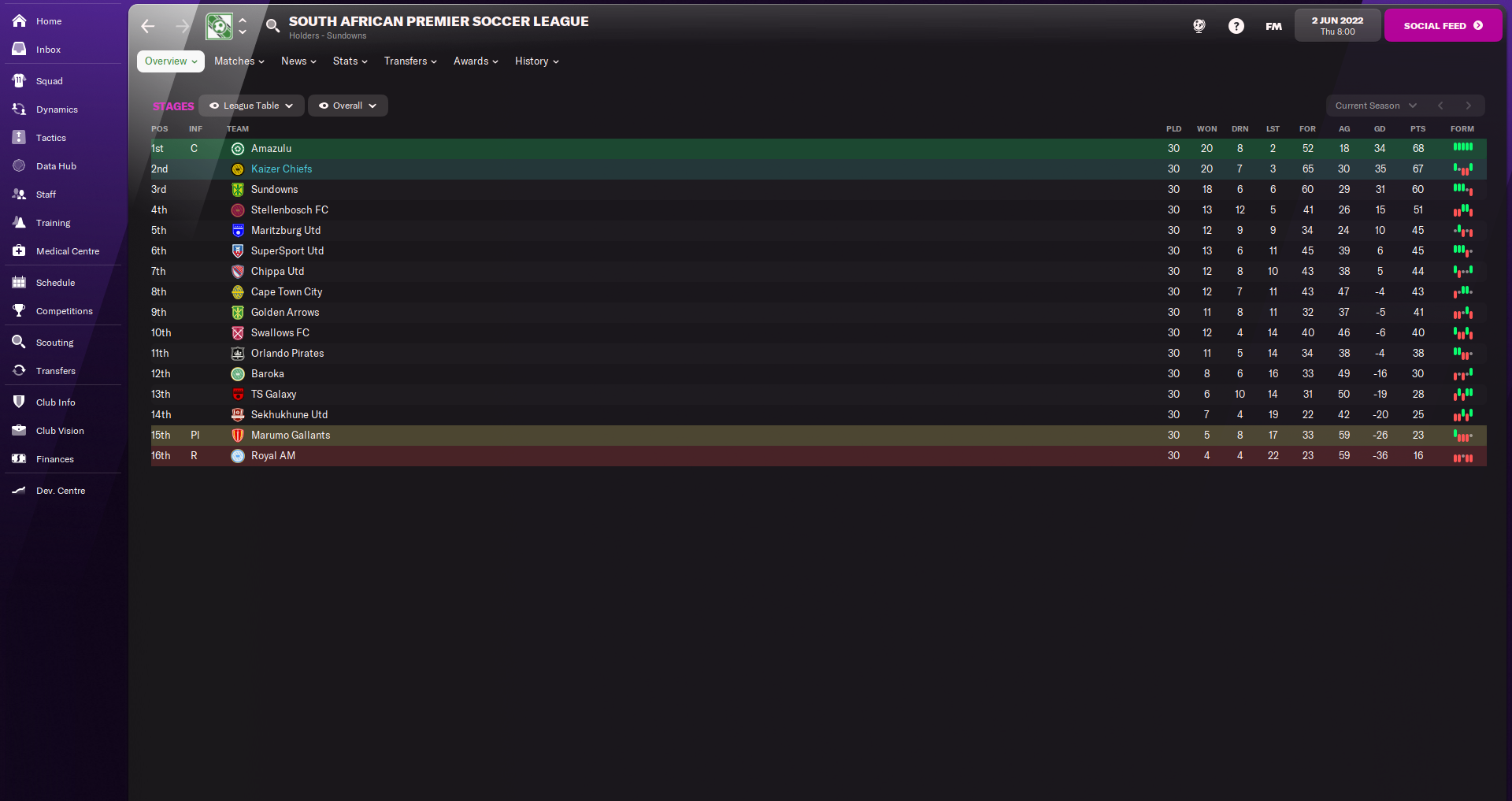