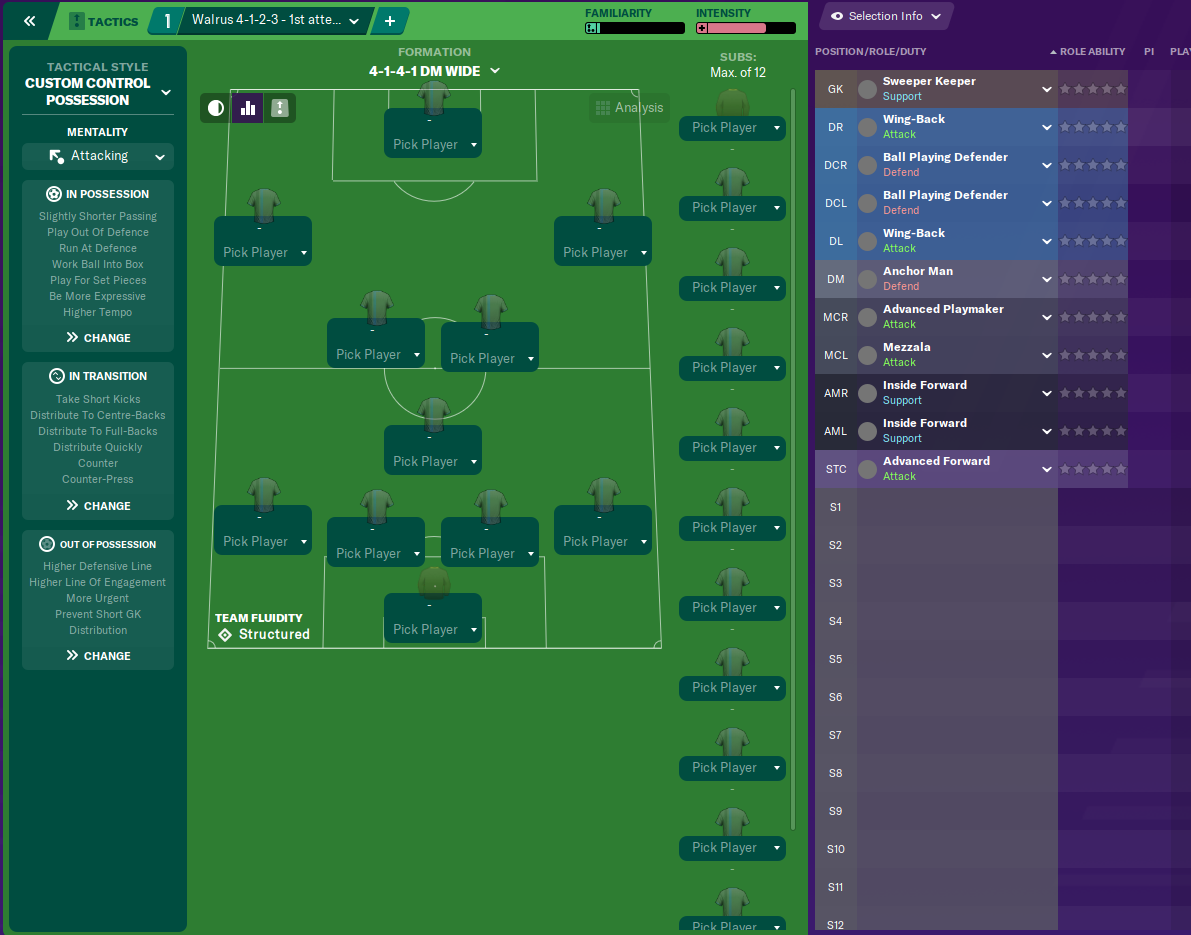 My first attempt at a formation, I was really happy with it. Worked really well with Burton Albion, both in the lower divisions and in the Prem. I eventually won the Prem, CL, FA Cup and EFL Cup in my 8th season 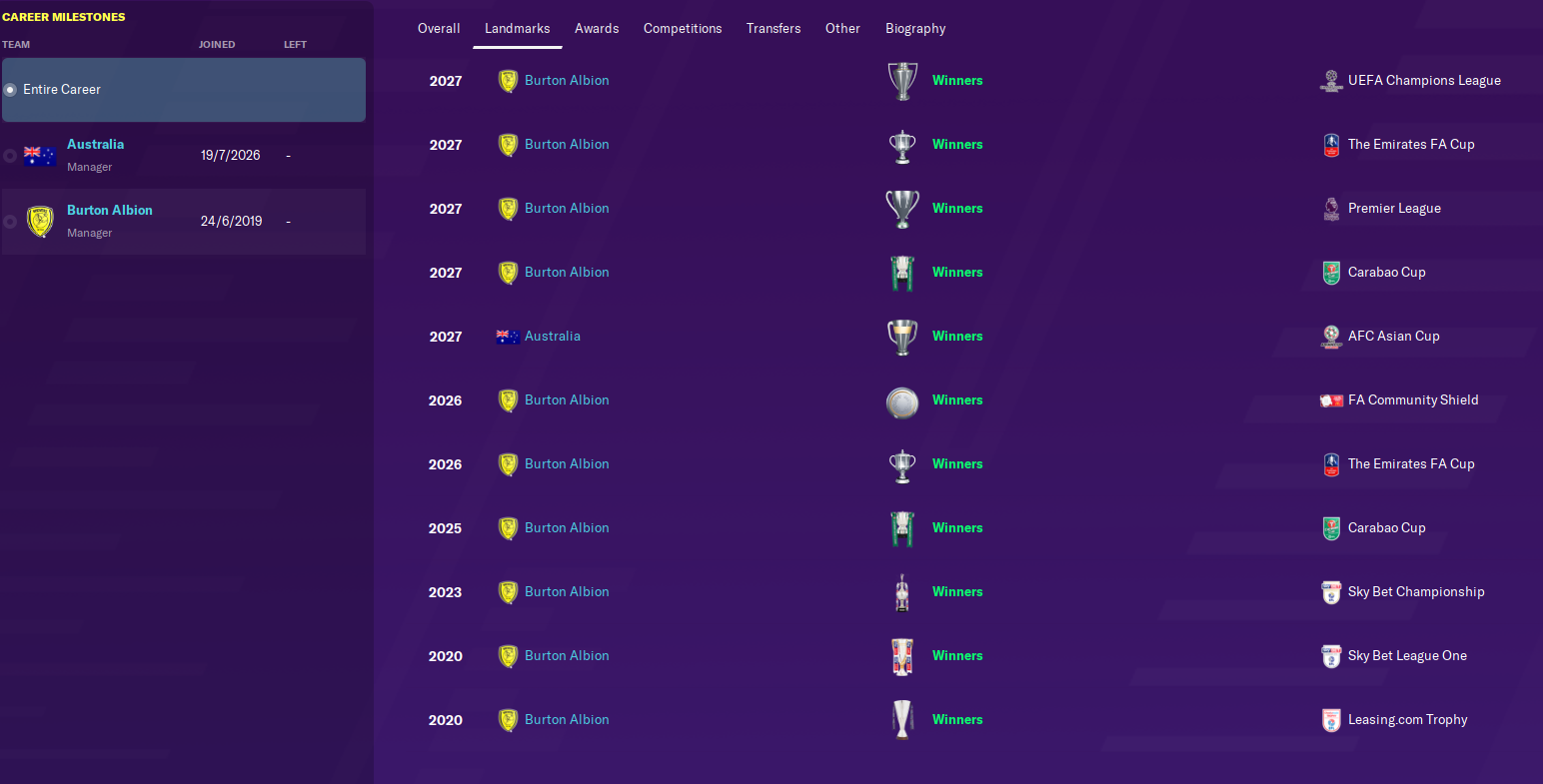 I've been mucking around with the CDM position too. Some games where you need the DM to press forward a bit more and support the more creative midfielders, playing DM Support is better than Anchor. The L CM position I change between DLP Support and Mezzala as well, not sure which I prefer yet, both seem effective.

I will admit there were a few times where I was inconsistent and just could not break down defences playing deep, despite having more possession and/or goal scoring opportunities. Not sure if it's me/the tactic or the match engine or a combination of both.

Ignore the inconsistent results in the league at the end of the season. I was giving heaps of game time to my young players as I'd already won the league. We had some amazing performances including a 4-1 win against Bayern and a complete demolition of Man S****y 4-1. 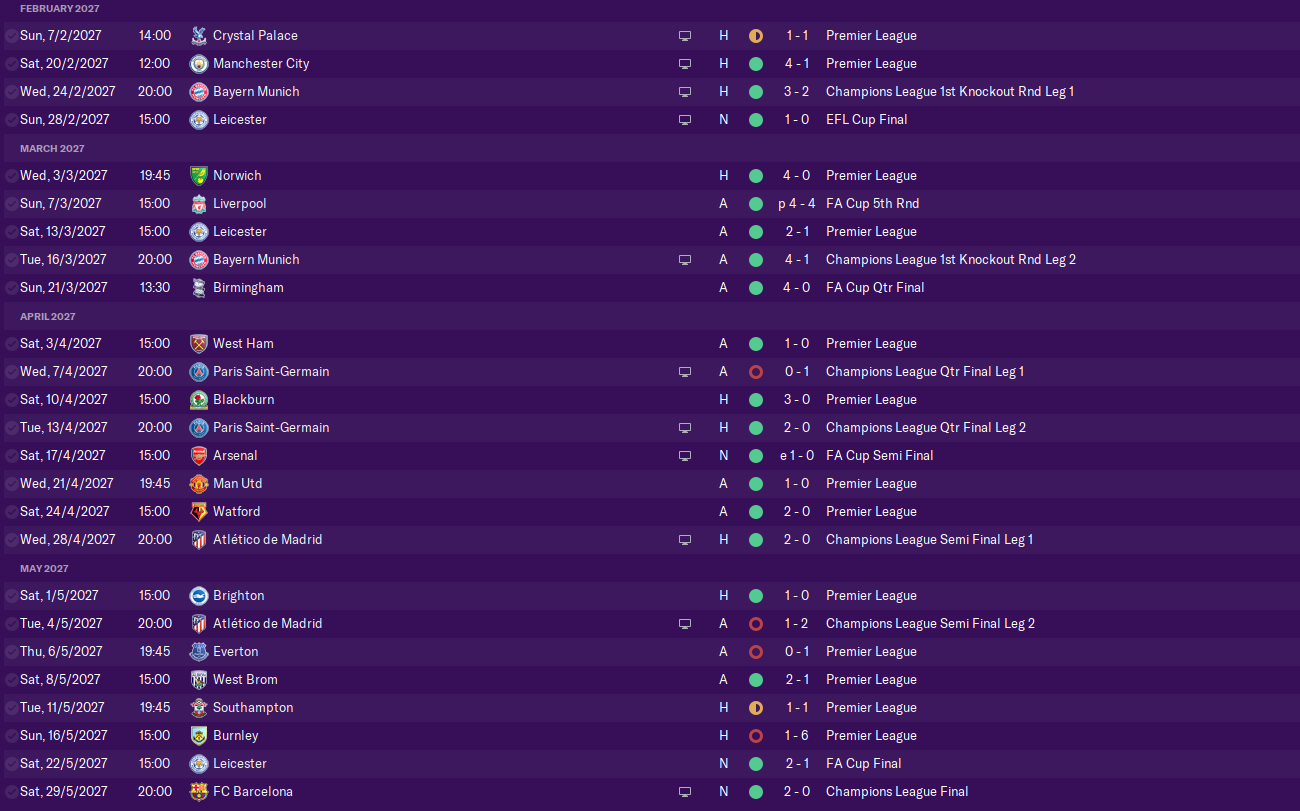