Download
Overview Updates (1) History Discussion
I am not a good tactics creator, i like to test tactis posted on FM-Base and now and then i change them, like i did with this one.
I turned a wide 4231 into a 4321 with no wingers.
And why i did that? Not only i was having inconsistent results with the tactis i was testing but also im fed up with most tactics being 4231 or 4123.
I managed to win Sky Bet League 1 with Luton Season 20/21 and Sky Bet Championship with Leeds Season 21/22. 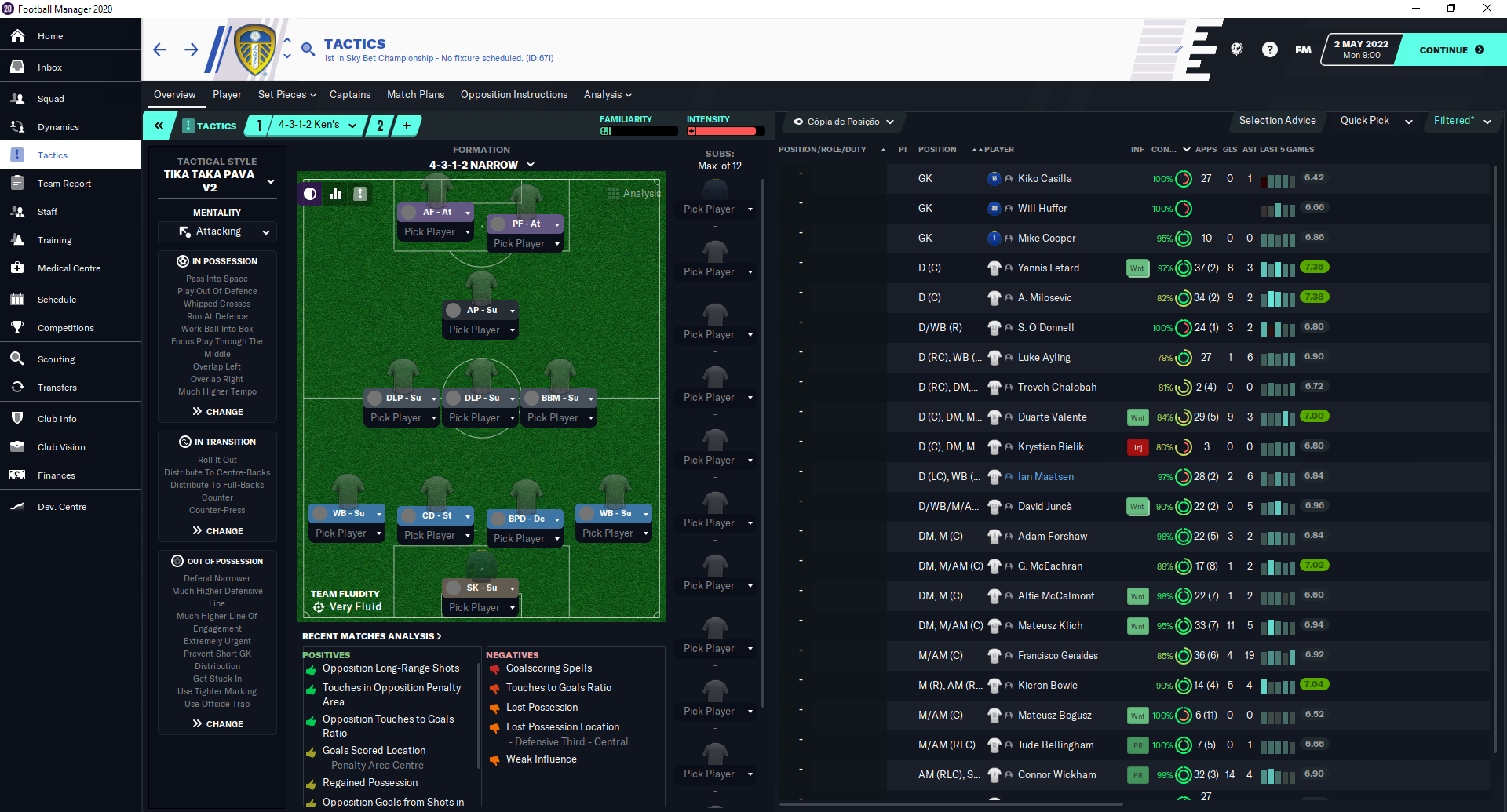 As you can see the roles from the playes on my lineup change a bit like i described before. 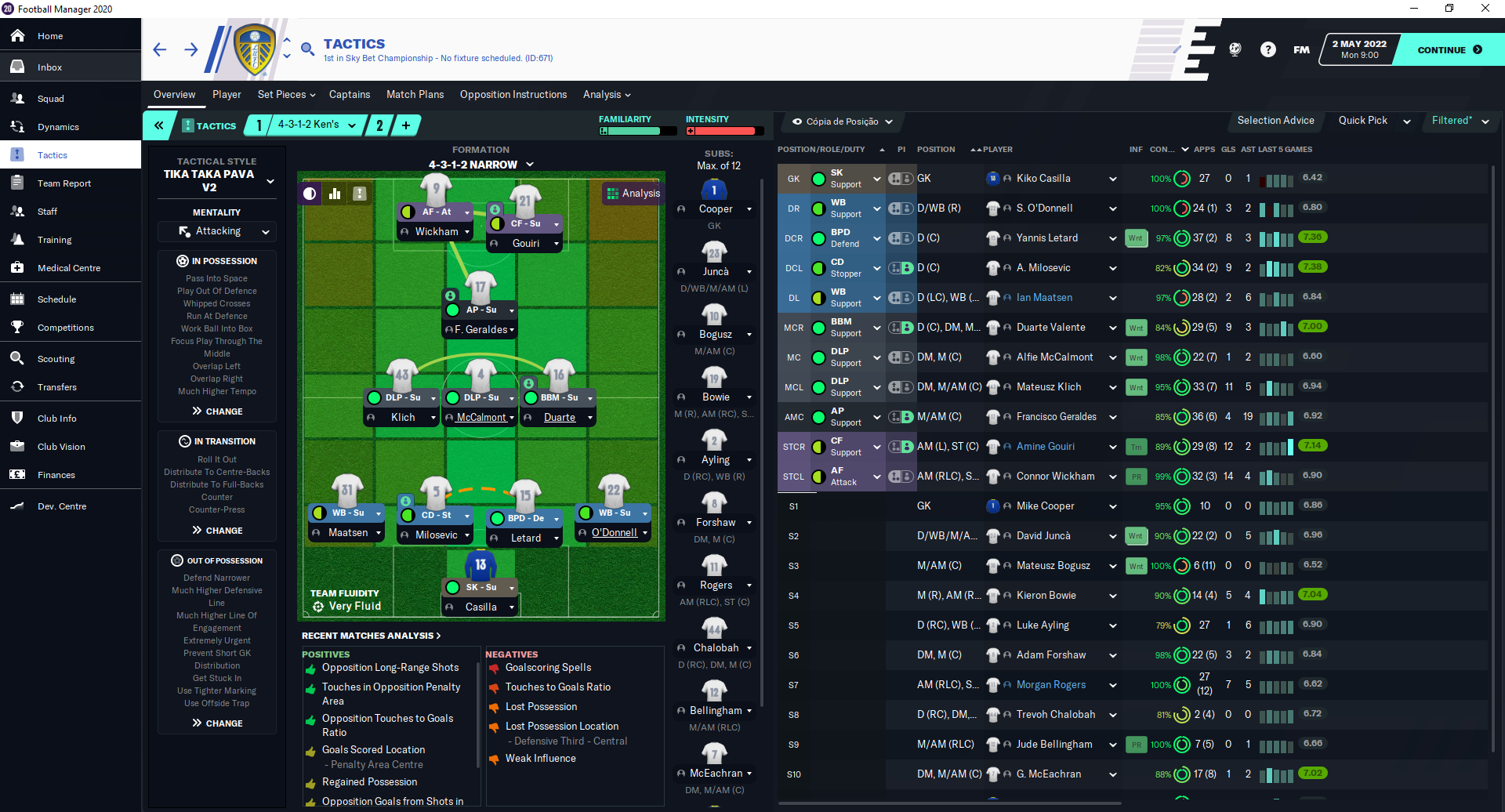 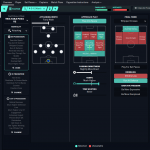 About the players, well, same as usuall, try to get well balanced players accordingly to each position, but bare in mind that you must have good free kick and corner taker. For this divisions 13 points is enough.
Check my Offensive middfielder stats. 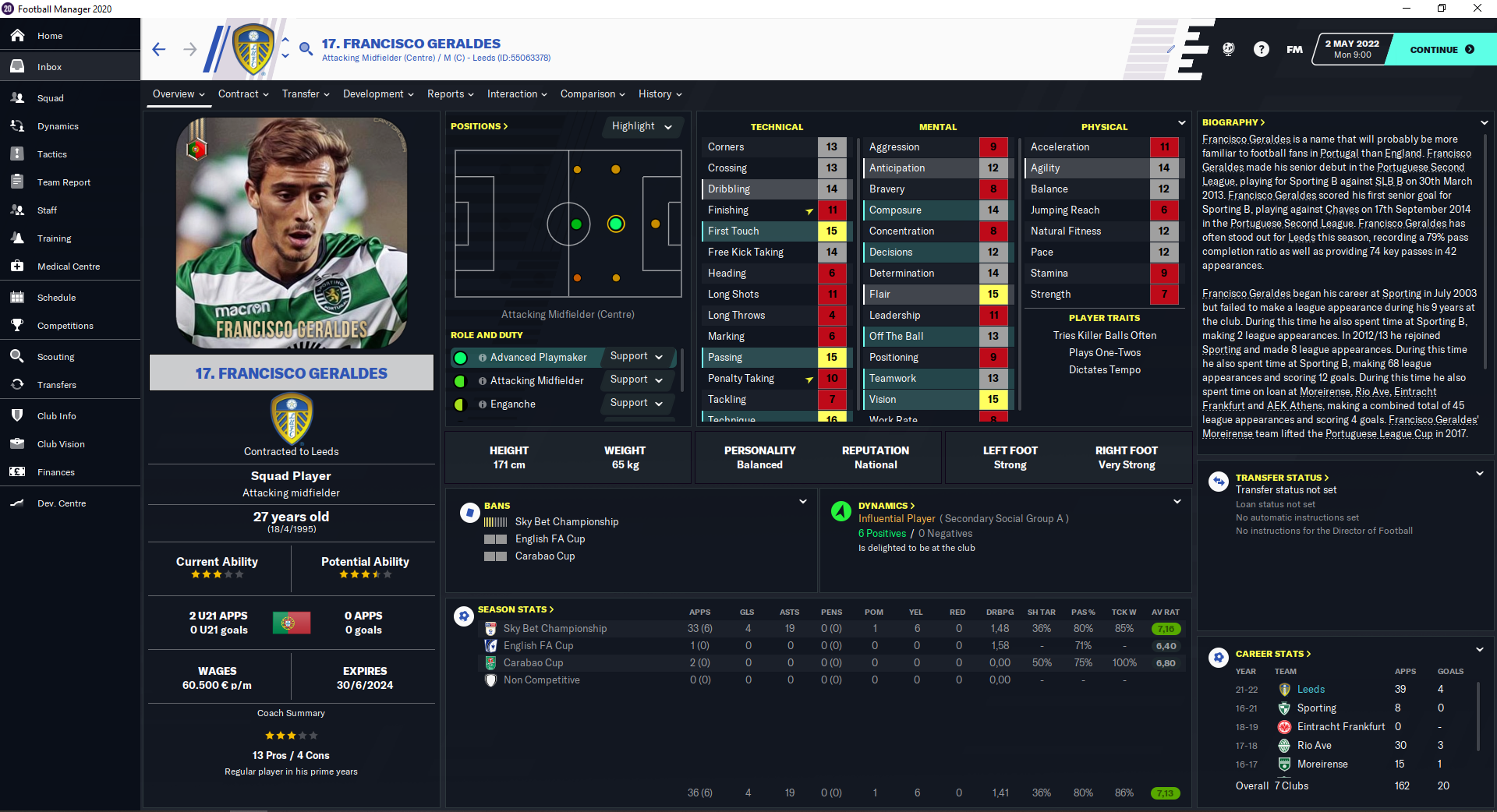 And for the goalscoring centre back's seems that Agrresion and Jumping Reach are the stat's to go for, along with antecipation and bravery. 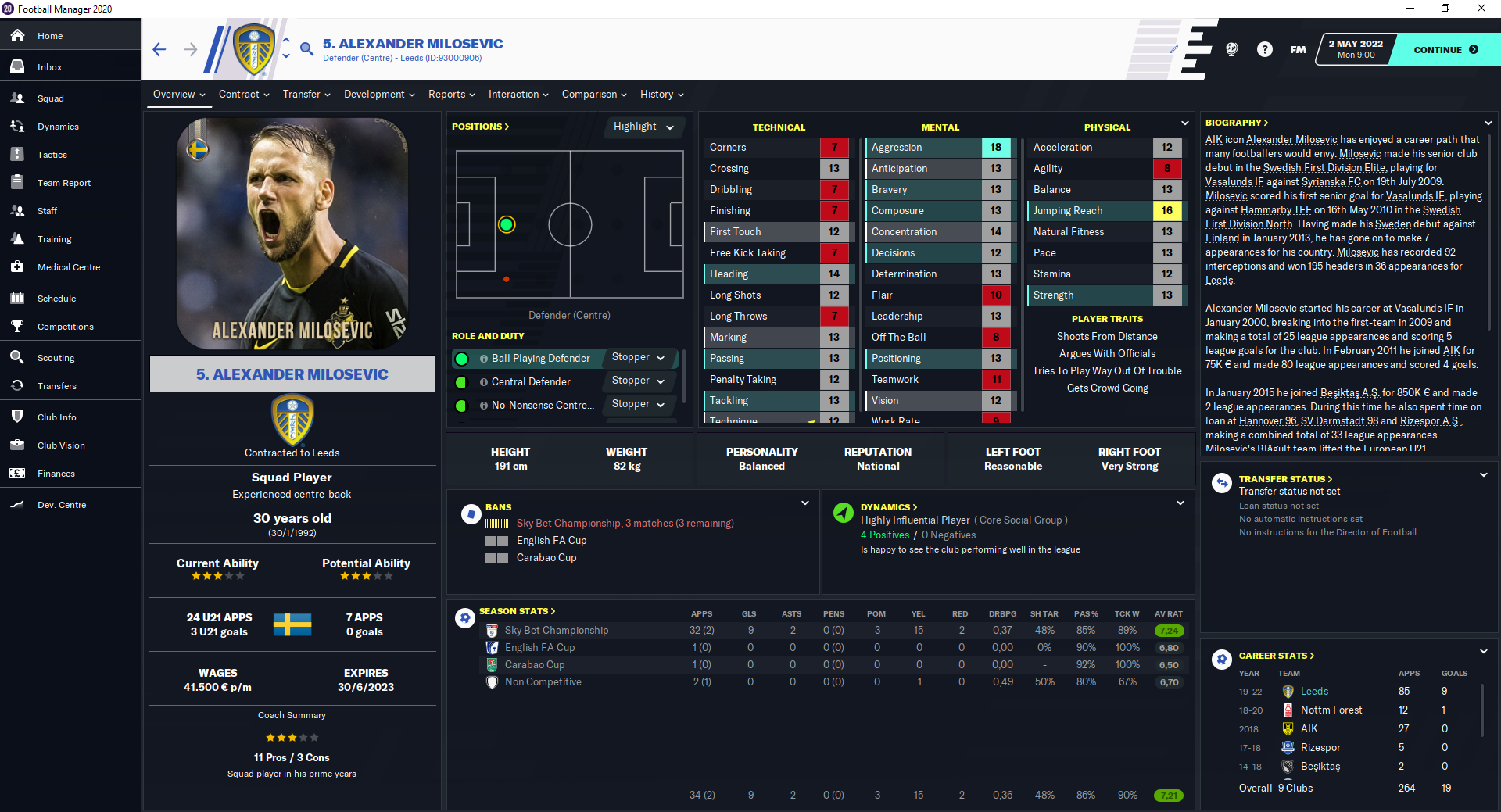 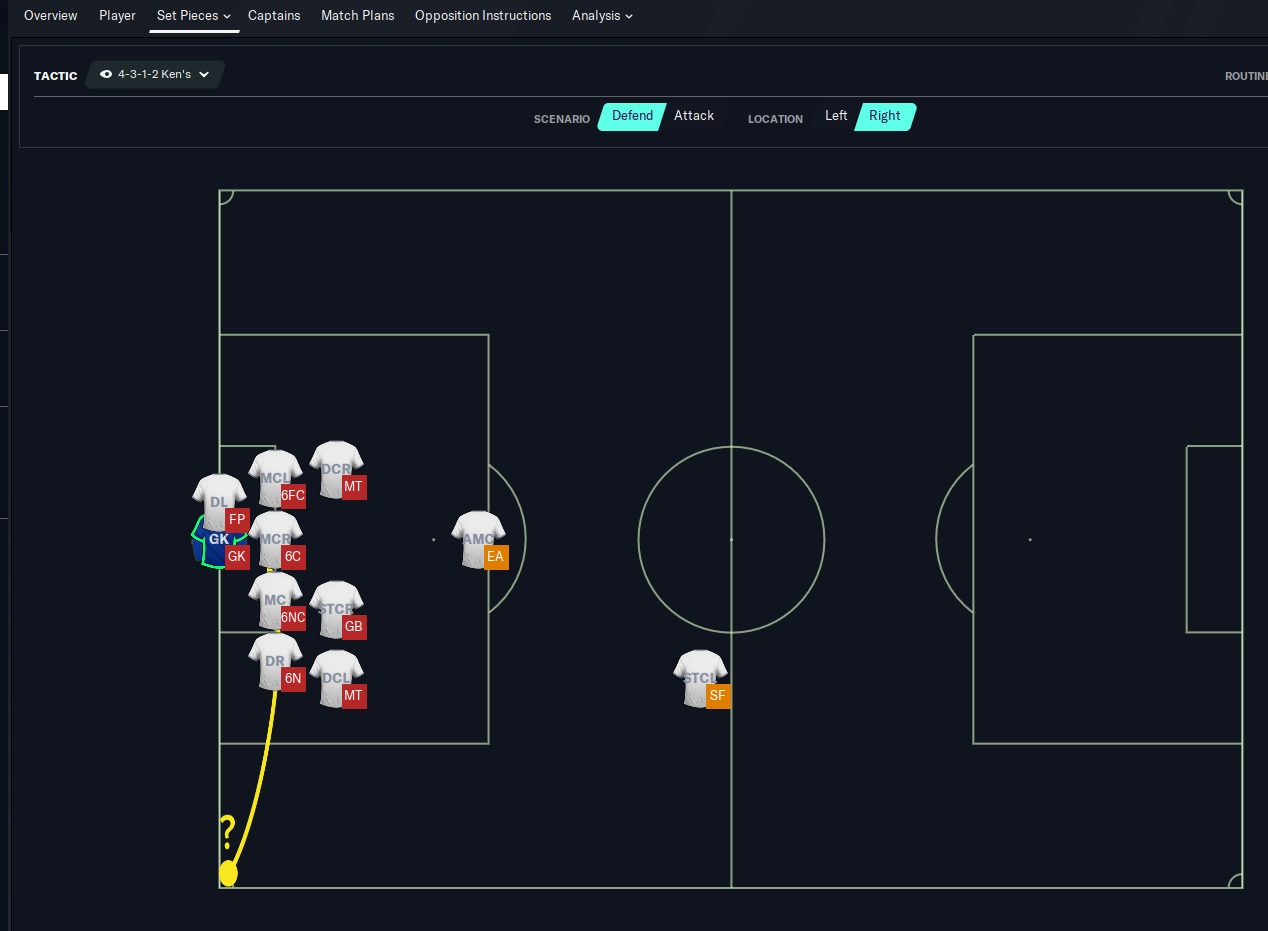 For those that think that that man covering the far post it useless, well here is my momment of shame of the season when i decided no to have any of the post's covered. 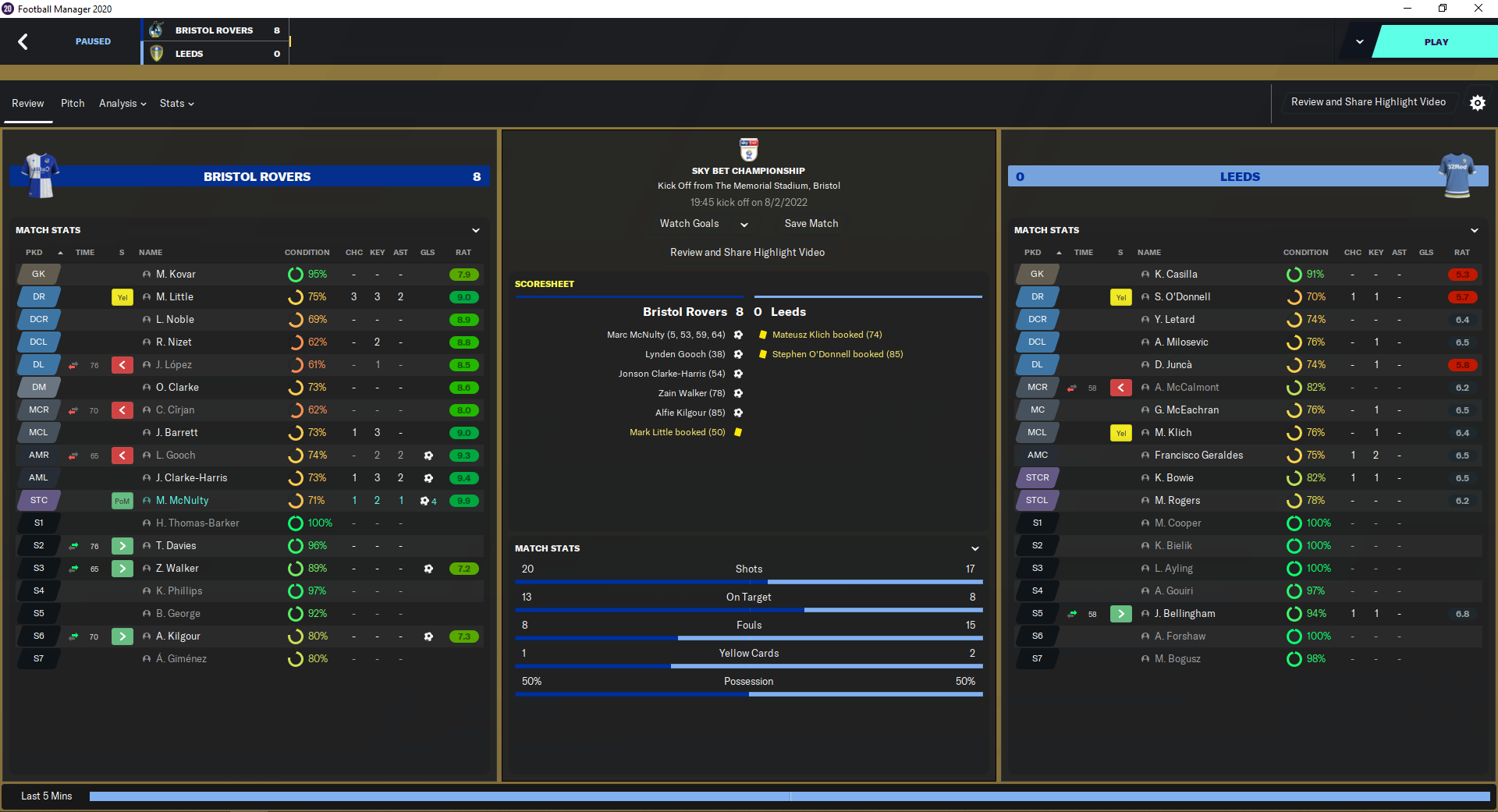 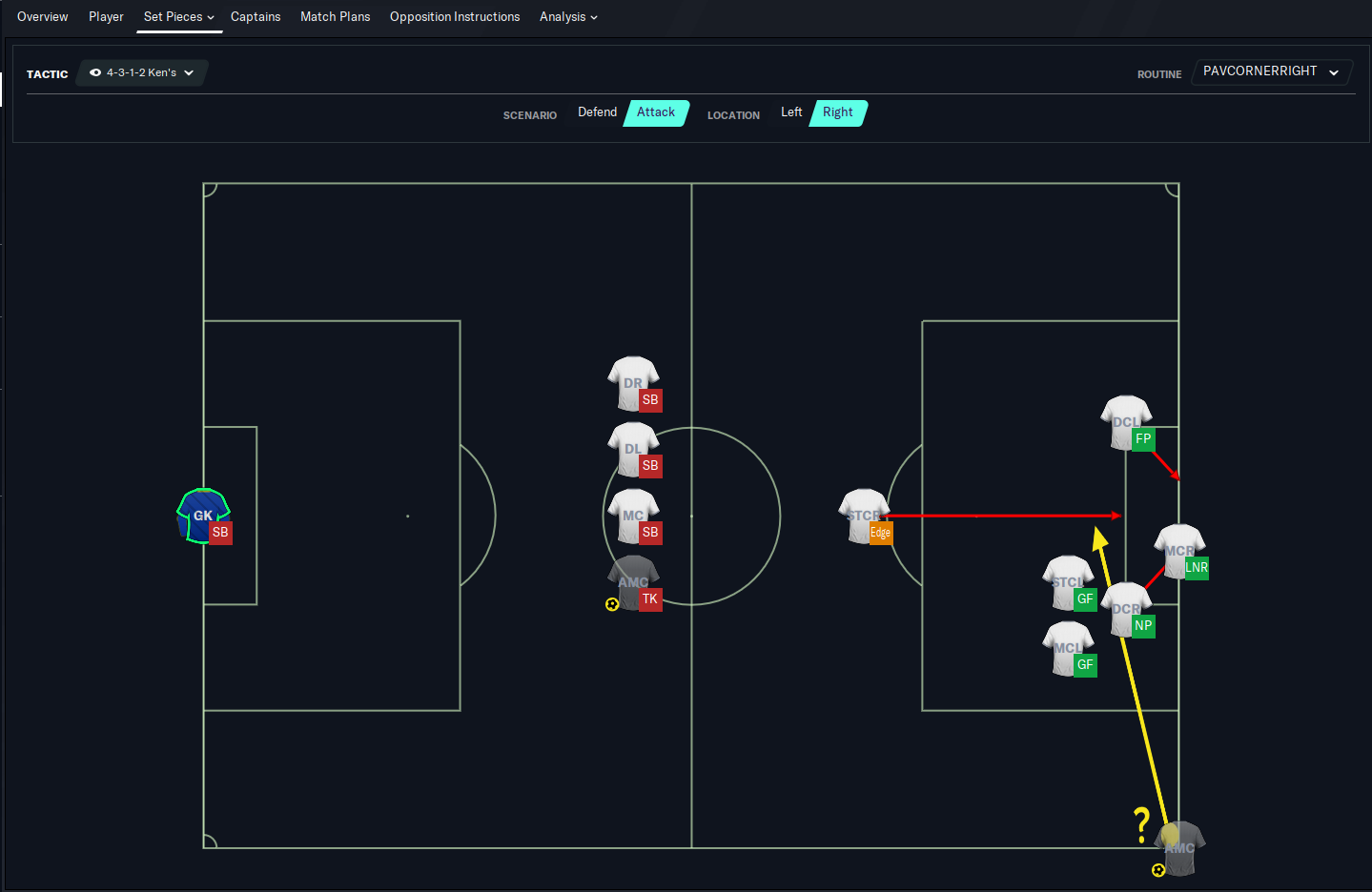 Im not writing down my free kick routine bcause i havent changed anything on it.

I hope you guys enjoy the tactic and im curious out it will perform on the frum the tactics testing.

And forgive me for my writing mistakes.