Used on my stream to great effect, producing back-to-back league titles while advancing to the knockouts in Europa League with a BATE side that finished 5th IRL this year. 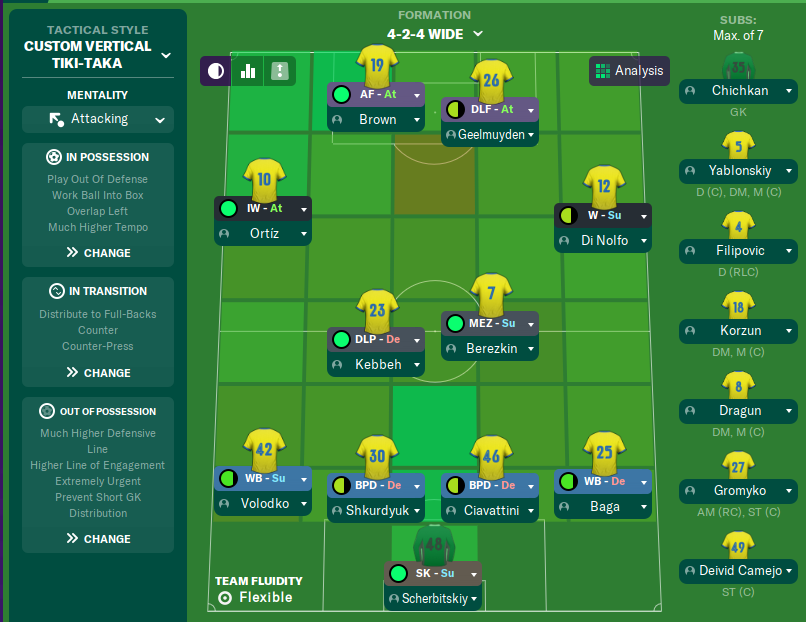 I play it with primary playmakers on the wings and active midfielders willing to run. If you can put that together, on a technically proficient team, expect results.

-Switch wing-backs to attack (left) and support (right) with right-wing onto attack for the more offensive version
-One of the midfielders not on defend can leave the backline exposed, if you're receiving no pressure, it's an ok obviously