As here, in FM-Base there are no threads for leagues besides BBVA, and BPL ( Seperate discussion thread for most of the games ), I decided to do one thread, where all other league's most important games this week are discussed. A thread will appear every week. If there's anything incorrect, or you find this thread pointless, mods let me know. So let's get started with this week.

Games that have already been played : 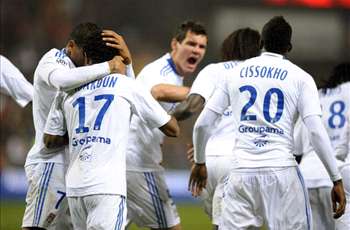 ​
Team news Marseille
While Didier Deschamps will be handing Rod Fanni his Marseille debut this weekend, he will be concerned with absences in the remainder of his squad. Stephane Mbia is suspended following his red card against Auxerre, while Souleymane Diawara also begins his suspension. Brandao (ankle) is doubtful, and Cesar Azpilicueta, Edouard Cissé (thigh) and Hilton are sidelined through injury until January.
Lyon
It will be a severely depleted Lyon squad that travels to the Stade Vélodrome on Sunday. Claude Puel faces a lengthy injury list including key players Yoann Gourcuff (ankle) and Jérémy Toulalan (thigh), but a more pressing concern will be the heart of defence, where les Gones will be without both Cris (adductor) and Pape Diakhaté (thigh). Right-back Anthony Réveillère is also doubtful following a calf-strain picked up against Toulouse. Cesar Delgado, Ederson and Clément Grenier are also unavailable.