I hate FM and this is mutual

New public beta in steam to access:
- Open Steam
- Go to 'Football Manager 2020' within your Steam Library
- Right-Click on the game and select 'Properties'
- Select the 'Beta' tab
- Via the 'Select the beta you would like to opt into' dropdown, select 'public beta'
- Click 'Close'

Various Match Engine (version 2031) tweaks including (but not limited to):

It seems a lot more consistent! Promising start at the least.

Seen this on the steam discussions to.


Masked said:
So far after 3 games played (watched on comprehensive) and also seen 3 rounds worth of goals, II have seen the following.

(no particular order of positives or negatives, just a random spiel of things I am noting down as I play)

- There are far less long balls and defence splitting passes. Defenders and midfielders are now looking for the shorter pass first. They still happen, but I am seeing LESS incidences of this.

- Defenders seem to react better and actually getting their tackles in more often. There still are moments where defenders seem to not react quick enough. This might need to be improved further.

- Keepers seem to be dropping the ball more often than before.

- Goals are a lot more varied it seems than before.

- I see more aerial goals not only from my own games but the highlights I have watched.

- Seems to be more heading in general, especially in and around the penalty area - mostly defensive.

- Have not seen a single missed penalty so far in 4 rounds across the Bundesliga.

- Defenders seem to be making a lot of errors by passing across goal from the wings, resulting in turn overs in dangerous areas.

- Defenders seem to be more urgent in their closing down of attackers.

- I have seen more goals scored with venom around the penalty spot such as volleys, loose balls and such. Prior to the patch my players would try to dribble close to the keeper and tap it softly.

- Players are passing more often to people clear in the box.

- A lot more crosses are getting into the area

- Shot on target ratio has increased from 52% to 89% over the course of the 3 matches I have played. My players actually shoot on target more often.

- (MAJOR ISSUE) I noticed there seems to be a little too many pass backs to the keeper that result in goals. I noticed 4 of such goals in 3 rounds in the Bundesliga. I feel this might need tweaking. It has happened twice in 4 games now for my own matches. 1 resulted in a goal, the other my keeper saved. This needs to be fixed ASAP.

- My explosive wingers are still powerful, but not overpowered as before. I am seeing these types of players seek a pass more often. Prior to the BETA patch, these players would run box to box constantly and not even pass the ball.

- Gegenpress now seems to be A LOT more overpowered. Not sure if it's just by chance but the get stuck in + gegenpress + counter seems to be resulting in lots of chances but also solid defensively. Nearly all my players have had ratings between 7-8 in every game so far, scoring a bucket load of goals. The only positive is that the goals look realistic and they come in a realistic manner. It is nice to finally see my players actually going in for tackles quite hard, winning the ball and countering at speed. Especially as stated, the resulting goals aren't from long balls and one on ones, but fast team play, short and quick interchanges. I like it, but I worry it might be overpowered in it's current form. I still would prefer this over the pre-beta patch however.

I know it's a small amount of games I have seen, but it IS an improvement.

I will give further updates after maybe 15-20 games time. I will also watch every goal from every round as well.

At the moment it seems a step in the right direction, and might need further tweaks but I will have to watch more games.
Click to expand...

Think that is a little too early to tell but in the few games I've played I've noticed a few goals resulting from freekicks. Could also be my routines but I'll check other match highlights to at some point.
R

Reverify the files sounds like a few files got missed. You'd also have to show us an error at least.
V

Danwolf said:
Reverify the files sounds like a few files got missed. You'd also have to show us an error at least.
Click to expand...

It's working now. thanks.

Have this error after updating to beta
Reactions: vujevic

Have this error after updating to beta
Click to expand...

Might want to post in the technical help section and potentially SI forums.
Try the obvious things such as restarting your machine / turning off AV. Can also try clicking that link. Annoyingly my PC has decided to start dying to so got my own technical issues.
K

A few questions regarding the patches:

Don't expect anything before march, as usual

In my first 10/games in new ME I have noticed a lot of changes during the game!I must say I am very pleased for now,no stupid long balls,defenders deals much better in tackiling,wingbacks much offten cross the ball,striker scoring much more 1on1,not so many CCC..look like more realistic,penality kicks scored...much many passes in penality area...strikers doing assists not just selfish shooting on goal...better defending and a lot more...so I must say after 10 games watched in comprehensive higlights I am realy happy...Guys keep up a good job,thank you very much for this update much more realistic and enjoyable!
L

It's only for full game i guess, not PC Touch?
T 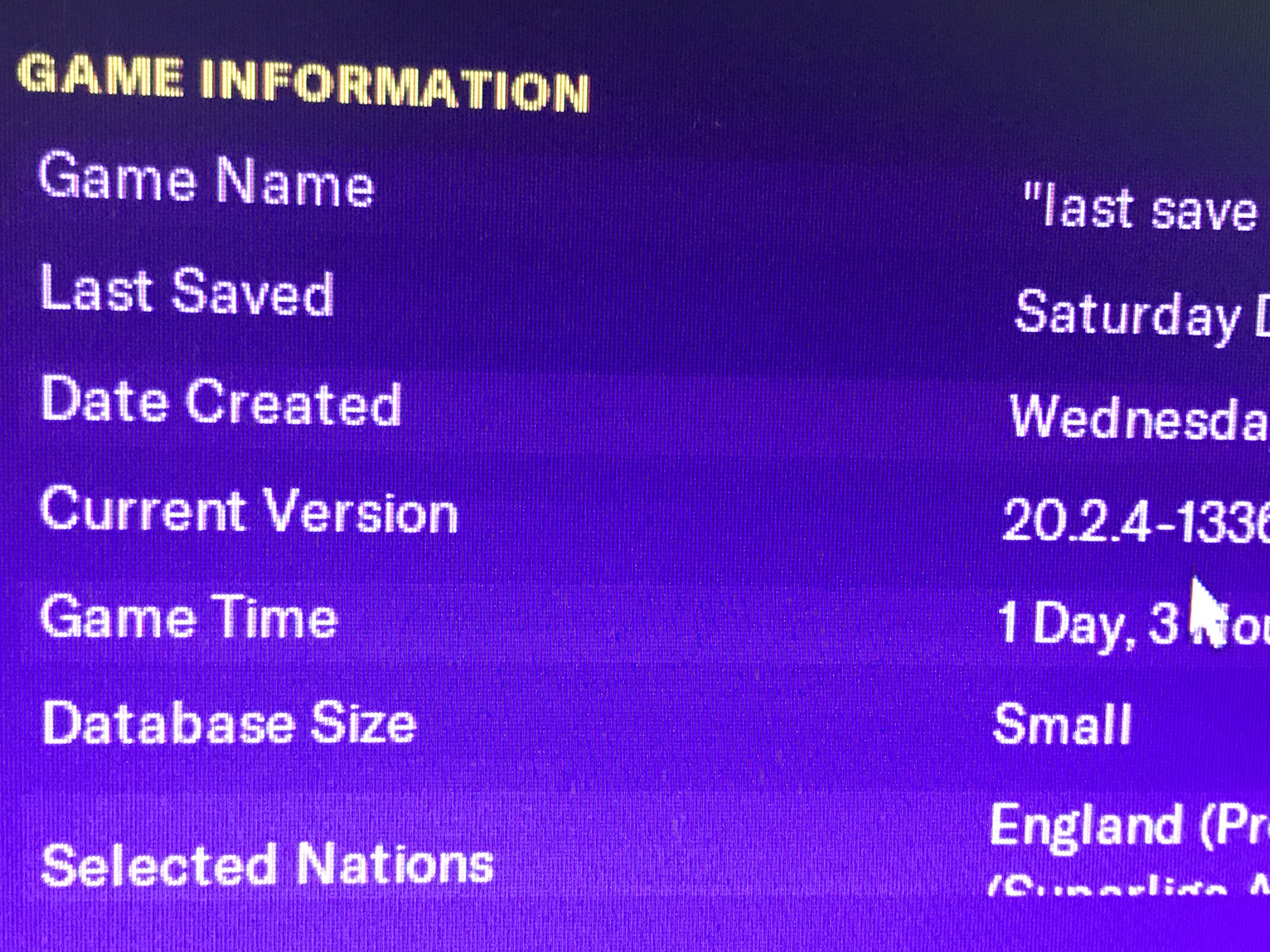 One thing I've noticed with this patch is quick pick seems a lot more reliable and it orders the subs properly by position!
V

Syklisten said:
It's only for full game i guess, not PC Touch?
Click to expand...

Danwolf said:
One thing I've noticed with this patch is quick pick seems a lot more reliable and it orders the subs properly by position!
Click to expand...