I've been enjoying FM13 for a while and now decided to make a story, and I've chosen the mighty Minstermen.

​
Who are York City?
York City FC were founded in 1908 as an amatuer team, tey became professional in 1912, however they folded before the First Wld Wr and reformed in 1922. York City now play in the nPower League 2, after winning the Conference Play-off.

Why did I chose them?
Well, I wanted to start in League 2 and decided York ha a good-ish squad and decent budget. It was a straight shoot-out between thm and Accrington and I chose York. Nothing brilliant, but moving to a new stadium in 2015 Good amount for consolidation
​
Hoping this is succesful, not very good at FM as quite new to the game.

I also saw the age of some players and let them go. Chris Doig was a level below League 2 uortuntely, left for £6,000

View attachment 334254
Paul was too old by far, I offered him a job as just GK Coach, didn't accept it

View attachment 334255
Getting on a bit and like Doig, not good enough

York City 1-2 Arsenal
Chambers
Almost a friendly upset, however Oxlade-Chamberlain and Podolski grabbed the goals that won the game 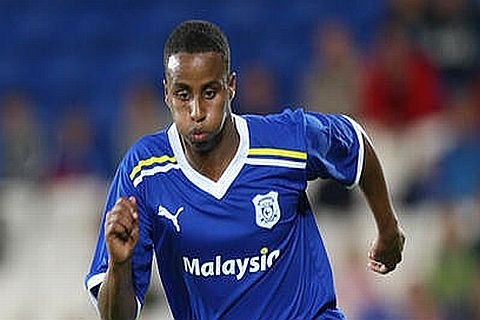 Another promising youngster in Mddleton

We were drawn against Doncaster in the League Cup, bye-bye cup run
Our board also pushed the academy up a notch View attachment 334428
AUGUST
Not a very good start to the season or my career. We crashed out of the League Cup against Doncaster and then lost our first two games of the season

View attachment 334429
League Cup 1st Round
Doncaster Rovers 3-1 York City
(After Extra Time)
McDaid
Unlucky as they are a league above us and only just relegated from the Championship, our first competitive game with 4-1-2-1-2 and it wasn't a failure really. A good performance. However two quick goals in extra time won it for Donny.

View attachment 334438
York City 0-3 Morecambe
We started our season with a three-nil thrashing at home, I released Ingham after this game, he was so poor it was unbelievable.
Scorers-Redshaw 2, Holroyd

View attachment 334439
York City 1-1 Cheltenham
Chambers
FINALLY, this point gave me a bit of confidence a first goal and a first point brings us into 22nd and out of the relegation zone. We fell behind to a Kemar Roofe strike just before te brak, however the brilliant Ashley Chambrs clawed an equaliser with only mnutes to go.
Scorers-Roofe

More recruitments?
I signed 6 players between the Daggers game and now. As seen with the point against Cheltnham they've improved the squad.
​
View attachment 334441
EDDIE NOLAN
I signed 24-year-old right back Nolan as the area was very weak, and he then got injured.

View attachment 334442
MARK BRADLEY
Signed from Rotherham for £7,000 to provide cover in midfield and defence.

View attachment 334443
JON STEWART
This young keeper was transfer listed by Burnley and I jumped at the chance to sign him for £16,000

View attachment 334444
CHRIS ATKINSON
My midfield was lacking creativity, so I brought in some quality with Chris Atkinson on loan from fellow Yorkshiremen Huddersfield.

SAM COLLINS
The defence was too loose by far, so I broguht in 35-year-old Sam Collins from Hartlepool for £14,000
C

SEPTEMBER
A better month for us at York as we go from 22nd to 8th in 6 games. An unbeaten month has propelled us up the table and has propelled my confidence.

View attachment 334782
York City 2-1 Plymouth Argyle
Bradley, Collins
A good performance that has kick-started our season after a poor opening month. New signng Sam Collis put us ahead with a towering header before Mark Bradley scored a volley to cap off good move. A goal from Bhasera made it a nerve-racking last ten miutes.
Attendance-3,148
MotM-Sam Collins
Argyle scorer(s)-Bhasera

View attachment 334787
Port Vale 0-2 York City
Farah (2)
We were in control from the offset as we cruised past favourites Vale in comfortable fashion. Goals from Farah either side of half time quelled any Vale threat.
Attendance-4,683
MotM-Ibrahim Farah

View attachment 335025
Bristol Rovers1-1 York City
McDaid
We went to the Memorial Ground where we faced top of the league Rovers. They were favourites by far and we did well to ****** point through a David McDaid penalty.
Attendance-6,102
MotM-Fabian Broghammer (Rovers)