AFC Telford - Rise from the ashes.

Some people may have read before I had a manager mode with the team I support AFC Telford United where I had taken them to the Blue Square Premier, as I wanted to continue with that I couldn't as it popped up saying 'The save game could not be loaded' so I was buggered.

Then I thought lets do it again but try and do better then I did before maybe try and get some silverware. 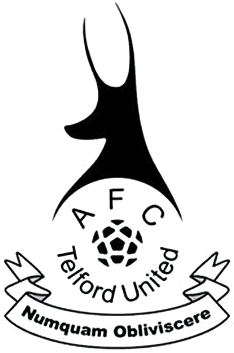 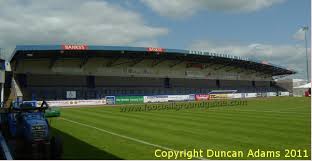 AFC Telford are a Semi-Pro club. We were previously known as 'Telford United' which we were in the Conference Premier but they're was financial issues and the club was liquidated, just 24hours after this had happened the club the supporters came up with 'AFC Telford United and began life in Northern Premier League division one. Our first season as a new club we were promoted through the play-offs by beating Kendal Town 2-1. The attendance was 4215 which is still a record in that league.

In the new league above we had finished in a comfortable 10th position. The season after that we were again promoted to the Conference North (Blue Square North) by beating Witton Albion 3-1 in the Play off Final.

In our first season in the Blue Square North we had finished second but lost in the play off semi final to Barrow who were that season promoted through the play offs. Our second season in the Blue Square North we again finished in the play offs but lost in the final on a Friday Night on a long journey up to Gateshead, that season we had got to he FA Trophy Semi-Final losing to York City and got to the FA Cup 1st round and took Southend to a replay after drawing 2-2 also we won the Setanta Shield after beating Forest Green Rovers away on penalties who were a league above.

The season after that was disappointing and finished mid table leading to Rob Smith being sacked. A new season was here and a new man was appointed, former England international Andy Sinton, in his first season in charge he lead Telford to promotion by beating Guiseley in the Play Off Final 3-2 after a Phil Trainer 90th minute winner. Our first season in the Blue Square Premier the aim was to survive relegation... and we did! finishing 20th. The season after the aim was probably to be mid table but unfortunately it was not meant to be, we were relegated after breaking a league record of 30 games yes 30 GAMES without a win and we were relegated that season we had 4 managers. Another season and another manager Liam Waston was appointed and he got rid of the whole squad except for two Veteran goalkeeper Ryan Young and young central defender Dan Preston. He had recruited 17 new players. It was the first game of the season Saturday and we won 2-1.

So thats our real story.

Now I am starting with Telford and I am trying to get us back to the blue square premier then hopefully League Two.

I will try and update it as much as I can.

I will be updating very soon as I am just loading it all up and getting it started. I will also try and do as many screen shots as possible. I am hoping to keep most of the squad because I like it very much but will be trying to strengthen, I am for sure going to bring in a new assistant I am going to try and break records and go into Telford's hall of fame and be one of their icons all that kind of stuff.
J

The first screenshot looks at my pre season friendly results and also my first two LEAGUE FIXTURES of the season.

The next one looks at the transfer history so far.

The next one is just showing that I have been appointed manager of AFC Telford United.

More screenshots to come a few comments would be appreciated
J

Forgot to say that I appointed a new assistant in Dominic Morley from Southport, will be signing a striker very soon for back up.
J

NEED A BIG PUSH FOR THE LAST FEW MONTHS.