Accepted a €50m offer from Spurs for Tagliafico. Leaves me with Piere who's played as well as Tagliafico and then only really Martinez & Blind to cover LB. There's not really any prospects up and coming.

I've €60m to spend but not trying to go out and spend €20m on a LB as its not how Ajax normally does business. With that in mind I've found two players and am struggling somewhat with a desicion on who to sign. 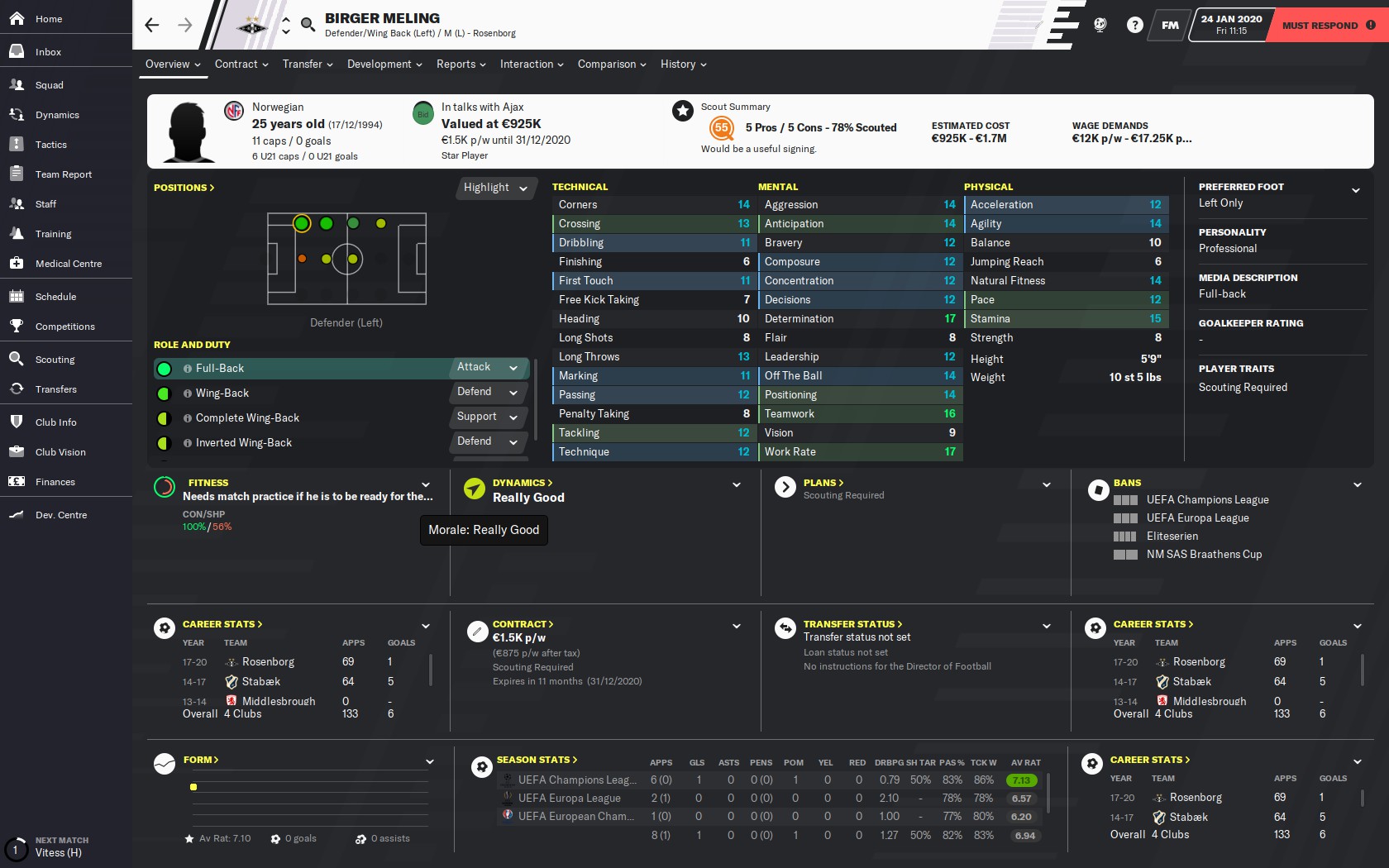 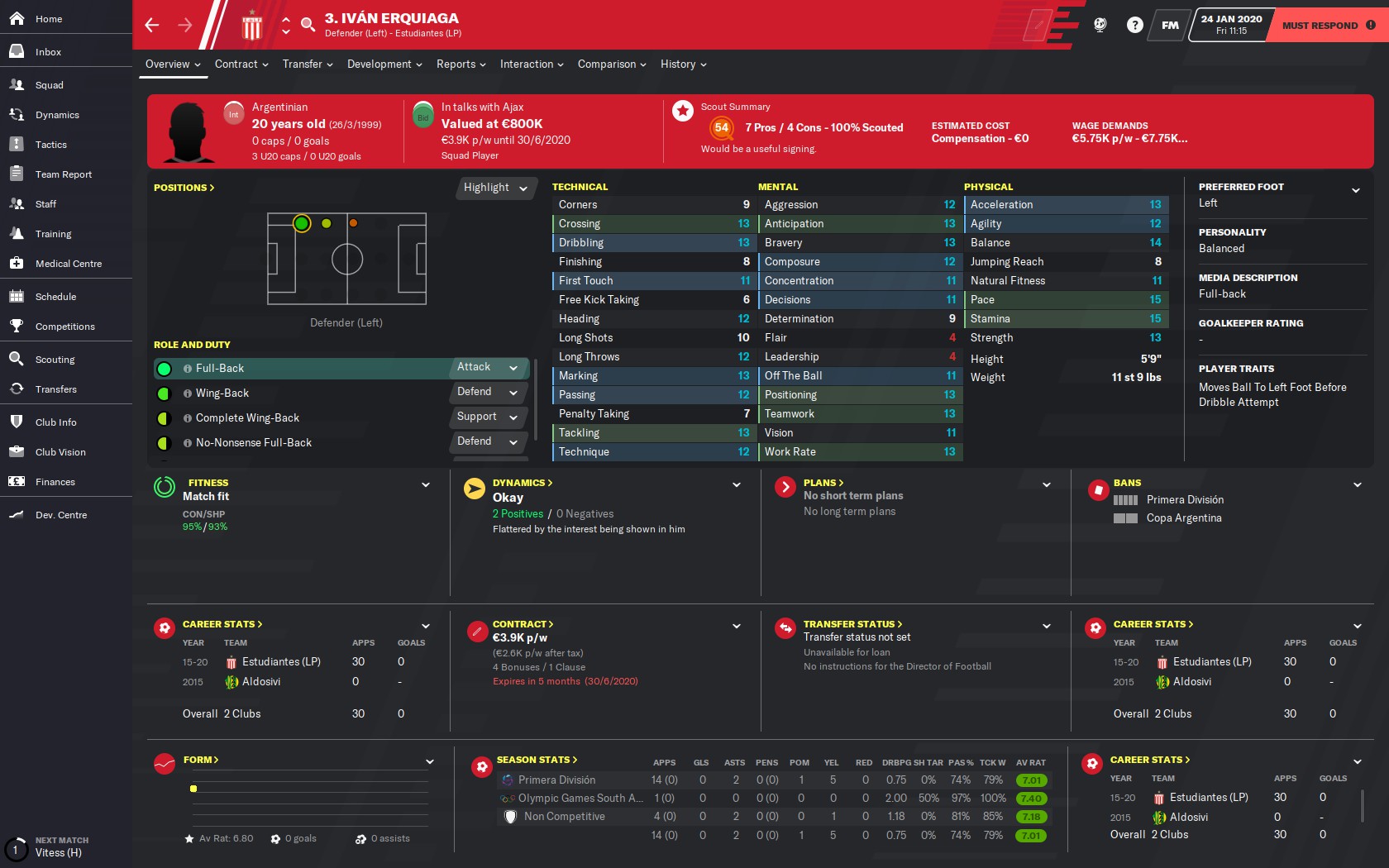 Erquiaga will join on a free at the end of the season on €10k a week.

I'm leaning Erquiaga though Meling has experience some leadership, teamwork, work rate and comes in straight away (given I'm still competing for league, cup & CL)

What do you think?
U

Sign both. At worst you will make a tidy profit on the free.