Andrés Iniesta is one of the greatest players in the world. Since 2009 he’s never been out of the annual FIFA world XI, was man of the match in the 2010 World Cup final and has won everything there is to win. 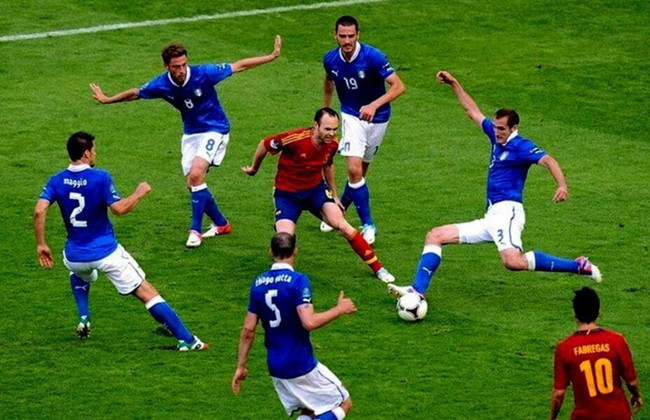 Dotted across Andres Iniesta’s career timeline are tournament wins with Spain, multiple trophies with Barcelona and a stint in Japan with Vissel Kobe, where he currently plays.

But wherever soccer has taken him, all roads lead to one place: Fuentealbilla, a small village in the Spanish region of Castilla-La Mancha. It’s where he first kicked a ball and—even from his Asian base—owns his family wine business, Bodega Iniesta.

He’s widely regarded as a model professional with years of hard work and dedication behind him. This includes largely abstaining from alcohol. That was, at least, until he spent a few million euros on a state of the art winery in near his home village and began to ‘fall hopelessly in love’ with wine.

Although Iniesta is unmistakeably associated with Barcelona (signed age 12, he’s played over 300 times for the Catalan giants) he’s actually from Fuentealbilla, in the province of Albacete, South-West Spain. It’s a region which has been producing wine longer way before Barcelona had a half-decent football team. Andrés’s Dad, José Antonio, bought a small 10 hectare vineyard (about 7 football pitches worth) in the 90s and set about cultivating the land. But thanks to Iniesta’s reported €8 million a year salary, the family have managed to buy a further 100 hectares, and whack a state of the art winery on the site to process native grape varieties such as Bobal, Macabeo and Graciano, together with Chardonnay, Petit Verdot and Sauvignon Blanc. They’ve taken inspiration from the back of their favourite son’s shirts and called the place Bodega Iniesta (the Iniesta Winery). 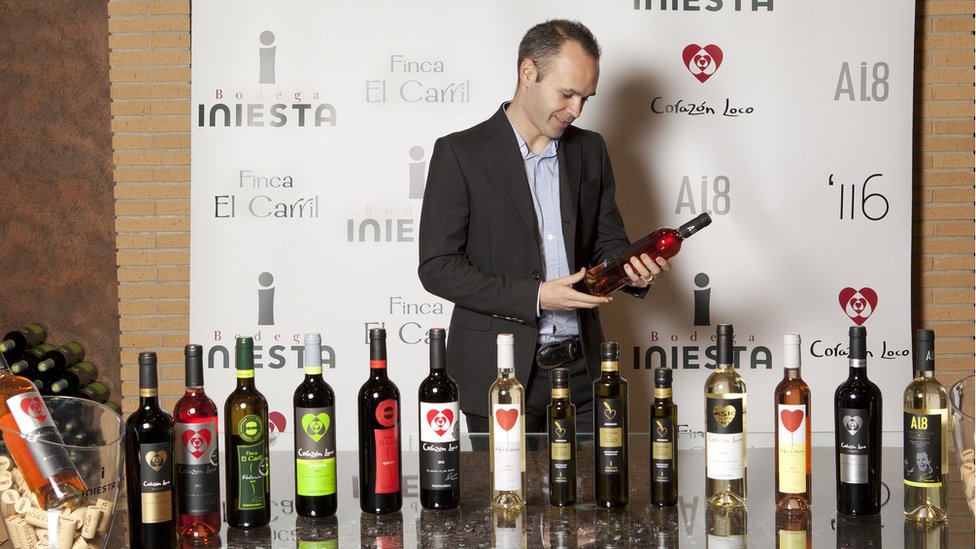 Iniesta said “This is not some celebrity pet project. In addition to the fact that my family has always dreamed of owning a bodega, football has given me so much that this is a way of giving a little something back to the place I was born. It’s a long-term project, which will continue long after I retire”.

Bodega Iniesta currently sells two wine ranges of Iniesta Wine. ‘Finca El Carril’ for refined, subtle palettes (think Barcelona under Guardiola) including a red, a white, and a white fermented in oak called ‘Valeria’ named after Iniesta’s daughter. The ‘Corazón Loco’ (Crazy Heart) range, has more powerful flavours (think chelsea under Mourinho) and is designed for less formal drinking. Currently the range is made up of a red, a white and a rosé. 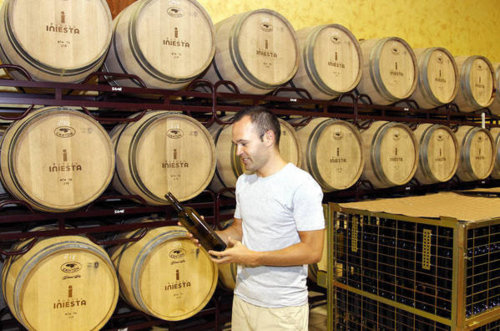 There are no photos of the Barça player or football references on the bodega’s bottles. A Bodega Iniesta statement explains this is “because we don’t want his fame to be the reason why our wines sell. We want success to come from our wine’s intrinsic quality. And the same goes for pricing; you don’t to pay for the name, you pay for the wine”.

“Andres recorded a video of the games that took us to victory, telling us his experience of playing every match. The project promoted our Minuto 116 wine to honor the minute Andres scored the final-winning goal. 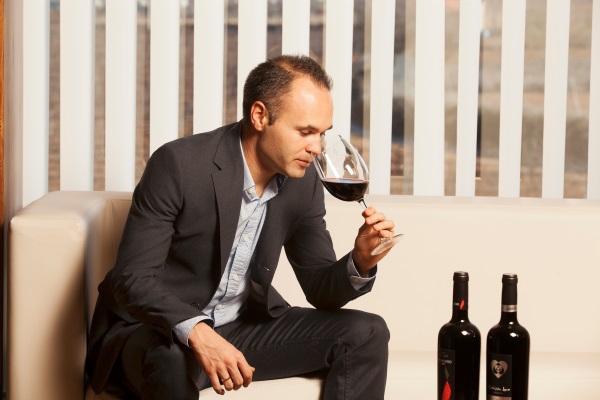