Beware the Pack: Rise of Wolfsburg

The Bundesliga. Home to some of the toughest, most athletic, and most skilled teams in Europe. But the Tyrant who ruled this portion of the football world is known as Bayern. And they rule with an Iron Fist. Who would dare to topple the Giant?


An upstart group, led by a revolutionary thinker. One who dared to challenge the reigning King of Europe. Wolfsburg. The Pack had a new Alpha. His name was Boss Smoke, and as he started his leadership of his team he dared to declare WAR!

On the opening day presser, Boss Smoke announced. "My ambition is no less than to create the most Dominant team in the Bundesliga. To accomplish this feat, Giants must fall. And mark my words, they WILL." The verbal salvos created quite the buzz in the sporting world.


When asked by the Paparazzi to respond, Bayern boss Pep Guardiola just shook his head. "Young pups will bark," he replied simply but refused to give further comment, perhaps not wanting to dignify the remarks of the new upstart manager.


==========
Welcome to my attempt to create a New World Order. A world where Bayern is finally unseated from its throne. My instrument of wrath shall be the Wolf Pack, Wolfsburg!

Boss Smoke's first move upon being instated as the New Boss was to mutually terminate all his then current staff. He replaced them with the following elite coaches and staff members:


After gathering his new hirings together in the board room, Boss Smoke announced, "We are here to create a new tradition of Excellence, gentlemen. We seek to become the best, and will accept nothing less!"


Having set the goals for the team as Title Challengers, Wolfsburg's Manager made the following acquistions during the first transfer window.


Good as his word, the new Wolfsburg Boss splashed the cash to add a trio of potentially world class defenders to the roster. 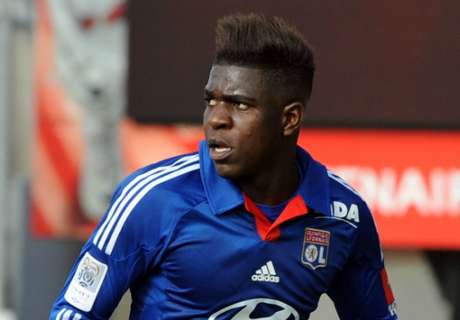 "Just like wolves, our attack will have teeth," promised the Boss as he injected some promising offensive talent into his squad. 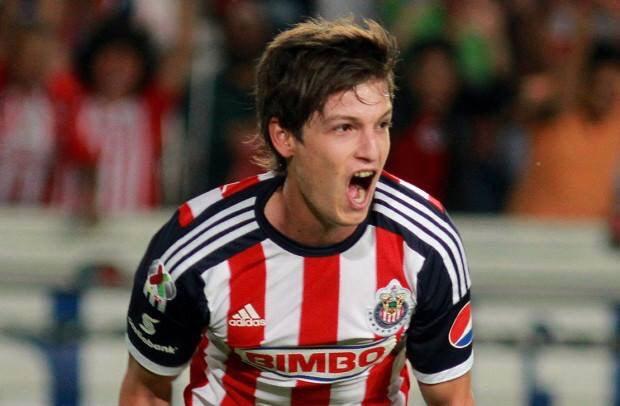 And last but not least, he lured Right Winger Mitchell Weiser 625k away from Bayern

"Get ready men, we're about to make history," declared Boss Smoke with confidence to his new side.

Month One: The Sharpening of Claws and Teeth

"Friendlies? Does anybody even pay attention to those?" The new Wolfsburg Boss appeared unconcerned that his side had lost 6 friendlies in the opening month and a half. "Get back to me when the real games start."

Wolfsburg made its first 'real game count' by defeating Jena 3-0 in the first round of the German Cup. New arrivals Carlos Fierro and Memphis Depay each scored in their debut match. And DC Robin Knoche added an insurance goal in the 88th minute.


"The outcome was never in doubt," replied Boss Smoke to the media throng.


Wolfburg's debut match in the German First Division was not as auspicious. Timo Werner scored first for Stuttgart. Followed by a controversial penalty which Vedad Ibiesivich put away convincingly. Memphis Depay pulled one back in the 80th minute. But the Pack would not come away with any points from this matchup.


"A disappointing match. We need to review our strategy for away games," said Boss Smoke after the game.


Wolfsburg returned home for a match against Bremen and the 12th man appeared to help push their team to a convincing 3-0 victory. Carlos Fierro scored the gamewinning goal only 4 minutes into the match. Junior Malanda and Josuha Guilavogui added to the tally.


"We got ourselves a clean sheet," declared Boss Smoke. "This is how we want to win games."


Another home game against BMG, yielded another victory for the Wolf Pack. Memphis Depay netted a brace, Kevin De Bruyne added a tally, and Alvaro Dominguez hurt his team's cause with an own goal.


"We looked assured on the pitch, however I would have liked to see more effort on the backend." The Wolfsburg Boss did not appear pleased with his side's defensive effort in an otherwise solid 4-2 winning effort.


The German side took the pitch for the first time in the Euro Cup Group stage against Ukrainian club Dynamo Kyiv. They lost the away match 1-2 as only Kevin De Bruyne managed to score.


Boss Smoke rubbed his eyes. "We have a young squad. It's not an excuse but it's a fact. We need to learn to play together on the road better. This will come with time."


Wolfsburg took to the road again in the Bundesliga first division, and this time emerged victorious over Augsburg. Memphis Depay scored first. Caiuby equalized. And Maxmillian Arnold netted the gamewinner in the 65th minute.


"Winning the away games, is what separates the good teams from the great ones."


Wolfsburg returned to Volkswagon Arena to take on Paderborn. Mitchell Weiser's goal in the 34th minute was the only tally of the whole match.


"I'll take as many 1-0 wins as we can get. What matters is the result," said Boss Smoke at the end of the tightly contested affair.


An away game against Koln yielded a relative goalfest in a 3-3 draw. Wolfsburg supporters might have thought Carlos Fierro's strike in the 80th minute was the gamewinner but Koln pulled back with a Dusan Savento goal in the 83rd minute.


"We need to get better in late game situations," said the Wolfsburg Boss who surely must have wanted the full 3 points but had to settle for 1.

"Our defense must continue to gel. We are top 4 at the end of the month, but we are not satisfied with that. We can continue to improve." When asked about the impact new starlet Memphis Depay had on the club he replied, "Memphis has been everything our scouts told me he would be and more. I will be expecting more quality performances from him as the season progresses."
V


"Carlos Fierro was simply dominant today. Now he needs to show that it wasn't just a flash in the pan," commented Boss Smoke after his star striker baggged 2 goals to power Wolfsburg to a 3-0 win over Elfsborg in the Euro Cup Group L match.


A home match against table leaders Dortmund resulted in a tense 2-2 draw as Memphis Depay netted first with an electrifying goal off a run up the left side. Adrian Ramos netted a brace however and it would take a Josuha Guilavogui long range goal in the 54th minute to knot up the game.


"We were without Balanta and Umtiti for this match so it could have been worse. Still, a win would have been far more satisfying." The Wolfsburg Boss surely must have wondered if having his primary defenders healthy would have made the difference.


Malanda, Arnold and Depay all netted as Wolfsburg visited Frankfurt. Unfortunately this road trip resulted in a 3-3 draw.
"We will be running windsprints. Lots of windsprints. There is no excuse to give up a 2 goal lead, even if its on the road." The Wolfsburg Boss looked visibly displeased at his team's late defensive collapse.


Pavel Savitskiy showed that quality doesn't have to be expensive, as the new 100k signing from Neman Gredo won Man of the Match honors after scoring a goal and setting up two more in Wolfburg's 3-0 Euro Cup Group stage victory over Bursaspor.
"Pavel showed incredible quality today. He has been given the opportunity to shine and he has taken every advantage when given the chance."


The Wolves returned to First Division action in a home game against Mainz. Memphis Depay was sensational, bagging both of his clubs 2 goals. Balanta put his club under pressure after being dismissed from the game with two yellow cards but they held on for the win after a 55th minute goal by Shinji Okazaki put the outcome in doubt.
"Memphis Depay has become a player we can rely upon. I've already spoken sternly with Balanta about this matter. His lack of discipline could well have cost us the match."


Eder Alvarez Balanta notched his first ever goal for Wolfsburg as his team routed Greuther Furth in German Cup second round action.
The Wolves dominated possession, holding the ball 65% of the time and outshooting their opponents 37-3 in a 3-0 win.
"Balanta redeemed himself. Hopefully this will lead to a run of good form from him because he has the potential to become an important player for our club."


The end of this month sees Wolfsburg climb to 3rd in the standings by a narrow margin over Bayern. It also sees a surprising new table leader in Stuttgart. And the rise of Memphis Depay to top goal scorer in the Bundesliga First Division.

"I'm not surprised we've made it to the 3rd position. We all believed as a side that we could get this far. And even more importantly we believe our best is yet to come."
R

What is your tactic that you are playing with? Great so far, keep it up.
J

Great so far, keep it up.