Disagreement over Transfer funds said to be the Reason; Klopp headed to Italy?

Borussia Dortmund have, in a brief statement today, announced the sacking of Jurgen Klopp as the manager of Borussia Dortmund. Klopp has apparently disagreed over the funds allocated for transfers this season by the Dortmund board. Another reason is that Klopp might well be following up on his move to Citta Di Palermo, in Italy after current manager, Delio Rossi is said to be close to quitting his job.

Two days after the sacking of Jurgen Klopp, Borussia Dortmund have announced that Mehmet Alcatraz, a Turkish-born, former German international, will be given the task of handling the club and leading it to fulfil the board's expectations.Alcatraz's club career saw him turn out for Greuer Furth, Kaiserslautern, Werder Bremen, Borussia Dortmund and finally Bayer Leverkusen, where he hung up his boots.

Alcatraz, though born in Istanbul, opted to play for West Germany and the central defender went on to make eighty two appearances for his country and later on for a unified Germany, before hanging up his boots in 1995. Alcatraz also scored 14 goals for West Germany.


Mehmet Alcatraz said:
I am delighted to have got this job. I loved the club when I played for it and I'm sure I'm going to love it again when I manage it. I think Borussia are a good team and they can achieve a lot in Europe and Germany than they currently are.
Click to expand...

Speculation is mounting that Eden Hazard,the Belgian international who plays for LOSC Lille Metropole could well be heading towards the Westfalenstadion (now known by it's commerical name, Signal Iduna Park) to join one of his idols, manager and former player Mehmet Alcatraz.

Those players who could also be joining him on the move to Germany are Sparta Praha's Vaclav Kadlec, Fiorentina's Khouma Babacar and West Brom's Gonzalo Jara.


Mehmet Alcatraz said:
Hazard is a cracking player. He's got the talent to be right there with players like Gerrard, Xavi and Iniesta. And he would be a great signing for us should he decide to come. Babacar too is promising and so is Kadlec.
Click to expand...

Borussia Dortmund have today announced that they would be playing a total of twelve friendlies, eleven of which would be played at the Westfalenstadion. The games will start on the fifteenth of June against FC Porto and end with Sevilla on the thirtieth of July. The only away game will be against West Ham United on the 22nd of July at Upton Park.

German international Andreas Beck was offered to Schalke, Bayern Munich, Dortmund and other German clubs by Hoffenheim with a bid of around 4.5 million required for the transfer to be agreed. It is not known whether the clubs have made any offers for him.

Beck is a current German international with three caps to his name.


Mehmet Alcatraz said:
Beck is a great player but I think it is unlikely we will make a bid for him due to some financial issues at the moment.
Click to expand... 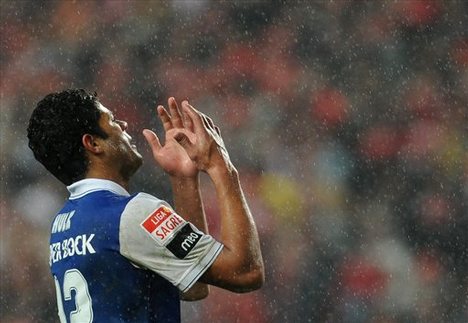 FC Porto won a five goal thriller against Borussia Dortmund at the Signal Iduna Park. Dortmund took the lead in the 25th minute when Kevin Grosskreutz scored from the spot after Falcao was deemed to have purposely handled the ball in the area from a Sahin freekick. However, a spell of Porto dominance from the 32nd till the 43rd minutes saw them score two goals thanks to James Rodrigues. The Colombian forward pulled off a 25-yard screamer in the 38th minute before coolly slotting home a Fernando Belluschi cross in the 40th to give Porto a 2-1 lead at halftime.

After a spree of halftime substitutions from Dortmund, Polish attacking midfielder Jakub Blaszczykowski scored from the egde of the area with a swerving shot in the 68th minute. However, Porto's Vitor Sousa put the game beyond the Germans in the 84th minute when he headed in a Joao Moutinho corner.


Mehmet Alcatraz said:
We played solidly even though we lost. To play a much superior opponent and then to play almost equally as them is very good. I thought players like Sahin and Jakub looked solid today. Shinji also did well. Of course to concede a late goal is disappointing but we are happy with our performance. I think our fans can look forward to an even more improved football from us against Salzburg a few days from now.
Click to expand... 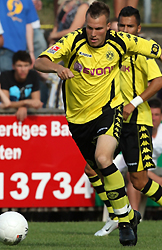 Borussia Dortmund today overcame FC RB Salzburg in a surprising result at the Signal Iduna Park. The Austrian team dominated the match from kickoff leaving Dortmund to rely on counter attacks and heavy defending action. But Dortmund conducted their counters very beautifully with the midfield led by Sebastian Kehl and Nuri Sahin destroying the Austrians with their precise passing play. Mario Gotze and Kevin Grosskreutz found themselves increasingly involved in the game towards the end of the first half and throughout the second half as the Salzburg defence concentrated on marking Dortmund forwards than their wingers. This mistake led to Kevin Grosskreutz seizing on a throughball from Nuri Sahin and then scoring from a shot that went in off the post. Grosskreutz also scored the second goal when a mistake from Milan Dudic allowed the ball to fall at Gotze's feet who set up Grosskeutz in the area for the German to score a lovely lob over the keeper.​

Mehmet Alcatraz said:
I thought we were good there today in defence. Attack needed a little bit of improvement but the midfield played a very good game. Though we had less chances, we took them well. And Roman Weidenfeller had an amazing game as did Nuri and Kevin, of all the players on the field
Click to expand...


The five players are:​ 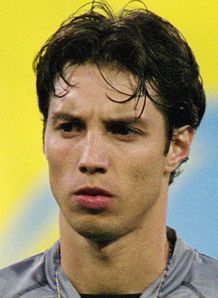 
Dortmund have also reportedly made an offer for Takayuki Suzuki, the Japanese defensive midfielder, whose Portland contract expires in about six months and Rivaldo, the experienced Brazilian forward, now without a contract​


HAVRE AC LOSE OUT TO DORTMUND DESPITE DOMINATING​

French side Havre AC lost out a match they dominated against a Dortmund side. Like their previous game against Salzburg, Dortmund had to rely on counterattacks and defending. This time though, they looked much more dangerous than they did in the last match. Havre drew first blood in the match when Kilian Loustaunau scored a simple tap in after a goalmouth fumble between Neven Subotic and Roman Weidenfeller from a Gabriel Fofana corner. However, Nuri Sahin again proved his worth to the team when his cross found Robert Lewandowski unmarked and the Polish striker made no mistake slotting home a shot past the helpless Boucher.​


Dortmund's winner came in the 67th minute when Marco Stiepermann, a second half substitute for Marvin Ducksch, volleyed home a Nuri Sahin freekick. ​

Mehmet Alcatraz said:
I have nothing to say except that we could have done better. It wasn't bad performance but it was not admirable either.
Click to expand...


HAZARD MOVE FALLS THROUGH DUE TO LACK OF FUNDS; RIVALDO SIGNS FOR WEST HAM​

Borussia Dortmund did not have luck on their side this week in the transfer market. First, Eden Hazard, LOSC Lille's promising youngster was almost done signing his papers when news came that Dortmund did not have enough funding to complete his transfer to the German club. This keeps Hazard at Lille at least till the end of the season. ​ 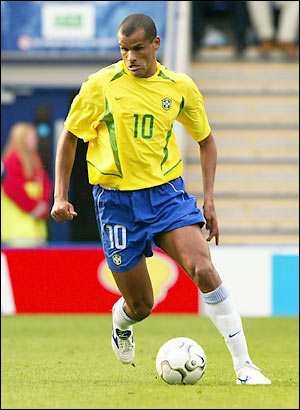 Later in the week, news also arrived that Rivaldo had chosen to play for West Ham United over Dortmund because he felt that the Premier League "offered more competition than the Bundesliga". Dortmund are said to furious over this as Rivaldo had initially agreed to join them over the Hammers.​

Mehmet Alcatraz said:
While we could not avoid Hazard staying at Lille, the Rivaldo issue was a completely putoff and this is not what we expected from him. Maybe West Ham offered him a better deal but he did not need to say that the Bundesliga was less competitive than the Premier League. If anything, the competition in EPL is restricted to the Big Four and now Manchester City and Tottenham. Whereas in the Bundesliga, any team from Bayern and Bremen till Koln is capable of winning the title. And personally, I do not think he would like England or English football very much.
Click to expand...