Excited about this one. Will be following mate!
X

ImAddicted said:
Excited about this one. Will be following mate!
Click to expand...

Thanks mate, need a break from my Carragher save and thought this would be fun to do!
X

Looking forward to it!

xtremeRED said:
Looking forward to it!

Thanks bud, nice to get a good early following!
X

View attachment 237727
I'm delighted to announce Sean O'Driscoll as our new assistant manager. I've already seen some of the headlines and I've seen some fans wondering why O'Driscoll has been brought in, but they don't know the ins and outs of the game like I do. Every move I make over the next few weeks building up to the season will be controversial, I'm under huge pressure. I've heard and seen so many people already say how Benteke will be a flop. I'm already seeing otherwise in training. The Belgian is firing them in.

O'Driscoll has a real eye for the game. While he may not be as experienced as some, he knows exactly how he wants the game to be played and it's a very similar way how I like. He's been in the managerial game for 15 years with lower clubs, but everyone he got playing good football. He changed the whole structure at Doncaster and made average players play football. Like I said before it's not the most luxurious of moves, but he will fit in here.

Looking forward to this
X

The first day back at training came quicker than I thought, we had the whole squad come in and fitness as always is the first thing we address after the break. I was extremely pleased to see many of the lads worked on it too. Jordon Ibe looked like he could run for days, and I was very impressed with Milner.


The lads looked really happy, they all seemed to be having a laugh while training. I thought losing Raheem Sterling to City would hurt the team, but none of them seem to be bothered about it. I know there were many players who didn't like his attitude anyway but I thought because of his talents some players wouldn't be upbeat.


We really did have a decent squad, and we finally have depth in it too. We have 4 strikers in Benteke, Sturridge, Ings and Balotelli, 5 if you include Origi, it looked good. It's been made no secret that I'm not a fan of Balotelli, but if he can prove in pre season he's good enough then I will give him a chance. It was nice to watch Coutinho and Firmino in action, those two really look like they will be the key to our season.


My first task was to name our captain for the season. I'd been thinking about it for a long time and Jordan Henderson and Martin Skrtel were the only two in contention for it. I liked James Milner and believed his experience could warrant the armband, but I don't feel a new player should ever captain a club. It was a really tough decision, but I opted for Jordan Henderson, meaning Martin Skrtel would be named vice captain. 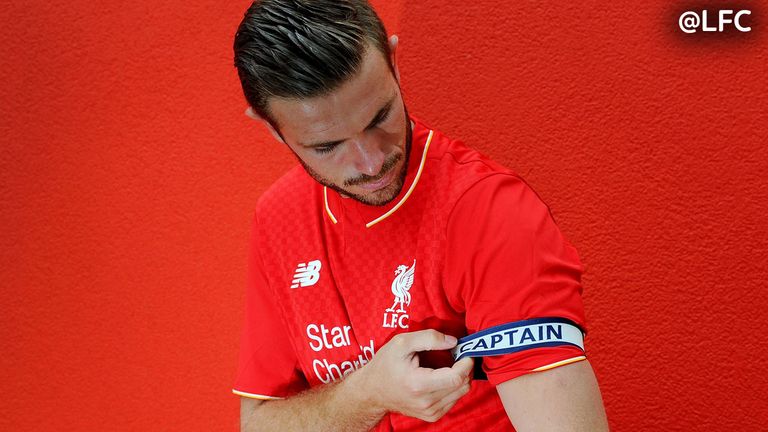 Gavinwwe said:
Looking forward to this
Click to expand...

Should be good! Hope you bring back glory to Liverpool!

Came across your other story a little too late..glad to be in on this one from the start!

MagicWithin said:
Should be good! Hope you bring back glory to Liverpool!
Click to expand...

You shouldn't be hoping for long, hopefully


Disclaimer89 said:
Came across your other story a little too late..glad to be in on this one from the start!

Thanks mate I can't promise this will take off as much as the other story, as I do have plans to continue that. But I'm looking forward to seeing what I can do with Liverpool's new squad!
B

Thanks mate, hopefully it will be!