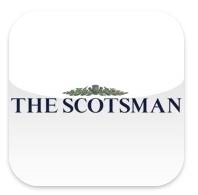 NEW OWNERS SACK GAFFER THEN APPOINT UNKNOWN!!
At 8:30 yesterday morning two businessmen, thought to be Bulgarian walked through the main entrance at Easter Road refusing to steak to the puzzled media.Then at 11:30am a spokesperson for Hibernian FC came out and said that the club had “been sold to two rich Eastern European Businessmen called Tsvetan Dreitov and Dainìl Georgiov.”
As the media was coming to terms with this the new owners came out.Dreitov on the left seemed very excited at the prospect of owning such a great club and said “I am thrilled at this opportunity and hope to win some competitions during our reign as owners.”
As the day went on and the fans began to gather and the eyes were placed directly laid on the club from Leith.
The two men shaking hands after securing the club
Then the biggest surprise of all was when at 2:50pm the spokesperson came out and said “Colin Calderwood has been sacked at immediate affect and the club has appointed a 25 year old manager called Igor Mackinonagrov.”As the shocks echoed to the back the news was being broadcast all over the world
Later that night we interviewed a few fans who mostly said they thought it “wasn’t fair” on Calderwood that he hadn’t been giving time to manage but at the same time they were excited at the prospect of the Eastern Europeans taking charge of the club. 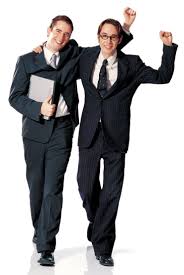 the two men after securing hibs

PLAYERS BEEN ASKED TO LEAVE
The Daily Record can exclusively reveal that the Hibs players are being asked to leave and are trying to be sold.Michael Fairhurst,agent of Liam Miller said that new manager had a meeting with him and Miller and told him that he had offered him to other clubs along with nearly every Scottish and foreign person in the team.
This has only put more eyes on Easter Road as many things seem to be happening.
To keep up with everything go to www.dailyrecord.com/SPL/Hibs


Mackinonagrov signs 12 new players!!
Yes the new manager has went back to his homeland and signed 12 new players.The new manager is making his mark and his current players are all coming out that he is trying to sell all of them.The best signing is probably Kuncho Kunchev, an experienced CM who played for Cherno more.Also 21 year old striker Petro Petrov who is on loan from Montana(Bulgaria).There is also speculation that he is trying to turn the team into a Bulgarian-Scottish team.

HIBS FAN CLUB SET UP IN BULGARIA
With all the recent palaver going on at Hibs they last night revealed that a fan club has set up a fan club in Bulgaria which has grew to 5,000 in just 4 days.The new supporters will fly over to see the 3rd Qualifying Round of the Europa league before following them into Albania to face FK Besa.They will then hopefully watch the first game of the season against Celtic.
Last edited: Feb 24, 2011
A

soz somrthing happened and all the pics went??
P

Nicely done with the Fan Club in Bulgaria too mate
I


A* Manager said:
Nicely done with the Fan Club in Bulgaria too mate
Click to expand...

A fantastic defencive performance by Hibs saw them bring back an unlikely win in the Europa League.The Hibees went out to Croatia with the expectation of getting a draw but with the Bulgarian fan club behind them they rallied through to get a win.

Cibalia were always the most likeliest to score but after some fantastic defending by the Hibs defence and especially there young goalkeeper Tshaven Dimitrov they kept them out.Dimitrov pulled off 5 spectaculer saves,much to the delight off the away support and also some gritty defending by the MF and DF.Hibs were to score off the stroke off HT when Sergio Mesic brought down Z. Dimitrov on the 6-yarder and Angel Stoykov convertyed the penalty in front off the away fans who then precedded to invade the pitch.

That would not be the last time they would invade.Cibalia kept on pressing but the defence stood firm.then on the hour a corner by Stoykov was nodded in at the back post by Ivan Gashev.The players celebrated and taunted to the home fans who then bagan to throw flares at the away players.

Then on 78mins Cibalia finally scored when Misaca slotted home after a poor punch from Dimitrov.Hibs continued to defend and Misaca hit the bar twice in a minute.

UEFA TO INVESTIGATE CROWD TROUBLES WHICH 3 DIED FROM​


Last night after Hibernians 2-1 win over Cibalia.The Away supporters started a riot with the homes fans which ended up with 3 killed and 6 wounded.The causes off the deaths were flares that had been thrown by Cibalia fans which had hit 3 Hibernian fans.The fans were taken to hospital with life-threatining injuries and died 2 hours later.A minutes silence will be held at Hibernians next game against Cibalia.​


Later on that night more riots happened in the city centre and a further 109 were injured.
Hibernian FC later made a statement saying that "No fans involved were from Scotland.They were all from the Bulgarian fan club which was supporting the team on."​