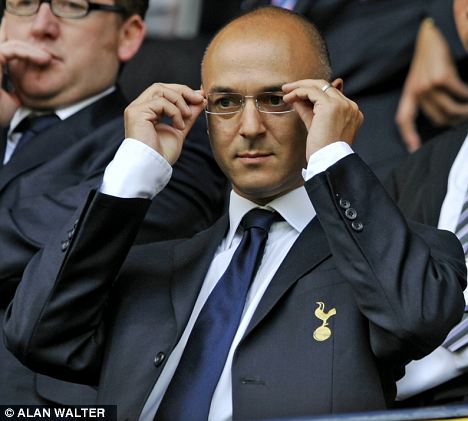 Ollie's Chairmans Game Is Back!!
The Chairman Game Is Back!!​
Hi guys, my chairman game is back again. I hope some of you know what it entails but equally hope their are some fresh faces. this allows you to make decisions as a chairman hiring and firing managers. Signing marquee players for your manager, and setting wage and transfer budgets. really is a good type of sign up game. So if the rules dont fully explain everything for you simply as away.

1.Please only sign up if you intend to stay in at least for a season. Don’t just sign up now and then never look back, these can be fantastic games if everyone gets involved.

2. You may part with as many managers as you see fit, the financial and moral implications are on you.

3. When sacking a manager you must pay a contract settlement, this will be what remains on his contract.

4. When approaching a new manager, you cannot just hire anyone. I will only accept realistic managerial bids.
if your target is without a club, I will check his managerial rep. If it's unrealistic, he will reject you. however any manager on a clubs legends or icons list
will be fair game, for example, Cappello to Blackburn is not unrealistic however Dalglish isnt.

5. If you want to approach another club about their manager, contact them directly and negotiate a fee. Once both parties have agreed, PM me and I will sort it out.

6. When offering a manager a contract, you will need to set his wages and contract length. If you are the West Brom chairman and want to hire Paul Lambert you must offer him a greater wage and a contract length.

7. Transfer and wage budgets are decided by you, offer too much and you could see your club in administration. I will not edit the finances on FM at all. I will provide 6 monthly financial reports
This lets you keep on top of things.

8. Once the game starts, message your club name and assigned transfer and wage budgets. I will implement your details into the game.

9. If you wish to sack your manager, simply PM me and I will then inform you of the costs to do so. If you wish to proceed, I will get it done and announce it on the thread.

11. I will not provide screenshots of individual players or tactics, sorry but it takes too much effort. I will do this occasionally if someone PM’s me


Now for the tricky one please read with care! Haha

12. I have come up with a concept of the ‘FA’ for our game, this will include and two elected board members up too 1st January in the game, then there will be more elections where the head and the two other members will be elected. The board will be allocated between £10-£15m a year, too make decisions on of course the sacking or extension of a managers contract, not only of the main squad but also the under 21’s . This should add an extra dimension to the game as an incentive to be an FA board member the club who’s chairman are elected each year, will receive £10m in a wage to their bank balance. Of course England are currently without a manager so this will be your first task!

13. concerning transfers. You may make as many transfers chairman to chairman as you see fit within the league. However you are limited to one overseas transfer per transfer window and it must be at 3 times the value of that player, unless they have a minimum fee release clause. For example, Iker Munian has a 21m release clause so would cost just that. Joa Moutinho being valued at £8m would mean he would cost £24m.


14. Free agent transfers are like auctions. I will post a list of the free agents and people can PM me their offer for the player and the highest bidder wins.
As soon as we have 20 members the game can begin and there will be a 2 day transfer window and this is also the window for the FA selection, everyone will receive one vote, although they cannot vote for themselves!
If someone is really intent on being one of the 2 FA chairman spots up for grabs till January then I advise you release a press statement outlining what you wish to do in the role
These are the current chairmen of each club (will update);

Fiscal reports will follow. Showing the clubs current balance, transfer and wage funds. On the current managers contracts; lengths, wages, and cost to remove.
I hope you all sign up and get involved they really are fantastic, the quicker everyone signs up the quicker we can get going


If you want to employ a manager from the lower leagues or on the continent, then you just

sorry to sound stupid but how do you sign up for it??
V

Sounds very interesting but since i speak english badly i think i can't participate even if i want to. Enjoy guys!
S

are you doing it on here or on the other site???? take it its gonna be on community.sigames
O

We still have around 6 positions left, the community is vibrant and already in full swing, so get over here and dont miss out!
O

only a couple of teams left now guys
O

I would like bolton just to make that clear!!!
L

Dude someone else get bolton or did you give that to me? im sorry for PM you about it, wasnt sure how i went about it.
B

Is there still space? If there is ill have the remaining team
W

Man I hope I didn't see this 2 late REALLY want to sign up.
O

Its all over on the SI link! Liverpool lad deffientley got Bolton, as for the other two if you didnt get there before it was full, keep visitng or apply to be in the FA. If you keep following people will drop out they always do and you can take over, i promise you someone will drop out today
W

ollieconnolly said:
Its all over on the SI link! Liverpool lad deffientley got Bolton, as for the other two if you didnt get there before it was full, keep visitng or apply to be in the FA. If you keep following people will drop out they always do and you can take over, i promise you someone will drop out today
Click to expand...

Can I have Wigan Athletic Please.
I

can i have arsenal plz
D

The company said that it expects revenue to come in at between $300310 Million for the quarter in addition to earnings per share of $0.200.23. This guidance for Q3, which includes the pivotal summer months of July and August,??????????, has spooked investors and sparked a rather large selloff in company shares. However, as I will discuss, valuation remains attractive for prospective long investors and the selloff could present a good opportunity to initiate a position in the company. Clarks footwear designs consists of the best in comfort shoes and also shoes, in addition to styles which range from casuals to classy career footwear. Here at Comfort Feet Shop, we offer many Clarks footwear for your benefit. Search web site for the greatest Clarks for women and men. All too often I saw Course or Way as I tried to race. To get a quick turbo boost you bring both hands back and quickly trust them forward. If you crash too much and your engines catch fire you can lift your left hand to fix the engines,????????????, problem is most of the time the game thought I wanted to turn left.. The Sun King started wearing high heels as a way to show off his long,miumiu, curvy legs, sparking a craving at Versailles for similar footwear. The King's heels sometimes soared to five inches and were often decorated with miniature battle scenes. He particularly loved red heels, which became a symbol of his power, and he forbade anyone but the highest nobles to wear them.Thanks to technical inventions allowing hidden platforms, shoe designers are encouraged to scale the heights. If you want permission to speak you must use my name. Rule number three. When I look like this, my name is Brian." I reached behind some cleaning supplies and produced my character's head. As a result of their efforts, Nike shoes for basketball have been revolutionized. Hyperfuse has taken the sneaker world by storm. And, it looks like for all intents and purposes,Nike will continue to be the reignining champion of high perrformance basketball shoes... The KPD reorganized in the western part of Germany,???????????, and received 5.7% of the vote in the first Bundestag election in 1949. But the onset of the Cold War and imposition of a communist state in East Germany soon caused a collapse in the party's support. At the 1953 election the KPD only won 2.2 percent of the total votes and lost all of its seats.. A wellwritten and personalized thankyou note lets the company know that you are a serious candidate who diligently follows up and who is excited about the opportunity offered. One of a client's most memorable thankyou notes was from a candidate who interviewed in the office and picked up that the client loved Paris by how her office was decorated. After the interview,??????????????, the candidate bought a card with a nice photo of the Eiffel Tower to write his letter. ???????? ?mod=viewthread&tid=771038&pid=845125&page=1&extra=page=1#pid845125 ?mod=viewthread&tid=1373146&pid=1622149&page=1&extra=page=1#pid1622149 ?tid=3792098&pid=4516052&page=1&extra=page%3D1#pid4516052
You must log in or register to reply here.
Share:
Facebook Twitter Reddit Pinterest Tumblr WhatsApp Email Link
Top