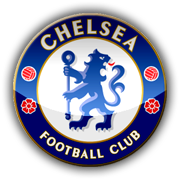 Back Story: Despite winning the Champions League last season - Roman Abramovich feels as if Chelsea are massively under-achieving and are not reaching the heights they should be reaching. Roberto Di Matteo became yet another casualty of the the Russian billionaire and was fired during late June.
The quest for a new manager was immediately on and many qualified names was soon linked with the club - despite much interest by many of Europes top managers - De Visser and Emanalo managed to persuade Abamovich to hire Sven-Goran Eriksson who hasn't competed in European football since leaving Lazio for the England post.
Click to expand... 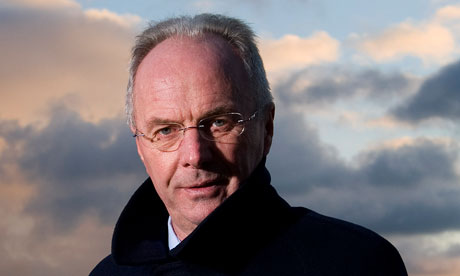 Trouble at Stamford Bridge? Absolutely so. The Chelsea fans were hit by surprise this afternoon when Roberto Di Matteo was released of his contract and was soon pushed aside to make way for their new manager - the ex-England and Lazio manager Sven-Goran Eriksson.

Eriksson who has spent the past year at Thai club BEC Tero Sasana F.C as technical director is said to be delighted with his new role at Stamford Bridge and believes in the future of the club. Eriksson claims that this job will be his last shot of redemption within English football after having failed to make an impact with Notts County, Leicester City and Manchester City.

When asked by a journalist if he thinks he is 'under-qualified' for the job - Eriksson replied "Under-qualified? No - Excited? Yes. Chelsea are one of the biggest clubs in the world and after winning the Champions League last season - it is important that we continue to dominate European football and ensure our European success is followed by domestic success. The English press has seemed to have a field day today branding me as a 'flop' and giving me 3 months at the club - well I can confirm that I will be on an annual rolling contract and I plan to stay at the club for the long jeopardy."
When asked about the cruel nature of how Chelsea have treated their managers in the past, Sven replied - "**** Homini Lupus" which is translated to Man is man's wolf.

It is believed that Eriksson will be 'shaking' the back room staff up and will be giving the complete squad an 'over-all' evaluation.
Click to expand... The football season well and truly returned this afternoon when FA cup winners Chelsea faced the Premier League champions Man City. The huge match was hosted at Villa Park and the highly decorated Community Shield was on the line. Both teams were raring to make an impact and show off their new signings.
Both teams opted for the 4-2-3-1 tactic and both made their attacking intentions perfectly clear. Fernando Torres opened the score sheet as an amazing assist from fellow Spaniard set Torres up for an amazing goal! Chelsea continued to dominate the first half but the game soon took a turn around at half time when Man City's attacking momentum kept growing and growing until the inevitable happened - Dzeko scores!
The match went all the way to sudden death in penalties but a poor strike from Nasri allowed Oscar to bag the winning penalty for Chelsea!
Click to expand...

View attachment 365431
In other news:
Sven-Goran Eriksson alongside Abramovich's trusted advisor's Pat De Visser and Michael Emenalo have 'shaken' the entire back room staff at Chelsea by hiring some huge names to help the day-to-day running of the club. The most notable changes are; long-serving assistant to Sven - Tord Grip has followed Sven to Stamford bridge taking on the role of assistant manager. The well respected and West Ham veteran Tony Carr has become the new head of youth development at Chelsea in hopes to improve the ratio of Chelsea home grown players in first team football. And also British coaches Dave Parnaby, Phill Cannon and Joe Jordan all join the coaching staff alongside former Liverpool assistant manager Franciso Ayestaran.​
Last edited: Jul 8, 2013
L The Champions of Europe take home another trophy!

Chelsea have performed yet again and have proven why they are the real champions of Europe. After going 1-0 down against the Europa League winners, Chelsea reacted quickly and a stunning goal by Victor Moses put both teams equal on a draw for the second half. Former Athletico Madrid player and legend Fernando Torres scored an early first half goal secure a goal lead against his boy-hood club before Ramires sealed the victory with a third goal just minutes after.
3-1 was the final score and nobody could be happier than newly employed manager Sven-Goran Eriksson who has won two trophies within his first few weeks at the club. Will his silverware success continue?
Click to expand...