Concede less than 10 goals in a Premier League season?

Back in the day my brother, my mate and I used to play a three player save on every version. I'd be Liverpool, my brother would be Arsenal and my mate would be United. Infact, we still do this! But one time, on CM03/04, something really special happened. My mate went the whole season as Man Utd only conceding 9 (NINE) goals. Sure he only scored 61, but he still won the league with 89 points. It was actually one of the very rare times ever were we got the top three. Thankfully I still have the screenshot to prove it: 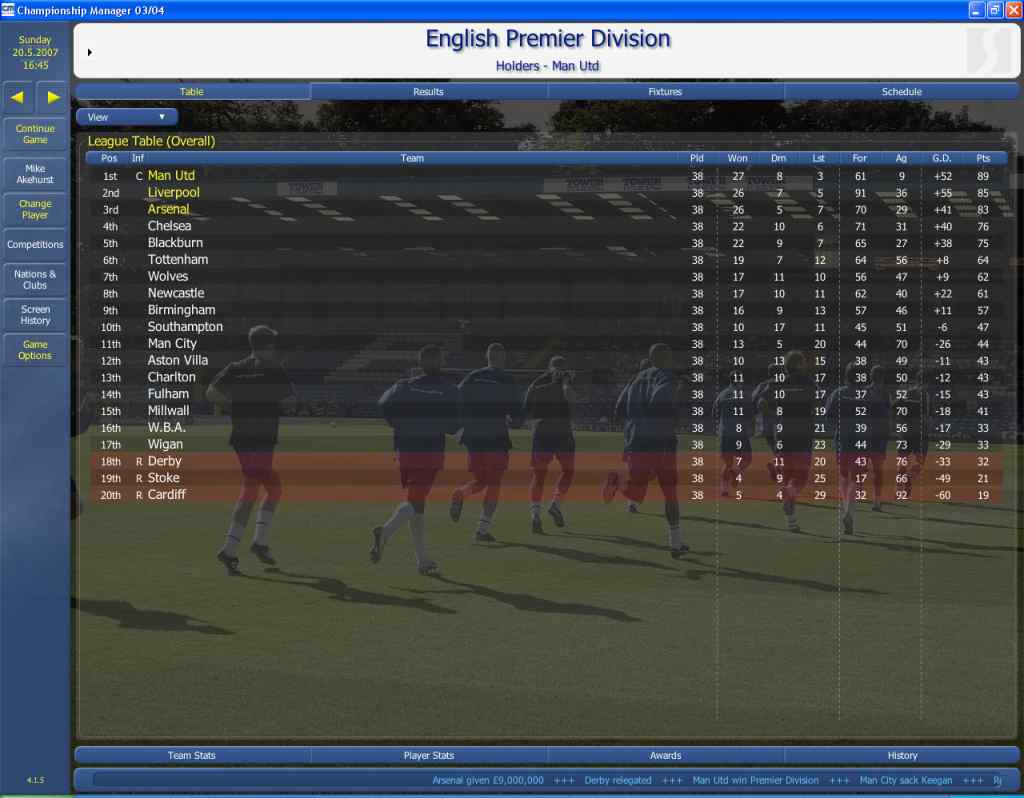 ​
Now I know the game was very different back then, and for all I know there could have been some match engine problems that meant it was a little easier to defend, but nothing can take away from the fact that only conceding 9 in a whole season is incredible. I mean, look at the second best defensive record: 5th place Blackburn who conceded 27. That's three times as many goals!

So here's the challenge for FM18 - can you replicate this amazing feat? Can you go a whole season and concede less than 10 goals?

No editing, no cheating, no controlling every team you face - please be honest. I'm hoping as a community we can create a tactic that is defensively solid. To be honest I'm not too bothered if it's an all-conquering, 1-0 every game, league-winning title at this point. I just wanna know if repeating the 9 goal season can be done.

So let's here your thoughts and see your tries.

I plan on starting a game and setting everything up and saving it as a master file, then saving it with a different name to actually play the game, and then once I reach the dreaded 10 mark, delete that game and start again from the master. Constantly tinkering the tactic with every new save I create.

Who do you think the best team is to try it with? Or do you fancy a challenge and want to play your game as normal and just try to complete the challenge with every new season? That's my plan once I've had a few saves to get the tactic close to what I hope to achieve. Once it's looking defensively sound and I'm making it past Christmas (it's 26th November and in real life United have conceded 6, City 7 and Burnley 9) without hitting 10, I'll start a "proper save" and try to concede less than 10 every season as I play through them. Surely it's only a matter of time, right?

Hopefully others can join in and we can share ideas, formations, tactical instructions, recommended players and more.
P

Reopened FM17 to see if I'd managed to do this as I had a very effective tactic last year and an extremely strong squad by the end of my save - sure enough, 9 conceded and a much better attack as well, 43 extra goals Only 34 Bundesliga games in a season though

Would love to manage this on this years version too although in saying that, after that season was done I lost interest in the save

Edit: Image doesn't seem to be working so here's a link