[/FONT]​
[FONT=&quot]Hello and welcome to what I hope will be my one and only career for FM17 as I return to a challenge I attempted back on FM15. Back then I went on to play through 91 completed seasons, reaching the year of 2106! I'm now back to try again and see if I can better that.[/FONT]

[FONT=&quot]Back then, for anyone that didn't follow, I picked up many trophies and enjoyed travelling around the world experiencing new leagues and new challenges.[/FONT]

[FONT=&quot]The aim is simple, attempt to travel around the world picking up every single trophy possible. Now I know that sounds ambitious, but many of you know I like to challenge myself, I know its probably not going to happen but I wish to scoop as many cups and league titles as possible,. I'm not completely sure how I'll go country to country but have decided on this setup.[/FONT]

[/FONT]​
[FONT=&quot]Here is what the challenge holds country wise. Obviously Europe is the most difficult to complete as there are 34 playable countries with plenty of leagues and cups to play through. Africa should be the easiest to complete on paper as it only has one playable country and that's two divisions in South Africa, North America has two countries, Asia has eight (including Austrailia) while South America has six.[/FONT]

[/FONT]​
[FONT=&quot]I have decided to start within the home nations, fully loading all playable leagues in England, Ireland, Northern Ireland, Scotland and Wales, with hope that I'll be able to find a job here easy enough and get the ball rolling on such a challenge. I've decided on these to try and keep it a little more 'realistic' than starting in the likes of Australia etc. Its time to build a name for myself in the United Kingdom to begin with...if I can get a job.[/FONT] 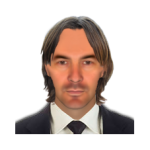 [/FONT]​
[FONT=&quot]The manager himself, nothing really ever changes about my manager, I always go for the same sort of thing, mainly because I like to try and keep it a little realistic on the way and give myself a challenge at the same time. Well, lets meet 'Dan' the manager who will take on the challenge and enjoy numerous of expensive trips around the world, lets just hope we have a job to pay for them![/FONT] 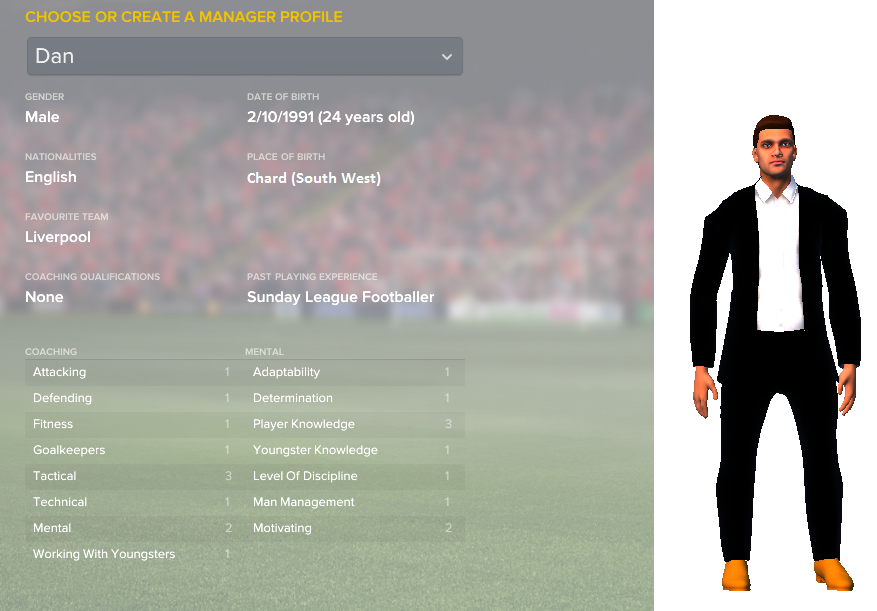 [/FONT]​
[FONT=&quot]Here is 'Dan', born in Chard down in the South West of England and about to begin his managerial campaign. Apart from a bit of Sunday league football, and the odd bit of coaching, hes a newbie to the footballing world who wishes to be known about in the near future. A 'tactical' manager sees that aspect of my game the highest along with player knowledge, all my other stats are pretty much rubbish. Support Liverpool, following Yeovil, Dortmund and Real Madrid so obviously would love to manage those four along the way to managerial greatness but we shall see.[/FONT] 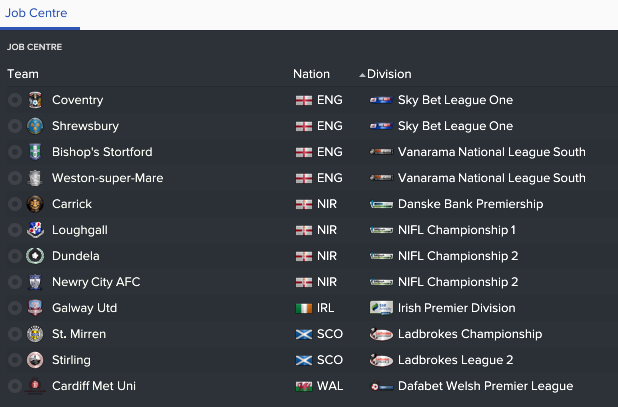 [/FONT]​
[FONT=&quot]Here is the 'Job Centre' on day one of my managerial reign and hopefully it won't be long till I'm with a team and earning my living. Obviously some of these jobs are out of my reach early on so I won't even waste my time applying for them. However I have picked out three jobs I'd love to be considered for and would be 'trophy worthy' in season one and they are Dundela and Newry City of Northern Ireland and Stirling of Scotland. I'll also apply for Bishops Stortford and Weston Super Mare to get my name out there.[/FONT]