Dean Ashton to return to football as coach.
STEPHEN GIBBS - BBC SPORT
Dean Ashton has announced he has returned to football as a coach and has had private spells at Crewe Alexandra and West Ham United. Ashton said "Well I didn't want it to become public so I could learn what there is before accepting a job offer before getting the badges and regretting it like some people have. I know a few lads who took a managerial job without experience and their careers were ruined prematurely. I want to have a long time in football and make up for the years I missed. I spent two years at Crewe from 2010 until 2012 before Dario Gradi arranged for me to work with the West Ham youngsters and I thank him for that because I learned a lot from the man and from Sam Allardyce in the time I've been here and I'm still working with the Hammers. Hopefully soon I can start managing. I'm 29 and I have some coaching badges but I think maybe in one or two years time I can start managing a first-team. When asked about the future of under-fire West Ham boss Sam Allardyce, this is what he had to say. "I've got huge respect for the guy and I'd like to see him stay but it's not my decision it's up to the board. The club are two points off the relegation zone and they've won two out of their last five but I think they can pull it together. - February 3rd 2013 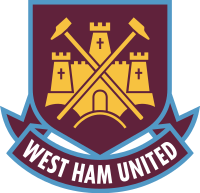 Dean Ashton to manage West Ham until end of season
Dean Ashton's revelation of his managerial intentions were quickly realised as his current coaching club West Ham have entrusted him with keeping the Hammers in the Premier League after the club dismissed Sam Allardyce. Catching up with Ashton before he entered West Ham's training ground, this is what he had to say:
"I am delighted to be in charge of West Ham, my playing time was cut short but I've been coaching for a year and after Sam Allardyce was sacked the club asked me if I could take over until May and I jumped at it. Were 11 points off safety but we have 11 games to go so I'm confident we can get out of trouble."
- STEPHEN GIBBS BBC SPORT
Last edited: Apr 16, 2013
D

This absolutely sucks, I've lost the save. West Ham finished 10th after winning 8 out of their last eleven gamesI was not offered a new contract as West Ham opted for the recently unemployed Harry Redknapp to return to the Hammers after he was sacked by QPRI had accepted the QPR job but my laptop automatically updated and the save became corrupted. Unfortunatley the save will not be redone- By the way I'm not Dean Ashton
You must log in or register to reply here.
Share:
Facebook Twitter Reddit Pinterest Tumblr WhatsApp Email Link