I made a European super league.

The following was done:

- 16 European clubs with a guaranteed participation in this Super League each year
- These 16 clubs no longer participate in the Champions League and Europa League but still play their national league
- The prizes are great
- In the first round, everyone with each game once
- The top 8 clubs go to the second stage
- In the second phase, eight clubs play knockout for the finals
- The finals of the competition are played at the new stadium in Monaco with the capacity of 112,000 seats 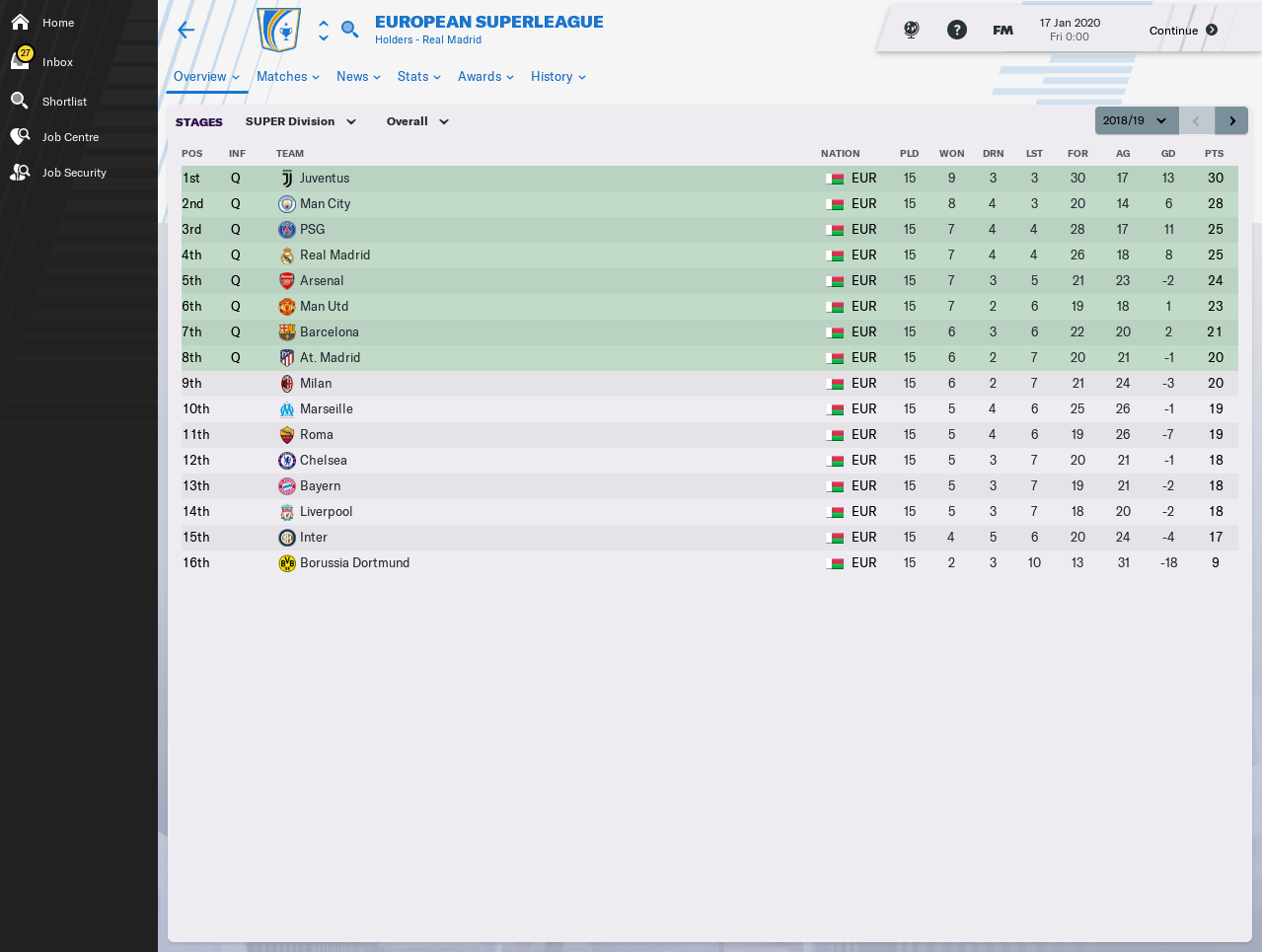 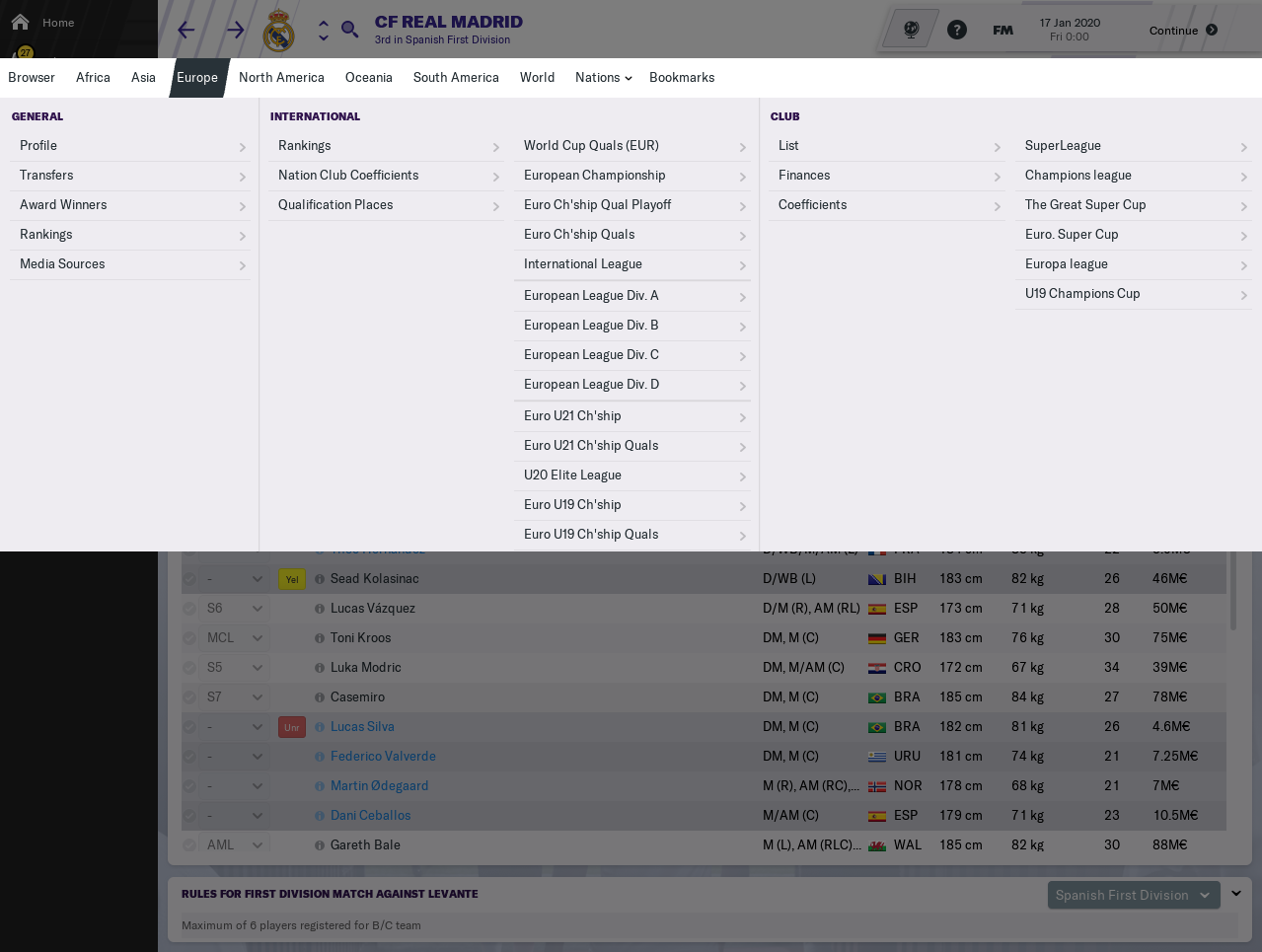 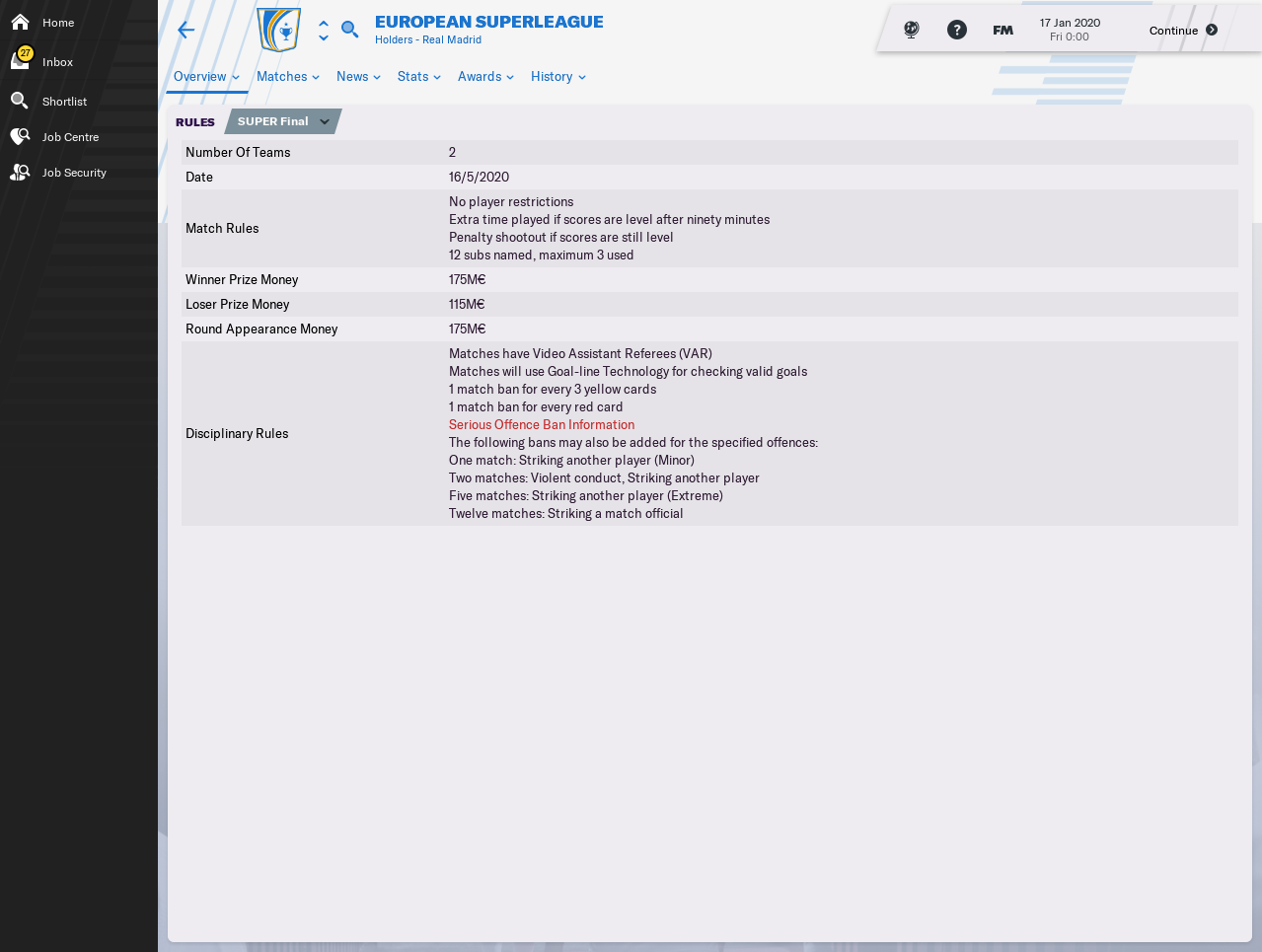 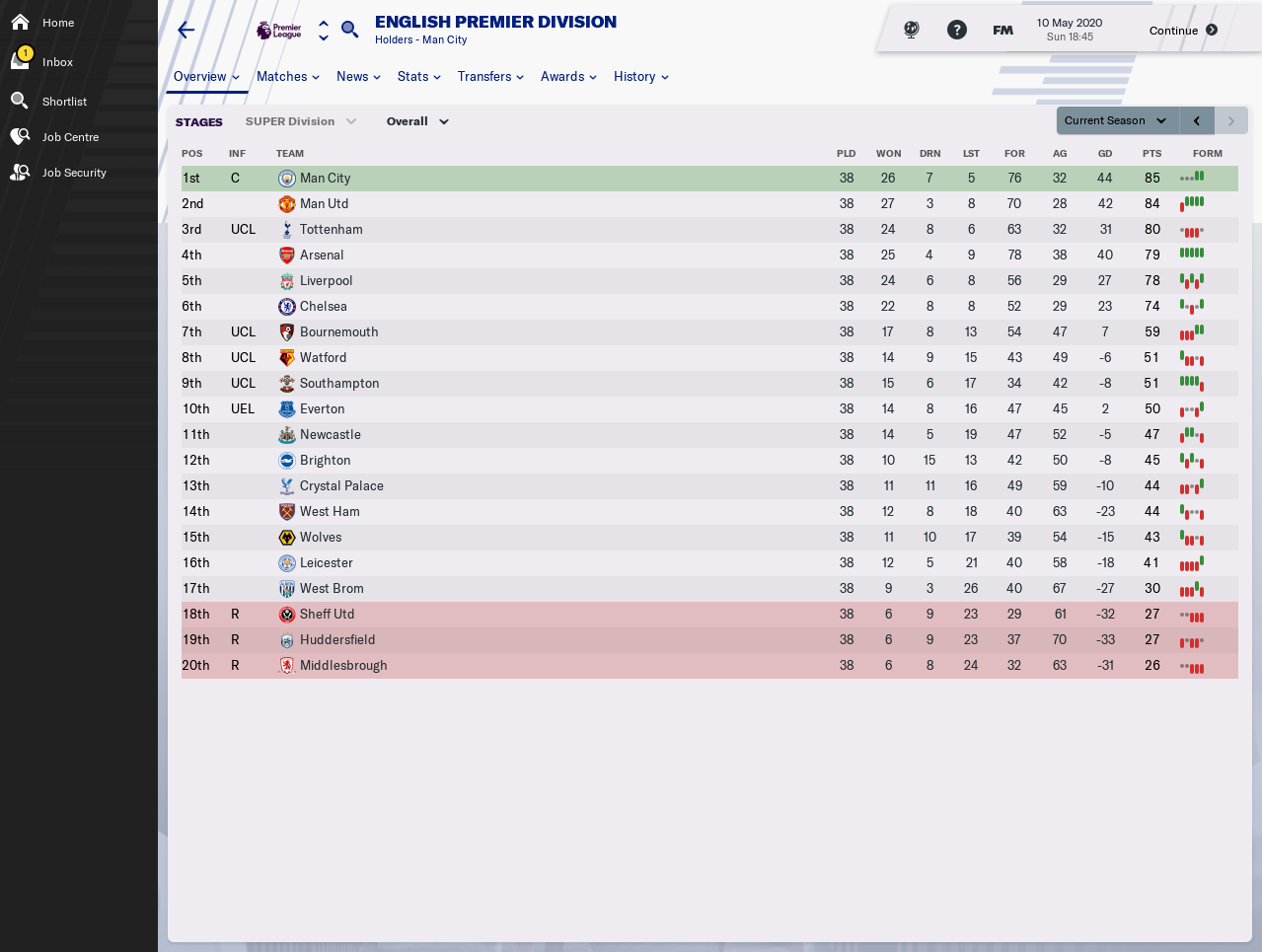 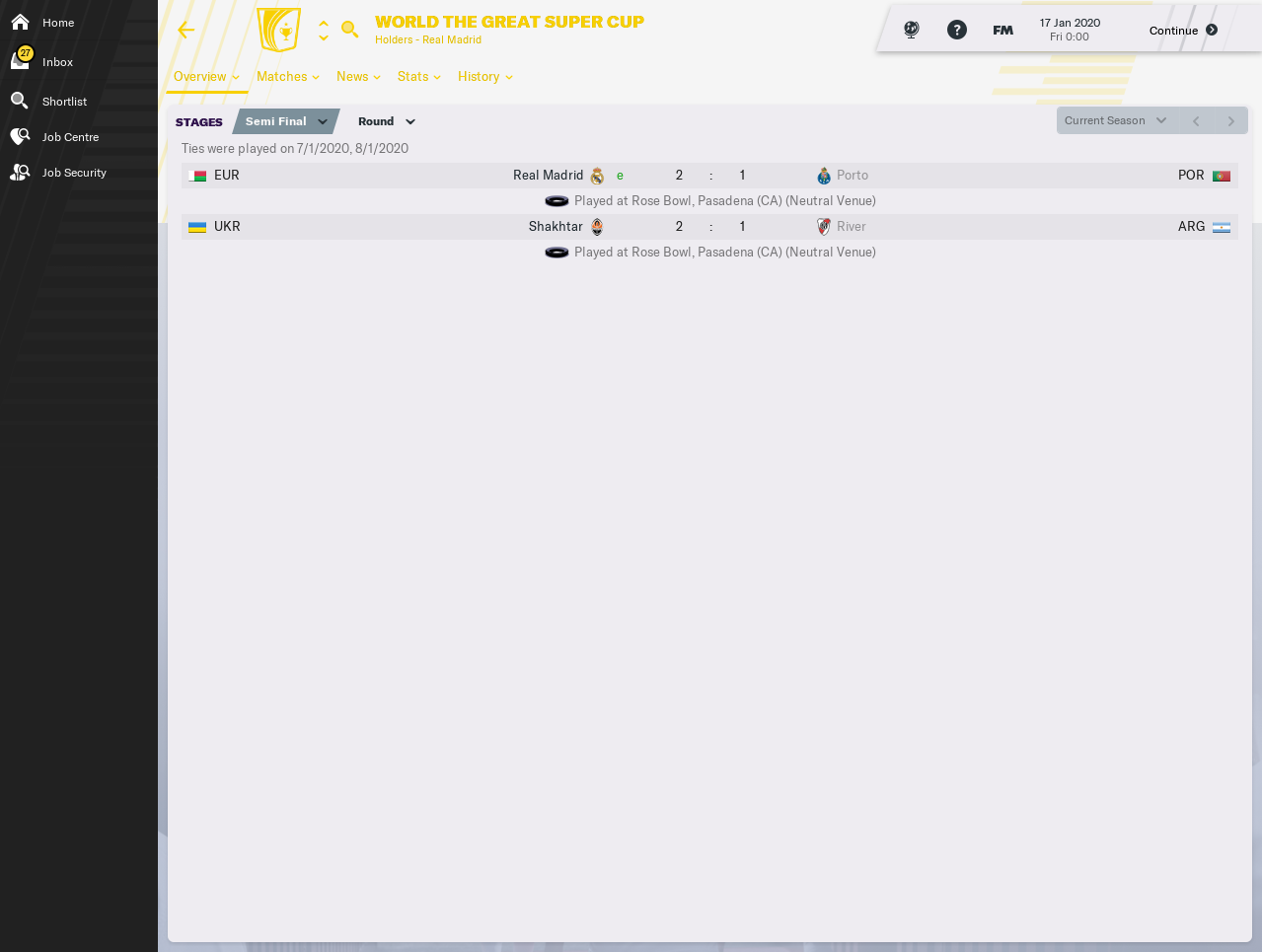 
I do not know how to make graphics so if someone knows how to put it, I would be grateful to him