Cro-Manager GFX Team seeks "subcontractors". I needed people who would be willing to collect photos footballers who would later use to create Facepack. 2-3 means a man from a country the world to collect photographs of its national league players. It is important that in these photos are the players jerseys current season, so 2012/2013.
Last edited: Jan 9, 2013
M 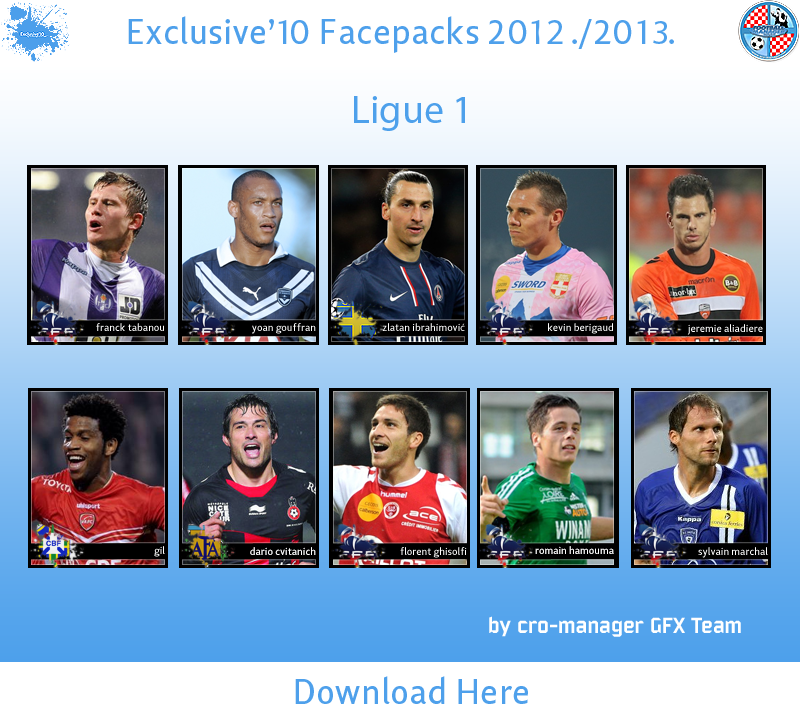 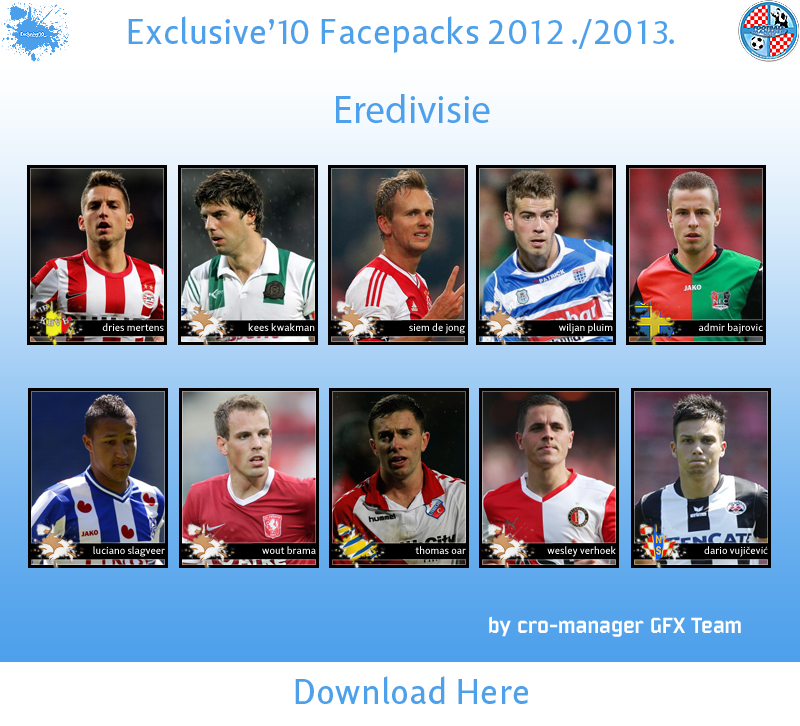 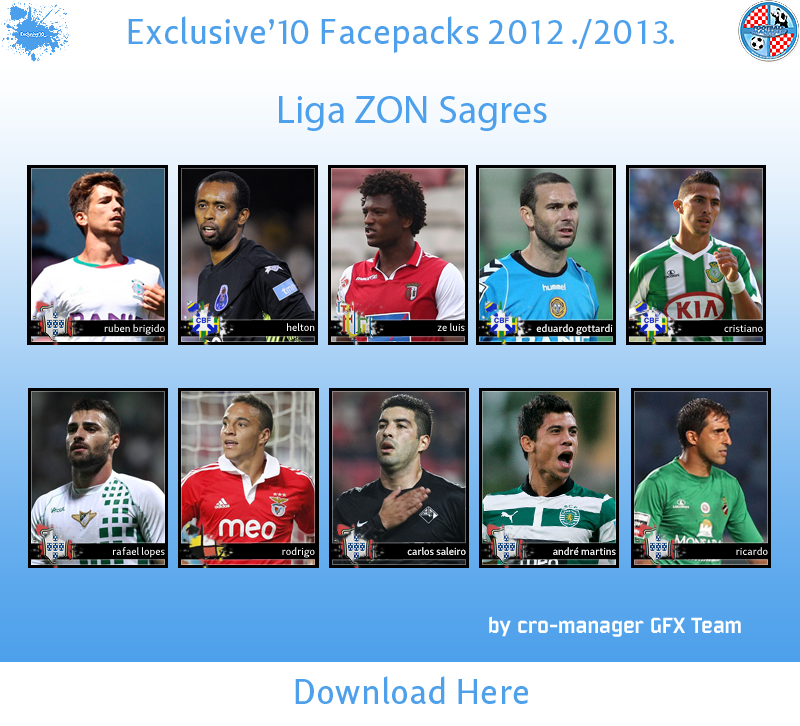 Love the face pack man! Can you please do the ukranian league? and the Eredivise link doesnt work and i really want it.
M

poweriess said:
and the Eredivise link doesnt work and i really want it.
Click to expand... 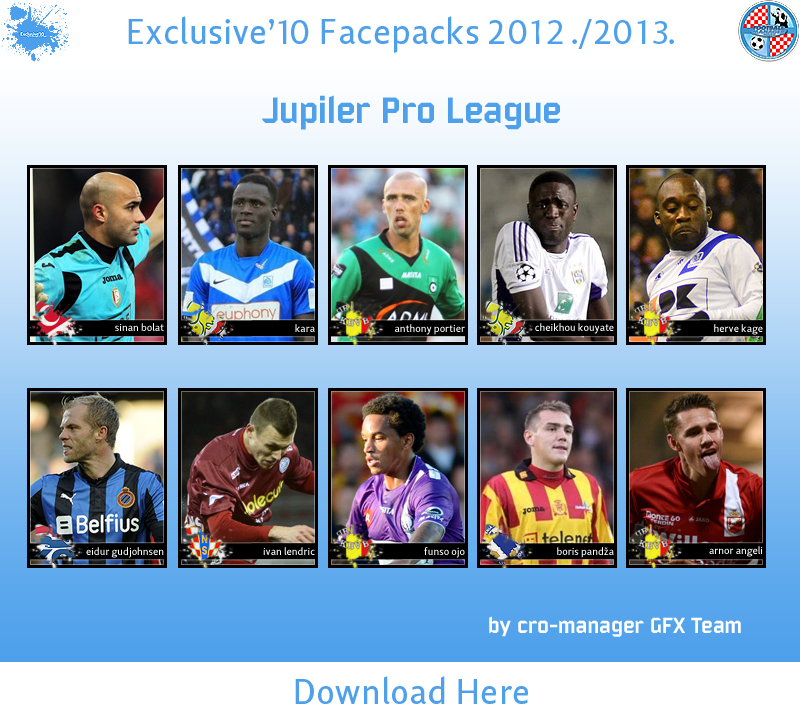 Template only have members of our GFX team. All those who want to help you collect images that will then our GFX make FP.

For further information, please contact with us on the forum.
English speaking area

Sorry for my bad english
M 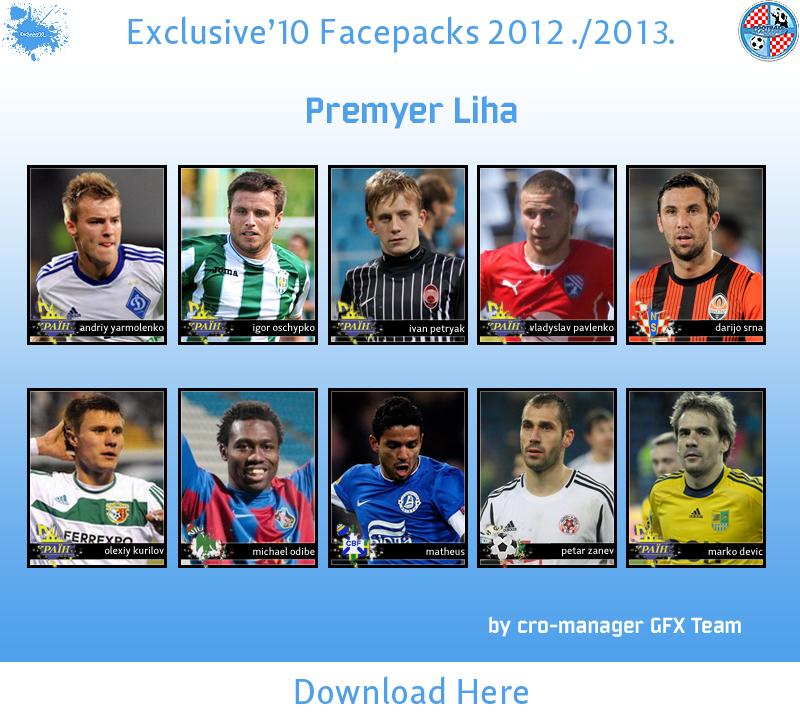 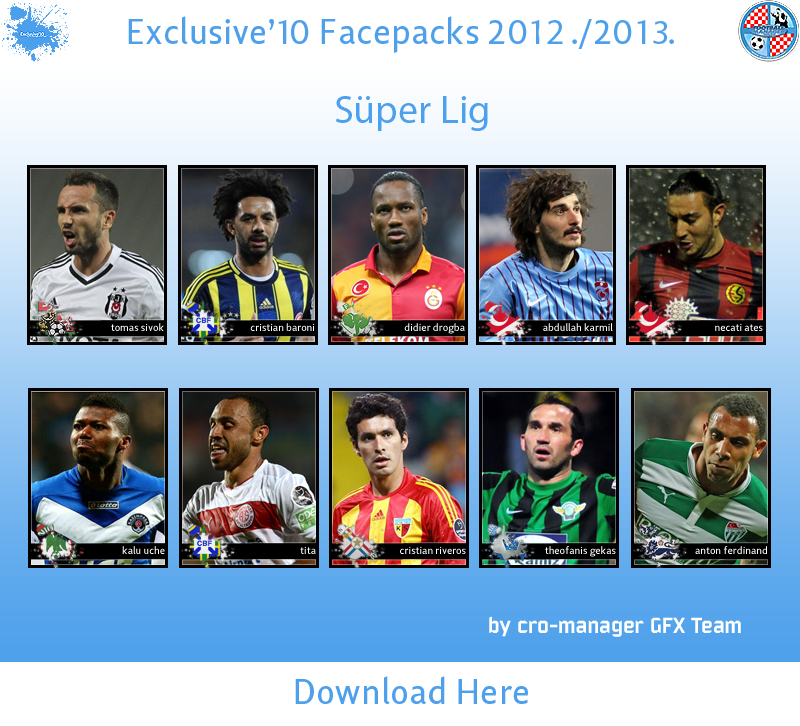