FM14 Classic is coming to the Vita!

Football manager 14 Classic mode is being released on to the PS Vita.

Cross play. Play your FMC Saves from your PC/Linux/Mac on the move!

Blog from Mile Jacobson about the PS Vita game: http://blog.eu.playstation.com/2013/08/20/football-manager-lines-up-ps-vita-debut/

Designed specifically for faster career progression with the main focus on the key areas of football management such as; tactics, transfers and managing your team on matchdays. Areas such as media handling, training and finance are much more streamline and designed not to slow down progression to those all-important match days

FMC will also be the first ever handheld game to feature the acclaimed 3D Match Engine, adding an extra layer of realism and immersion that’s been unavailable in previous Football Manager games for handheld devices.

Cross-save compatibility with PC, Mac & Linux (FMC Mode) means that FM fans can carry on a single continuous career, whether they’re at home using their computer or out and about with their PS Vita (or vice versa).

The game features an almost identical feature set to FMC Mode on PC, Mac & Linux with some exciting new additions for 2014.

sweet soooo excited got A Vita and only got like FIFA to play on it if i could get FM14 to it **** i can't wait cheers SI !
L

Dunc, any details on how well the cross save works? What's the filesizes like? Does it sync saves automatically? Is it all cloud based or can you do it manually with a usb stick or something?
D

Lee said:
Dunc, any details on how well the cross save works? What's the filesizes like? Does it sync saves automatically? Is it all cloud based or can you do it manually with a usb stick or something?
Click to expand...

There is still work to be done regarding things like that, currently I don't think I would be able to give you a solid answer. It's safe to say that it's pretty likely you are going to be able to save to a USB/memory stick, as there will be users that are solely PS Vita players. Cross saving has looked pretty stable so far too, as more information comes out about both FM14/FMC and FM14 Vita things will click into place. For now I'm not really allowed to reveal anything.
S

Excellent news! My Vita will finally get some play time.

They are great little consoles, if you haven't got one I highly recommend getting one. Especially as they are now about half the price as when they first came out.
Last edited: Aug 20, 2013
D

I didn't think more than about 8 people had bought PS Vita's? Although depending on how good FM Classic is (Never tried it), it may persuade me to become the 9th
E

More will sell once ps4 launches. Will SI launch a football manager on next gen fm15 maybe?
S

epic terrorist said:
More will sell once ps4 launches. Will SI launch a football manager on next gen fm15 maybe?
Click to expand...

Doubt it. FM doesn't play well with a controller. It needs a mouse (or touch screen).
R

Yay! Been waiting to play FM on my Vita, and the cross-play makes it even better.

Can you guys confirm if FM14 Classic Vita is going to be available in the USA?
S

russ99 said:
Can you guys confirm if FM14 Classic Vita is going to be available in the USA?
Click to expand...

The Vita is region free so I guess the answer is yes.
C

Will this version of it have all the features of the computers classic and most of the new features announced? Thinking about just getting it for vita because my laptop is awfully slow for fm even with a low player count.
T

I'm really tempted to get a Vita now, especially since I don't actually have a gaming console. I've seen some people with them, and they seem close enough to console-quality, but portable and cheaper! Does anyone know how much FMC Vita will cost approximately?
M

I don't know if this helps any of you guys out but the cheapest place I have seen it to pre-order so far is Argos at 23.99: Buy Football Manager Classic 2014 PS Vita Pre-order Game at Argos.co.uk - Your Online Shop for PS Vita games, Pre-order games.
M

i don't even want to know what that says..
D


Miles Jacobson said:
@milesSI 4m
I'm happy to be able to announce that Football Manager Classic is released on Vita in April. More details next week from @FootballManager
Click to expand...

April lol the season is basically finished. Unless they are planning to release a 2014/2015 patch that is just ridiculous.
D 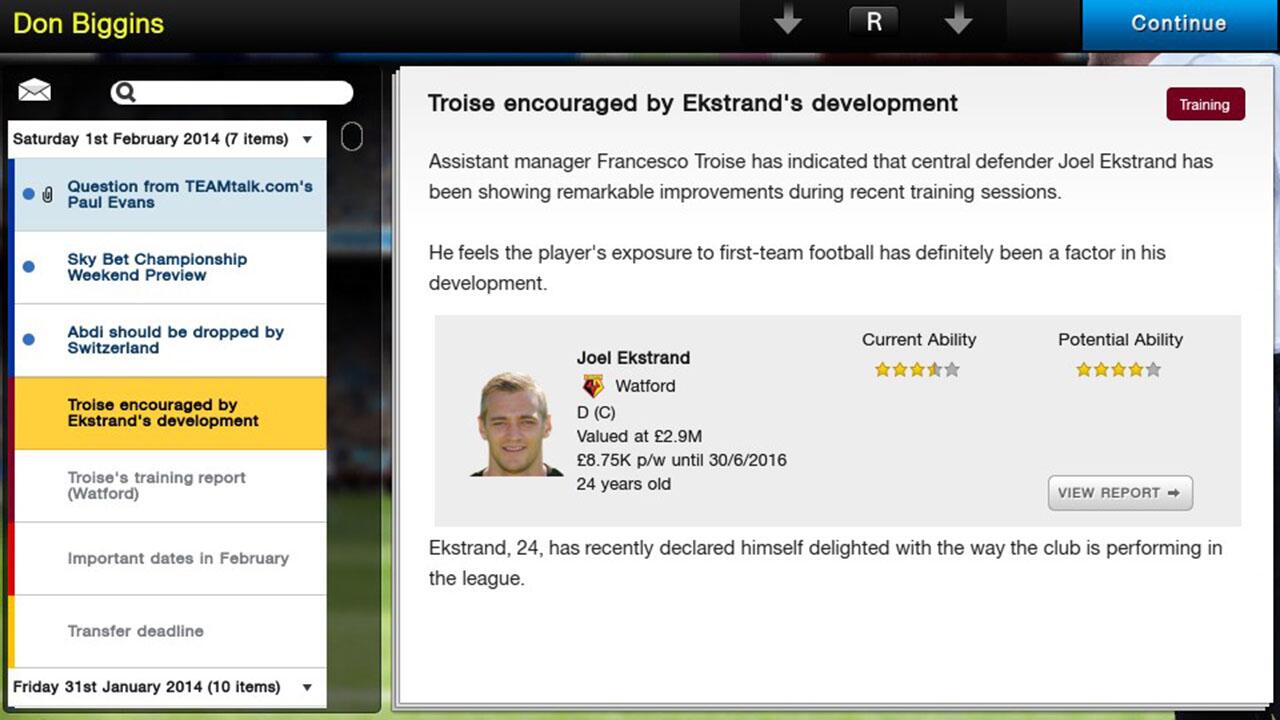 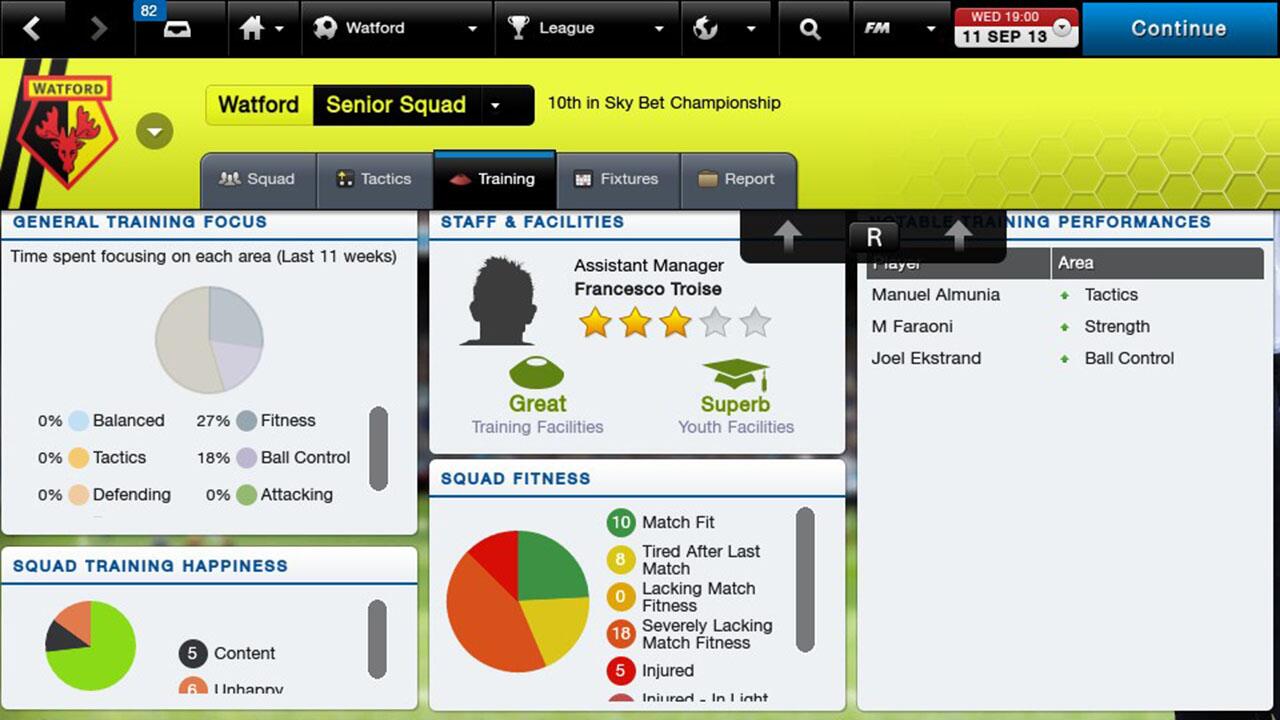 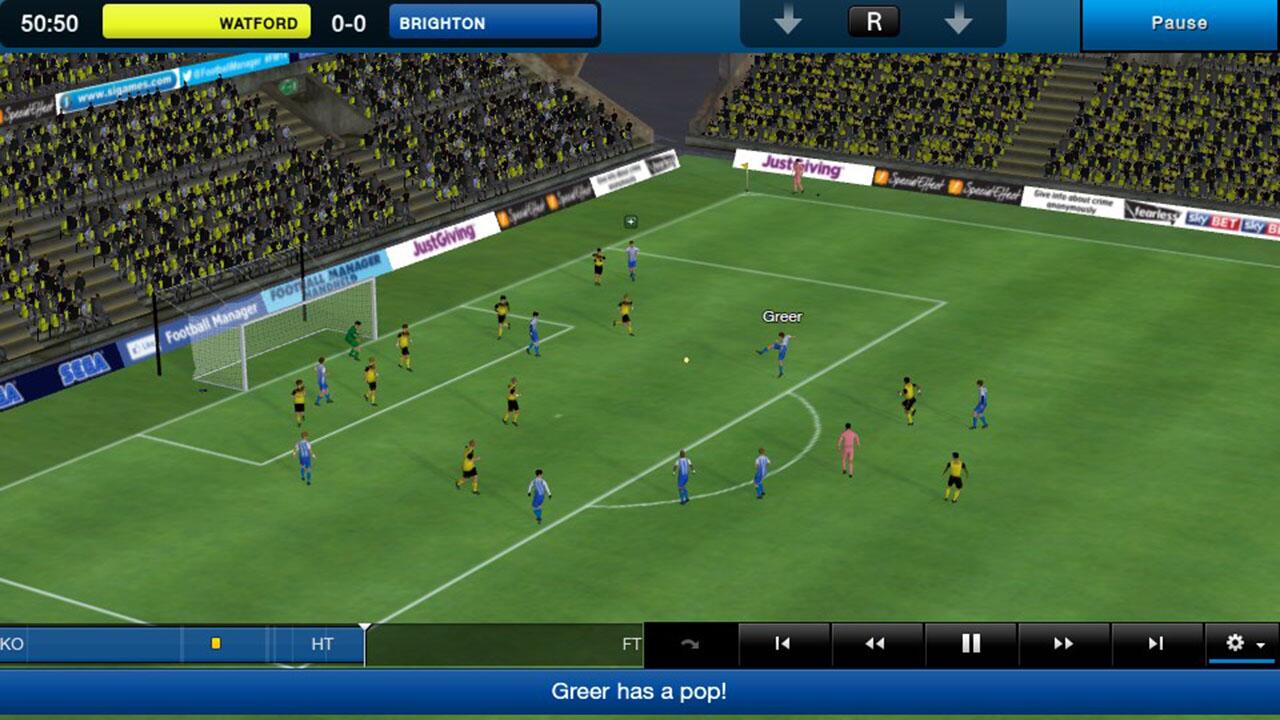 And here's my copy!