Following on from the best!

Note i holidayed a season as unemployed, so this will start from the 2011/12 season.


Today Manchester United Manager Sir Alex Ferguson has announced his retirement from Football after Manchester United 2-0 Champions league win over Barcelona. Ferguson who is the most decorated manager in the history of the sport. Didn’t want to take any question, instead in typically fashion left in an abrupt and brief way. “ I would like to thank the supporters, the club and the players for all the support and love I have had down the years, I feel this is the right time for me to move on.” 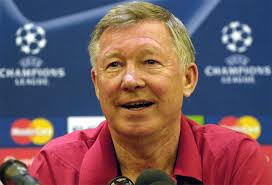 David Gill had this to say, “ I have begged Alex to move upstairs but he said that will never happen, The new man will be his own man and doesn’t need my big **** hanging around the place.”
Former players have all said of their love and praise for Sir Alex, with Steve Bruce saying this “ Sir Alex is the best manager and mentor possible, I am not surprised he has left so suddenly he is not one for romance”

United Fans are crying out for Mourinho to be installed. Who will it be…

Former Manchester United Captain and England international Gary Neville was today unveiled as the new manager of Manchester United FC. Neville spent his entire playing career at Old Trafford, making him a rare one club man. At the time of his retirement, he was United's second longest serving player in the squad, behind his long-time teammate Ryan Giggs. Neville retired in 2011. The fans of Manchester United are said to be shell shocked that Neville has been employed but they will defend and support him until the end.


Neville has got stuck in to his first press conference stating many typically opinionated and controversial statements. “I am here to do a job; do I think I can emulate Alex? I wouldn’t be here if I didn’t.”
When asked about the squad Sir Alex has left him and the 2 incoming players. Neville had this to say, “I played with this squad for the first 6 months of this season, I know all about them all. The incoming player, well Afellay I have heard many good things about, and expect him to add to our squad. Whilst Roussillon is a 18 year old French defender”

Neville makes first splash in the window.
Manchester United boss Gary Neville has made his first signing of this transfer window in Wigan defensive midfielder Mohamed Diame for 5.25million pounds. When asked about the signing Neville had this to say “ When we played Wigan in October, Paul Scholes came off and half time and said to me, Nev this kid Diame hasn’t given me a inch to breath in, he is a terrier, That the kind if players I wanted.” 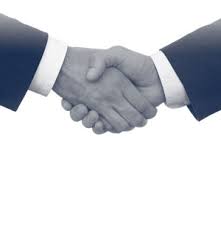 Neville has also signed former team mate Ryan Shawcross for a reported 14million pounds fee from Stoke. Neville had this to say about the England man “Ryan is as ard as they come, and without me in the squad, I wanted to keep that same level of ardness.”
In a controversial move Neville has brought back former Manchester United striker Giuseppe Rossi for 14.5million, The Italian is back for his 2nd spell with the club. He has this to say “Rossi used to be a ****** nightmare to mark in training and I am sure he still will be.” 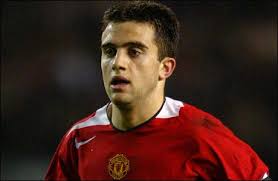 Rossi in a Utd shirt, back in 2003.
Neville has again gone shopping in La Liga signing Athletico Madrid keeper Sergio Asenjo for 11million pounds. Neville said he is the future of Manchester United.
When asked about rumours that Bebe and Gibson where leaving, Neville had this to say “I have accepted offers for Bebe from a Spanish club and 2 domestic clubs have had offers accepted for Gibson.” The offers reported to be around 7million and 4 million respectively. Neville has also flogged Republic of Ireland international John O’Shea to Aston villa for 3 million pounds. Tom Cleverly has been sold to Fulham for 3million pounds. Owen Hargreaves has left for Athletico Madrid for 7million Pounds. It has been confirmed by Club chief executive David Gill that Gibson and Bebe will be leaving the club.
In a Move that has angered many Manchester United fans, Neville has sold South Korean legend Park for a small fee, thought to be around 3.5million, Park is an idol at Utd. 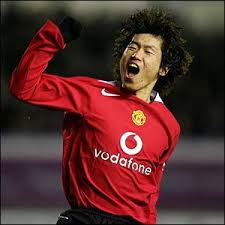 United Fans willl never get to see this again.
D

Without Key player and Captain Vidic, this game will be very hard for Manchester United to win. Neville has gone with a bog standard 4-4-2 with Rossi and Rooney up front. English Centre Back pairing up Shawcross and Ferdinand. A key decision might be not playing 3 across the middle like Former manager Sir Alex Ferguson used to.


The Game started well for Manchester United with Rossi striking just over from 25 yards. Chelsea however started to overrun the Midfield and it was no surprise when Essien was un marked 12 yards out to power home.

Injuries force Neville into 3 changes at half time with Ferdinand, Rafael and Rossi needing to come off at half time. England Centre back hopeful Ryan Shawcross was doing his chances no harm when he then powered in an equaliser from Nani Corner right in front of Fabio Capello.

The game fizzled out to Penalties. With Manchester United claiming it 5-4 when Ashley Cole blazed over.

An Average start for Neville at Utd.

With 3 losses in his first 9 games but only one coming in the league Neville has made an average start to his United managerial career. He has lost to Juventus in the European Super Cup. Arsenal at the Emirates and Bordeux Away from home in the champions league.

As you can see Plenty of Goals for Nevilles Utd, just need to concentrate that little bit harder.

Not a bad start, Evras red card cost us against Arsenal. Big Sam was a **** that month, telling me i wont win the league. Hope the fatty dies. Come on lads, we can improve.
S

A better couple of Months for Neville.

Manchester United got off to an awful start to November with an 1- loss away to Everton, But are un defeated since. With an away win against Manchester City and an home win again Fellow title contenders Spurs. Manchester United have also made there way through to the Carling Cup Semi final.

Manchester United have sold former Captain Rio Ferdinand to West Ham for 4.6million and Bulgarian striker Dimiatar Berbatov to Ath Madrid for 7.5million. Both players to leave in January.

Gary Neville had this to say... " Rio has been a fantastic servant to this club, He came to me and said Nev i havent been playing much, can i look for another club, I told him Avram had been on the phone, And he agreed he wanted to finish his career where he started it. He will be missed a lot, but i thank him for his Service."
S

Apart from the slip up at the start of the month against Newcastle, It was a perfect Month for Manchester United winning 4 leagues games and The World Club Championship. Neville has now got 2 trophies to his name as Manchester United Boss.

In an Interview with Four-Four-Two Neville has outlines his plans for the future of Manchster United.

Neville has confirmed that this will be Ryan Giggs, Edwin Van Der Sars and Wes Browns last season with Utd. They have all been amazing players and servants to this club, but all great things must come to an end at some point. I have decided this is the best time.

When asked about future signings, Neville had this to say. " We only need to sign one maybe two players max in the summer, i expect no signings to happen in january, unless someone becomes available".
Last edited: Feb 10, 2011
A

Great story When is new update gonna come!?!
A