From rags to riches - a new hope in life 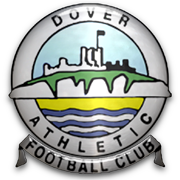 ​
Today, Blue Square South side, Dover have announced that they will be having a new manager in the forthcoming days. Dover are currently 22nd in the Blue Square South division after 11 games which only involved 2 wins. Many fans were getting on former manager, Nicky Forster's back after current results and when they went 5 games without a win the board decided to take action. Dover was Forster's first managerial job and for the next man in line, Joseph Southern, it's also his first managerial job. At the age of 25, Southern will be hoping to boost his managerial status and steer Dover away from relegation. The rumours are Southern has signed a deal until the end of the season with a view to an extension if his objective of survival is completed.

​
I am looking forward to the challenge. Dover have some fantastic fans and they do not deserve to be where they are now. I am going to give my all for the fans, board and players and hopefully i can stop this club from being relegated. I have observed the current squad and i will have to try and bring in some loans or free transfers in the positions i believe that need improvement. Finally i would like to thank the board for giving me the opportunity to come here for my first managerial job as i have had no other experience as i have only just acquired my coaching badges etc. So i hope to see plenty of fans at my first game against Truro and hopefully get off to a winning start. - Joseph Southern on his new managerial position at Dover Athletic.


So Dover Athletic fans have got a new hope in Southern as he will try and stay clear of relegation and build the club up and try and gain promotion into the Blue Square Premier in the coming years if he gains a new deal with the club. There has been lots of speculation over who he is trying to sing and players like Francis Jeffers, James O'Connor and Ismael Fofana are the current names doing the rounds.

pokerjoker_num10 said:
like the tittle best of luck dude hope you do well nice op
Click to expand...

Thanks mate. There may not be a lot of updates over the following days as i have a maths exam on Monday.
T

I3east said:
Thanks mate. There may not be a lot of updates over the following days as i have a maths exam on Monday.
Click to expand...

pokerjoker_num10 said:
bets of luck with ur exams look forward to the next update
Click to expand...

Thanks dude, i think i may of lost the save though as my laptop ran out of charge whilst i was playing. so i will have to start a new story with a different club
You must log in or register to reply here.
Share:
Facebook Twitter Reddit Pinterest Tumblr WhatsApp Email Link
Top