The trophy is a sculpture of a football boot. 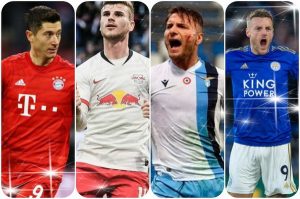 Robert Lewandowski is set to be crowned the top scorer playing in Europe for club and country in 2019 after finishing the calendar year four goals clear of Lionel Messi.

The Bayern München striker finished third behind Messi and Cristiano Ronaldo last year but has turned the tables this time after passing a half-century of goals.

Messi reached 50 himself for the ninth time in ten years in Barcelona's final game of the 2019 but could not catch his Polish counterpart.

Top scorers in 2019 in Europe
54 goals from 58 games: Robert Lewandowski (Bayern München & Poland)
Robert Lewandowski has been one of the most prolific goalscorers in the world over the past decade and is well on course to surpass his tally of 22 from last season. 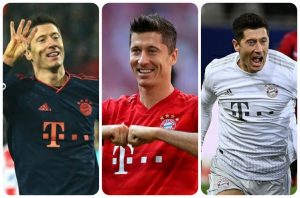 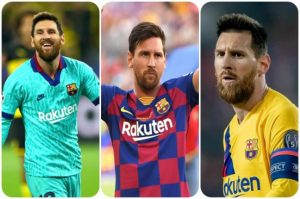 ​
44 goals from 49 games: Kylian Mbappé (Paris Saint-Germain & France)
The France international finished second behind Messi in last season's list and is hitting his stride again after an injury-hit start to the campaign. 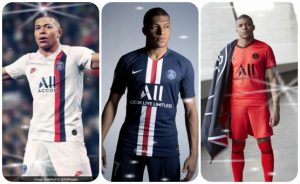 41 goals from 61 games: Raheem Sterling (Manchester City & England)
Sterling has continued his impressive form for the Citizens this season as they look to defend their Premier League title for the third consecutive season. 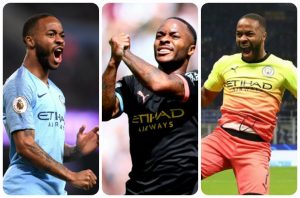 39 goals from 50 games: Cristiano Ronaldo (Juventus & Portugal)
The four-time Golden Shoe winner did not start the season in his usual electric form but is again proving a thorn in Serie A defenses. 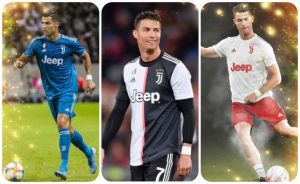 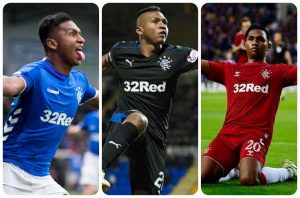 36 goals from 46 games: Andraž Šporar (Slovan Bratislava & Slovenia)
35 goals from 45 games: Erik Sorga (Flora & Estonia)
35 goals from 49 games: Sergio Agüero (Manchester City & Argentina)
The Manchester City striker is currently the top scorer in the Premier League, having scored in every game this season. Aguero is a proven scorer by all standards and this might just be the season where he finally wins the European Golden Shoe. 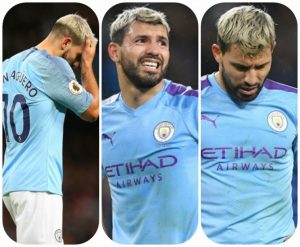 35 goals from 50 games: Karim Benzema (Real Madrid)
Having struggled for form over the course of recent years, Karim Benzema has rediscovered his striker's instinct and is back to his devastatingly clinical self. 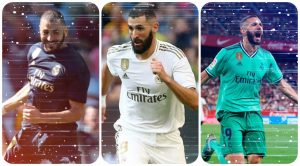 34 goals from 45 games: Harry Kane (Tottenham Hotspur & England)
Spurs forward Harry Kane has seen injuries cost him in the race for the Premier League's Golden Boot in recent years, but the England international remains one of the games great goalscorers. 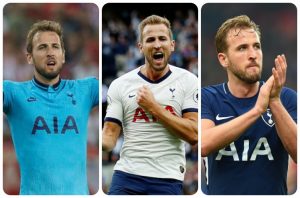 34 goals from 61 games: Sadio Mane (Liverpool & Senegal)
Senegal forward has been having an impressive season for the Reds once again as his side continue their status as Premier League frontrunners. 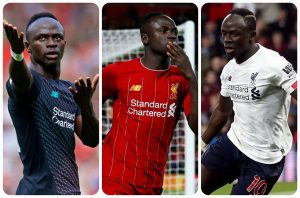 31 goals from 47 games: Timo Werner (Leipzig & Germany)
The German forward was a target of some of Europe’s elite clubs but decided to stay at RB Leipzig and he is proving his worth.
He is also just a goal short of moving to the top of the European Golden Shoe race.
The young striker could make himself a real contender. 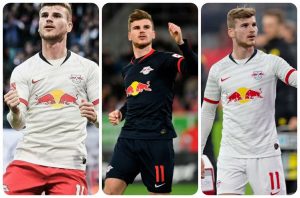