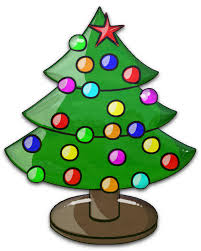 Prologue (Don't need to read - just a bit of backstory!)

'KNOCK KNOCK'. I knock on the red door in front of me 2 times before my Uni flatmate, Tom, opens the door. 'Chris! Beginning to think you weren't making it! Come on in!' I enter his flat, which is covered with Christmas decorations, prepared for Christmas tomorrow, and a lot of empty beer bottles. 'Want a beer?' Tom asks me, I nod my head as he chucks me a bottle. 'What's going on here?' I ask watching my 2 other friends Ben and Nick playing Football Manager on their laptop. 'We're playing as Manchester United, it's the Champions League final and we're 2-0 down to Real Madrid with 10 minutes left..' I used to play a bit of FM in my younger years so I offer to help them out with my tactical genius, I assure them I'll win them the match before sitting down in front of the laptop and making 2 subs and tinkering with the tactic. 10 minutes later Man United have won the Champions League 4-2. I swing back on the chair saying, 'I'm a genius, this Football Manager thing is easy!' Tom begins to bring me back down to the ground calling it luck and it would be impossible for it to happen in real life. I admit defeat and get drunk for the next 2 hours. Although as the drinking is coming to an end I bring up the managerial career being easy as I watch Match of the Day. 'If it's so easy why don't you manager a team yourself!' Ben challenges me. And I, being rather drunk accept the challenge. I boot up my own laptop, write a letter of resignation to my boss and join the 7.2% unemployment rate in England. This might be a bad idea...


-Start unemployed with no coaching badges and only Sunday League past playing experience.
-Work my up the managerial ladder until I get to win the Champions League with Manchester United
-Become the best world known manager in the world
-Try not to get fired

How Hard Can It Be?

Next Part: Finding a Job