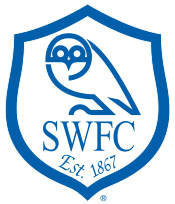 They are in their second season in League One following a disastrous relegation from the Championship which crippled the club financially. Sheffield Wednesday were in 16th place when they were given a winding up order and Milan Mandaric bought the club and saved them. They finished in 16th which was way below expectations and many neutrals have backed them for a high finish this campaign due to a good solid financial foundation. I personally believe that Mr.Hough rolls back the years is the best tactic for the team in League One. The flat front three work well together and the holding midfielder helps out the defence really well. I would start Bywater in goal as i believe he is better than Weaver and has a few years left compared to Weaver. Jameson is pants and i would try and sell him straight away. O'Donnell is decent and is still young so i would loan him out or get one of the two other keepers to tutor him and keep him as back up.

If you are not comfortable with the keepers i suggest Dida is a good option to buy as he has bag loads of experience and Semedo speaks the same language so can help him settle in nicely.

Out of these defenders i would play (from right to left) Buxton - Batth - Beevers - Johnson - as i feel these are the more capable defence available. Otsemobor and D.Jones should be sold/loaned as they wont get a look in at all and are pretty poor. Rob Jones starts as your captain but is really slow and i would keep him as back up.

I feel you need a little bit of experience at the back and Mario Melchiot, if he joins, gives you that. Another option (fairly cheap too!) is Glen Loovens for just above £100,000 he is a solid defender who will chip in with a few goals too.

If you use the tactic i use above you don't need your wingers so can look to sell Johnson, Sedgewick and Jones. As your midfield three i would use Semedo, Bostock and Prutton as this is a mixture of youth and experience which works well.

However, if you sell up, you will need replacements as your midfield is pretty short on numbers to start with, someone like Haris Vuckic should be a good signing. Also fish around the free transfers for some good free agents who may be willing to join the club.

You are pretty short in terms of strikers and none of the have lots of pace. In your front three i would use O'Grady, Madine and a fast striker (Sokouna) as it gives you speed, strength, power and three great strikers.

I would sell Lowe and Morrison and look to bring in a loan striker along side Ahmed Sokouna as Lowe and Morrsion are old and you will be short on numbers. Francois Zoko would be the best option IMO as he has a release clause of just £100,000! You will face tough competition though from Championship clubs.

Key Players before any signings

Stephen Bywater - A decent keeper with good reflexes. He has good attributes for League One and is a good foil for O'Donnell to look up to.

Danny Batth - Very good young solid CB. He wins lots in the air and scores from corners. His tackling is also very good and at the end of the season i would sign him permanently if you can.

Jose Semedo - Charlton's player of the season last year was picked up by former manager Gary Megson for a free transfer. The hard working Portuguese midfielder is a good defensive midfielder who runs for everything and never stops, and he used to be part of Sporting Lisbon's academy.

Gary Madine - The 20 year old has a massive future ahead of him in the game. He is a big ariel threat and he is pretty decent on the ground too. The fans in real life call him the 'Goal Machine' and in Football Manager he can be just that or useless from previous experiences. I'd take the gamble on him becoming great though, you can sell up if you like at the end of the season if he doesn't perform although i'd suggest loaning him out. I understand not many people may want to be this team but for people who are looking for a good lower league game then these are a very good team to be.

Also, anything i am missing please say so. Constructive criticism will be welcomed.​
Last edited: May 4, 2012
B