Apple has launched the second generation of its iPad tablet computer at an event in San Francisco.
The company said the machine featured a faster processor, improved graphics, and front and rear cameras.
Apple leads the industry in sales of tablet devices, but has recently begun to lose share to rivals such as HP and Samsung.
The event was hosted by Apple chief executive Steve Jobs, who has been on medical leave since January.
It had been widely speculated that he would not appear owing to his ill health.
Mr Jobs was diagnosed with pancreatic cancer in 2004.
Speaking on stage, he said: "We have been working on this product for a while and I just didn't want to miss today." 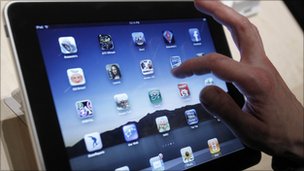 
Declining share Up until September 2010, Apple iPads accounted for 95% of tablet computer sales, according to research firm Strategy Analytics.
By the end of 2010, that figure had fallen to 75%, said Strategy Analytics.
The loss of share was down to the arrival of scores of new tablet devices, mainly based on Google's open-source Android system.
Other platforms have also begun to appear, including Microsoft's Windows 7 and HP's WebOS.
Ovum analyst Adam Leach predicted a two-horse race in the tablet market over the coming year.
"The platform dominance of Apple and Google will continue through 2011 and beyond," said Mr Leach.
"However, devices based on Google's platforms will only overtake those based on Apple's platform by 2015, when we forecast 36% and 35% market shares respectively," he added.
Faster processor Apple has billed the iPad 2 as slimmer, lighter and faster than its predecessor.
The new device features the company's latest dual core A5 processor, which, it is claimed, delivers twice the processing power of the original iPad.
iPad 2 will go on sale in the US on 11 March, followed by 26 other countries, including the UK, on 25 March. 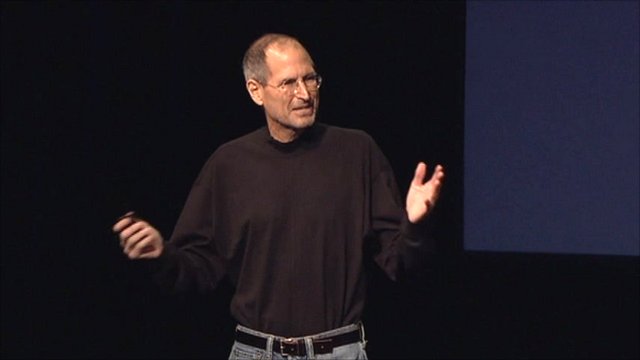 In the United States, pricing will remain the same as for the first iPad, between $499 (£305) and $826 (£505). Other countries are also expected to retain their original pricing models.
CCS Insight analyst, Ben Wood, said that alone would worry other tablet manufacturers: "All of those guys are struggling to even match the iPad pricing, and if you are going to win in the tablet market and you are not Apple, you need to price against it."
Interface issues Along with the updated hardware, Apple unveiled several new applications for the iPad 2, including the video editing package iMovie and music making programme, Garage Band.
However, according to James Holland, editor of Electricpig.co.uk, the company still has some way to go in refining the iPad's software. 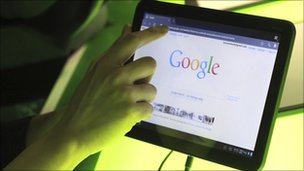 Google's Android operating system represents the biggest threat to Apple's dominance.
"Where Android is still ahead is they have nailed a few of the interface issues, like notifications - when the iPad wants to tell you something it takes up the whole screen and you have to dismiss that to continue working," he said.
"Apple needs to up its game because it is positioning the iPad as a post PC device.
"At the moment it is slightly backwards in that it makes you do one thing at a time," said Mr Holland.

Looks pretty funky like. Would dread to think how much it would cost though
S

ajt09 said:
Looks pretty funky like. Would dread to think how much it would cost though
Click to expand...

*Sigh* Pointless, pointless thing. It's just like with iPod's 'OMG I must have the new ipod which has the same features as my one right now, BUT THIS ONE'S PINK'
L

Whats the point if they bring out an updated version a year later, typical Apple. Rather buy a competitor than a quickly bashed out upgrade
J

No idea why anyone would pay that huge some of money for one. It really has no place to be used tbh.
F

Better graphics, front and rear cameras!?! I'M DEFINITELY GOING TO BUY THIS!11!11
B

No point in getting this if you already have an Iphone and laptop.
N

What a bargain.
O

sweet, just what i've been waiting for.
G 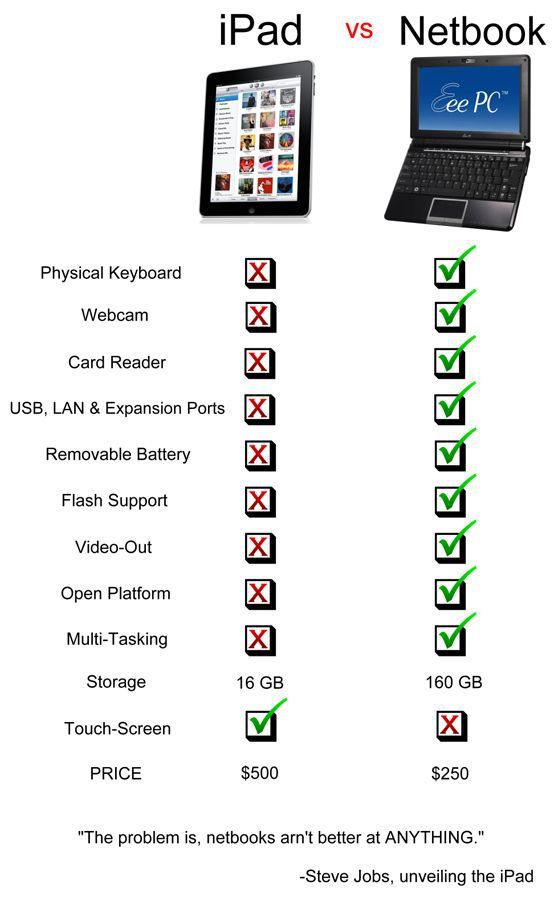 ^ The reasons I wouldn't get one.
L

^ The reasons I wouldn't get one.
Click to expand...