"It is better to fail with your own, than follow another man's vision".

I had always been obsessed with football. With an ever promising youth career at my local lower league side progressing gradually, things looked bright for my future in football. Through my humble beginnings, impressing as a goalkeeper in open Summer trials held by a lower league semi-professional side, I was embraced into the team by all. Within one season I had been transformed into a regista of sorts, with my coaches applauding my vision and positional awareness at such a young age. Remarkable ability to read the game only got me so far though, a slip on ice during the harsh winter season was at first just a minor knock which prevented me from training for a couple weeks - but when my father noticed my running pattern was disjointed and out of the ordinary I realised it may be something more. A slipped capital femoral epiphysis - the words meant nothing to me, but the doctor described the current situation in my hip-joint to an ice-cream falling off a cone and slipping down the side. I was devastated, it would mean at least 8 months of football would be missed, and I was afraid I would never even get the chance to play again. I didn't. With my leg unable to take any pressure for over half a year, the muscle deteriorated rapidly and when I was able to walk again, it felt no where near what it did before. So, that was it. My footballing days were over as quick as they began, my love for the game wasn't lost though, but my spirit was shot.


My job as ballboy on first-team matchdays was still there for me even if my position in the youth side was gone. When the manager came in looking for someone to take over videotaping the games for tactical analysis, I was first to volunteer - and so it became my job. I would video, edit and personally deliver each games highlights to the manager. Eventually, I gathered up the courage to one day present a tactical report I had drawn up alongside the DVD of the match, I'm still unsure whether it was the tactical report itself or simply my courageous approach that impressed the manager, but he asked me to continue writing these up from then on, and even got as far as asking me to give up my role in taping the games to sit alongside him on the bench in order to gain better appreciation and understanding of each game. It was funny, in a mere couple of years I had went from starting in the youth side each week, to sitting alongside the first-team manager as a protege of sorts. It could have went worse. 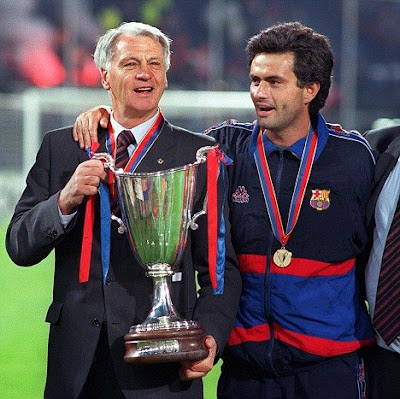 ​
Alas, this couldn’t go on forever. The manager who I had grown close to over my couple of years departed seeking more challenge and with university calling – I couldn’t go with him. I was in a good place though, I had developed somewhat of a reputation as a boy genius at the club over the years and met some very good people. This would be beneficial if my plan was to come through in the end. So, I departed to begin University – coinciding this course with completing my coaching badges. In my first year I was fast-tracked to the SFA Level 2 club coach program given my relevant experience already. I was amongst people who were almost double my age, but this didn’t faze me. I had been brought up being told I had the ability to be something, and I was motivated to make this come true.

Having graduated university after four years, I was now a qualified sports psychologist. Not only though, was I this – but I was merely weeks away from sitting my test to decide whether or not I would become a UEFA A licensed coach. I passed. Where to go now though, gaining this license had effectively given me a passport to coach at any club throughout Europe, but more importantly I was now only one step away from my UEFA Pro License. And that was a fact that excited me. There was only one place to go though, back to my roots. The Scottish First Division is hardly an illustrious league, but it was where my heart lay, it was home. I was appointed as a ‘performance and conditioning consultant’, and that was fine. It gave me direct contact with the players, as well as keeping me involved with performances and tactics. My first season heralded little success, an eighth place finish and a quarter-final run in the cup was above-average for this side, sure, but I wanted more. In my second season, I was promoted to the role of assistant manager – a remarkably quick rise considering my young age, and the fact I held little previous footballing experience. I connected with the players though, and this was key to what happened in the following season. We took home the league title and reached the final of the domestic cup, it was unheard of for our side, remarkable. A 3-2 defeat in the final to the Scottish Premier League Champions was nothing to be disappointed with, the players fought with the belief, conviction, determination and grit that we had fought to instil in them all season. After this though, the hunger to move up hit me. And I couldn’t stay. I left to begin my UEFA pro license course, the elusive post of head coach was calling me. And I couldn’t resist.

As I considered my options lower tiers of Scottish football, I knew it was going to be a challenge, but it was one I would accomplish. As Johan Cruyff once said “It’s better to fail with your own than follow another man’s vision”, and this would quote in its entirety reflected my style of management. I was appointed as head coach at the beginning of the 2008 at a non-league side and within 4 years we had won a plethora of trophies - playing a style of football most Scottish football fans were oblivious to, we gained plaudits left, right and centre. This didn’t go unnoticed, and when I was approached to continue with my contract – I refused. I knew with my mix of sources within the professional game and my knewly discovered reputation for impressive football, that I could climb into professional football soon enough.

Now I realise you may be reading this, and perhaps believe it is arrogant to leave a club where I had continuous success, but believe me when I say I am destined for more. My name is James Leveratto, and I can assure you – I’m going to have an impact on the football world.​
Last edited: Apr 10, 2013
F

Hailing from Naples, I had never really gained an appreciation of the traditional Scottish way of playing the game. My Father had ensured I was always more concerned with the Scudetto than the Scottish Premier League, and in a way I was grateful. I was brought up hearing of the exploits of the Italian World Cup winnings side of 1982 and this close Italian influence had mixed well with my Scottish upbringing and allowed me to create my own unique style of football; but I had to put it out on a bigger stage. Finding a club who were willing to back me entirely, and in turn give me complete power over the squad was going to be a long and arduous process, but one I was more than up for. I spent my days making phone calls and sending off e-mails with little to no hope of success, I was biding my time. I read newspapers everyday in which managers were being criticised and rumours of their iminent sacking were not far away.

"Ally Mccoist has quit Rangers: 'The club is a shambles'". This sounded like my sort of gig. Rangers had recently been relegated down to the fourth tier of Scottish football, and were in dire need of someone to lead them out of the depths of despair in which they were currently lingering. Ally Mccoist had simply given up on them, with the mixture of squad disarray and Chairman Charles Green's outlandish quotes being spread around the media; the former Rangers striker had left his post. I was optimistic of getting the job, but not certain. It would require a fair few favours from former associates of mine, and perhaps, just a bit of luck. 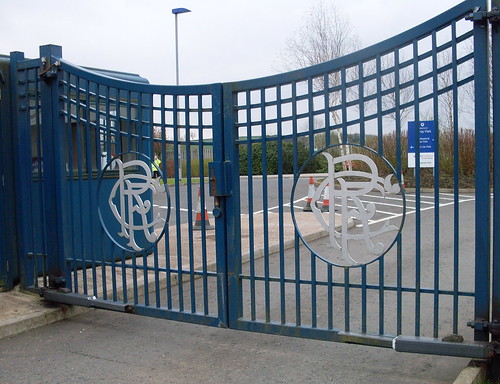 It felt a little childish. For each of the following few days I jumped at every ring of the phone or notification of an e-mail. That was until the phone call came, and 15 minutes later I had my interview. I would travel to Auchenhowie, to Murray Park, to meet with Rangers representatives in order to thrash out a potential deal. It was surreal. I knew what I had to do. I'd already prepared my 100 page dossier which forensically detailed how I would implement both my style, and culture upon Rangers Football Club. This dossier had been a decade in the making, I had met with the likes of Marcelo Bielsa, Louis van Gaal, Bruno Demichellis of the MilanLab; and this had all came together to create my personal way of playing football. And it was with this document that I secured my first post as manager.
You must log in or register to reply here.
Share:
Facebook Twitter Reddit Pinterest Tumblr WhatsApp Email Link