Chapter 1
It was a normal sunny day in Plymouth birds out, kids getting ready for school unfortunatly I had to get my work clothes on, I've always hated going to work especially getting up, I work as a carpetner it's a dull job but at end of the day it's a job.
A massive part in my life is football, doubt I'd live without it although my team may not be good I'll stay loyal no matter what anyway off to work I go
8 hours later
WOW! what a tiring day wonder if there is any transfer news going on as I get onto the forum messageboard I look at the amount of members are online 800?!! Somethings must've happend I go into the discussion board to see whats happend and to my own suprise the first thread I see is "Peter Reid walks out" WHAT??!!! this isn't good I look at some of the posts mainly it's suggesting he walked because of the transfer budget but surely he would've been aware of that before he came here! I go to bed thinking who will replace Reid, I've always wanted to manage my beloved club all my life will I get the job if I applied? Naaa don't be silly the board will never consider me in a million years but I hate my job I have at the moment is it worth it? My head tells me I shouldn't do it but my heart says I should I've only managed a under 12 team before which was S**t but managing Argyle would mean everything I've decided Im gonna apply for the managerial post!
(this is my first story so please go gentle if it's not very good)
​
---------- Post added at 12:02 AM ---------- Previous post was yesterday at 03:20 AM ----------


Chapter 2
I walk into the entrance at Plymouth Argyle my nerves were getting to me a little but I thought to myself "I can do this." If I didn't achieve this then it's back to carpetentry and that would be awful anyway, I walked upto the desk and said to the women "My names Stephen Clough and I'm here to apply for the managerial post" she led me to my seat as I waited to get called in by the chairman Sir Roy Gardner.....10 miunets has passed still no announcement but to my own suprise I saw a familiar old face walking out the chairmans office I thought to myself can it be? It was Ian Holloway how the **** can he get the job?! After what he did and the fact he's now in the premier league with Blackpool well I'll have to see eventually I get called into the office I took a seat opposite Roy Gardner I told him my past and my job and what I want to achieve for this club he looked quite pleased with what I had been telling him.He told me to wait outside.
As I got back out the office I took a seat after 20 miunets I got called back in my nerves were really getting to me now I've never felt so anxious in my life as there was a moment of silence but then Roy Gardner said these words "Congratulations you are the new manager of Plymouth Argyle FC" I couldn't beleive it I was so happy I've finally got the chance to do what I've always wanted be the manager of my beloved club! 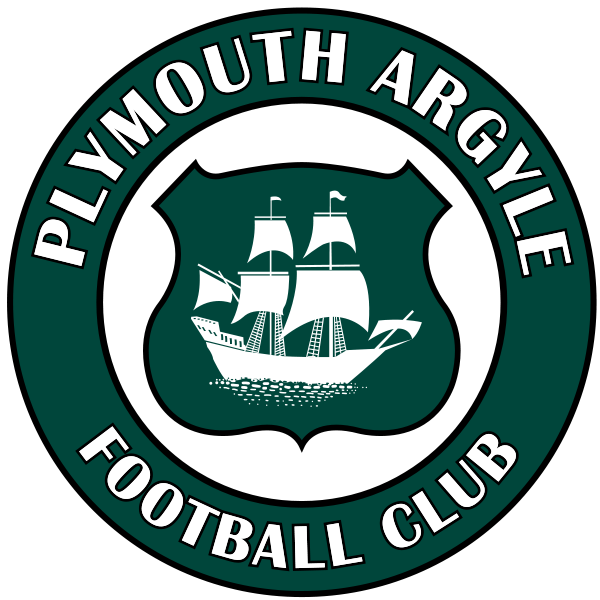 infact i'll fit one in now!
A

First Day At Work.
As I pull into the training ground for my first day at training I see all the players all lined up waiting to enter the training ground as I get the keys I pass a few fans wishing me luck and asking for a photo and a autograph etc, I open up the training ground gate and we enter and my god they need improving hopefully I'll have a succesfull negotiation with the board on this one! But back to business as I watch the players train I could see loads of potential, Craig Noone, Joe Mason, Yannick Bolasie and even 16 year old Jack Stephens what lads as I watched last seasons rubbish I'm considering putting a number of players on the transfer list and to reduce the wage bill, after training I met up with defender Marcel Seip saying he demands a move away well I was quite shocked seeing as it's first day back at training and already wants a move away! But if he feels he has no future here then that's his decision.

As I get home I look at pasoti (fans forum) and my god they aint happy about the appointment hopefully I'll prove them wrong! But theres alot of work to do before we can think of promotion but when you have that belief and passion for the club you love who knows where we can end up?
(Next update will be pre-season)
​
S

argyle start with some good players, i found it hard to get them to playoffs first season and in the second season my board(who had been taken over by kagami) slashed my wage budget by around 20k so i only had around 40k, i had to sell most of my players kept a few like joe mason and some youth prospects stephens and richards turn out fairly good im currently taking a break in my 6th season as im stuck in the champ only just making a profit and cant buy the players that would help me move up and dispite being in play offs or the top half for all of the season my gates are still around 8000k which isnt enough to make a profit

i hope your game goes better then mine has so far good luck ill try to follow, and being an argyle season ticket holder would be nice to hear argyle doing well even if its not reality
P

First game of the season, well very dissapointing misjoint passes, stupid decision making end of the day Swindon were too good for us improvement is needed if we're to stand any chance this season very dissapointed hopefully we will get things straight on the training ground and bounce back against Southampton and Shrewsbury.
​
P