First of all, this is not my tactic. I am simply making a thread for it, with all the information I can translate in here. It is a tactic from the site FM Korea. The creator is "F A L C A O", who also has the highest rated tactic on that site. That tacitc was similar, a 4-3-1-2 which was made for the 13.2.1 patch. The results he has posted are very impressive. His inspiration for the tactic was a narrow diamond which Carlo Ancelotti used in a Le Classique, a 2-2 draw.

​
Your Standard goalkeeper. The best your club can afford. Due to the lack of wingers protecting the flank, it would be advisable to have a goal keeper who is strong in the air.

​
Typical attributes for your full backs here. Acceleration, pace, stamina, natural fitness, work rate, positioning, off the ball, decisions, concentration, tackling, marking, passing, dribbling & crossing. Player preferred moves I'd recommend are runs with the ball down the left/right. Wouldn't have both full backs with gets forward whenever possible as this could leave you a bit light at the back.

​
Again, look for your standard centre backs - concentration, decisions, positioning, tackling, marking etc.The defensive line isn't too high, but I'd still want to have a bit of pace about them. Strandberg would be a great signing.

​
Not a typical defensive midfielder. Think Pirlo, sitting deep with two players infront of him protecting him. He's given high creative freedom, so he can play the passes he wants. He can't be totally defensively inapt though. You could use Verratti and Benat as a reference point. PPM's to look out for are tries killer balls often & comes deep to get ball.

​
Two ball winners with a high work rate. These players will pull out wide when defending to protect the flanks, and will protect the DMC and AMC when in possession. Still though, as they roam the centre of the pitch, they should have decent passing. Players like Fellaini, Nainggolan & Sandro. PPM's to avoid are shoot from distance, and runs with the ball often.

​
The ability to create and score is vital for the AMC. Think of your typical players who can play in the AMC position. Finishing, dribbling, first touch, passing, technique, creativity, off the ball, agility. PPM's are tries killer balls often.

​
While there is not a lot of difference in the setting sbetween the strikers, the right one has hold up ball ticked and won't run as often with the ball while the left will run a bit more often with the ball and has roaming ticked. So logically, you'd play a stronger striker on the right, and a player who is a bit quicker and better at running the the defenders on the left. Damiao, Ferreyra and Lewandowski would be good for the right striker. Since there are 3 players through the middle attacking, PPM's like plays one-twos would be useful.

Other Information
​
- Opposition instructions: None
- Training: If your team isn't gelled, team cohesion. To find out how well your team is gelled, go onto your assistant managers profile. Then click reports > team talk feedback. it is then under what your assistant thinks about the morale. "Your assistant managers name believes our current players would be willing to die for each other" is the pinnacle. If your team is pretty well gelled, use what you see fit.
- Match Preperation: Very high, tactics only until all the tactic familiarity levels are fluid. After that, use what you want. Team work will help the team gel quicker, so if you've signed a lot of players, use this as well as team cohesion to get them to gel quicker.
- Team Talks: Use what you see fit. There are plenty of good guides around.
- Target Man & Playmaker: Both these boxes are ticked, but I'm not totally sure who they are supposed to be. I'd guess the play maker is either the DMC or the AMC, and the TM is the right striker.

Results
​
These are the results from the original creator. If anybody uses this tactic and uploads screenshots I'll put them up here.

What result's have you had with this SS
C

jasonbhoys said:
What result's have you had with this SS
Click to expand...

Can't say that I've tried it. nSickboy has though. 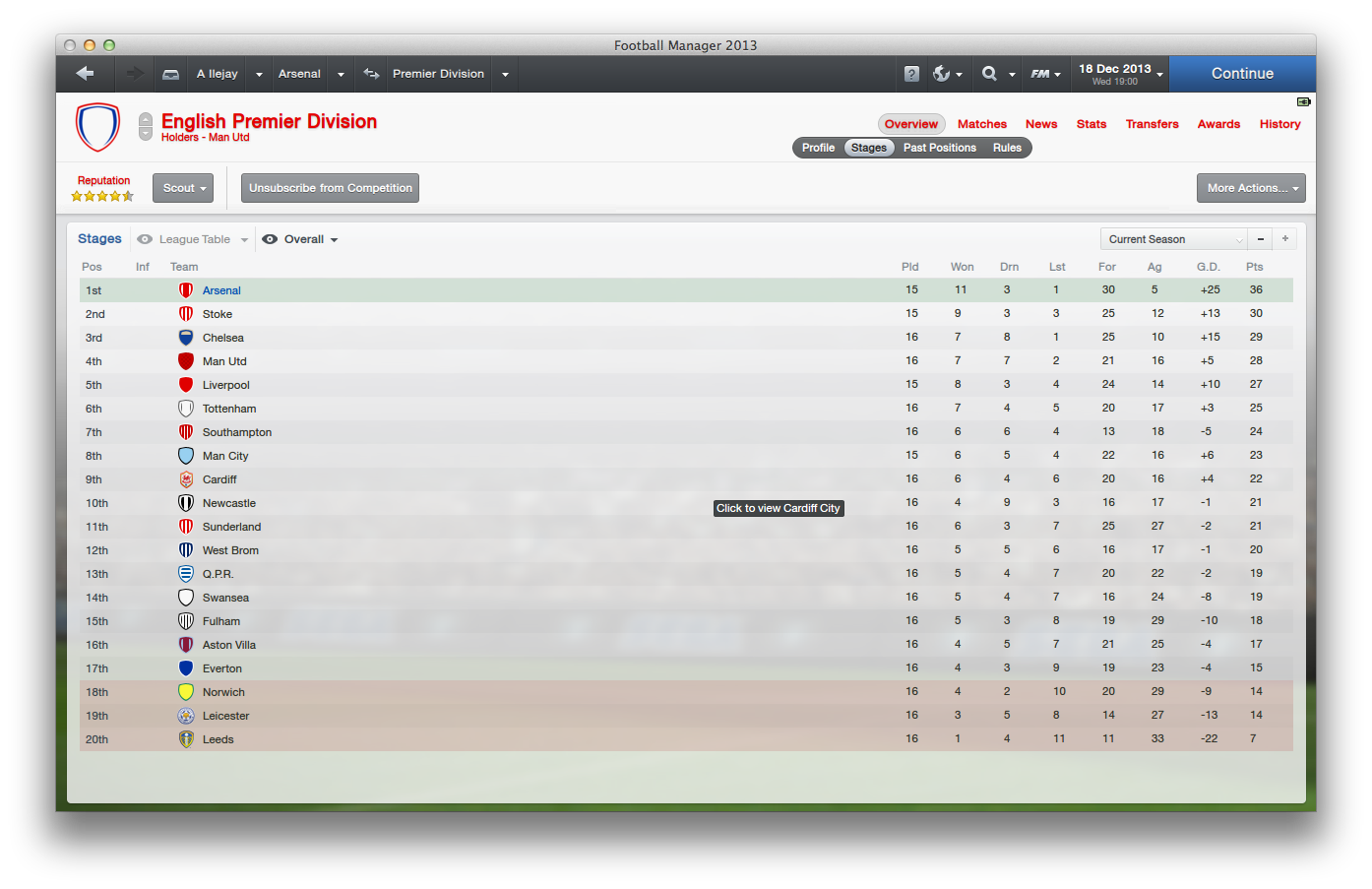 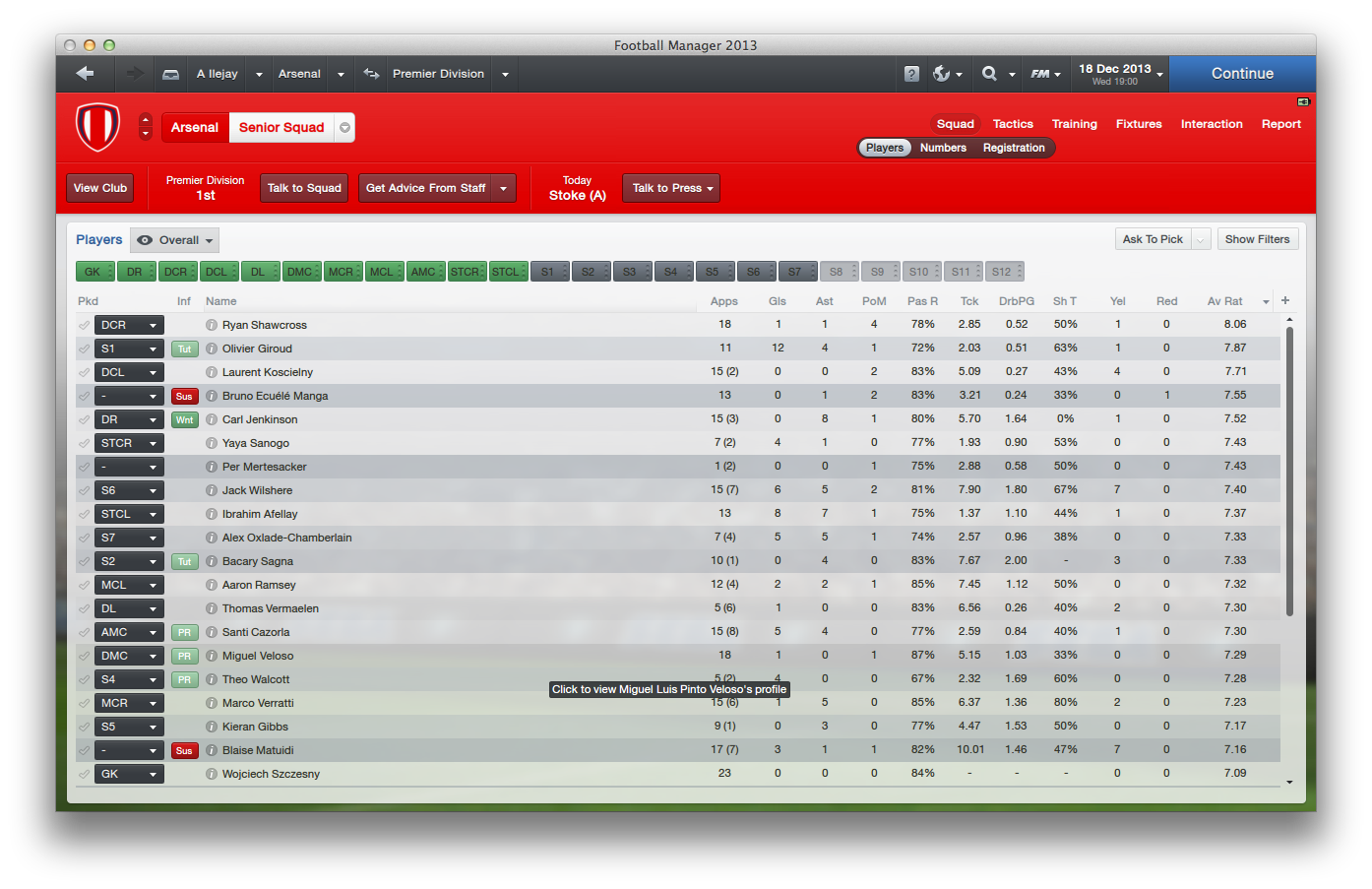 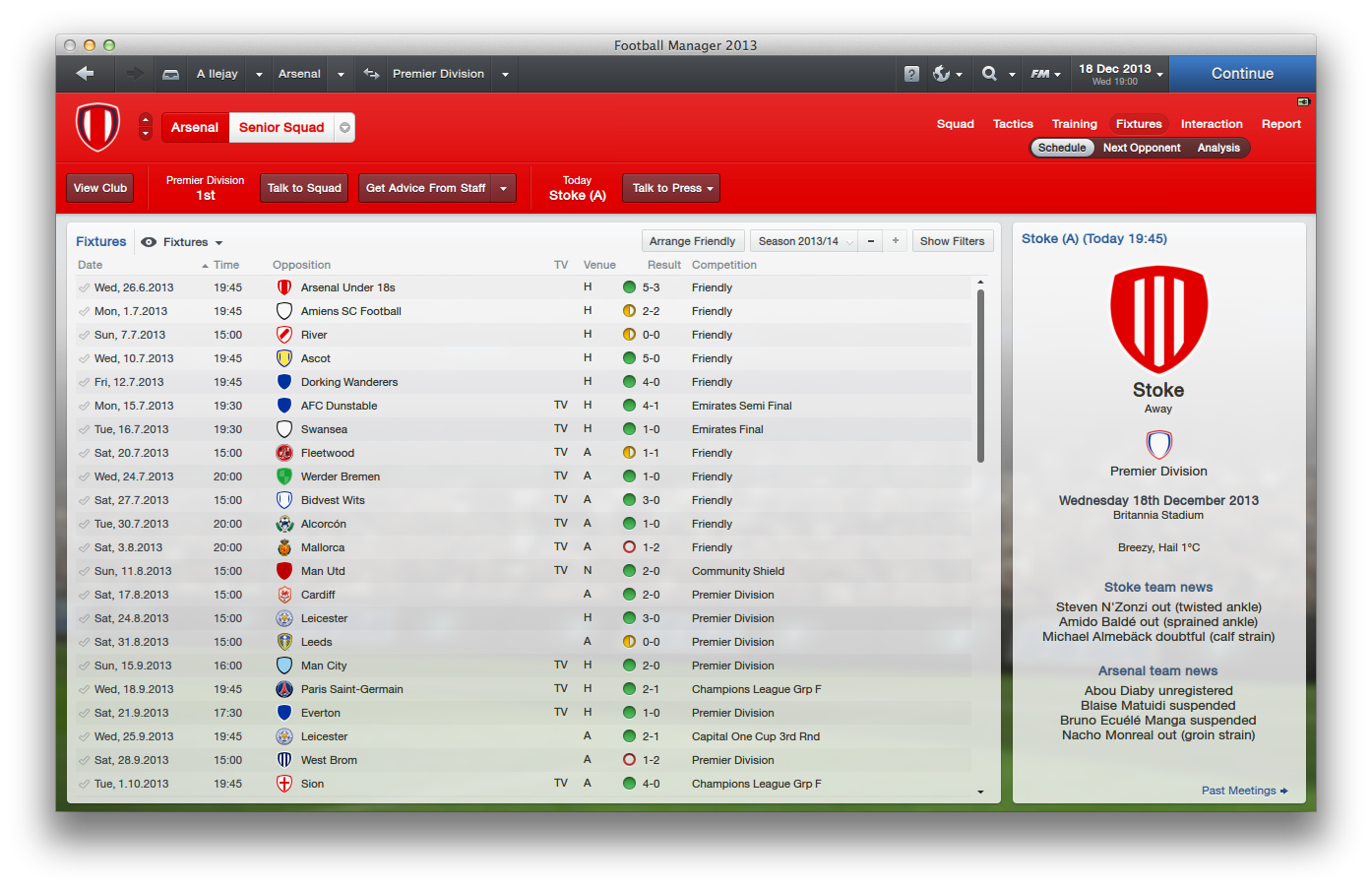 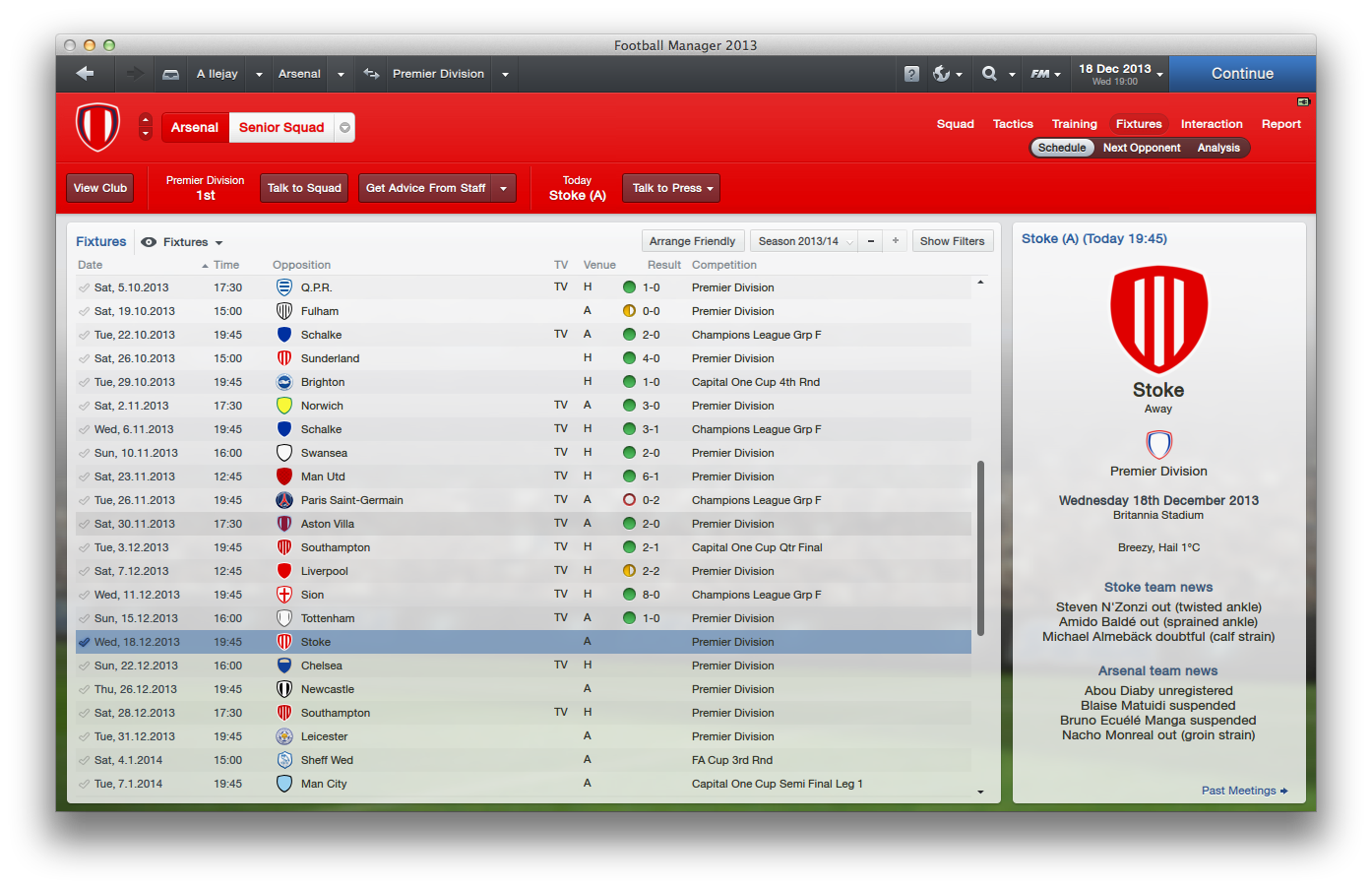 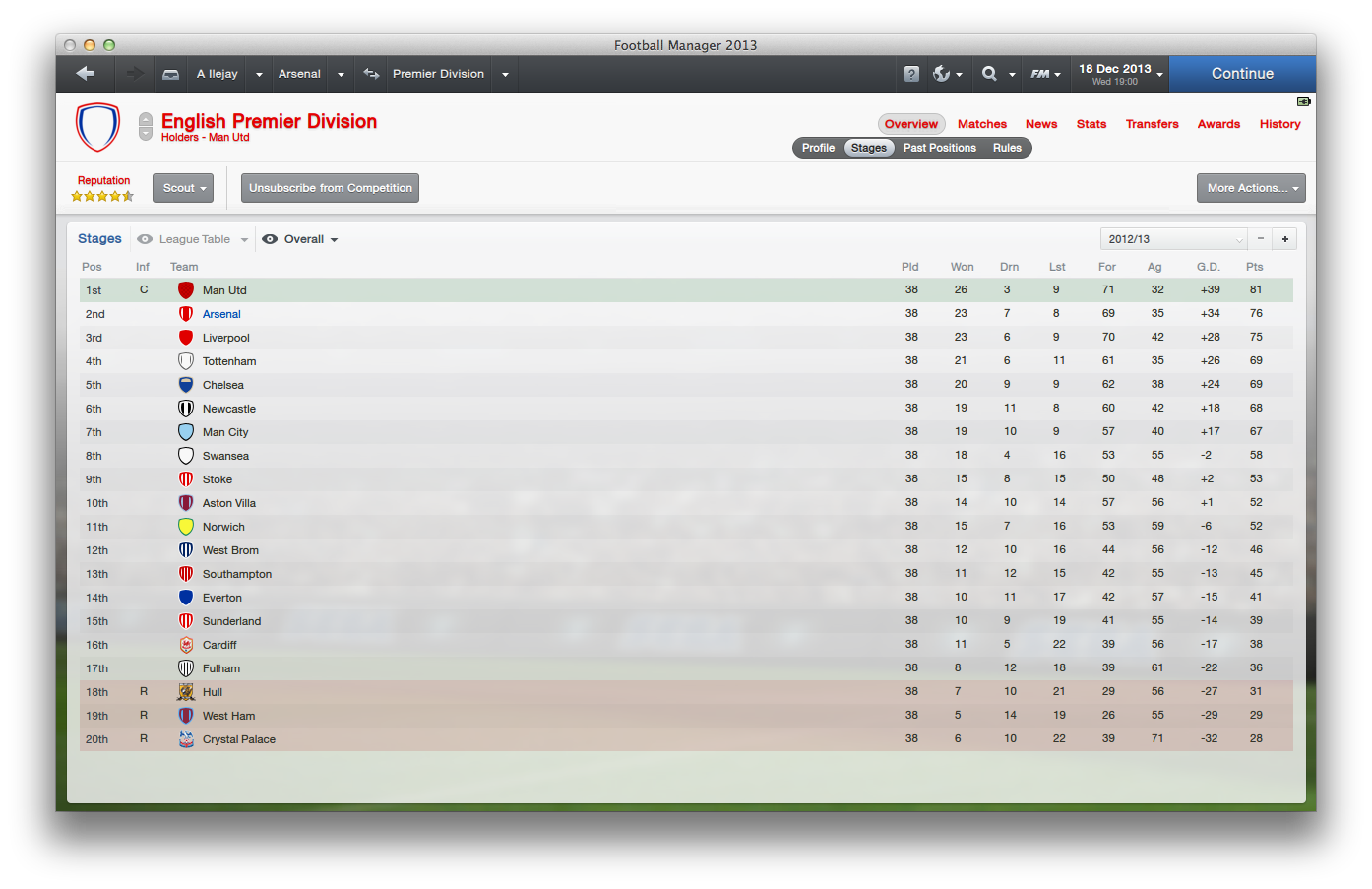 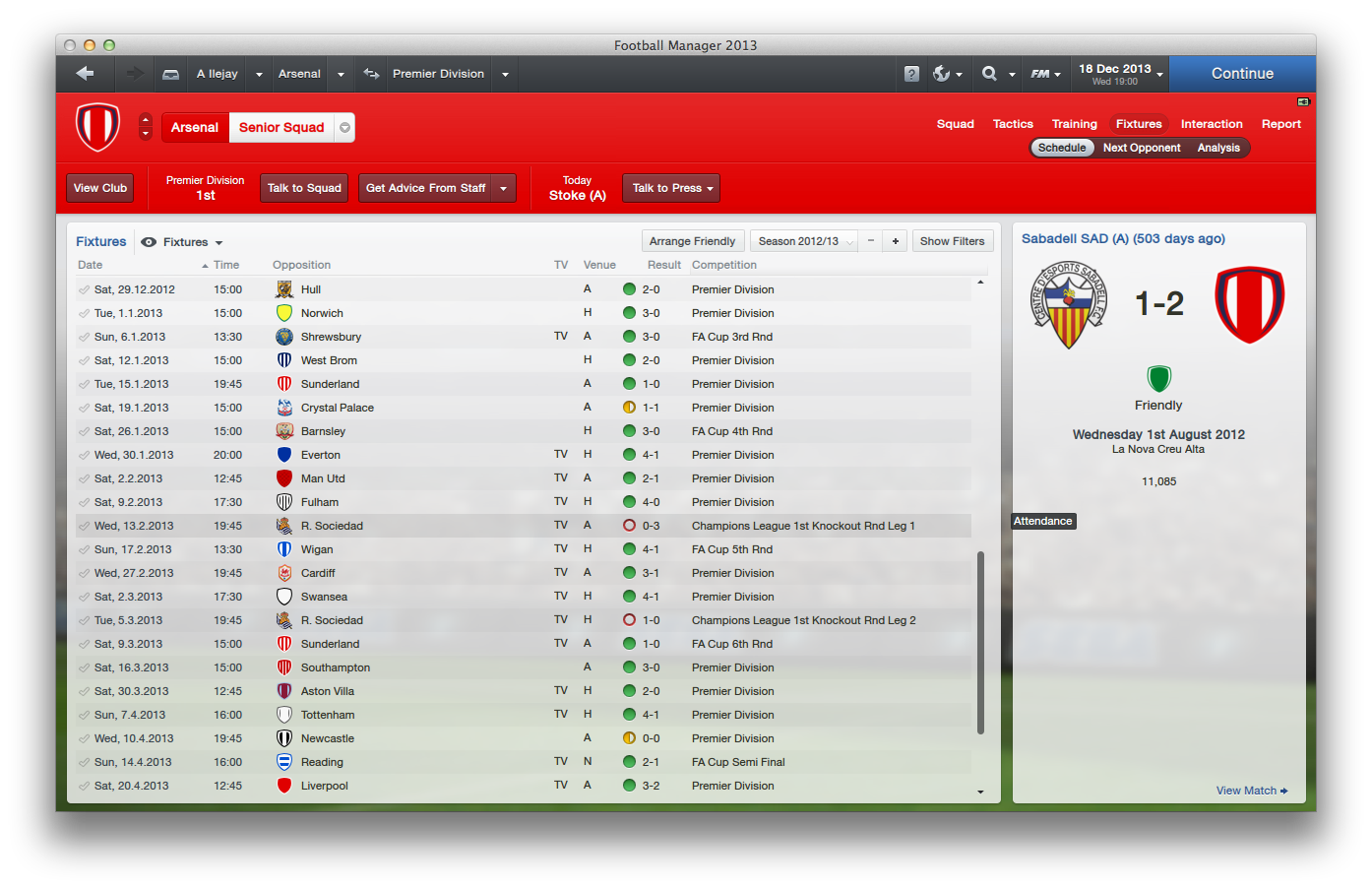 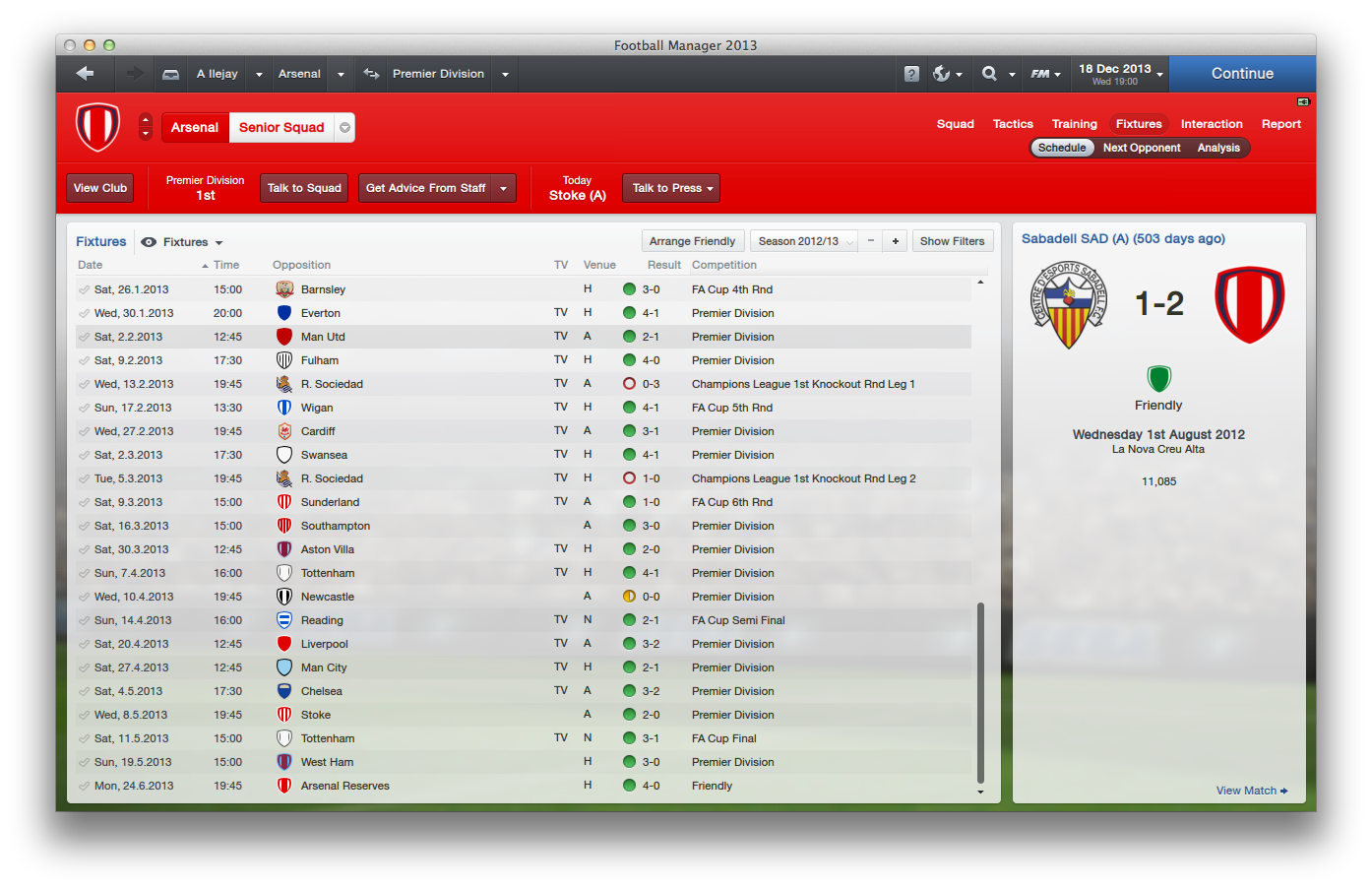 is it better to use the smallest size pitch since the tactic is narrow?
C

Probably. Wouldn't imagine it'd have that much of a influence though.
D

@nSickboy - Who did you choose for playmaker and targetman?
G

Goals for and against? Doesn't seem to be a big scorer (around 2 a game on average) but seems to be very tight defensively.
G

Averaging 2.8 goals... The right sided striker scores loads no one else really does. Average concede is 0.7 but its started to leak more than when first used
N

diabolicpanda said:
@nSickboy - Who did you choose for playmaker and targetman?
Click to expand...