Tried with Chelsea few games and can say that im outplayed almost all my games with only 1 win in 7 games
]
Last edited: Dec 1, 2019
A

I don't really post about tactics I have tested but this one was a strange one. Team I test tactics with is Doncaster Rovers in League One - media prediction is lower table ish (i.e. 15-19th) and leave transfers to a DoF. 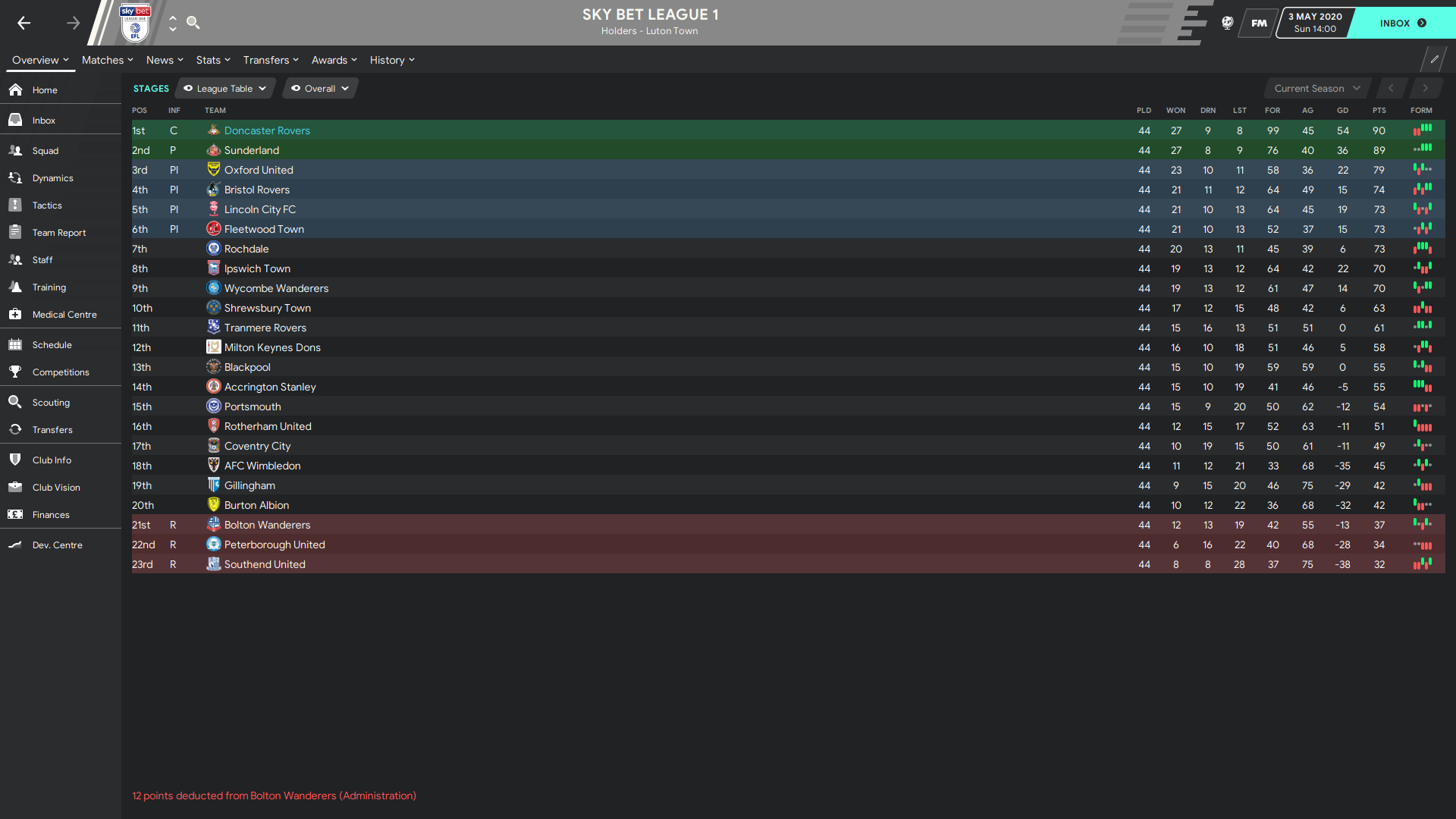 Now onto the extremely ridiculous part of this tactic: 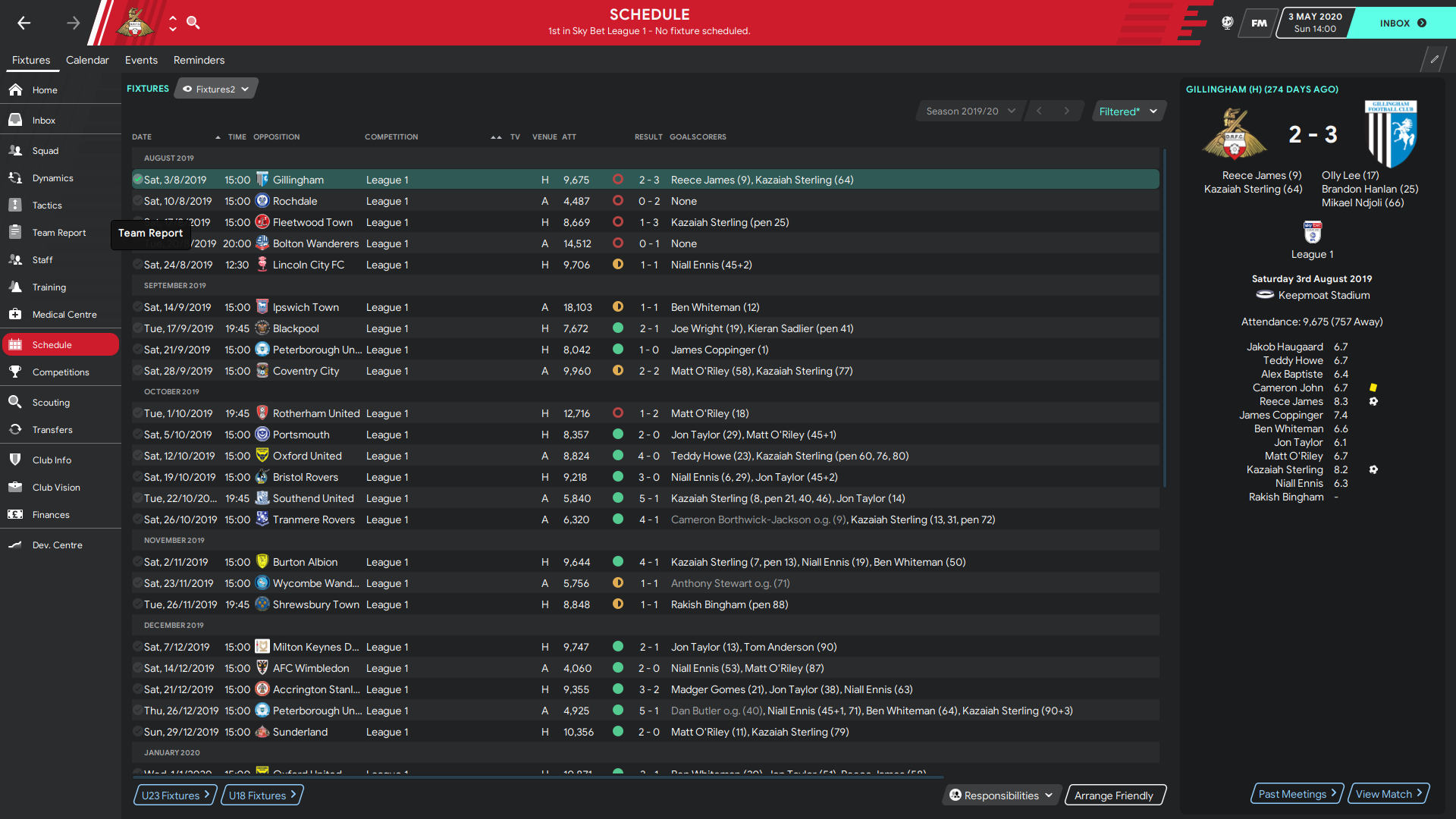 As you can see, first six games was 0W-2D-4L, from then onwards I went 27W-7D-4L which seems pretty respectable and scored quite a few goals (94 goals in those 38 games). Not sure what suddenly ticked but maybe Team Cohesion. Included in that run, I actually got the 30 game unbeaten achievement from Steam. 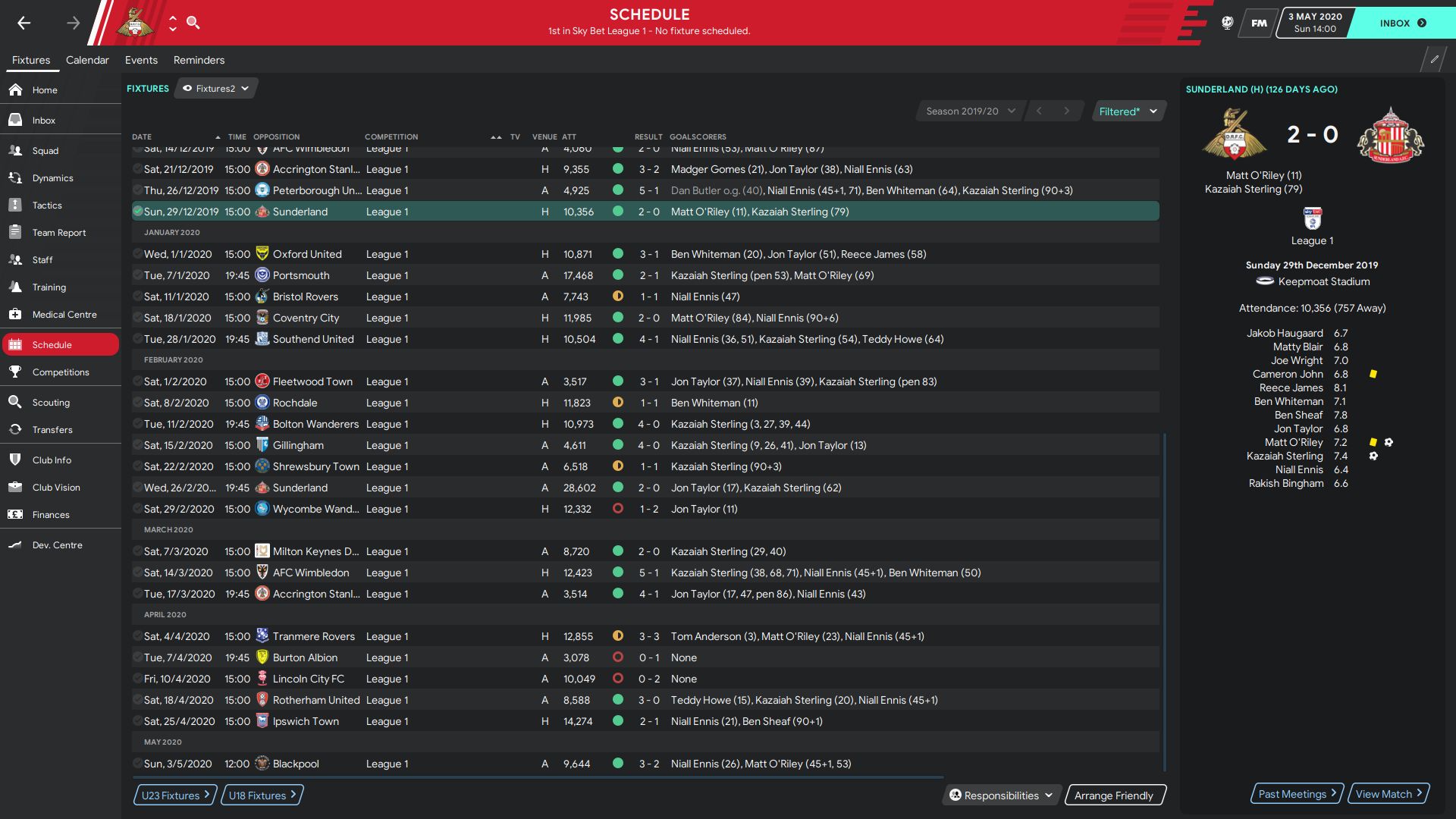 Finally, I won the EFL Trophy, beating MK Dons 5-1 in the final. Lost in the 3rd round of the League Cup (lost 3-0 to Crystal Palace but beat Aston Villa 2-1 in the previous round). Lost in the FA Cup quarter final, losing 6-1 to Arsenal, but I did beat Southampton 3-1 in the 5th round.

Overall, not the best points tally at the end of the season that I have gotten from testing but I think if you ignore the start it perhaps has potential, especially as a 4-2-3-1 which does not seem to be very strong in FM20.

Note: some additional stats I have taken which I record for each tactic.
CCC = clear-cut chance created
CCC p/g is my team first, then opposition on the right