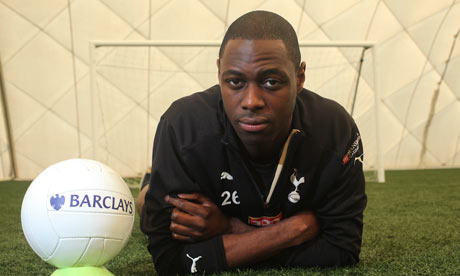 Ledley King has announced he is interested in taking up a managerial role after completing his coaching badges earlier this summer.

King, 31 years of age, retired from playing at the end of the 2011/12 season due to chronic knee injuries, but after completing his badges, he feels he is more than ready to step into a job soon, although he hasn't outlined how far down the league ladder he would start.

Job vacancies include Blackburn and Leeds at this moment in time, but if a club in League 1 or 2 comes knocking, you can bet King will be considered after this news.
​
H

Ledley King has wasted no time in getting a managerial job, as he has been introduced as the new manager of Bristol Rovers, after Mark McGhee parted company with the South West club.

After just a few days in charge at the Memorial Stadium, big changes have occured already. King has terminated the contracts of assistant manager Shaun North, under 18's coach Ken Oram and chief scout Lee Gee. To assist him with the running of the club, King has brought in former Macclesfield manager Gary Simpson in as his assistant manager. Simpson has experience first-hand in managing in League Two and will give King a wealth of knowledge into running the club.

Other additions in the backroom staff include the arrival of former Sunderland and Southampton scout Gavin Tait, who has signed as Chief Scout to replace Gee. Additional scout being brought in are ex-West Ham and Spurs defender Calum Davenport, who King knows from his time at White Hart Lane, and Glyn Chamberlain, who was assistant manager to Simpson whilst he managed Macclesfield.

As for the coaching setup, Nolan Keeley, former Cambridge coach, joins as a first-team coach alongside club icon Marcus Stewart. Sam McKee, former manager of Bangor Old Boy, joins the set-up as an under 18's coach, and perhaps the most surprising of all, former Leeds and Australia striker Mark Viduka has came in as Reserve Team manager. The experience of Viduka and King should rub off on the players as they try and gain promotion back to League One. 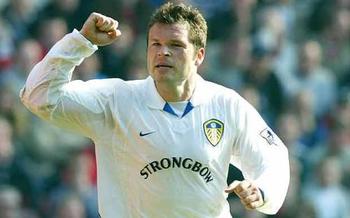 Viduka joins the coaching set-up at the Memorial Stadium.
​
H 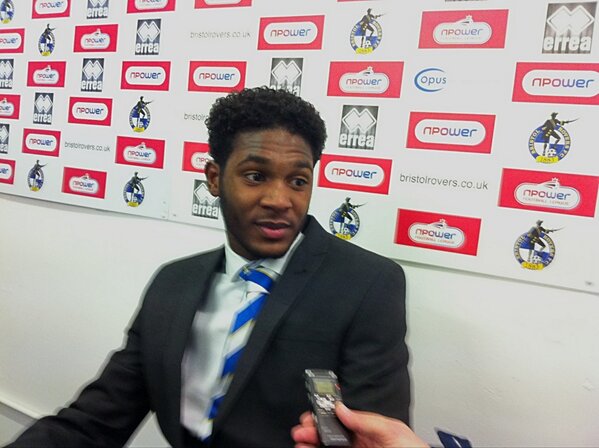 Youngster Ellis Harrison got his chance in the team during pre-season and could be a fixture during the season.

​
View attachment 327223
Bristol Rovers 0-0 Yeovil
Surprised that there were no goals. Yeovil played a strong team but my defence held out for the draw.

View attachment 327222
Brackley 0-1 Bristol Rovers
E.Harrison (34)
Brackley are 2 tiers below us so they'd put up a fight but it was a lone goal from the teenage prodigy Ellis Harrison that won the game. The boy has a bright future, expect him to be in and around the first-team this season.

View attachment 327224
Farnborough 1-0 Bristol Rovers
E.Hammond (44)
Shock result. Like Brackley, they're 2 tiers below, but Hammond pounced when our first-team was on the pitch. No effort was put in today.

View attachment 327225
Redditch 0-3 Bristol Rovers
R.Brunt (20), O.Tounkara (34), L.Brown (37)
Routine win although maybe I was a little harsh in putting my first team out in the first-half against them. I now have a dilemma for the first game of the season, against Stevenage in the Capital One Cup. 4 class strikers are at my disposal; Oumare Tounkara, Ryan Brunt, David Clarkson and new recruit JJ Hooper. It's going to be tough to choose just two.
P

Newcastle youngster JJ Hooper has signed for Rovers on a 2-year deal.

View attachment 327233
James Ashton - Free Transfer (DR, CM)
Ashton was released by Chelsea in the Summer, and after a trial at the club, he's signed on at Rovers until the end of the season. Ashton possesses good passing and technical abilities which should help him cement a spot in the centre of midfield.

View attachment 327236
Olukorede Aiyegbusi - Free Transfer (LB)
Aiyegbusi played in the MLS for Kansas City Wizards before his contract expired, and he's returned across the pond to sign for Rovers for a year. It'll be interesting to see if either he or Lee Brown commands the starting left-back spot, although Brown can also play at left-midfield.

View attachment 327234
JJ Hooper - Free Transfer (ST)
Hooper was released from his contract at Newcastle United in the summer, and was the star of the show in the English Trialists game only a few weeks ago, which prompted Rovers' interest. Swayed by manager Ledley King's words, Hooper signed on for the Pirates.

View attachment 327239
Steve Mildenhall - Goalkeeper
34-year old Mildenhall is an experienced keeper, on loan from Millwall after only 10 league appearances in 3 years for the Lions. Mildenhall will definitely be first-choice fixture this season, but Rovers may want to purchase a back-up as Scott Bevan is injured for 7 months with a broken wrist.

View attachment 327235
Mark McChrystal - Centre Back
McChrystal possesses everything you want of a League Two centre-back. Strong, a tackler, good in the air, determined and a team player, it's a shock to see that Tranmere were willing to let him go on a Free.

View attachment 327232
Fabian Broghammer - Left Winger
'The Hammer' is a new addition at the Memorial Stadium, and could be a fan favourite after some dazzling displays in pre-season. Broghammer has the pace and dribbling ability to shine in this league and will be one of the players King looks to in difficult situations.

View attachment 327238
Oumare Tounkara - Striker
Strong and quick, Tounkara signed on a free transfer from Sunderland this summer, and should be the number 1 choice up-front. His goals will be vital in Rovers' promotion push this season.

David Clarkson put Fleetwood to the sword as he scored a brace in a 4-1 win at Highbury.

​
Capital One Cup Round 1

View attachment 327295
Stevenage 1-0 Bristol Rovers
F.Morais (90+4)
Gutwrenching defeat. To lose it so late on was a killer blow, but at least we can focus on the league straight from the off.

View attachment 327294
Fleetwood 1-4 Bristol Rovers
J.Parkin (6) - J.Ashton (2, 54), D.Clarkson (68, 88)
Another good win, this time away from home, boosts the goal difference up. Ashton could have had a hat-trick from midfield, but squared the ball for Clarkson for the 4th goal. Ashton's first was a peach from 20 yards and won Goal of the Month. I'll have bigger challenges than Fleetwood but they're expected to be up there at the end.

View attachment 327292
Bristol Rovers 0-1 York City
A.Reed (52)
Oumare Tounkara warned us about the goalscorer before the game, having played with him at Sunderland however we couldn't close him down and he scored the winner from the edge of the box past Mildenhall. We will bounce back though.

View attachment 327293
Not a bad position from our first few games, the team is still bonding and i'm certain we'll be up there by the end of next month.

Three more free transfers came in before the end of the window. Cian Hughton will be backup at right back to Danny Woodards, Claude Gnapka, who is ex-Luton, will be a starter down the right hand side and Mirko Ranieri has potential but at this moment will be understudy to Mildenhall. 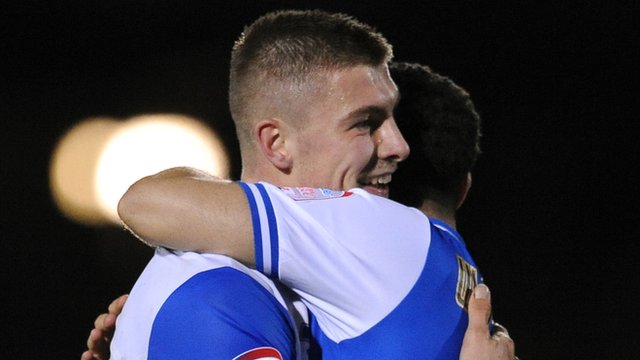 Ledley's Thoughts: Brilliant month for the lads, apart from the blip at Aldershot, which I put down to a loss of concentration, thinking the game was won. We scored lots of goals, mainly through David Clarkson and Ryan Brunt, who have established themselves as the forward pairing, but Tounkara is actively pursuing one of the spots. Happy with the contributions of everyone in the side, just need to shore up at the back, keep scoring and we will be in the top 3 very soon.
You must log in or register to reply here.
Share:
Facebook Twitter Reddit Pinterest Tumblr WhatsApp Email Link