Loftus to the top! - A joint story Former Q.P.R boss Neil Warnock earlier today handed in his resignation letter following a training ground bustup with three or four of his key players, which included Abel Taarabt. Warnock and Taarabt exchanged harsh words on the training ground yesterday after a "effortless performance" from the Q.P.R team in training. Warnock insulted several Q.P.R players when it wasnt needed before Taarabt stood up for his team mates and told Warnock to "f**k off" Warnock seemed appalled at Taarabt according to the other players and a fight nearly broke out between Warnock and Taarabt. Luckily enough, the other Q.P.R players were there to defuse the situation. Three players yesterday told the chairman Ishan Saksena that they would most definately leave if Warnock was still manager by the end of the week. Warnock stepped down with no fuss, he was earlier at hand at a press conference involving his sacking, he had this to say:​


"I was in the wrong. Yes I admit it. But I was very stressed with family troubles and alot of stuff on the day which was why I was so unreasonable with my actions. I tried to explain to the lads earlier today in training but none of them accepted my apology. I guess I really have made a mistake here and I treated my job here very highly, but I think I have done the right thing by stepping down and letting another manager come in because my actions were wrong and I know that. Thanks everyone. "​

Unknown manager Kyle Lomax has been thrown amongst the betting odds along with some great managers, including ex-Villa tactican Martin O'Neill, Ian Holloway and even ex-Blackburn manager Sam Allardyce. Who will get the job?​


Chris Hughton, former Newcastle manager has joined Q.P.R as manager, taking over from Neil Warnock after his resignation. Chris Hughton was a fan favourite at Newcastle, winning them the Championship in 2009/2010 and Hughton's Newcastle were 10th when he was sacked, which was dubbed a bad decision by Mike Ashley who installed Alan Pardew as manager. Chris Hughton will be looking for promotion this season with the likes of Paddy Kenny, Abel Taarabt and Matthew Connolly to work with.​
I

I thought your computer had broke :S
L

My computer did break. But I still had some money left over from christmas so I paid for it to get fixed.
I

LIVERPOOL4EVER said:
My computer did break. But I still had some money left over from christmas so I paid for it to get fixed.
Click to expand...

I gave up my Brighton story to do this so lets hope its a success!

Neil Warnock has missed the last couple of training sessions due to feeling under the weather. He went to the doctors who diagnosed him with panic disorder. The doctor suggested that it was because of his job and how it can be quite stressful.

Panic Disorder is an anxiety disorder that causes repeated, unexpected attacks of intense fear. These attacks may last from minutes to hours.

Due to this illness, Neil Warnock didn't reallly have a choice but to step down as QPR manager. Chairman Ishan Saksena has published this statement from the club:
'Queens Park Rangers send their condolences to Neil Warnock and his family and wish the former QPR manager to get well soon. This has caused Neil Warnock to step down as manager so we will be looking to recruit a new manager shortly.' ​ 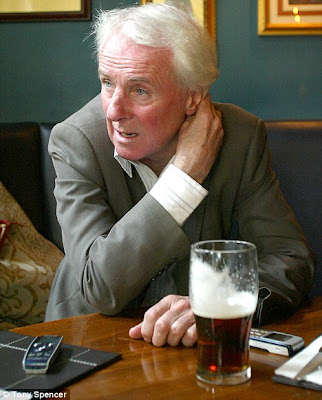 Voted QPR's best ever player in a 2004 poll, Stanley Bowles has finally gone into club management and has taken over his favourite club, Queens Park Rangers. Bowles made 315 appearances for QPR and scored 97 goals. His QPR career spanned for 7 years between 1972 and 1979. Since his retirement, he has written his autobiography and has been a Sky Sports pundit. He wore the famous number 10 shirt that many felt irreplaceable following Rodney Marsh's departure to Manchester City. The Mancunian began his love affair with the West London club upon his arrival from Carlisle United.

Since becoming QPR manager, Stanley Bowles removed 3 members of the backroom staff immediately. He has since appointed former QPR player Trevor Sinclair as his assistant manager. He did approach Les Ferdinand first but he had no interest in joining the backroom staff at Loftus Road. As well as Trevor Sinclair, Bowles has signed former Portsmouth player Mark Chamberlain as a coach and England's youth coach Simon Smith as a Goalkeeping coach.

Gonna post an update of pre-season and transfers soon everyone.
J

This a very good story mate, could you check mine out ?
L

Yeah will do mate. Thanks but we need more followers.
J

Chris Hughton wasted no time as he signed four players within the first week of his job at Q.P.R. Hughton is said to be very happy with his new signings, and that there is even some Premier League quality in his signings so he is especially happy to have got them.

Daniel Pachecho joins Queens Park Rangers on a season long loan. The Liverpool youngster is looking foward to getting some first team experience as he still thinks he has alot to learn as a player, even though he topped the 2010 UEFA European Under 19 Football Championship goal scoring charts, getting the Golden Boot with a total of four goals, including his goal in the 3-1 semi final win against England. Pachecho is clearly a very bright young talent.

Patrick Van Aanholt also joins on loan from Chelsea as he also looks to get some first team experience, having not played many games in a Chelsea shirt and the chances of Ashley Cole being pushed out of the team are VERY slim.

Hughton has also added an absolute bargain, signing former Middlesbrough striker Jeremie Alliadre on a free transfer. Alliadre is said to be estatic to join a club of Q.P.R statre and hopes he has alot of success there.

Bowles signs Fantastic Five​
Since taking over as QPR, legend Stan Bowles has signed a total of 5 players. The first signing was revealed earlier to be Seamus Coleman.

His second signing was this man:


Chris Wood was the second loan signing for Bowles. He is also at Loftus Road for the whole season.

I hope more updates will come.
Then I will follow this...
L