Millwall On Their Way Up


Shock at the Den as Newly promoted Millwall manager Kenny Jackett walks out. Reports are he wants to go back to his beloved Watford. Reports on who the next manager is going to be but favourite is unknown manager Tommie Redgrave.​

Redgrave Takes Over At The Den​


Although predicted 24th or last position Redgrave is aiming for a mid table finish. He has already confirmed to be looking to add depth upfront to partner Steve Morrison. Neil Harris will be used as back up seeing as he is getting on in years. He has also stated he would be hoping to get 6 points over last years rivals Leeds United and also added seeing as Jermaine Beckford has left them he will be hoping it should prove and easier job then last year.​
J


Millwall 2 - 2 Blackpool
(Borini X2)
Went on the field expecting to lose to this Blackpool side but pulled 2 goals ahead. After which we got to complacent and fell asleep at the back​


Only had around 100K to spend so i focused on loaning a few players in. Im happy with the loan signings of Kakuta and Borini who will add skill and finishing in the team which we need. Matt James was loaned for back up purposes but has the potential to start games. i feel Pinsoglio was a good cheap buy fo us. He is just as good as Forde i feel and is young at only 19​
Last edited: Jun 19, 2010
T


League Cup 1st Round
Millwall 4 - 1 Yeovil
(McCarthy O.G., Morison, Harris, Hackett)
Dominated this side like i would have hoped and now hope for another performance like this next round​


NPower Championship
Ipswich 2 - 0 Millwall
We where unlucky in this game. We had chances but they caught us on the quick brake twice​


League Cup 2nd Round
Swansea 0 - 4 Milwall
(Harris, Hackett, Borini, James)
They went a man down early on and we capatilised on the advantage. Also some poor goalkeeping helped with James goal.​


NPower Championship
Millwall 4 - 0 Cardiff
(Hackett, Morrison X2, Harris)
We im as suprised as you. Dont know where the performance come from but i hope we keep it up.​


Well where happily sat in 16th position. Its very tight in the league at the moment with 1 win could push up to around 10th position but also 1 loss could drop us down to 22nd.​


Player Of The Month
Steve Morison

With 4goals, 2 assists and 2 Man of the matches Morison has proved non league players can perform at a high level​
Last edited: Jun 19, 2010
B

i started a millwall save mate, got them promoted via 2nd place take a look at Fred Sears,Nacer Barazite,Tim Sparv on loan
T

Thanks will do. I got Blackpool in 3rd round of League Cup so i rekon i could get 2 4th round if we play like we did in the friendy with them
T


NPower Championship
Derby 0 - 3 Milwall
(Morrison,Harris,Smith)
Went two up and Derby gave up and gave away a silly penalty and Jack Smith calmly placed it in the corner​


I like where we are at the moment. I am not focusing on promotion this season as i feel we could not compete in the premiership with this team so i am focusing on building a good team before promotion.​


Player Of The Month
Neil Harris 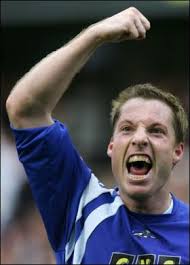 It couldent have been anyone else. He has showed that the old dogs still have it.​
T

NPower Championship
Millwall 3 - 3 Scunthorpe
(Borini, Morison, Harris)
Close game and i thought we won it when Harris scored in the 89th minute but they equalized in the 95th out of 3 minutes added time

NPower Championship
Norwich 0 - 3 Millwall
(Borini, Harris X2)
Great game and result for us as we prove where a force in this league

Again we sit in 10th position with it still being tight mid-table. I hope we can just keep up our run of form

Player Of The Month
Fabio Borini 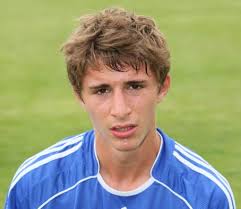 The 19 Year old has proved his worth whilst being on loan by banging in the goal.​
J

Yh i was supprised at how we played in that game. i changed to 3 upfront in that game and it worked.
T


NPower Championship
Millwall 2 - 0 Swansea
(Borini, Kakuta)
We put in a great performance and Kakuta scored his first goal with it being a 30 yarder​


NPower Championship
Millwall 2 - 1 Barnsley
(Harris, Morison)
Lucky in this game aswell but our men upfront finished when we needed them to​


Well we have moved to 8th Position and if we really wanted to i think we could push for play off positions.​


Player Of The Month
Gael Kakuta 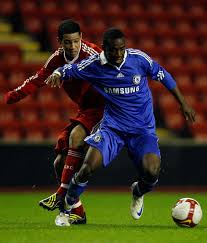 NPower Championship
Middlesbourgh 0 - 3 Millwall
(Borini X2, Batt)
A shock win for us but we will take it

Well i know i said i aint going to push for promotion but its January now and with some good signings we could keep a play-off spot.

Player Of The Month
Chris Hackett 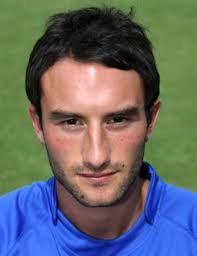 A great month for Chris. He scored a few vital goals and some assists.


FA Cup 3rd Round
Millwall 3 - 0 Middlesbourgh
(Borini, Abdou, Hackett)
Well a great win which see's us face our rivals West Ham in the next round​


NPower Championship
Millwall 2 - 0 Ipswhich
(Borini, Harris)
A great win which see us over take Ipswhich in the league​


NPower Championship
Leicester 0 - 2 Millwall
(Harris, Robinson)
Well our Captain Robbo today showed us how to finish in the 2 nil win​


FA Cup 4th Round
Millwall 1 - 0 West Ham
(Laird)
They dominated all game but when we scored we put every man behind the ball and held to the end. We now face Leeds United in the next round​


NPower Championship
Millwall 3 - 0 Hull City
(BoriniX3)
We what can i say our star man popped up not once, not twice but three times​


Player Of The Month
David Forde 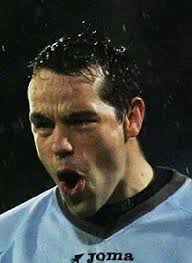 Thanks Mate I Will Do
F

Im following pal! Good luck and you have a nice way of writing up your stories