Most odd FA Cup Final ever?

I'm managing Cardiff and I was shocked I managed to get to the final (considering I've just been promoted and I'm surrently 17th) let alone have such an odd opponent.
My route to the final has been oddly easy. With Nottm Forest, Leicester, Notts County (knocked out Chelsea), Aston Villa and then Wolves in the Semi-Finals.
Bristol also avoided any big teams until the semi-finals were they beat Man City 1-0. They played Exeter, QPR, Reading, Barnsley and Man City.

This is also only my second season, which makes it even more peculiar. 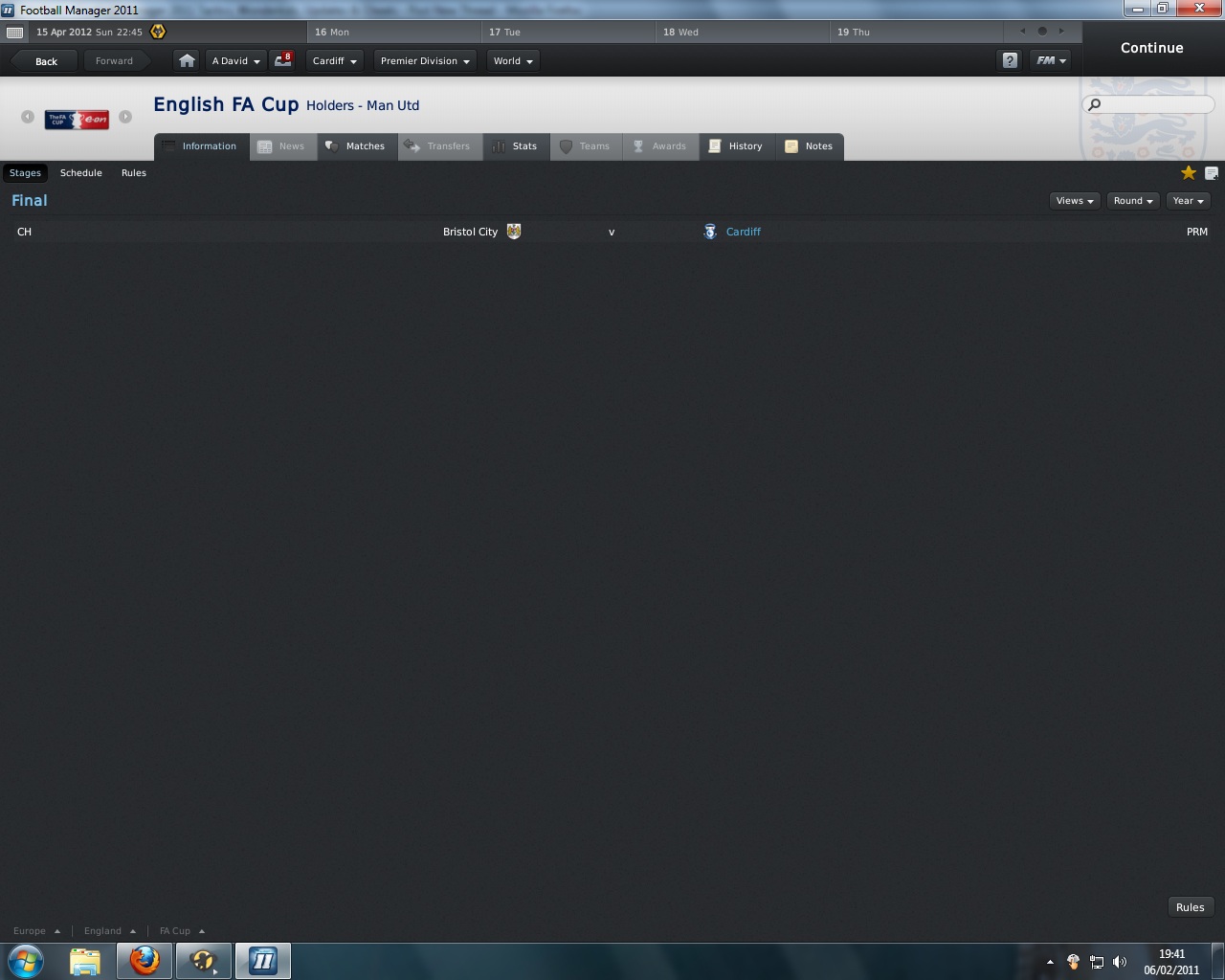 Funny/Random Things in FM.
A