My First FM 11 Game and Story: The Dream of the Dragon-A Story of the Welsh Side

This is my first game in and story about FM 11, so please do suggest ways of improving it. And since I love managing national teams than clubs where I just cannot withstand the transfers and the bickering that goes on all through the year-pure personal opinion-, I chose Wales- a team ranked in the eighties at the moment but with a great future. 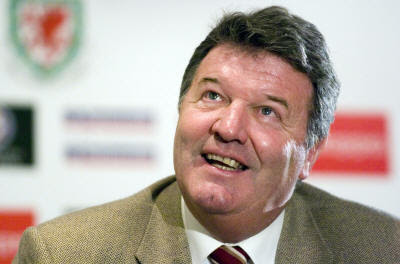 The Welsh Football Association today announced in a brief statement the retirement of incumbent Welsh coach John Toshack. Sixty one year old Toshack, a Welsh international himself, had decided that the strains of staying and managing a football team was too much for him and that he had taken the decision after consulting various sources. The Welsh FA wished him all the best in his future, a sentiment reciprocated by the former Welsh boss later in the day.

The Welsh FA also indicated that potential replacements were shortlisted and they would be approached one by one.

Approximately week after the departure of John Toshack, the Welsh FA have today announced the appointment of former English international Daniel Robertson as the new man in charge of the Welsh national team. Robertson, a thirty five year old defensive midfielder, whose international and club careers were cut off prematurely at the age of twenty seven following a deadly challenge sustained in a Premiership match for Liverpool against Blackburn.

Robertson was born Scottish but was called up to the England side at the age of 21 in a friendly against Argentina. He made his debut then as a seventy third minute substitute. He had then become a regular for the English side going on to make 35 appearances and scoring eight goals. His club career saw him turn out for Leeds United, Preston North End and finally at Liverpool-the club where his career ended.

After two years in hospital, Robertson joined Newcastle United as a youth coach before moving on a year later to Everton as a first team coach. His last promotion before the Welsh job was working as the Polish Under-21 team manager.

Robertson is delighted at getting his first job as a manager and even though he is English, he insists that he is now a 'Welshman at heart with an English passport.' Robertson's first game in charge will be a friendly against Azerbaijan at Baku.

I have altered history a little bit over here. John Toshack was replaced by Gary Speed in real life because of poor results in 2010 against Croatia and because of a loss in the opening game of the Euro 2012 Qualification.

Next Post: First statement from Dan Robertson + Changes in the Welsh Backroom Staff + Results from friendlies against Azerbaijan, Luxembourg and Paraguay along with Euro 2012 Qualifier action against Montenegro.

AND LIKE I SAID ABOVE, ANY AND ALL SUGGESTIONS ARE WELCOMED.

So, two days after Daniel Robertson took charge, he landed at the International Airport at Baku to join the Welsh side which was already in Azerbaijan for the friendly next day. On the way to the team hotel, he gave a brief interview to BBC Sport. In this rather free flowing interview, he let slip a few hints about the changes to come during his reign as the Welsh manager.

There has been a lot of events to cover over the last few days across the border in Cardiff. As the dust settles upon the events of last week, which saw the previous Welsh manager resign and a new one take up, BBC Sport catches with the new man at the helm of affairs and questions him as the team car takes him to the hotel in Baku, where Azerbaijan play hosts to Wales tomorrow in a friendly.

As the new manager of the Welsh side, you must be under a lot of pressure?

Yes, this is a great team with a great future and it is a team that has the potential to play at the top level but is just not able to at the moment. So yes, this is a huge task but one that is possible to do. And given the fact that this is my first major senior team appointment as manager, the pressure is even more on me. But I feel I can handle it.

Across Wales, there have been some disagreement over your appointment considering the fact that you are English and have played for England?

Now, I have heard people say that but definitely, I feel that what matters is the ability to do the job and not your history. Ultimately, when you manage a team, we must manage it with all our heart. It is willingness, passion and hardwork that matters and not your nationality.

Would you be bringing any major changes to the playing style of the team?

Definitely. Each manager has his own style and his own tactics. And I am no exception. I will be bringing in my own style but will tweak it according to the team's needs.

And the Backroom Staff?

Oh yes, that area is going to see a lot of changes. I believe that a good team always has a great backroom staff helping out. Everyone from the level of a physio to an assisstant manager has a role to play in the development of the club. They are as important as the players themselves.

At this point, the team car reaches the hotel and manager Robertson has to go in to meet his staff and players, leaving me to ponder upon his statements and what changes Wales is going to face.
​

Daniel Robertson's first game in charge as the Welsh national team manager came on the fifth of June, 2010 against Azerbaijan away from home. Greeted warmly by the 20365 spectators who were attending the game, and somewhat too warmly by the sun, Robertson should have been and was delighted by the show that the boys in red put on for him despite the absence of Arsenal playmaker Aaron Ramsey through injury and a rested Gareth Bale.

True to his word, Robertson did not change any tactics and let his team play natural football. Playing a traditional 4-4-2 with a more defensive mentality, the Welsh team played amazingly well. While the Azerbaijan team looked competent while going on the attack, their defense could not cope up with the raw pace of left winger Brian Stock. Joe Ledley and John Oster too looked very able in midfield.

But the star of the match was Bristol City striker Sam Vokes, who got himself on the scoresheet thrice. Helped on by his more experienced strike partner Craig Bellamy, the young lad put up a mind blowing performance to give Robertson a perfect debut as a manager.

The first goal of the match for Vokes came in the 23rd minute when John Oster received the ball down the left flank and then sent in an aerial ball above two defenders to Vokes, who made no mistake in his first touch and the volley that followed, blasting it into the top corner.

The next one followed when Wales hit Azerbaijan on the counter, with Bellamy taking the ball down the right wing before crossing one for Vokes to header in from five yards, giving the keeper no chance.

The last one came in the 57th for Vokes, when a pass towards the area fell at his feet. Twisting and turning past three Azerbaijan defenders, the striker fired in a low shot which struck the bottom corner.

Azerbaijan did attack a lot but their strikers did not come up and hit the target.

So, that was how Robertson's first match went. Following the match, Robertson returned to Wales to have discussions with the Welsh FA on various issues such as the backroom staff, captaincy and fixtures. The Welsh FA was more than just receptive to Robertson's proactive approach and began the process of a complete overhaul of the Welsh setup.

During his meeting with the FA, Robertson discussed the possibility of terminating all the contracts of those currently empoyed with Wales. It was a possibility that the Welsh FA immediately agreed to and over the next few days, the contracts of all the backroom staff were torn up. In relation to backroom staff, Robertson also explored the possibility of sending out advertisements for backroom positions. They included Assisstant Manager, Under-21 and Under-19 team managers, Coaches, and Physios.

Over the course of the next week, a series of appointments were made to the coaching staff, and all of them were high profile. Manchester City's Ivan Carminati, Manchester United duo Rene Meulensteen and Ole Gunnar Solksjaer, Arsenal's Boro Primorac and Spanish coach Franco Ayestaran made up the coaching staff. World class Belgian physio Lieven Maesschalck, English physio Derek Wright and Danish physio Johannes Breum, all joined the medical staff.

But the crowning achievement came when Robertson himself announced the appointment of Roberto Mancini, the Manchester City manager and Frank Rijkaard, the former Barcelona man as their new Under-21 and Under-19 coaches along with Johan Neeskens as Assistant Manager giving a final look to the backroom staff.


Due to lack of time, I will not be able to post the updates on the matches against Luxembourg, Paraguay and Montenegro in this post. The next one is sure to have these three.

GUYS I AM NOT CONTINUING THIS STORY AS NO ONE SEEMS TO BE INTERESTED. INSTEAD, I WILL BE STARTING A NEW STORY WITH MOST PROBABLY A CHAMPIONSHIP SIDE. BUT IF I DO GET INTERESTED FOLLOWERS, I MIGHT CONSIDER GOING BACK TO WALES.

As a proud Welshman this story kicks ***

Keep going, you'll gain followers if you keep at it.
B